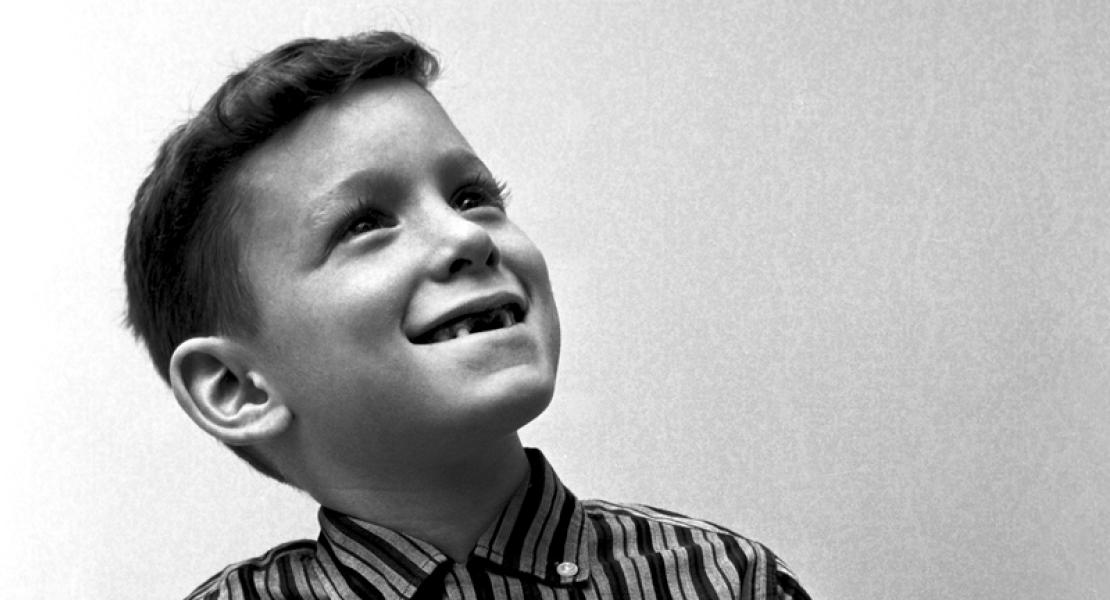 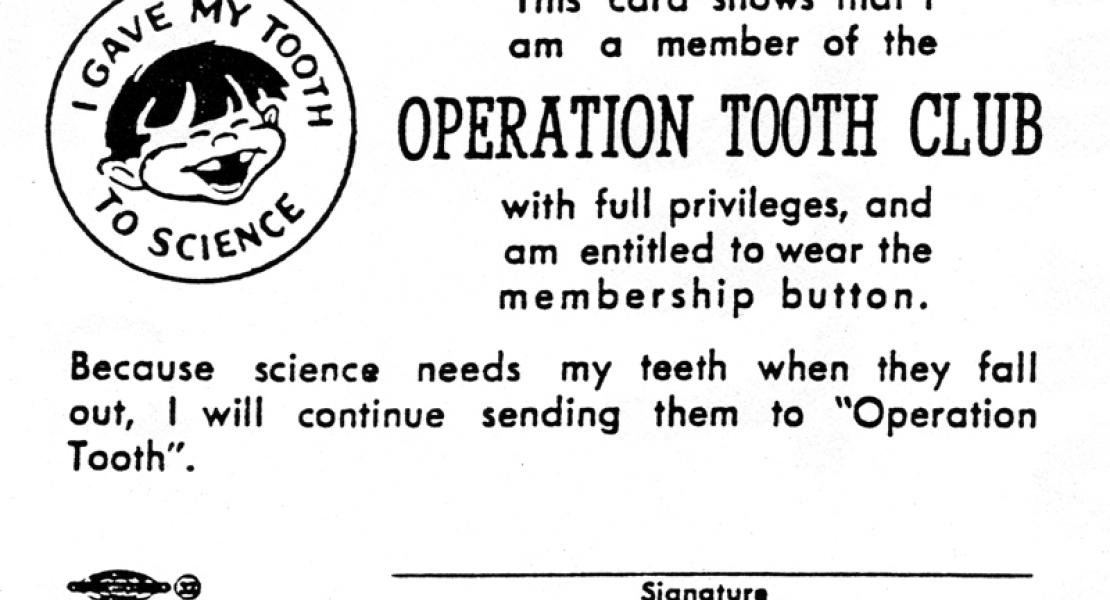 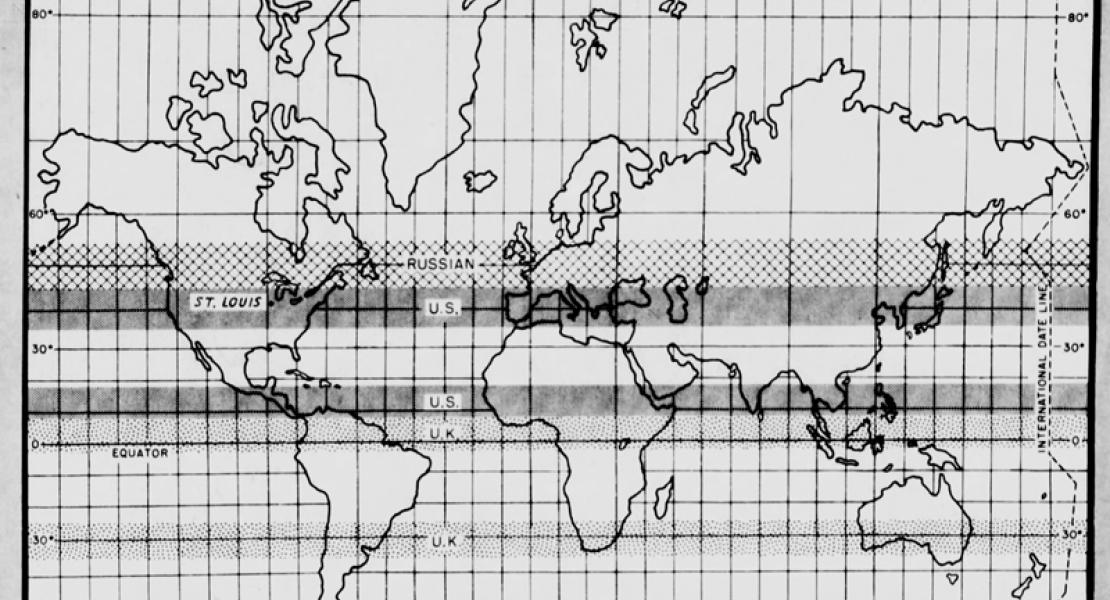 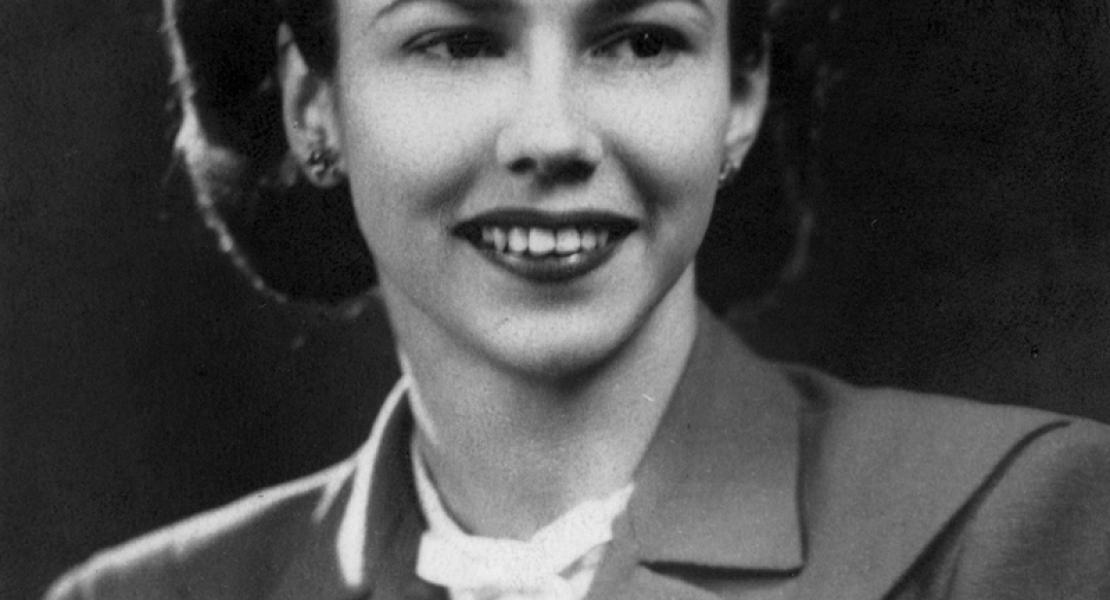 The Baby Tooth Survey was formed in 1958 by the Committee of Nuclear Information, a grassroots organization that included prominent scientists and citizens in St. Louis. Under the direction of Louise Zibold Reiss, a physician, the Tooth Survey collected hundreds of thousands of baby teeth from children born in the 1950s and 1960s in the St. Louis metropolitan area, using them to measure exposure to radiation from above-ground nuclear weapons tests conducted during the early years of the Cold War. St. Louis’s Baby Tooth Survey became a marvel of environmental activism, and its findings led to significant policy changes regarding nuclear weapons testing.

After the Soviet Union’s first successful nuclear weapons test in 1949, the United States kicked off a series of tests of its own. By 1958, dozens of above-ground tests had been conducted by the Americans, Soviets, and British, exposing humans the world over to dangerous nuclear fallout. An inaugural Atomic Energy Commission study, called “Project Sunshine” to deflect attention, measured the amount of radioactive particles in local cow’s milk in 1955. St. Louisans grew alarmed when the US Public Health Service’s 1956 report suggested that the St. Louis region was a “hot spot” for radioactivity. That year, several faculty members at Washington University, including the biologist, activist, and future presidential candidate Barry Commoner, former Manhattan Project physicist Edward U. Condon, physicist John Fowler, pathologist Walter Bauer, and Louise Reiss’s husband, Eric, a professor of medicine, voiced their concerns. Alarmed scientists and citizens founded the Committee for Nuclear Information (CNI) in March 1958 at a meeting organized by Edna Gellhorn, former president of the League of Women Voters in St. Louis. The 185 charter members included thirty-six doctors (most of them academic and nearly all men), nine Christian ministers (Catholic and Protestant), and three rabbis. The group included ninety-three women, more than half the total membership.

The CNI began disseminating information to the public through its flagship journal, Nuclear Information, with the activist and writer Virginia Brodine serving as the journal’s editor. Brodine quickly became a sort of liaison between the scientists who wrote for the journal and readers who did not possess a particular background in science. It was the Baby Tooth Survey, however, which became the CNI’s most important project. Johns Hopkins University biochemist Herman Kalckar had devised the ingenious idea in a 1958 article for the international scientific journal Nature. Kalckar noted that the isotope strontium-90, a byproduct of nuclear fallout, followed the normal pathways of calcium and therefore collected in cow’s milk, which children consumed while their deciduous teeth were forming. Hypothetically, if scientists could collect enough baby teeth, they could measure the uptake of Sr-90 in humans. The CNI set out to test this hypothesis, and in 1959 the Public Health Service awarded it several large grants to build a world-class laboratory at Washington University’s School of Dentistry in cooperation with the School of Dentistry at Saint Louis University. The lab included a massive shield Geiger counter made with two 250-pound steel plates carved from the hull of a decommissioned World War I battleship; it was capable of precisely measuring Sr-90 levels in samples of crushed baby teeth.

The lab at Washington University did not become operational until 1961, but by then Louise Zibold Reiss had mobilized scores of committed female volunteers, who coordinated “Tooth Roundups” in St. Louis’s schools and cataloged tens of thousands of teeth each year. The Baby Tooth Survey’s media campaign targeted children in broadcasts on local children’s television programs, including Captain 11 Showboat, Romper Room, S.S. Popeye, and Wrangler’s Cartoon Club. “Any child with a wobbly baby tooth is a person of consequence in St. Louis, Mo.,” announced Newsweek magazine in a story about the Baby Tooth Survey on April 25, 1960. Children who donated their teeth became official members of Operation Tooth Club, receiving a certificate and a shiny button that read, “I Gave My Tooth to Science.” By 1969, when the project came to a close, more than three hundred thousand baby teeth had been collected, and similar studies had been established in New York, Los Angeles, and Montreal, as well as in Japan and Germany. The tests provided conclusive evidence for elevated levels of Sr-90 in children born during the years of above-ground nuclear weapons tests—a powerful proof of widespread exposure to radioactivity due to the nuclear arms race.

Backed by the data, the environmental activists of St. Louis played an important role in pressuring the US government to cease above-ground testing. Grassroots activism and the Baby Tooth Survey probably contributed to President Dwight Eisenhower’s decision to temporarily halt hydrogen bomb tests in 1959. Members of the CNI continued to inform the public and to report to special congressional hearings, and in 1963 the Baby Tooth Survey’s announcement that Sr-90 uptake in children had increased thirty-fold since 1951 preceded the swift passage of President John Kennedy’s Nuclear Test Ban Treaty between the United States, Great Britain, and the Soviet Union. Harold T. Blumenthal, the main supervisor of the lab at Washington University, later estimated that if nuclear testing had continued at the same rate as it did in 1962 until the end of 1965, St. Louis one-year-olds would have experienced a hundred-fold increase in Sr-90 absorption.

With weapons test bans in place, the city’s anti-nuclear activists began turning their attention to other important environmental issues under the direction of the aptly renamed Committee for Environmental Information. The ideas and strategies developed over the lifespan of the Baby Tooth Survey guided efforts to address other sources of environmental pollution and continued to influence later generations of environmental activists.