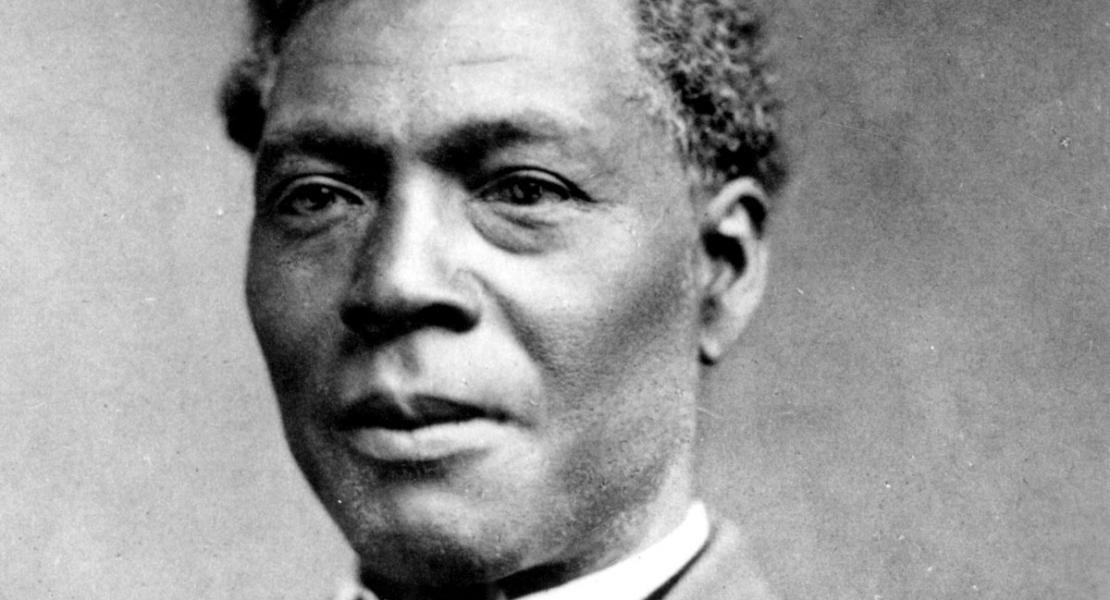 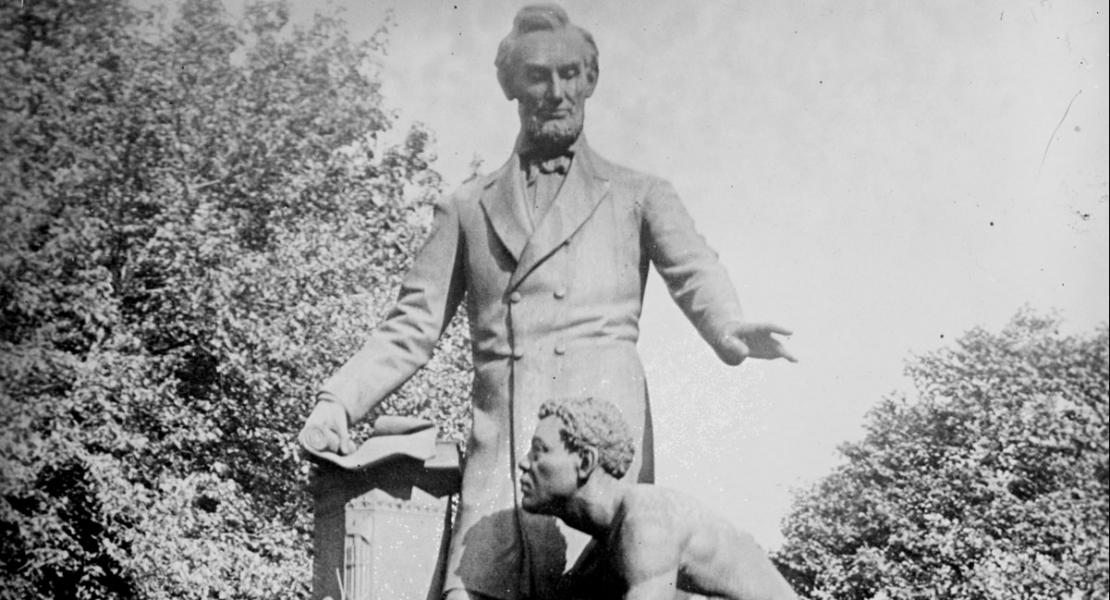 On April 14, 1876, the eleventh anniversary of Abraham Lincoln’s assassination, a handsome bronze statue called the Freedmen’s Memorial Monument was unveiled in Washington, DC. The piece presented two figures: Lincoln and a newly freed slave, just rising from his knees and grasping a broken chain. The statue, in Washington’s Lincoln Park, was erected with funds that included contributions from hundreds of former slaves wanting to honor the president who had proclaimed their freedom in 1863. But it also commemorates a slave, Archer Alexander, who found refuge in St. Louis during the Civil War and later served as the model for the freedman in the statue.

The moving force behind the statue was William Greenleaf Eliot, a prominent Unitarian minister in St. Louis. Eliot had rescued Alexander from slavery, employed him, and became his friend. In 1885 he published a moving biography, The Story of Archer Alexander, in which he wrote, “I never knew a man, white or black, more thoroughly Christian . . . in all conduct and demeanor.”

As Eliot described it, Alexander was born in 1828 in Virginia on the plantation of a Reverend Delaney. When Alexander was a young boy, his father was sold south to pay Delaney’s debts. Delaney died soon after, and his son, Tom Delaney, then moved to Missouri, taking Alexander with him. Alexander’s mother, left behind, died within months. Tom Delaney spent several years in St. Louis, hiring Alexander out to local brickyards. But Delaney was a spendthrift and needed money; he sold Alexander, who had married an enslaved woman named Louisa, to a farmer Eliot identified as living on the border between St. Charles and Warren Counties. “James Hollman,” the name for the farmer given by Eliot, was actually a pseudonym for Alexander’s real owner, R. Hickman Pittman of St. Charles County. Alexander spent more than twenty years as Pittman’s slave, serving as a kind of overseer on his farm. Meanwhile, he and Louisa had become parents of a large family; some of the children, though, had been sold or sent away by Pittman.

On the eve of the Civil War, Alexander listened to the political talk that swirled around him. He decided, Eliot wrote, “that freedom was his rightful inheritance, under the law of Christ. . . . He had pretty well outgrown the spirit of bondage, and . . . was quite prepared to do his part in breaking his chains.” In February 1863 he got his chance: he slipped a warning to Union troops that a bridge they planned to cross had been sabotaged by Southern sympathizers. Under suspicion, Alexander had to flee. Kidnapped by slave catchers, he managed to escape and make his way to St. Louis, where he looked for work in a downtown public market.

Luckily for Alexander, Eliot’s wife was also there, hoping to hire a servant. She brought him to her home, where Eliot guessed that the reticent Alexander was a fugitive slave. Years earlier, Eliot had declared in a controversial sermon that he would never return a fugitive slave to his master. But how to prevent possible recapture? He hurried to the local provost marshal’s office, where he received a permit to keep Alexander for thirty days. He then asked a judicial friend to write to Pittman, offering him six hundred dollars if he would renounce any claim to Alexander, whom Eliot intended to free. But Pittman sent back a verbal threat: “He’d have the nigger yet,” Eliot paraphrased, “and take it out of his black hide.”

Two days before the permit was to expire, Alexander was kidnapped by slave catchers, who had clearly been sent by Pittman. With the help of the provost marshal, Eliot managed to find Alexander and keep him safe until Missouri’s emancipation ordinance was passed on January 11, 1865. Alexander and his wife were reunited, but in 1866—against Eliot’s advice—Louisa decided it would be safe to return to Pittman’s house for some things she had left behind. The possessions came back without her. Pittman sent word that Louisa had died, two days after her arrival, of a mysterious sickness.

In 1869, Eliot was working on behalf of the Western Sanitary Commission, a St. Louis–based relief organization that aided Civil War victims, to erect a statue honoring Lincoln. Sculptor Thomas Ball had a model already made that Eliot thought was suitable, but the commission wanted it to represent a real freedman, not an idealized figure. Eliot gave Ball a photo of his employee, Archer Alexander, which Ball used in completing his work. A sparkling array of dignitaries attended the monument’s 1876 unveiling, including the president, Ulysses S. Grant, as well as members of Grant’s cabinet, Supreme Court justices, senators, and foreign ministers. Renowned orator and black leader Frederick Douglass, himself a former slave, gave an address. Neither Eliot nor Alexander was present. But four years later Eliot was at his friend’s bedside when Alexander died on December 8, 1880. Archer Alexander’s last words, Eliot wrote, “were a prayer of thanksgiving that he had died in freedom.”

The Freedmen’s Memorial, also known as the Emancipation Memorial, still stands in Washington, DC, with a smaller copy in the Mildred Lane Kemper Art Museum collection at Washington University in St. Louis. The monument has stirred controversy due to its depiction of a ragged black man kneeling before a tall and heroic Lincoln. Douglass reportedly said that “it showed the negro on his knee when a more manly attitude would have been indicative of freedom.” Yet historian Kirk Savage remarks that despite frequent criticism of the slave figure as seemingly “responding to salvation bestowed unexpectedly from above, rather than feeling the impulse for freedom from within,” the Freedmen’s Memorial has also been a much-reproduced symbolic image of the successful struggle for emancipation.

Alexander, Errol D. The Rattling of the Chains: A True Story of an American Family. Bloomington, IN: Xlibris, 2015.