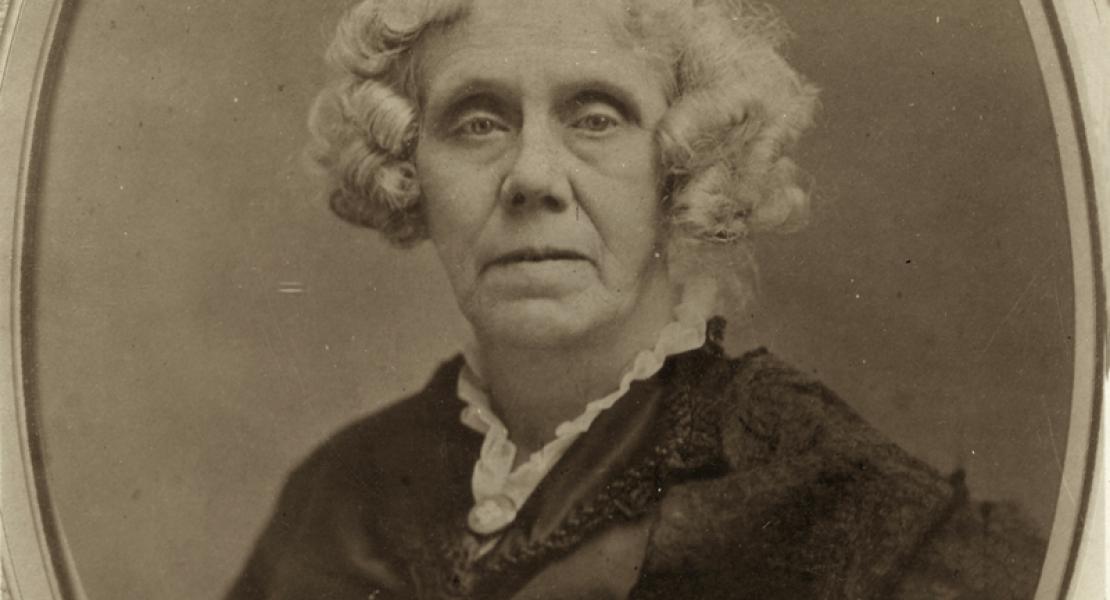 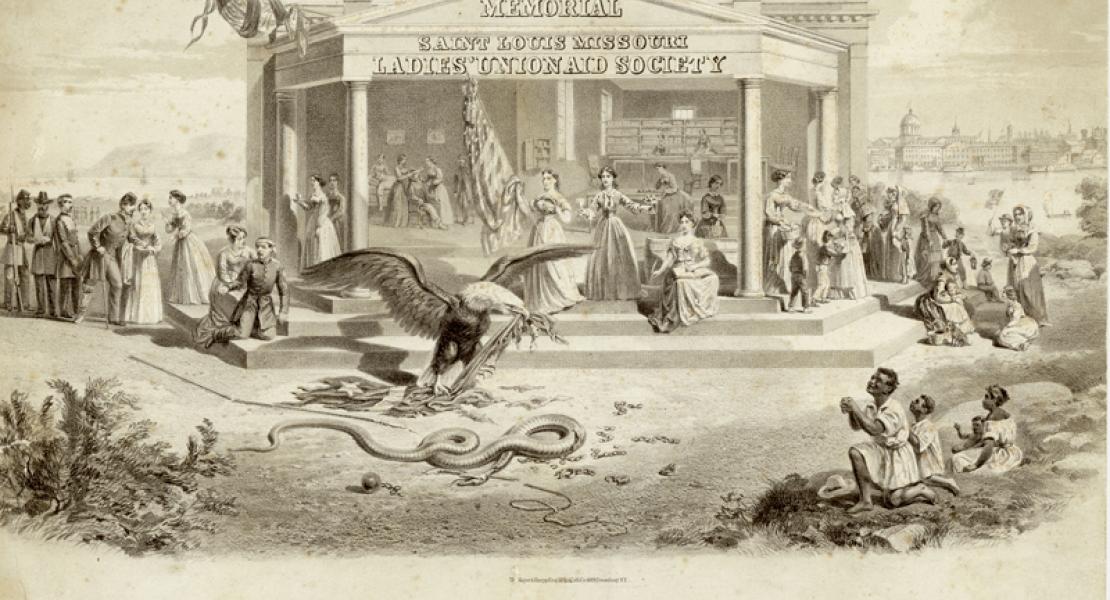 Anna Lansing Clapp, president of the Ladies’ Union Aid Society (LUAS) of St. Louis, was born on August 28, 1814, at Cambridge, New York, to parents of Dutch ancestry, Harmanus Wendell and Catalina Hun Lansing. After completing her education at Albany, Clapp taught for three years in the school of the Reverend Nathaniel Prime in Newburgh, New York. In 1838 she married Alfred Clapp and moved to Brooklyn, where she joined several benevolent organizations and served as treasurer of the Industrial School Association. The couple relocated to St. Louis just before the outbreak of the Civil War when her husband became president of the Missouri Mining Company.

Initially forced to maintain a low profile because of secessionist sentiment, the LUAS of St. Louis first met in the home of Mrs. Frank Holy on July 26, 1861. Clapp was elected president of the organization in the fall and served in that capacity until the group disbanded in 1869. Operating under her able leadership and working in concert with the Western Sanitary Commission, the LUAS provided ancillary care to the thousands of wounded soldiers shipped to St. Louis hospitals for medical treatment throughout the war.

The organization maintained office space, together with the Western Sanitary Commission and the Army Medical Corps, at City General Hospital. As the wounded from battles waged in the western department flooded into the city, society members organized visiting committees, wrote letters home to families, and supplied food and hospital stores. They also distributed religious materials under the auspices of the Christian Commission and sent nursing escorts onto the battlefields to accompany soldiers back to St. Louis on floating hospitals outfitted by the Western Sanitary Commission.

Clapp’s political prerogatives clearly shaped the society’s constitution, for members were required to show “satisfactory proof” of Union loyalty and demonstrate a willingness to use their “influence in advancing the cause of the same.” The preamble originally guaranteed aid only to soldiers in the US Army, but because of the number of Confederate soldiers detained in St. Louis during the war, it was amended in November 1863 to include all “who suffer in the cause of the Union, and also sick and wounded prisoners of war.” By 1863 LUAS members were lending support to the Western Sanitary Commission Refugee Home, the Gratiot Street Prison Hospital, a special diet kitchen at Benton Barracks Hospital, and 684 destitute soldiers’ families.

Clapp’s consummate administrative abilities also provided the necessary ingredients for corporate viability beyond the spheres customarily limited to nineteenth-century women, for LUAS members not only documented their contributions to the war effort by submitting daily visiting-committee summaries and publishing annual reports but also set an example for other aid societies around the country. The women staffing the special diet kitchen at Benton Barracks served 19,382 meals between May and October 1863 alone, and their operation became a model for similar enterprises elsewhere. The LUAS also secured a government contract for the manufacture of hospital garments in 1862, and Clapp went to Washington, DC, to ensure its renewal in 1864.

All society goods and monies were either contributed or earned by such efforts or through participation in community fund-raisers such as the Mississippi Valley Sanitary Fair in 1864. Overall, the LUAS paid five hundred soldiers’ wives to assemble hospital garments and otherwise supplemented their wages with a monthly appropriation from St. Louis County’s War Relief Fund. Fund-raisers netted $17,675 during the 1863–1864 fiscal year, and the Western Sanitary Commission donated $50,000 from the proceeds of the Sanitary Fair to the society. All funds were distributed to those in need.

In the aftermath of the war, Clapp continued to contribute to the social welfare of the St. Louis community as president of the Western Female Guardian Home (1865–1869) and director of both the Colored Ophans’ Home of St. Louis (1868) and the St. Louis Protestant Orphan Asylum (n.d.). She also officiated at the first woman’s suffrage meeting at the Mercantile Library on May 8, 1867. Later tied to the national woman’s suffrage movement, the group was thereafter called the Women’s Suffrage Association of Missouri.

Buried at Bellefontaine Cemetery after her death on December 6, 1889, Clapp left both the example of a lifetime of community service and a spirited testimony of Union loyalty amounting to legend: when Clapp’s secessionist neighbors attempted to seize her Union flag by force in April 1861, she stopped them immediately by declaring: “You can only reach that flag over my dead body!”