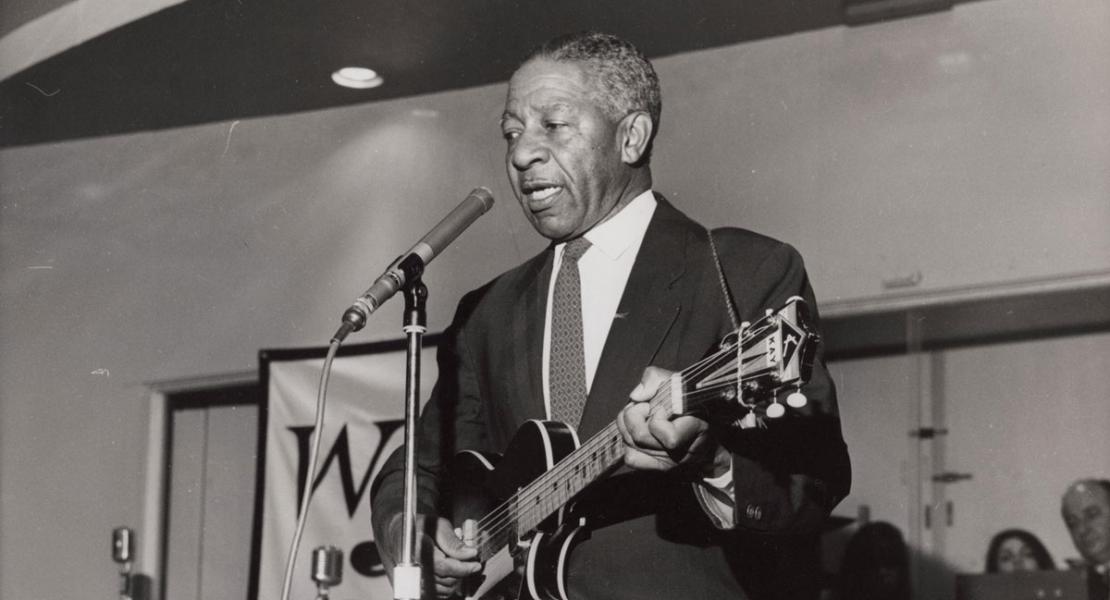 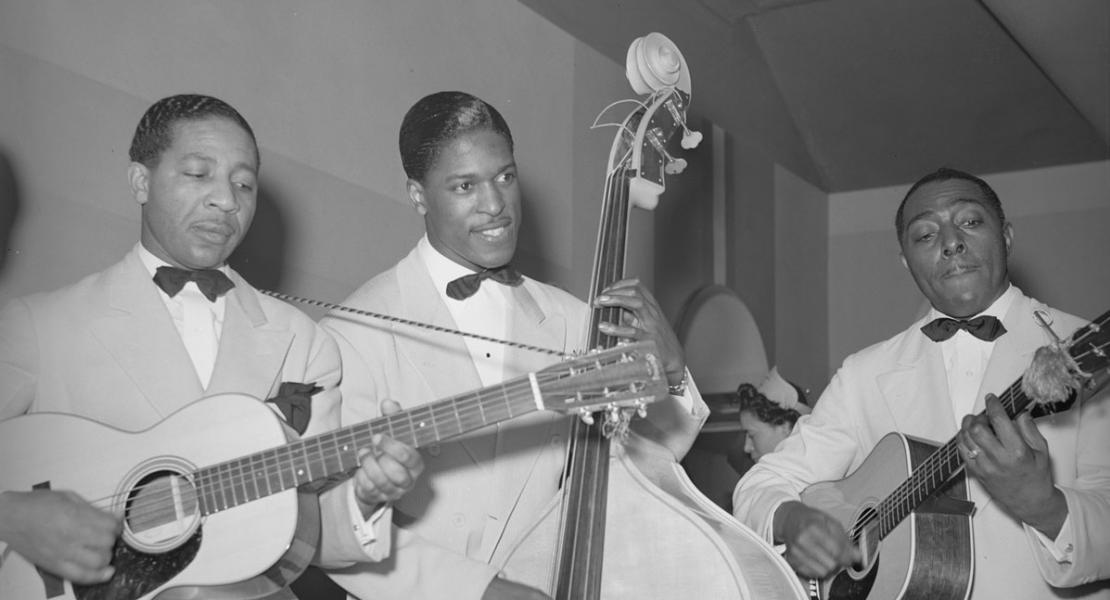 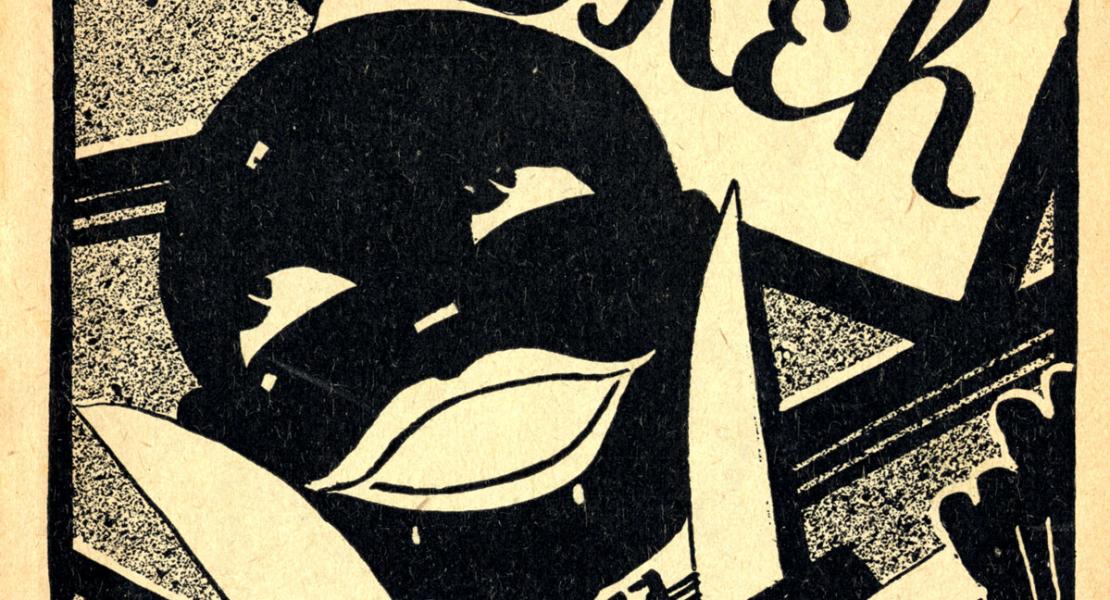 Alonzo “Lonnie” Johnson was an extraordinarily gifted blues guitarist and talented singer who pioneered a sophisticated, jazz-inflected urban blues guitar style. Although the year of his birth remains disputed, Johnson probably was born on February 8, 1889, in New Orleans, Louisiana. He grew up hearing an eclectic mixture of musical styles ranging from jazz, ragtime, and country blues to old-time country, European classical, and Tin Pan Alley. His father, a violinist, led a string band, and Johnson’s six brothers and five sisters all played instruments.

Johnson dropped out of school and went to work in a lumberyard as a teenager. In 1910 he began performing as a violinist and guitarist in the brothels, saloons, and cabarets of Storyville, the red-light district of New Orleans. In his mid- to late twenties, Johnson also played with his father’s band at weddings and festivals and on street corners around the city, and performed in local theaters with his brother James “Steady Roll” Johnson, who played piano and violin.

Between 1917 and 1919 Johnson toured England and continental Europe with a musical revue company. While he was abroad, all his family except James died when the Spanish influenza epidemic swept through New Orleans. Deeply saddened by this crushing loss, Johnson took his music on the road, first to Texas and then, in 1920, to St. Louis. He settled in the city and, according to blues historian William Barlow, eventually established himself as the “most influential musician in St. Louis blues circles during the 1920s.” Between 1920 and 1922 Johnson and his brother worked professionally in St. Louis as violinists in Charlie Creath’s band, the Jazz-O-Maniacs; aboard the SS St. Paul; and later with the Fate Marable Band, another Mississippi-riverboat orchestra. “I played every excursion boat out there for five years,” Johnson later recalled. In 1925 he married blues singer Mary Smith; they had six children, including the musician Clarence Johnson. That same year Johnson won a musical talent contest at the Booker T. Washington Theater sponsored by OKeh Records, receiving as first prize a phonograph recording contract.

Johnson made his first recording on November 2, 1925, as a singer and violinist on the Jazz-O-Maniacs’ “Won’t Don’t Blues.” That same week he inaugurated his own recording career on the OKeh label with his guitar instrumental “Mr. Johnson’s Blues” and its flip side, “Falling Rain Blues,” on which he sang and played violin. Over the next seven years, Johnson recorded more than 130 selections for OKeh and various other phonograph companies, including “Ball and Chain Blues” (1926), “Roaming Rambler Blues” (1927), “Away Down in the Alley Blues” (1928), “She’s Making Whoopee in Hell Tonight” (1927), “There Is No Justice” (1932), and “Racketeer’s Blues” (1932), making him one of the most extensively recorded bluesmen of his generation. His music often addressed the daily experiences and hard times of urban, working-class African Americans, especially recently arrived southern migrants. “My blues is built on human beings on land,” he once explained. “See how they live, see their heartaches and the shifts they go through with love affairs and things like that—that’s what I write about and that’s the way I make my living.”

An extremely versatile musician who played several stringed instruments, Johnson worked extensively for OKeh Records as a studio musician between 1925 and 1932. He not only played guitar on the recordings of such blues musicians as Alger “Texas” Alexander, Victoria Spivey, and Clara Smith, but also accompanied jazz bands: in 1927 he recorded with Louis Armstrong’s Hot Five (“I’m Not Rough,” “Hotter than That,” and “Savoy Blues”) and the following year with Duke Ellington and His Orchestra (“The Mooche” and “Misty Morning”). Of particular note is the series of spectacular guitar duets that Johnson recorded in the late 1920s with famed jazz guitarist Eddie Lang, including such classics as “A Handful of Riffs,” “Hot Fingers,” and “Bull Frog Moan,” all of which were recorded in 1929.

After slumping record sales during the early years of the Great Depression prematurely derailed his recording career, Johnson drifted in and out of the musical profession. In 1929 he toured southern theaters on the black vaudeville circuit as a member of blues singer Bessie Smith’s Midnight Steppers Revue. During the early 1930s he lived briefly in New York City, where he played in nightclubs and at house parties and hosted a blues show at a local radio station. After divorcing his wife in 1932, Johnson settled in Chicago, where he worked solo and with small bands in nightclubs throughout most of the 1930s. He toured extensively in St. Louis, Kansas City, Detroit, and West Coast cities during World War II.

After his initial stardom, Johnson sought to revive his musical career on several occasions with comeback recording sessions, including with Decca in 1937, Bluebird in 1939, and King in 1947, with whom he scored a number-one hit on the rhythm-and-blues charts the following year with “Tomorrow Night.” Johnson worked extensively outside the music business later in life, including employment stints as a steel mill worker, a coal miner, and in the late 1950s as a janitor at the Ben Franklin Hotel in Philadelphia.

In 1963, at the age of seventy-four, Johnson toured with the American Folk Blues Festival in England and continental Europe. By the mid-1960s he had settled in Canada in Toronto, where he continued to play local blues clubs and concert festivals until poor health forced him into retirement around 1969. “I’ve lived a very beautiful life,” he told an interviewer. “I’ve seen it sweet and I’ve seen it very hard. . . . But somehow or other I managed to make it.” He died of a stroke on June 16, 1970, in Toronto at the age of eighty-one and was buried in Philadelphia. A brilliant instrumentalist whose jazzy guitar playing was both highly innovative and technically dazzling, Johnson made more than five hundred recordings during his career and deeply influenced such legendary jazz and blues guitarists as Charlie Christian, Django Reinhardt, Robert Johnson, Aaron “T-Bone” Walker, and B. B. King.

Barlow, William. “Looking Up at Down”: The Emergence of Blues Culture. Philadelphia: Temple University Press, 1989.