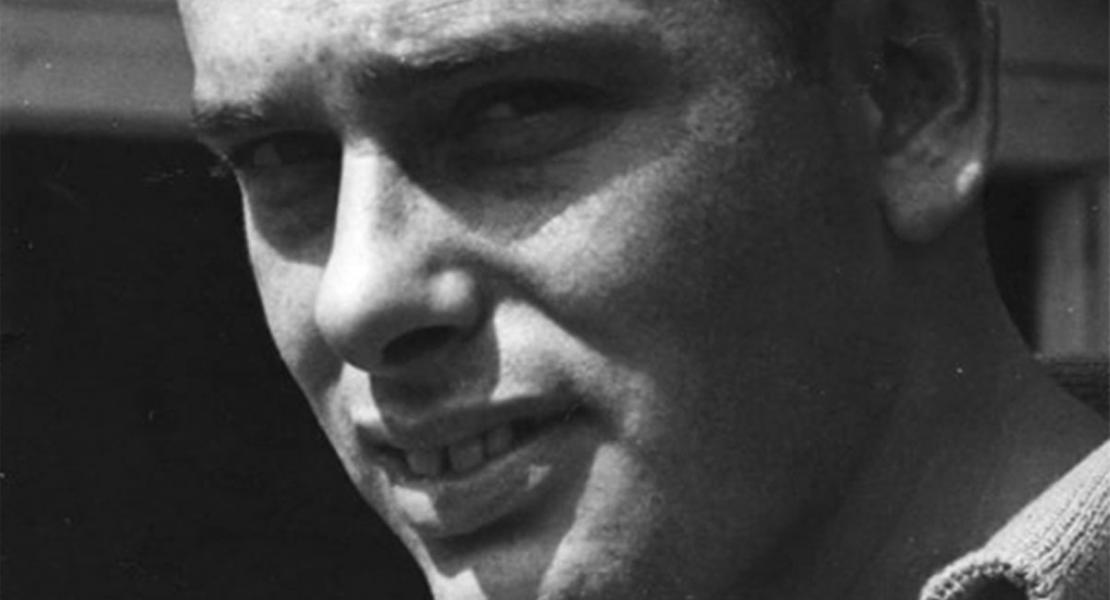 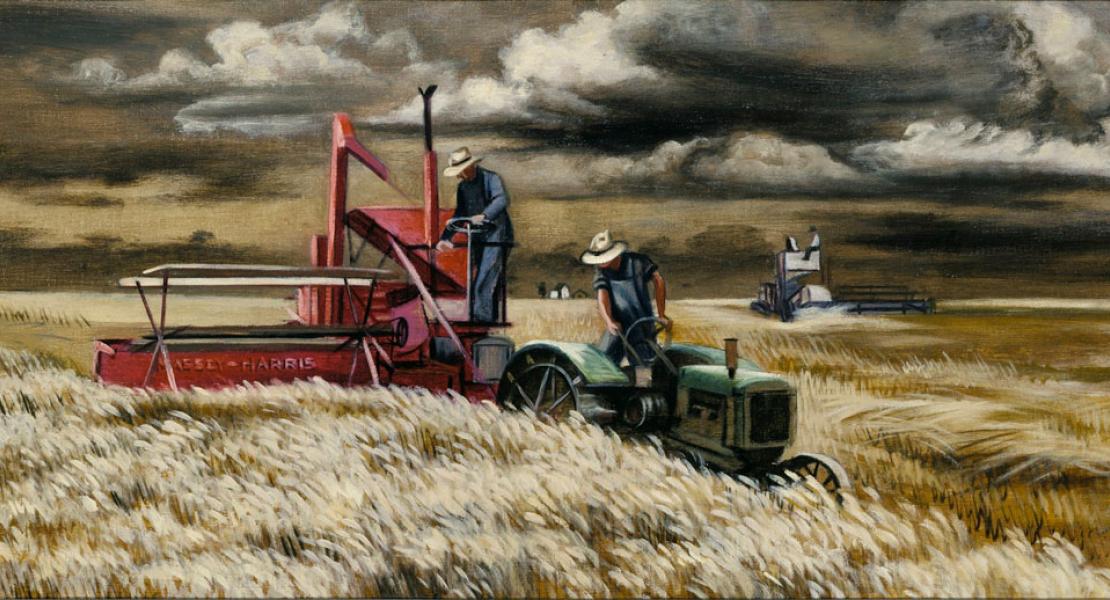 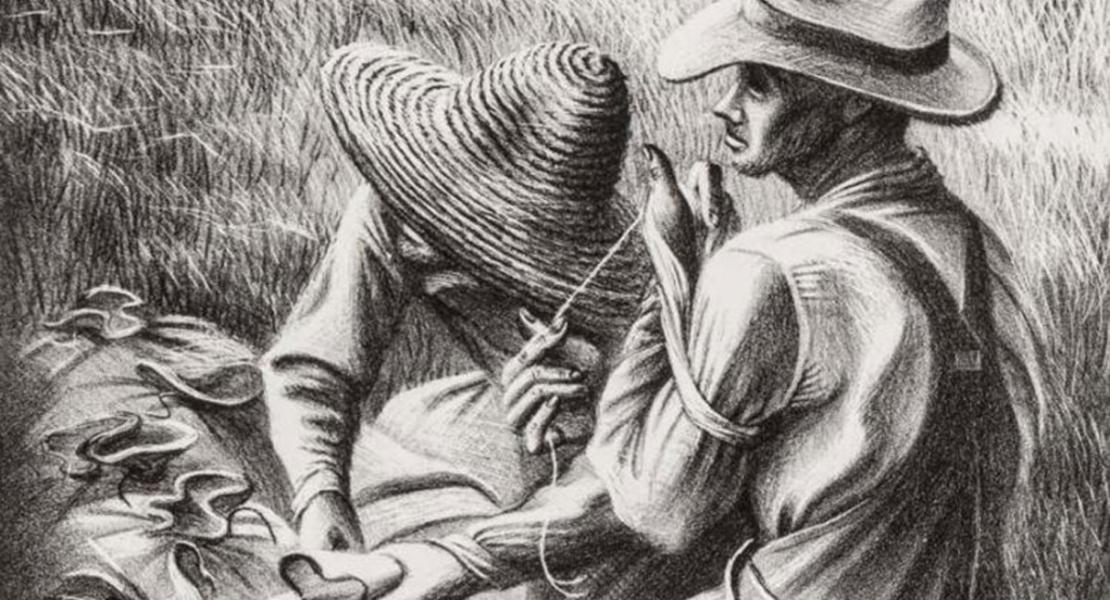 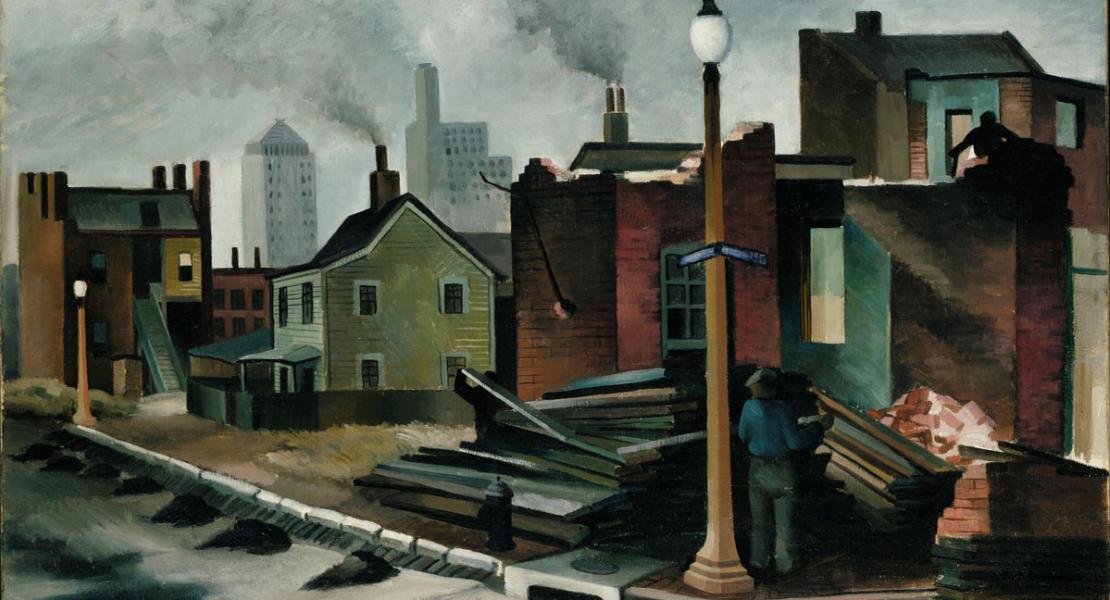 The biography of Joseph James Jones is both the story of the life of an American artist and a chronicle of the changing times in which he lived. Rising to prominence at the height of the Great Depression, Jones became a nationally recognized painter, producing images that reflected the social and physical conditions around him. In his art and politics he fashioned himself into a working-class hero who was eagerly embraced by a disillusioned America struggling to hold on to its idealism.

Jones was born in St. Louis on April 7, 1909, the grandson of a stonemason and the son of a house painter. By the time he was twenty he had joined his father as a full-time member of the House Painters’ Union. However, the young man was practicing his painting techniques on canvases as well as the sides of houses. Without formal training, he began to make a name for himself in local art circles with his portraits and still lifes.

In February 1933, ten local businessmen and art lovers formed the Cooperative Art Society, pledging the struggling artist a monthly stipend in return for his paintings. As Jones’s art and activities became increasingly political, however, his middle-class supporters withdrew their patronage. Announcing he had become a Communist, he painted scenes of social protest that depicted lynchings and the plight of the poor. His became a familiar name in the local press for his progressive activities as well as his art after he began participating in public protests and displaying Soviet art.

In trouble with the local authorities, Jones left St. Louis for New York. In the spring of 1935, his one­-man show at the American Contemporary Art Gallery received rave reviews. While his protest paintings garnered the most attention, a single rural landscape in the exhibit hinted at the direction Jones’s work would take. In 1936 his Painting of Wheatfields exhibition opened at the Walker Gallery in New York, confirming his status as a rising star.

Between 1937 and the beginning of World War Il, Jones was awarded a Guggenheim Fellowship to record conditions in the Dust Bowl and received a number of prestigious federal contracts for murals in post offices throughout the Midwest. When his show in the social-realist style in October 1937 was poorly received, Jones focused his attention on the American landscape. His political activities gradually ceased, but his personal life brought him once again to the media’s attention. Divorced from his first wife in 1935, his relationship with Grace Adams Mallinckrodt, whom he married in the fall of 1940, was highly publicized; his relationship with her reportedly began while she was still married to an heir of the Mallinckrodt fortune.

Settling permanently in Morristown, New Jersey, Jones was hired to make a pictorial record of World War II as part of the government’s War Art Unit. When the program was dismantled, he became a correspondent for Life. Sent to chronicle army life in Alaska, he instead produced fragile watercolor landscapes of the unusual terrain. He became increasingly involved with the corporate businesses replacing the government agencies as patrons for art. For Gimbel Brothers department stores he produced views of the industrial face of Philadelphia. His other clients included Standard Oil in New Jersey, Fortune, and Time. By this time his style had changed drastically: his landscape scenes rendered in delicate line with watercolor washes were in stark contrast to the bold oil compositions of his early career.

Living quietly with his wife and four children in New Jersey, Jones continued to have local shows with generally favorable reviews. When he died of a heart attack on April 9, 1963, his obituary in the New York Times indicated his controversial past was all but forgotten. Joe Jones, the established artist of a thriving corporate America, had replaced the young, outspoken activist of another time.

Jones has been accused of being superficial in his early radicalism, as he seemed to have abandoned politics when it was no longer fashionable. However, his change of heart was symptomatic of the time. The heyday of social realism in art passed with the Great Depression. Joe Jones, the working-class hero, was a product of a unique time and place. Whether for personal gain or with true conviction, as a young artist he added his voice to the discordant chorus of social unrest. As he matured and achieved success, his view of his country grew less critical. Although his style and politics may have changed, Jones’s preoccupation with the American landscape remained constant. In the images that he created and the life that he lived, the house painter from Missouri left us an enduring document of the face of a changing America.

Louisa Iarocci is an associate professor in the Department of Architecture at the University of Washington, Seattle.

———. “Workers, Capitalists, and Booze: The Story of the 905 Murals.” In Joe Jones and J. B. Turnbull: Visions of the Midwest in the 1930s. Milwaukee: Patrick and Beatrice Haggerty Museum of Art, Marquette University, 1987.