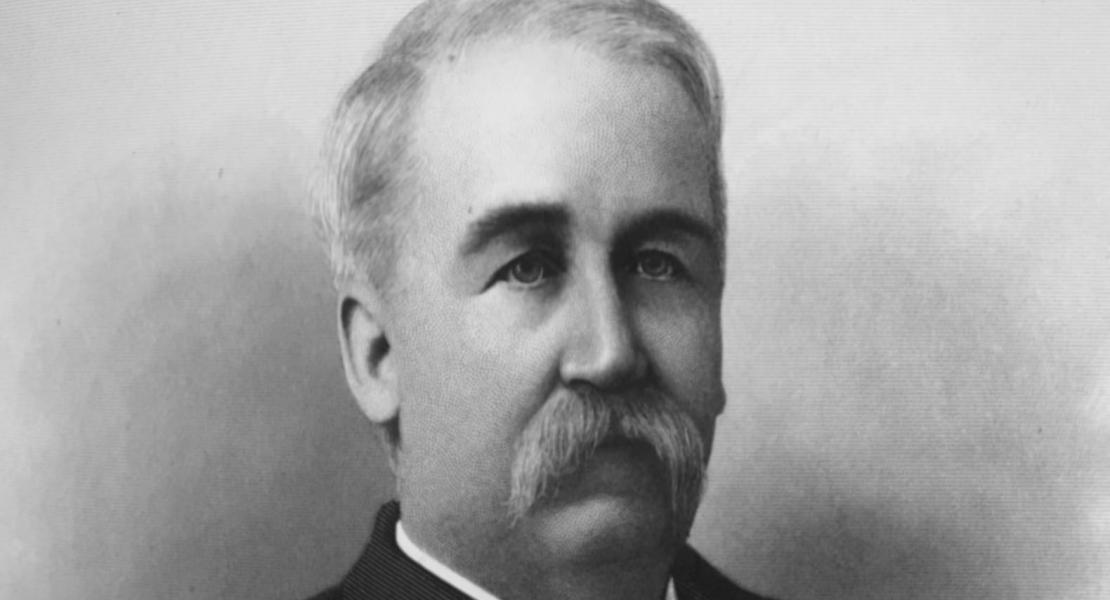 Henry Clemens Overstolz was a St. Louis businessman and politician. He was born on July 7, 1822, in Münster, Prussian Westphalia, Germany, one of five children of Wilhelm Overstolz, who was descended from a noted family of Cologne patricians, and Thérèse Duse Overstolz. He settled in St. Louis as a general merchant in 1846 and had prosperous successive careers in merchandising, lumber, and banking. In 1875 he married Philippine Espenschied of St. Louis, who bore him six children and survived him to marry Otto E. Forster.

In 1847 Overstolz was elected as a member of the St. Louis City Council. In 1853 he was elected as comptroller (the first German-born person elected to citywide office), was reelected in 1854, but was defeated in 1855 in the Know-Nothing sweep. In 1856 he was elected to the Missouri State Board of Public Works, and during the secession crisis he openly aligned himself with the Constitutional Unionists who supported the continuation of slavery and other Southern interests but opposed secession.

Overstolz withdrew from public life during the Civil War and its immediate aftermath, and he did not return to the City Council until 1871. He became president of the council in 1873. In 1875 he was an independent candidate for mayor, losing to Arthur B. Barrett, a Democrat. On Barrett’s death there was a second election in May 1875, after which Overstolz successfully contested the announced victory of Democrat James H. Britton and was inaugurated on February 9, 1876.

Overstolz supported the separation of the city of St. Louis from St. Louis County, and in 1877 he was elected as the first mayor to serve a four-year term under the new charter of St. Louis as an autonomous city. He was nominated by both the Democratic and the Republican Parties for that mayoral election. Much of Overstolz’s political correspondence deals with supporting petitioners to the Republican administration of President Rutherford B. Hayes for positions in federal service. As the first mayor under the new charter, Overstolz had an opportunity to set precedents for later officeholders.

As mayor in 1877, Overstolz was celebrated for showing restraint in the face of the general strike (lasting a week, starting on July 21) called by labor leaders during the national railway strike. By the time he had completed his four-year term, political reformers regarded him with hostility. In April 1881 Peter L. Foy wrote to John F. Darby that they had done good work in defeating Overstolz’s bid for reelection, since “in defeating him we defeated the rings and the corruptionists generally.” Overstolz was succeeded by William L. Ewing, a Republican.

Henry Overstolz was one of the most successful German political figures in St. Louis in the nineteenth century, but he achieved that success by becoming an integral part of the prevailing system without challenging it or overstressing his ethnic origins. In this sense, he was the epitome of a “crossover” politician. He died on November 29, 1887.