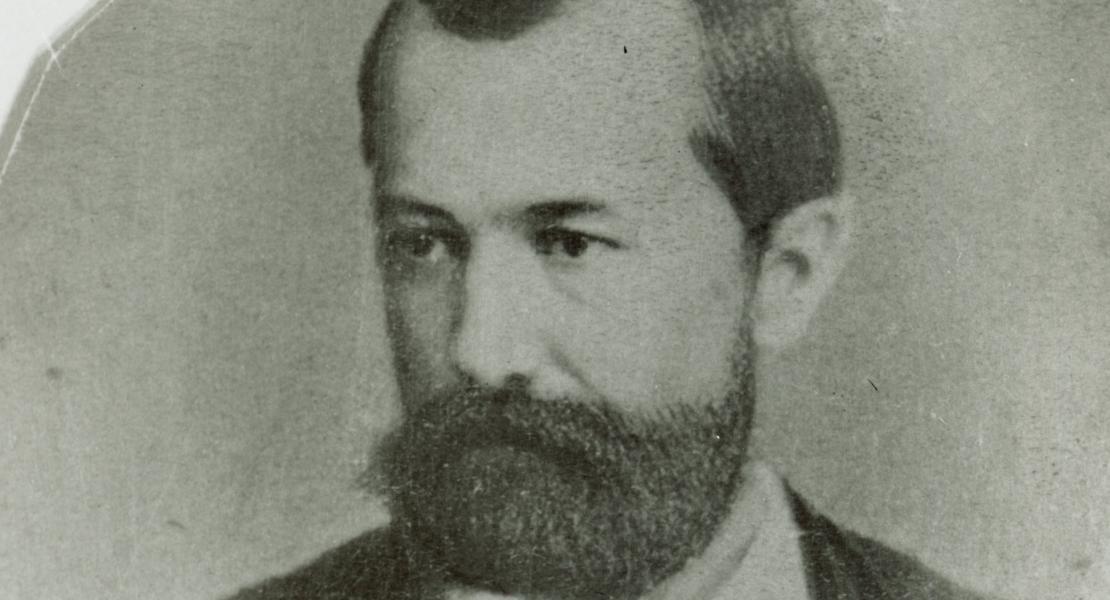 Emil Preetorius was a German-language journalist in St. Louis. Born in Alzey, Rheinhessen, Germany, on March 15, 1827, he received a doctorate of laws at Giessen, also studying at Heidelberg. Although he was sympathetic to the 1848 revolutions, he reached St. Louis only in 1853. A leather merchant on arrival, Preetorius participated actively in the Freie Gemeinde von Nord–St. Louis, a freethinker congregation located in north St. Louis. He became one of the most important speakers on behalf of anticlerical atheism in the American Midwest.

An important campaigner for the Republican Party in 1860, Preetorius entered the Missouri legislature as an emancipationist in 1862. He worked as an editor of the leftist weekly Neue Zeit beginning in 1862, and he was with both the Westliche Post and the Neue Zeit during 1864 before becoming editor in chief of the Westliche Post on November 30, 1864.

The Westliche Post supported John Charles Frémont against Lincoln in the 1864 campaign, and after Lincoln’s assassination in 1865 it severely attacked the moderate Reconstruction policies of Andrew Johnson. In Missouri, Preetorius opposed the disfranchisement of noncombatant supporters of the South, a measure proposed by the Radical government. Preetorius invited General Carl Schurz to join him in managing the paper in May 1867. In 1868 he hired Joseph Pulitzer. Schurz and Preetorius came to oppose Charles Drake and the Radical government of Missouri. Although Preetorius had advocated the abolition of slavery, he opposed equality for blacks in civil or social life. After a bitter campaign, Schurz was elected US senator by the Missouri legislature in 1868. The Westliche Post supported the Liberal Republican movement in 1872 led by Schurz and B. Gratz Brown. Schurz would continue as editor of the Westliche Post until he became US secretary of the interior in March 1877, when Preetorius once more became the sole chief editor. During the general strike in July 1877, the Westliche Post opposed the demands of radical organized labor. The paper became the principal voice of German Republicans in the region and remained so for the rest of Preetorius’s life.

Emil Preetorius was regarded as a major civic leader of St. Louis in the 1890s, serving as president of the Missouri Historical Society in 1892–1893. He retired from his position of publisher of the Westliche Post on June 1, 1898, after the takeover of its major rival, the Democratic Anziger des Westens, passing his position to his son, Edward L. Preetorius (1866–1915). In 1913 a monument to St. Louis German journalism called Naked Truth was erected in Compton Hills Reservoir Park, bearing the names of Preetorius as well as Carl Schurz and the founder of the Westliche Post in 1857, Carl Danzer.

Preetorius was regarded during his lifetime as the leader of the German progressive community in St. Louis, and his career encompassed the years of its greatest successes. He died on November 19, 1905.