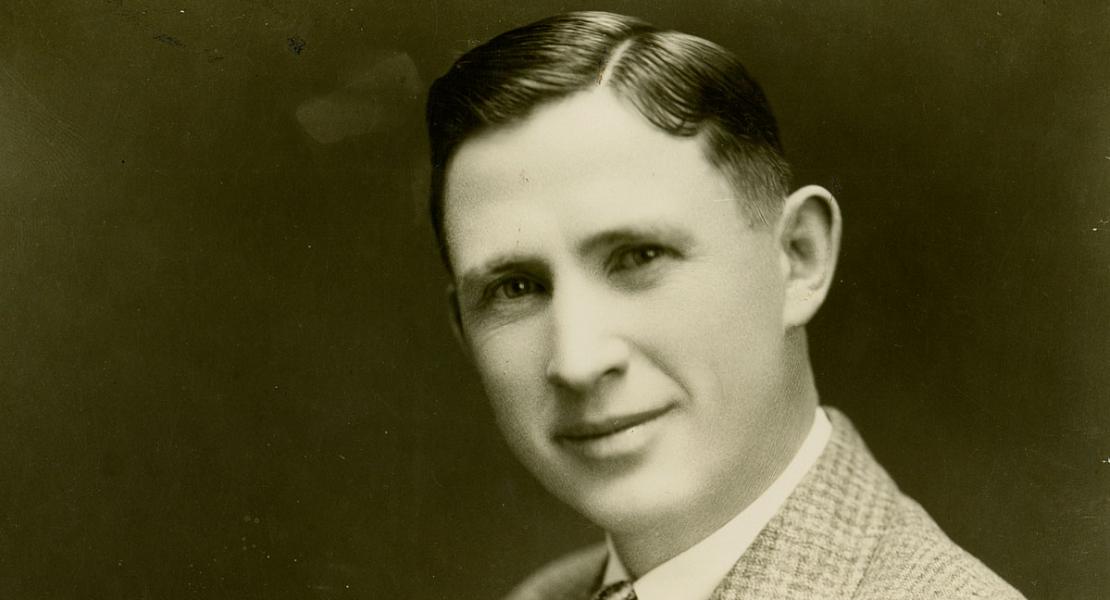 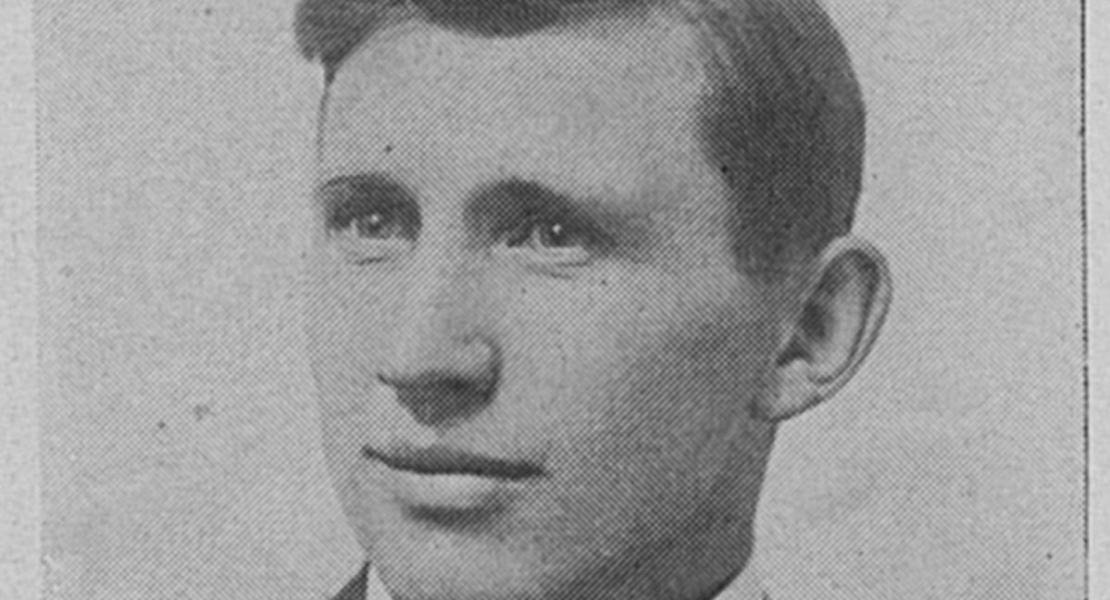 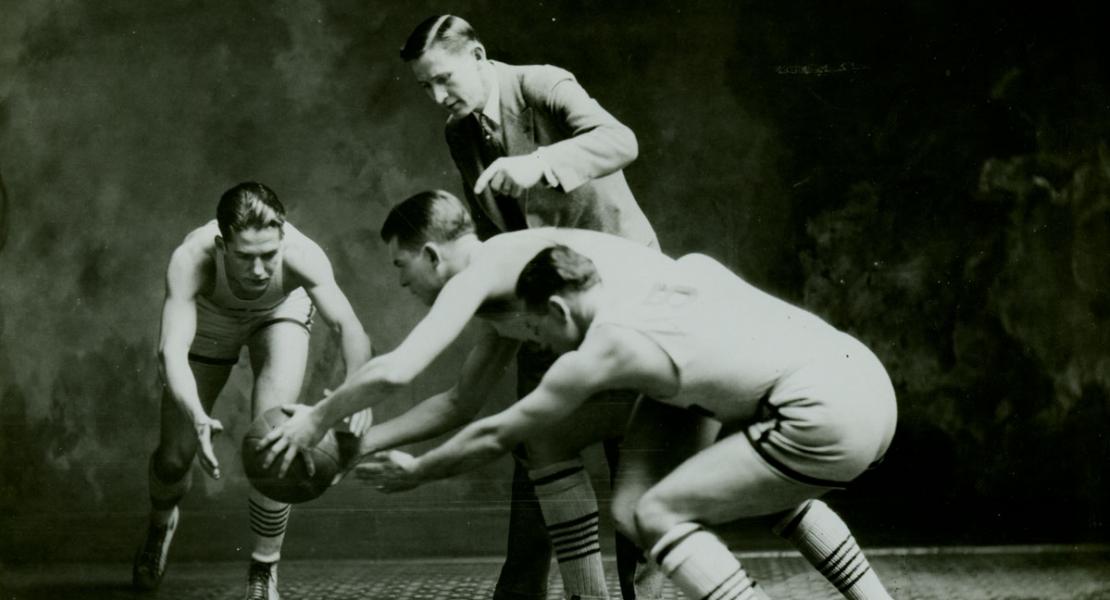 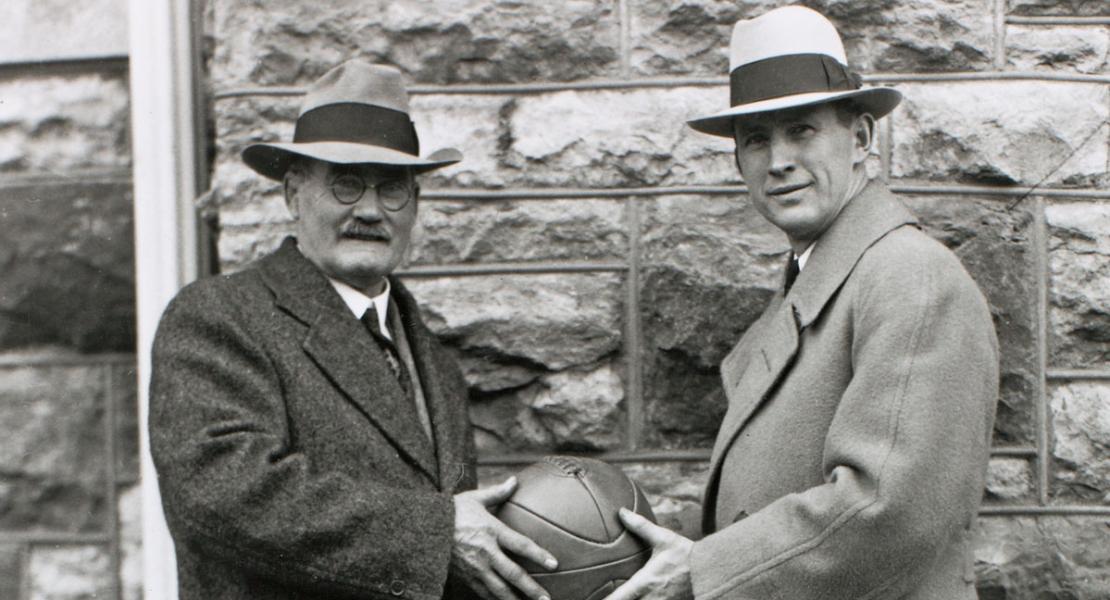 Forrest C. “Phog” Allen, whose foghorn voice earned him his nickname, was a masterful, outspoken basketball coach, so dedicated to the sport that he won the honorary title “Mr. Basketball.” He found a game in a gymnasium and almost single-handedly made it an international sport.

Forrest Clare Allen was born in Jamesport, Missouri, on November 15, 1885, to William T. and Mary E. Allen. Allen’s grandfather George P. Allen had moved the family from Virginia to Daviess County, Missouri, in 1866, where he was a county surveyor. William and Mary Allen had five other sons, and together the boys composed the “Allen Brothers Basket Ball Team.”

While a student at Independence High School, Allen was interested in athletics and became a member of every athletic organization and played on every team. During a game in 1903, Allen first met James Naismith, inventor of the game of basketball, who was director of sports at the University of Kansas. Allen entered the university in 1904 and lettered in basketball in 1905, 1906, and 1907 and in baseball in 1906 and 1907. On June 25, 1907, he married Bessie E. Milton of Jackson County, Missouri. They had four children, two boys and two girls.

In 1905 Allen managed and played guard for the Kansas City Athletic Club (KCAC), which won two of three games against the Buffalo Germans, the world-champion team touring the country. He and his teammates proclaimed themselves the new national champions after beating the Buffalo team, which had earned its title by winning both the Pan American and the St. Louis World’s Fair tournaments.

Allen’s formal coaching career began at the University of Kansas in 1908 and spanned forty-six years. He also coached at Baker University in Baldwin, Kansas, in 1908 and 1909. Following his graduation from the University of Kansas in 1909, Allen left coaching for the next four years to study osteopathic medicine. He returned to college athletics in 1912 as coach of all sports at Warrensburg Normal (now the University of Central Missouri), where his football, basketball, and baseball teams won numerous championships during his seven-year tenure. Allen resigned in 1919 when the school’s board of regents rehired him with a raise in pay on the condition that he drop his osteopathic practice and devote his full attention to coaching.

In 1919 he returned to the University of Kansas to serve as director of athletics and football coach for one season, but chiefly as head basketball coach, a game he came to dominate thoroughly by the force of his ideas and personality. He served as the university’s basketball coach until thrust into mandatory retirement in 1956 when he became professor emeritus of physical education. He referred to the university’s retirement policy as the age of “statutory senility.”

Of all his accomplishments, Allen most cherished his successful effort to have basketball awarded Olympic status. During the 1920s and early 1930s, Allen conducted a one-man crusade to convince Olympic officials to include basketball in the world games. His untiring work was finally rewarded when the American-invented game was added to the 1936 Olympics in Berlin.

Coaches around the world read Allen’s books about basketball. In 1952 he served as a coach for the US Olympic team, consisting in large part of the University of Kansas players who had won the NCAA championship that year, and won the gold medal at Helsinki, Finland. Allen was a founder and the first president of the National Basketball Coaches Association. Twice he was named Coach of the Year and once Basketball Man of the Year. He was elected to the Missouri Sports Hall of Fame, the Kansas Centennial Hall of Fame, and the Naismith Hall of Fame in Springfield, Massachusetts. The arena at the University of Kansas was named in his honor in March 1955. Allen died on September 16, 1974.