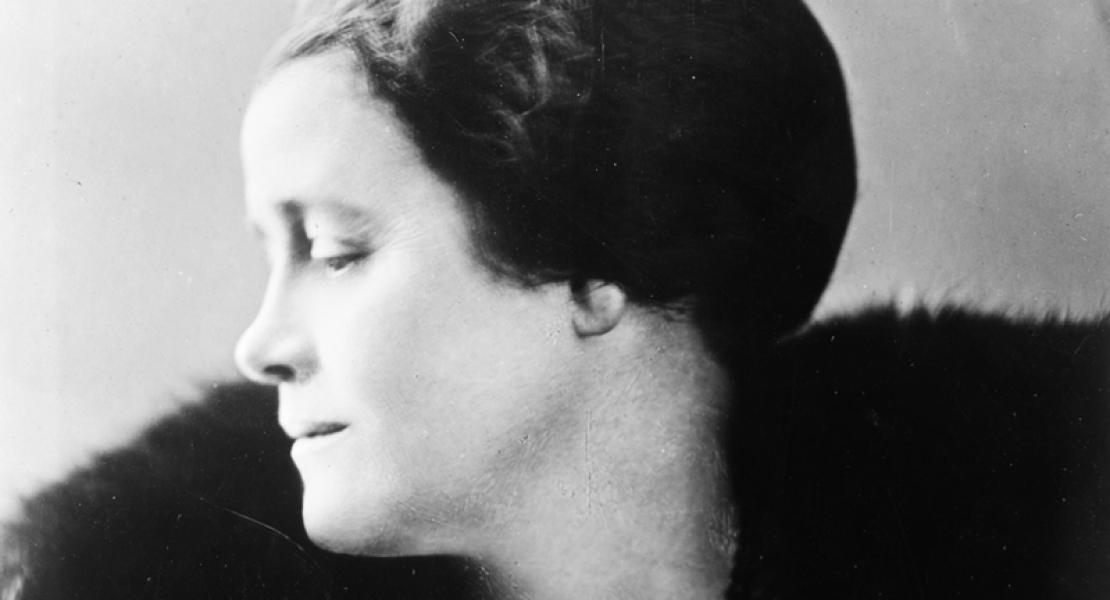 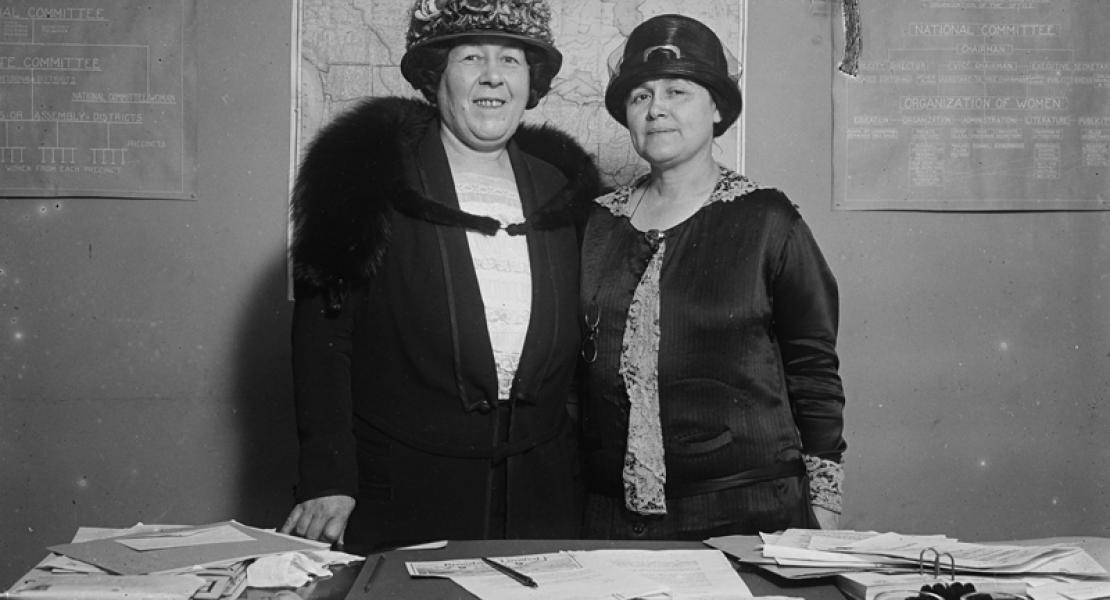 Writer, suffragist, national Democratic Party political leader, and feminist, Emily Newell Blair was born in Joplin, Missouri, on January 9, 1877, the eldest daughter of James Patton and Ann Cynthia Gray Newell. After graduating from Carthage High School in 1894, she attended the Woman’s College of Baltimore (later Goucher College) and the University of Missouri. When her father died, she returned to her family’s home in Carthage, Missouri, to help support and care for her brother and three sisters. For a time, she taught school in Sarcoxie, Missouri.

On Christmas Eve in 1900 Newell married high school classmate Harry Wallace Blair. After he graduated from Columbian Law School (later George Washington University), they moved to Carthage, where Harry practiced law and Emily devoted herself to homemaking, raising their two children (Harriet and Newell), and participating in various social and civic activities. On September 16, 1909, the Blairs joined an innovative group of Carthage residents in establishing a cooperative kitchen. Renting a home and hiring a manager, they turned the first floor into a dining area and rented out the upstairs rooms. Until January 1, 1912, the cooperative provided three meals a day for participating families.

With her husband’s encouragement, Blair began her writing career in 1909 when she sold her first article, “Letters of a Contented Wife,” to Cosmopolitan. After quickly selling two more, she began writing on a regular basis. At the same time, her work on a county-wide bond campaign for the almshouse sparked her interest in the world beyond her limited Carthage social circle. With the rejuvenation of the suffrage issue prior to World War I, Blair became active in the local campaign, moving to a state position in 1914 when she became publicity chair for the Missouri Equal Suffrage Association and the first editor of its monthly publication, the Missouri Woman.

Although she had been a founder of the League of Women Voters, Blair turned her talents to working within the state Democratic Party structure. In 1921 she was elected Missouri’s committeewoman on the Democratic National Committee, and in the following year she was chosen to be vice chairman in charge of organizing women voters, a position she held until 1928. Relying on experience gained in the suffrage campaign and defense work, Blair organized more than two thousand Democratic women’s clubs, established regional training programs for women party workers, and created a national Democratic Women’s Clubhouse in Washington.

Petite, poised, and quietly effective, Blair was every inch a lady; she was also a cool, polished, and practical politician. The author of one profile referred to “that gentle exterior and feminine beauty of hers which masks an analytical mind and a steel will.” In her autobiography Blair remembered how she was described by Virginia’s Democratic senator Carter Glass: “I was like the drink called Southern Comfort which goes down so smooth and easily but has an awful kick afterwards.”

Early in her political career Blair had thought that with training and experience, women could become the “co-partners” of men by “boring from within” in party politics, gaining power on merit without regard to gender. Her tenure on the national committee changed her mind. Since gaining suffrage, women had lost political clout. Men had realized that since women did not vote as a bloc, male politicians could conveniently ignore them. Blair’s solution was feminism. Because men did not accept female leadership, women’s only alternative was to build their own power base within existing party structures. They must, Blair contended, organize and support strong women candidates for office who could lead the demand for equality.

While deeply involved in politics, Blair never neglected her writing career, publishing articles on the home as well as on political and feminist topics. From 1925 to 1933 she was an associate editor of Good Housekeeping, writing a monthly book column. In 1930 she published a book on home decorating, The Creation of a Home, and in 1931 a novel, A Woman of Courage.

In 1932 Blair worked hard for the Democratic Party as director of the Bureau of Women’s Clubs. She was part of the network of prominent women who were active in securing positions for women in the New Deal. Appointed to the Consumers’ Advisory Board of the National Industrial Recovery Act, she became its chairman in 1935. Her last public service came in 1942 when she was appointed chief of the women’s interest section of the War Department’s Bureau of Public Relations. In 1944 she suffered a stroke. Emily Newell Blair died in Alexandria, Virginia, on August 3, 1951.