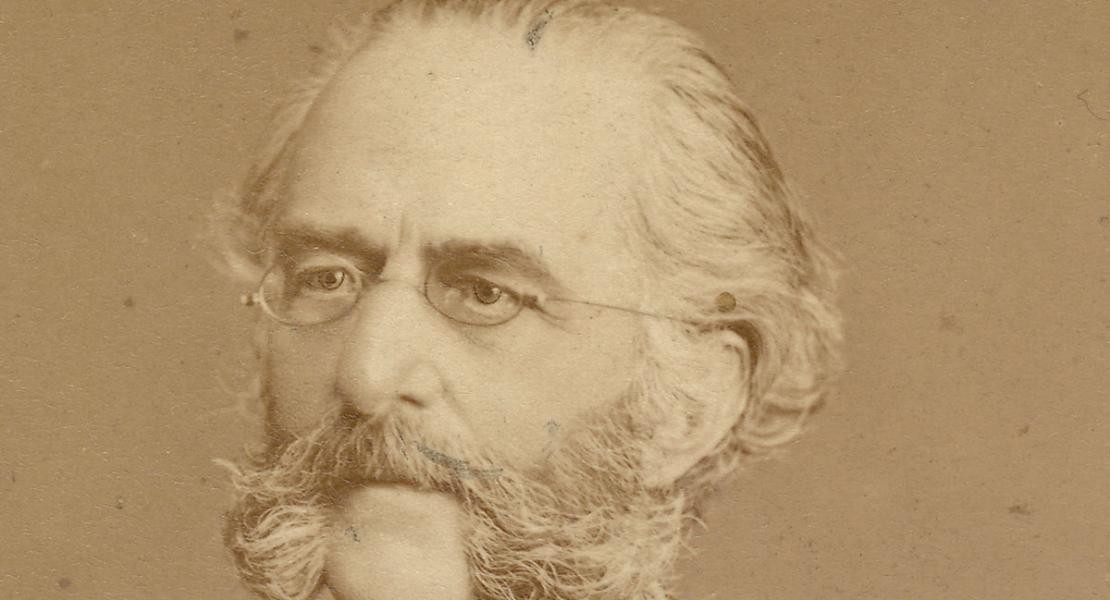 Henry Boernstein, a journalist and dramatist, was born Georg Christian Heinrich Börnstein on November 4, 1805, in Hamburg, Germany, the son of Franz Sigmund Börnstein, a former actor turned merchant, and Ilse Sophie Hesse Börnstein. In 1813 his parents moved to Lemberg, Galizia, Austrian Poland (now Lvov, Ukraine), where Boernstein was educated. With a Catholic father and a Protestant mother, Boernstein had to attend Catholic religious classes due to Austrian law, despite having been baptized a Protestant; this intensified what became a lifelong hostility toward the Catholic Church. From 1821 to 1826 he served in the Austrian army, after which he worked in Vienna as a journalist before joining a traveling company as an actor. In 1829 he took advantage of a peculiar Hungarian law to marry the actress Marie Steltzer (1814–1892), though she was only fifteen at the time. Boernstein served as theatrical director in the Austrian cities of St. Polten (1830–1831) and Linz (1832–1839) before leading a traveling company through Italy and Germany, arriving in Paris in 1842.

In the mid-1840s Boernstein settled in Paris, working as a translator, journalist, and theatrical director in close contact with German radical émigrés. In 1844–1845 he published Vorwärts! a moderate cultural and political weekly that was transformed into a radical journal under the influence of Arnold Ruge, Heinrich Heine, Karl Ludwig Bernays, and Karl Marx. The Paris Vorwärts! was closed by the French government in early 1845, and Boernstein had to promise to abstain from political journalism to keep his French residency. This led to a definitive break between Boernstein and Marx, who went into exile. After the 1848 Revolution in France, Boernstein helped form a Paris-German Legion to support a revolution in Germany. After the French Republic was subverted by Louis-Napoléon, Boernstein emigrated to America in 1849.

Upon his arrival in the United States, Boernstein farmed in Highland, Illinois, until summoned to St. Louis by publisher Wilhelm Gempp to take over the editorship of the Anzeiger des Westens in March 1850. Although the Anzeiger was already one of the most important German-language newspapers in the region, Boernstein used all his talents to boost circulation. He published his anti-Jesuit serial novel, Die Geheimnisse von St. Louis, in 1851, which was translated into English (as The Mysteries of St. Louis), French, and Czech for St. Louis radical newspapers also published by Gempp. In book form, the novel was the most widely read German American novel of the 1850s, and it would remain in print in Germany into the 1870s. This was only the first of many literary supplements designed by Boernstein to increase subscriptions. He eventually purchased the Anzeiger and became its publisher, with Karl Ludwig Bernays as editor.

Boernstein tried to mobilize the German-speaking population of St. Louis behind a political program inspired by the European revolutions of 1848, promoting hostility toward organized religion and direct confrontation with American nativism. He opposed those Germans who wanted to use the United States as a mere platform for launching revolutions in Europe, and he sought instead to turn immigrants’ attention to their political situation in America. In 1852 Boernstein successfully supported former senator Thomas Hart Benton for a seat in the US House of Representatives from St. Louis, launching an alliance between Benton Democrats and German radicals that would continue in the Missouri Republican Party of Frank Blair into the early 1860s.

In 1851 Boernstein helped establish a freethinker “League of Free Men” with the Silesian leftist Franz Schmidt, and he established several theatrical and cultural associations, culminating in the St. Louis German Opera in 1859. He composed several German-language plays to dramatize his causes, and he became a major owner of beer halls, breweries, and other enterprises.

Boernstein’s confrontational tactics as a journalist helped drive many religious Missourians—both Catholic and Protestant—to support the secessionist position. The leader of the Missouri Synod Lutherans, C. F. W. Walther, regarded Boernstein as a major enemy of Christianity, as did Catholic archbishop Peter Kenrick. Boernstein even managed to alienate Germans of his own political orientation, so that in 1857 German radical opponents launched the Westliche Post.

At the time of the secession crisis in April 1861, Boernstein was elected colonel of the Second Missouri Volunteer regiment organized for three months’ service at the St. Louis arsenal by Frank Blair and General Nathaniel Lyon over the objections of Missouri’s governor, Claiborne Fox Jackson. Boernstein’s regiment participated in the seizure of Camp Jackson on May 10, 1861, as well as in the occupation of Jefferson City in June, expelling the elected government. Boernstein was placed in command of Jefferson City with a small detachment, and on July 4, 1861, he compelled those state officials in his custody to swear allegiance to the United States at a public ceremony. Although his reputation before the war had been as an uncompromising radical, Boernstein came to support the moderate policies of Lincoln and Blair against the German radicals he had once led, many of whom became fanatical supporters of Frémont and his program of immediate abolition.

After being mustered out of military service in July 1861, Boernstein was rewarded with the office of US consul in Bremen, Germany. In Bremen he waged a propaganda campaign on behalf of the Lincoln government to sway European opinion. Continued concern by Republican leaders about German radical hostility toward Frank Blair led to Boernstein being brought back to St. Louis in the fall of 1862 to resume control of the Anzeiger des Westens in support of Blair’s campaign for reelection to the US House of Representatives. Pro-Frémont Germans attacked Boernstein and his colleague Karl Ludwig Bernays (recalled from his own office as consul in Zurich), and the circulation of the Anzeiger was mortally injured in the controversy.

The Anzeiger closed in early 1863 after Boernstein’s return to Bremen, and his other business enterprises collapsed as well. In later years, Boernstein regretted ever having taken the consular post; he believed he could have kept the St. Louis Germans behind Lincoln and Blair, and his personal fortune could have been maintained, had he remained in St. Louis.

Boernstein never returned to the United States, though he retained American citizenship until his death on September 10, 1892. Following his replacement as consul in 1866, he went back to Vienna, where he resumed theatrical direction and the writing of plays. He continued to write for the US German-language press, culminating in the serial publication of his memoirs in the years 1879 to 1881. By the early 1890s he was the last living representative of the Viennese journalistic tradition predating 1848. In his will he directed that his tombstone declare that he and his wife, Marie, had died as “Citizens of Missouri.” A street is named after him in the Vienna district of Strebersdorf, but his grave at the Matzleindorfer Protestant Cemetery was obliterated by official action in 1941.

Henry Boernstein played a major role in the political and cultural development of St. Louis and Missouri in the 1850s, but the impact of his actions must continue to be in dispute. Did his sensationalism simply create more enemies for the Union, leading several religious groups to side with secession? Did his strident support for Lincoln and Blair split what could have been a solid radical front for Missouri Germans, eventually undermining the viability of a radical regime? It will remain a matter of perennial dispute whether Boernstein’s clever, slippery personality influenced Missouri for better or for worse.