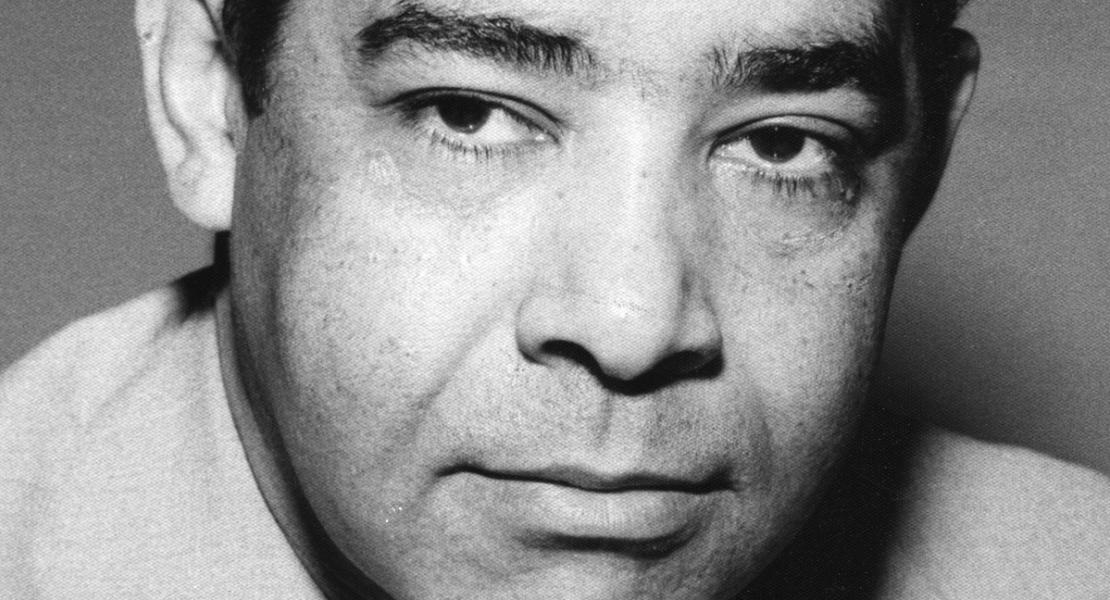 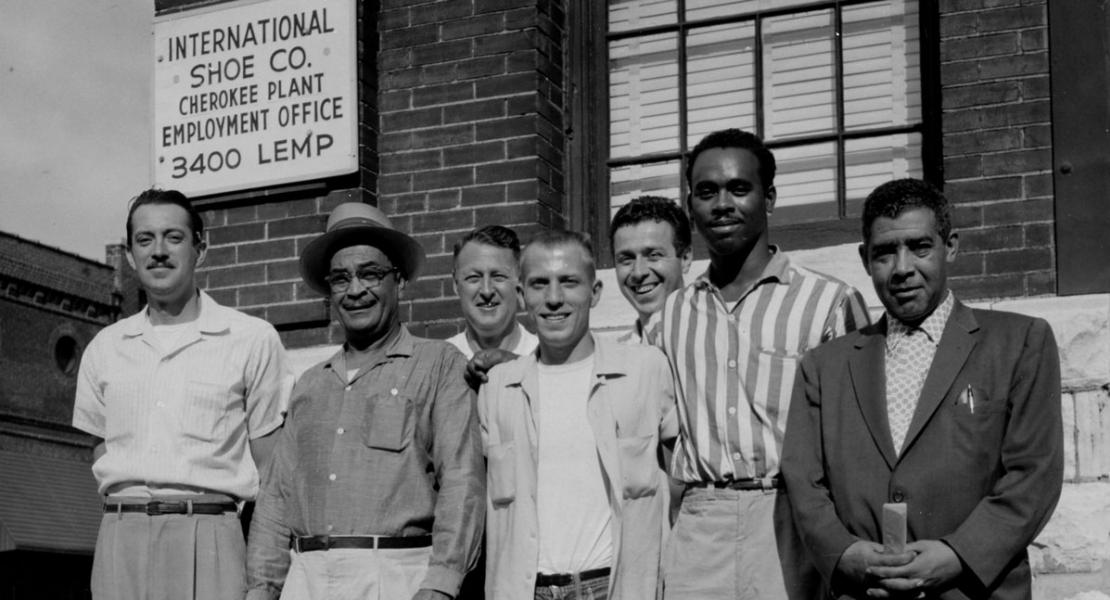 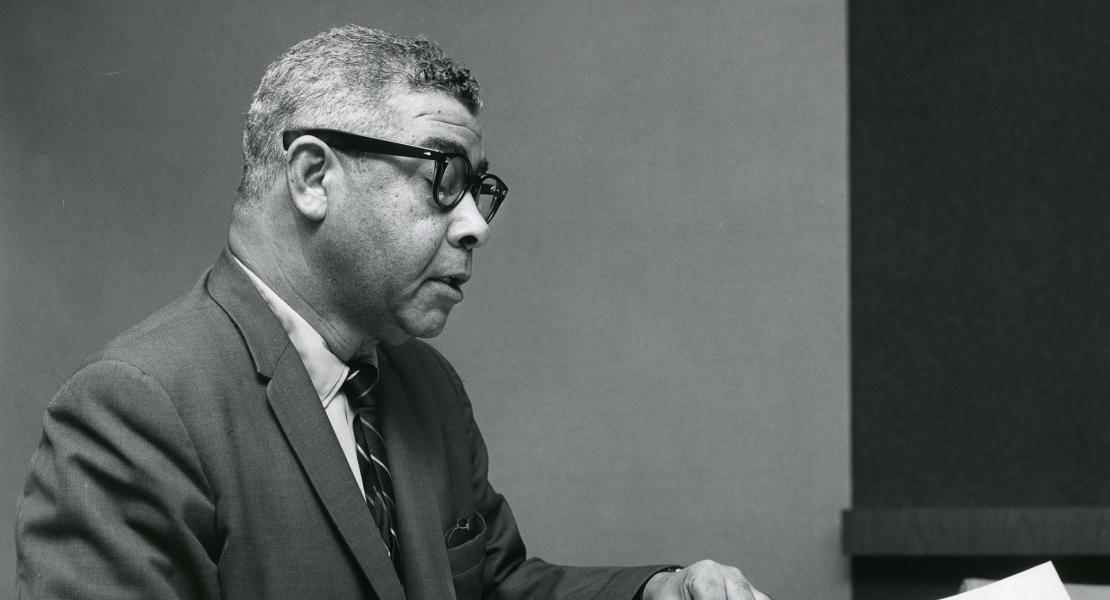 Ernest Calloway was born in Herberton, West Virginia, on January 1, 1909. His family became one of the first black families in the coal-mining communities of eastern Kentucky when they moved to Letcher County in 1913. Calloway’s father helped organize the county’s first United Mine Workers local. Calloway attended high school in Lynchburg, Virginia.

Calloway quit school and ran away to Harlem in 1925, during the time of the Harlem Renaissance. He worked as a dishwasher in Harlem until his mother became ill and he returned to Kentucky at age seventeen. Calloway worked in the mines of Consolidated Coal Company until 1930. During the early 1930s, he traveled around the United States and Mexico as a drifter. After a frightening hallucinatory experience in the mountains of Baja, California, in 1933, he returned to the Kentucky coal mines.

That same year Calloway submitted an article on marijuana use to Opportunity, the magazine of the National Urban League. Opportunity rejected Calloway’s manuscript but asked him to write another article on the working conditions of blacks in the Kentucky coalfields. He submitted the second article, “The Negro in the Kentucky Coal Fields,” and Opportunity published it in March 1934. The article resulted in a scholarship to Brookwood Labor College in New York, a training facility for labor organizers headed by the radical pacifist A. J. Muste.

From 1935 to 1936, Calloway worked in Virginia and helped organize the Virginia Workers’ Alliance, a union of unemployed Works Progress Administration workers. In 1937 he moved to Chicago and organized railway-station porters (known as Redcaps) and other railroad employees into the United Transport Union. Calloway helped write the resolution creating the 1942 Committee against Discrimination in the Congress of Industrial Organizations (CIO). When the first peacetime draft law took effect in 1940, Calloway was the first black to refuse military service because of race discrimination. The case received national publicity but was never officially settled. Calloway never served in the segregated army.

Calloway joined the national CIO news editorial staff in 1944. In 1946 he married DeVerne Lee, a teacher who led a protest against racial segregation in the Red Cross in India during World War II. The following year he received a scholarship from the British Trade Union Congress to attend Ruskin College at Oxford, England, but by the time it was granted, Calloway had begun work with the CIO Southern Organizing Drive in North Carolina. Because of a dispute over organizing tactics in an attempt to unionize workers at R. J. Reynolds Tobacco Company, Calloway left the CIO in 1950 and returned to Chicago. There Harold Gibbons of the St. Louis Teamsters Union enlisted him to establish a research department for the Teamsters in St. Louis.

In 1951 Calloway advised the rank-and-file union committee that developed a plan to integrate public schools in St. Louis. The Teamsters presented it to the St. Louis Board of Education three years prior to the Supreme Court decision on integration. The board rejected the proposal.

In 1955 Calloway was elected president of the St. Louis NAACP. Within the first two years of his presidency, membership grew from two to eight thousand members. He led successful efforts to gain substantial increases in the number of blacks employed by St. Louis taxi services, department stores, the Coca­Cola Company, and Southwestern Bell. The NAACP opposed a proposed city charter in 1957 because it did not include civil service reforms, public accommodations sections, or support for civil rights. The charter was defeated.

In 1959 Calloway served as campaign director for the Reverend John J. Hicks, who became the first African American elected to the St. Louis Board of Education. Calloway also directed the campaign for Theodore D. McNeal’s 1960 senatorial race. McNeal won by a large margin, becoming the first African American elected to the Missouri State Senate. The following year, Ernest and DeVerne Lee Calloway began publishing Citizen Crusader (later named New Citizen), a newspaper covering black politics and civil rights in St. Louis. Also in 1961, Calloway was the technical adviser for James Hurt Jr.’s successful campaign as the second African American to be elected to the St. Louis school board. DeVerne Calloway became the first black woman elected to the Missouri legislature in 1962 when she won a seat in the House of Representatives in her first bid for public office.

Ernest Calloway worked with the Committee of Fair Representation in 1967 to develop a new plan for congressional district reapportionment. Supported by black representatives in the Missouri legislature and a coalition of white Republicans and Democrats, the plan created the First Congressional District, which proved more favorable to black interests. In 1968 Calloway filed as a candidate for Congress in the new district. He was defeated in the Democratic primary by William Clay, who became the first African American elected to Congress from Missouri.

In 1969 Calloway began lecturing part-time at the Center for Urban Programs at Saint Louis University. He became an assistant professor when he retired as research director for the Teamsters in June 1973, and he later became professor emeritus of urban studies. Calloway suffered a disabling stroke in 1982. He died on December 31, 1989.