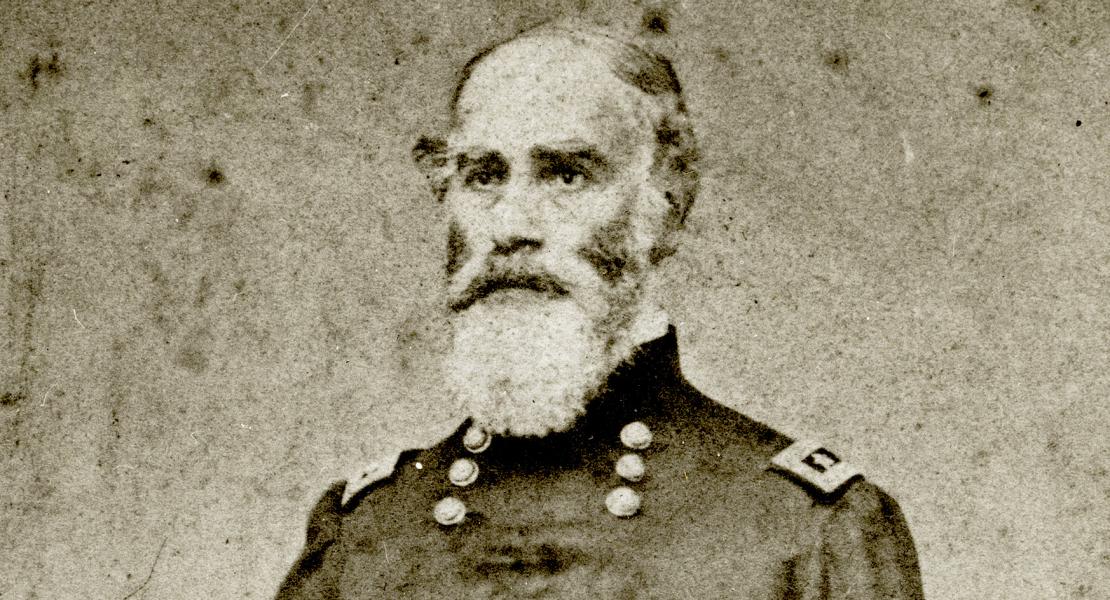 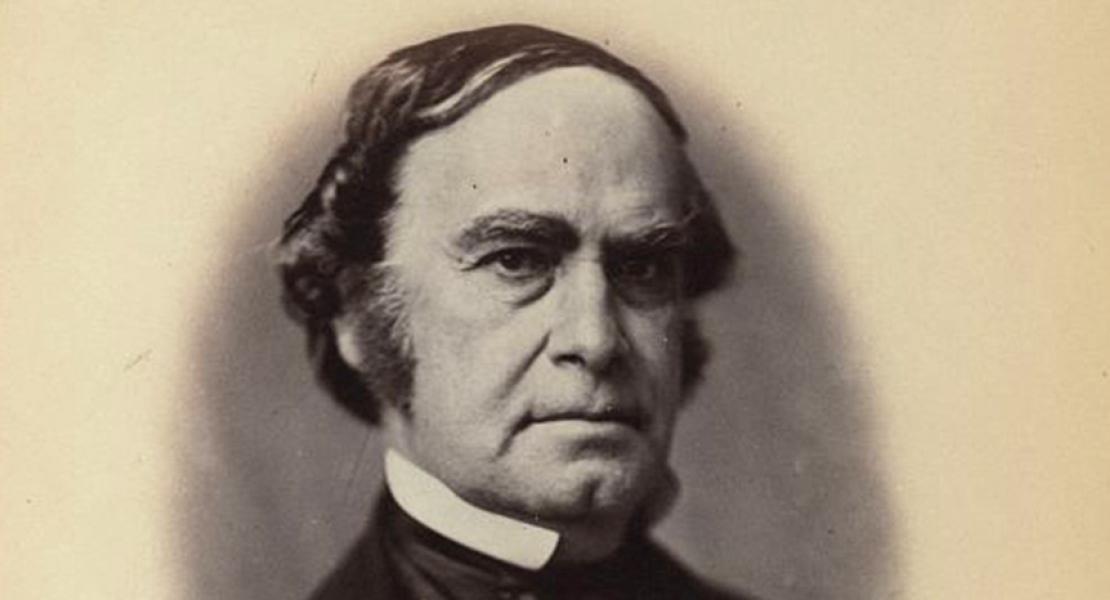 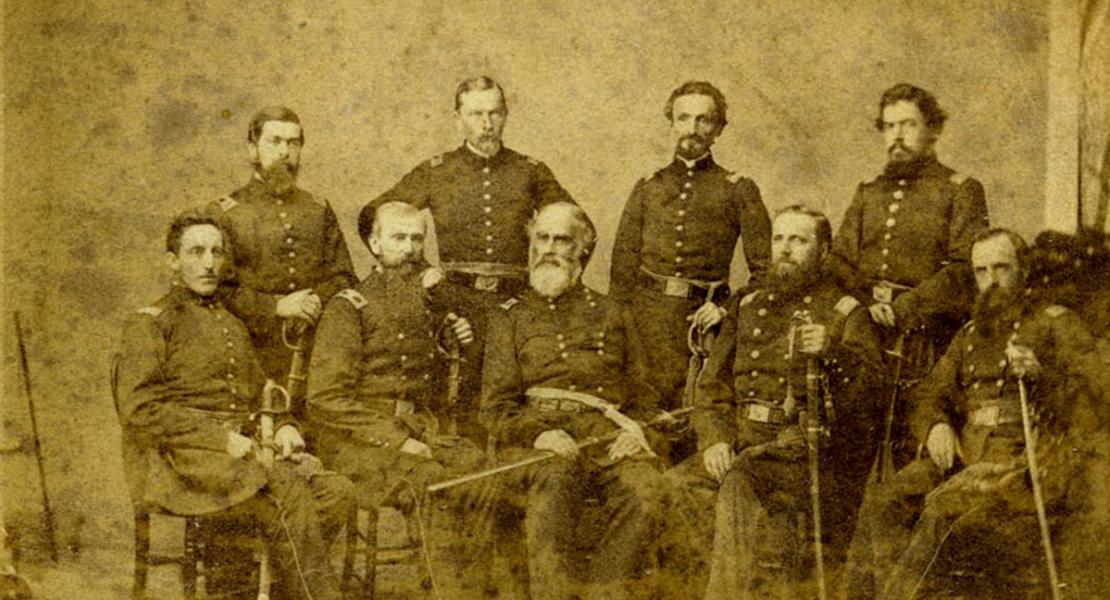 Samuel Ryan Curtis figured largely in Missouri’s Civil War history from August 1861 through October 1864. Born in New York on February 3, 1805, Curtis grew up in Ohio, where he received an appointment to West Point. He graduated in 1831 and served one year as a lieutenant in the Seventh Infantry before resigning to become a civil engineer and attorney in Ohio. During the Mexican War he served as the adjutant general of Ohio and, later, as colonel of the Third Ohio Infantry. His year of service included appointments as a military governor in Mexico and to the staff of General John E. Wool.

Following the war, Curtis was chief engineer at both Keokuk, Iowa, and St. Louis, distinguishing himself in river improvements and railroad promotion. In the spring of 1856, he was elected mayor of Keokuk, and in the fall won election as the Republican candidate for Iowa’s First Congressional District. He was reelected in 1858 and 1860. In Congress he chaired a committee planning the Pacific Railroad.

At the outbreak of the Civil War, Curtis received a commission as colonel of the Second Iowa Infantry, which guarded railroads in northern Missouri. He returned for a special session of Congress in July 1861. Appointed brigadier general, he resigned his congressional seat and took charge of Jefferson Barracks and Benton Barracks at St. Louis. In December 1861 Curtis gained command of the Army of Southwest Missouri, leading it to victory on the battlefield at Pea Ridge, Arkansas, in March 1862 and winning promotion to major general. Logistics foiled his attempt to capture Little Rock, Arkansas, and he instead led his army to Helena, on the west bank of the Mississippi River. Critics argued that he had left Missouri open to attacks by guerrilla forces, and he was also accused, but exonerated, of charges of malfeasance at Helena regarding cotton speculation and “contrabands.”

Curtis took leave in August 1862 to become one of the incorporators of the Pacific Railroad. In September he received command of the Department of the Missouri, encompassing Missouri, Arkansas, Kansas, and Indian Territory. Departmental command brought with it vexatious political problems that ultimately diminished the luster of his military reputation. Curtis found little common ground with Missouri’s governor, Hamilton Rowan Gamble, concerning the employment of the state’s militia, assessment of secession sympathizers, and emancipation of slaves. Instead, Curtis often seemed to be a tool of the Radical faction in Missouri.

Continuing political and military controversy in Missouri led President Lincoln to remove Curtis from command in the spring of 1863. There was no fault with Curtis, Lincoln told his successor, but in Missouri’s political quarrel he had no power to remove the governor. In January 1864 Curtis received command of the Department of Kansas, including Kansas, the Territories of Colorado and Nebraska, and Indian Territory. He directed much of his attention to dealing with Indians, but the most climactic event of his tenure came during Sterling Price’s Missouri expedition. In October 1864 Curtis led an army of Kansans to victory over Price at Westport, in what was the largest battle in Missouri. Although outside of his own department and despite problems with logistics and questions of jurisdiction, Curtis directed pursuit of Price’s army as far south as the Arkansas River. He received little credit for his success. Appointed to the Department of the Northwest, including Iowa, Wisconsin, and adjacent territories, he finished the war in that quiet post. He then served on commissions to negotiate with Indian tribes on the upper Missouri and to inspect construction of the Union Pacific Railroad. Curtis died following an inspection trip on December 26, 1866, at Council Bluffs, Iowa.

Despite his victories in two critical campaigns affecting Missouri and his long tenure as departmental commander, Curtis is not well known. Historians generally consider him a capable and underrated military leader. He reached the pinnacle of his success at Pea Ridge, but later experienced personal misfortune and political controversy. His promotion to major general arrived on the same day as news of his daughter’s death in 1862, and he lost his son, Major Henry Z. Curtis, to William Clarke Quantrill’s guerrillas at Baxter Springs, Kansas, in 1863. Curtis tended to become involved in disputes and carried on corrosive quarrels with Governor Gamble and General John Schofield. He became embroiled in Kansas politics during Price’s expedition, and displeased Union commander Ulysses S. Grant when pursuit of the Confederate army was interrupted short of the Arkansas River. These disputes and the relative historiographical neglect of the trans-Mississippi theater have contributed to Curtis’s obscurity.

John Bradbury is a Center for Missouri Studies fellow at the State Historical Society of Missouri.