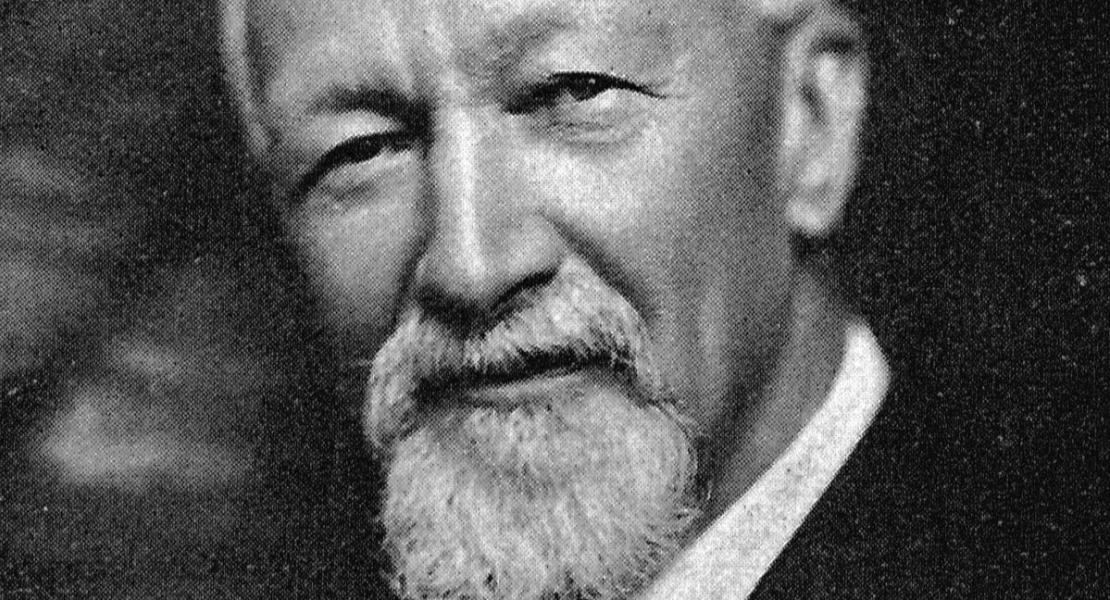 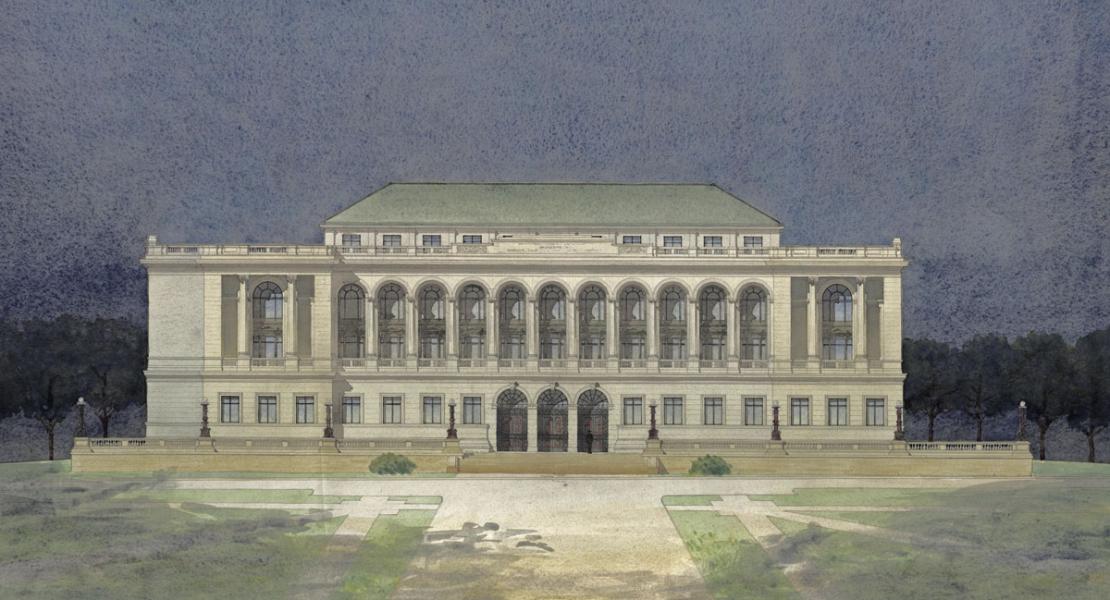 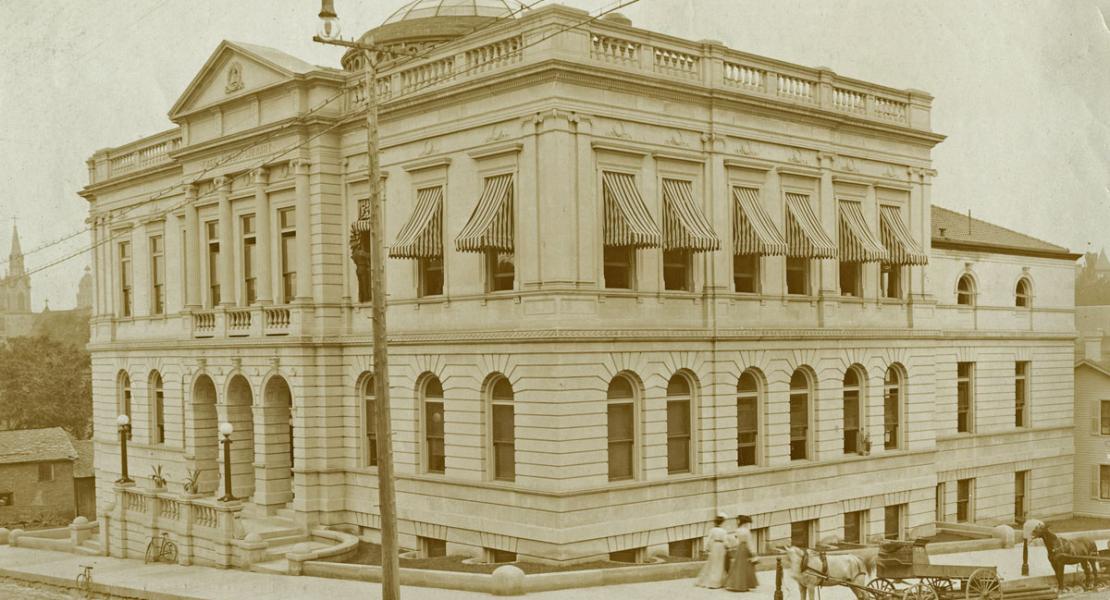 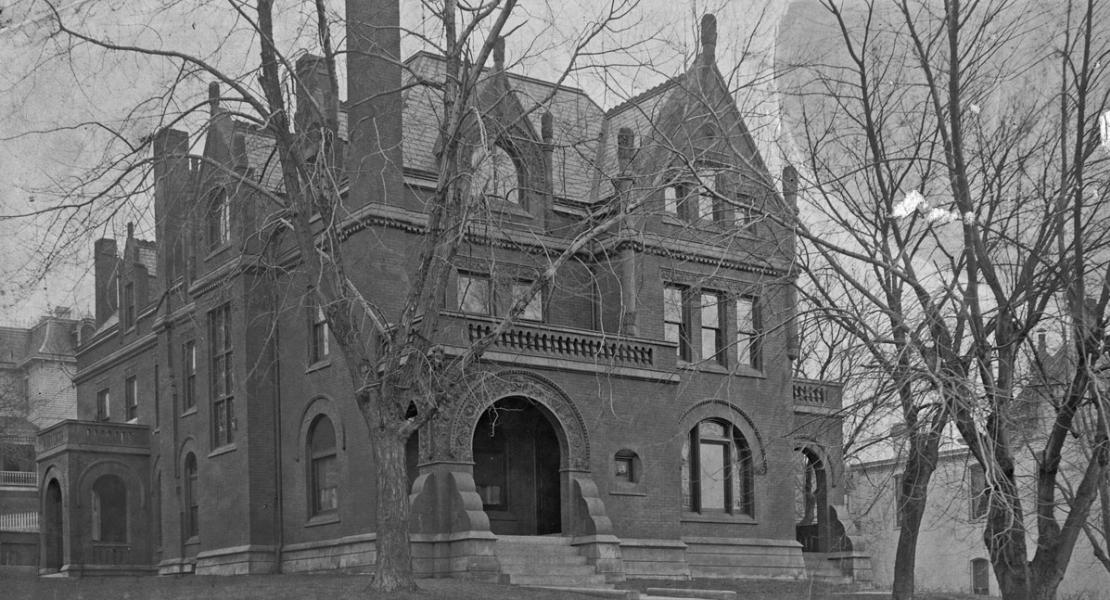 Born on June 22, 1845, in Strasbourg, France, Edmond Jacques Eckel demonstrated an early interest in architecture through mechanical drawings he created at age twelve and apprenticeships he served as an adolescent in his native city. At fourteen, Eckel developed a general knowledge of construction through practical experience with his father’s relative, a building contractor. His work with the city architect offered an introduction to the profession and helped prepare him for admission to the world’s most famed school of architecture, the École des Beaux­-Arts, in Paris.

At the École, Eckel followed the usual academic progression, first joining a studio, or atelier, as an aspirant in 1863. During his years in the Atelier Paccard and later the Atelier Vaudoyer, he practiced his skills in a fraternal setting where members exchanged ideas and offered assistance to one another. Aspirants were not admitted to the institution as students until they had passed the demanding entrance examinations—a feat Eckel accomplished at age twenty-one. Upon successful examination results, Eckel simultaneously progressed to the second class, as was customary at the École; advancement to the first class was determined by points received from judges at competitions. Because no graduation marked the culmination of the program at the time, students simply left the institution when they desired. In 1868 Eckel, who had achieved respectable scores but never advanced to the first class, departed the École, as well as his homeland. Exposure to construction projects in Strasbourg, combined with his academic background and exercises at the École, provided him with an exceptional understanding of architecture—one to be unrivaled in mid-America.

Considering that the only two schools of architecture in the United States were still in their infancy, Eckel’s migration to the country was timely: formally educated architects were in short supply when postwar reconstruction, western expansion, and technological advancements provided tremendous building opportunities. With this awareness, Eckel intended to establish himself in Kansas City, but an altered railroad itinerary instead brought him to St. Joseph on July 3, 1869, marking the start of a career and residency that spanned sixty-five years. As the second-largest city in the state, St. Joseph was burgeoning with wealth derived from trade networks afforded by its ideal proximity to rail and river transportation; it was ripe for the proliferation of Gilded Age architecture in both public buildings and dwellings.

First employed as a draftsman with P. E. Meagher and the firm of Stigers and Boettner, Eckel soon forged a series of partnerships, punctuated by periods of independent practice in St. Joseph: Eckel and Meier (1873–1874); Stigers, Boettner, and Company (1875–1877); Boettner and Eckel (1878–1880); Eckel and Mann (1880–1885, 1887–1891, and 1903–1905); Eckel and Van Brunt (1892); Eckel and Boschen (1908–1910); and finally, Eckel and Aldrich, a firm sustained by Eckel’s partner and son, George, until his death in 1959. Schooled in the traditions of the École, Eckel trained numerous draftsmen under his employ in an atmosphere much like the French ateliers. His professionalism enticed promising colleagues to St. Joseph, where they became his partners and were influenced by his tutelage.

Due to the popularity of revival styles during the extended period in which Eckel worked, his portfolio of more than four hundred projects represents his mastery of a wide range of building types and architectural styles, a diversity and architectural significance supported by more than twenty-five Eckel­-associated properties listed in the National Register of Historic Places. Some of his most exuberant work was created in high-Victorian styles during the late nineteenth century, including the storefronts of Wholesale Row, residences in the Hall Street and Museum Hill districts, and buildings in the Richardsonian Romanesque style that evolved when the enigmatic draftsman Harvey Ellis worked with Eckel and Mann from about 1888 to 1893. In contrast to these buildings, the St. Joseph Public Library (1900) and the city hall (1927) reveal classical influences Eckel internalized at the École and habitually applied to his student designs.

Eckel secured most of his work from local clients who were prominent figures among affluent social and business circles. He enhanced these contacts through his memberships in the Benton Club, the Chamber of Commerce, the Elks, the Odd Fellows, the Scottish Rite, and the St. Joseph Country Club. Yet Eckel’s commissions occasionally extended to other areas of the state, such as the city hall for St. Louis (1890–1904) and the designs he developed for patrons in California, Iowa, Kansas, Pennsylvania, Texas, and elsewhere. As a long-standing member of the Western Association of Architects, Eckel became a fellow of the American Institute of Architects when the two organizations merged in 1889.

Eckel’s physical stamina matched his professional passion: rather than retire at age sixty-five, he organized a new partnership and remained active in the practice until his death on December 12, 1934, at the age of eighty-nine. Near the close of Eckel’s career, architect John Albury Bryan recognized him as “the outstanding man in the history of the profession in the western section of the State.” Historic streetscapes and skylines attest to Eckel’s influence on the built environment of St. Joseph, a city he shaped perhaps more than any other architect.