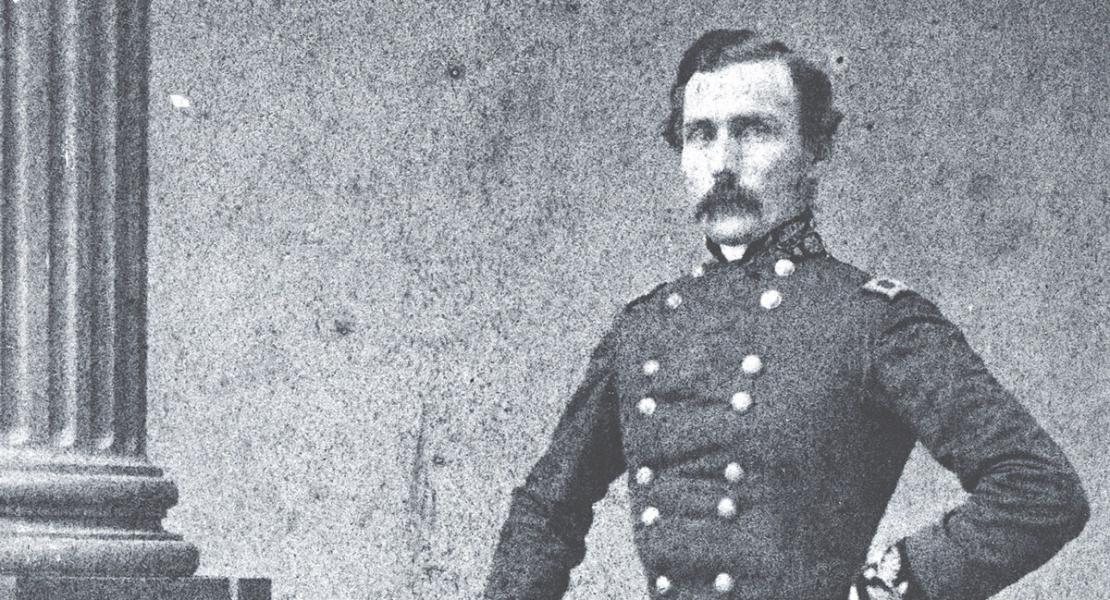 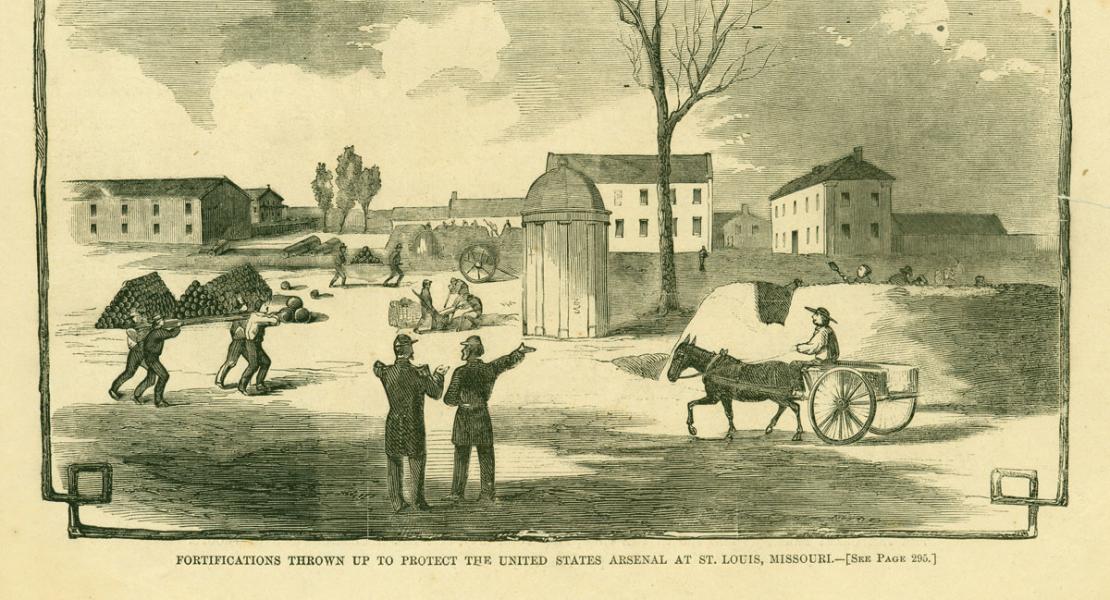 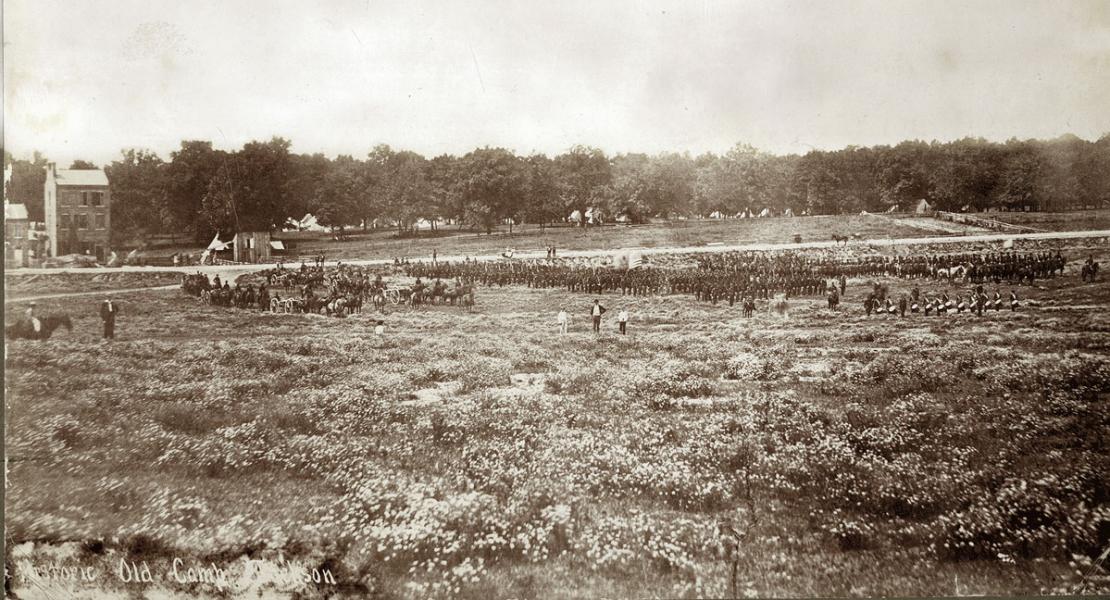 Daniel Marsh Frost, a Confederate army officer, was born on August 9, 1823, in Mariaville, in Schenectady County, New York. He graduated from West Point in 1844, fourth of twenty-five cadets in his class, and was assigned initially to the First Regiment Artillery before transferring to the cavalry. He served on the staff of General Winfield Scott in the Mexican War, seeing action at Vera Cruz and winning a brevet for gallantry at Cerro Gordo. After the war, Frost was wounded while serving on the frontier as an Indian scout. He studied cavalry tactics in Europe for a year before returning to the First Regiment Mounted Rifles. In 1853 he resigned his army commission and returned to St. Louis, the home of his wife, Eliza Brown Graham, daughter of Major Richard Graham and granddaughter of John Mullanphy. There he engaged in the fur trade and lumber business and also practiced law.

Frost was appointed to the Board of Visitors of the US Military Academy and in 1854 won election as a Democrat to the Missouri State Senate. He served one term, during which he framed an act creating the state’s militia. Governor Robert Marcellus Stewart appointed Frost brigadier general in that militia, and in the fall of 1860 he led a brigade to southwestern Missouri to suppress border hostilities created by antislavery guerrilla “Jayhawkers” from Kansas.

At the outbreak of the war in 1861, Frost sympathized with the South and openly favored the secession of Missouri. He urged the state’s governor, Claiborne Fox Jackson, to convene the General Assembly and to send agents to the Confederate government to obtain mortars and siege guns in preparation for an attack on the federal arsenal in St. Louis (which held the largest store of munitions in the slave states). Frost also suggested that the governor order him to mobilize the state militia to oppose federal troops stationed in the city. On May 2 Jackson ordered all state militia district commanders, including Frost, to convene military camps of instruction. Frost commanded the First District, which included St. Louis and its environs, and soon received four pieces of artillery from the Baton Rouge arsenal (captured by Louisiana Confederates) to aid in his proposed attack on the St. Louis arsenal. Unknown to Frost and Jackson, however, arsenal commander Nathaniel Lyon had secreted all of its arms and ammunition to Illinois on the night of April 25, thus rendering the arsenal inert as a military target.

On May 10 Lyon surrounded the St. Louis encampment, named Camp Jackson in honor of the governor and located in Lindell Grove at the city limits, forcing Frost to surrender it. While Lyon marched the prisoners through the city’s streets to the arsenal, shooting erupted, killing twenty-eight and precipitating two days of rioting in St. Louis. In the summer of 1861, upon receiving his parole and exchange after the Camp Jackson incident, Frost left the state, urging Confederate commanders in Arkansas and Kentucky to invade Missouri. His earnestness gained him an appointment as brigadier general in Confederate service.

Given command of the Seventh and Ninth Divisions of the Missouri State Guard, in March 1862 Frost led the troops at the Battle of Pea Ridge, Arkansas. Confederate General Earl Van Dorn appointed Frost as commanding officer of the artillery brigade of the Army of the West. Frost then acted briefly as inspector general of the Army of the Mississippi under Braxton Bragg before assuming brigade command again in the Army of the West. He fought at the Battle of Prairie Grove in Arkansas, serving under Thomas C. Hindman and succeeding him temporarily as division commander. After participating in the campaigns of Helena and Little Rock, Frost received news of his wife’s banishment from their home near St. Louis in April 1863, which caused him to leave the army that fall to care for her.

Requesting a sixty-day leave of absence, approved by Sterling Price, Frost took his family first to Mexico, then to Cuba, and finally to Canada. Theophilus Holmes, commanding the District of Arkansas, protested and ordered Frost to return at once to his brigade. Enraged, Frost resigned his commission in November 1863, though it was widely publicized that he deserted. Believing that his northern birth and the surrender of Camp Jackson had besmirched his reputation, Frost refused to return to the army. Following the war he returned to his home in St. Louis and spent much of his remaining life trying to clear his name. He died on October 29, 1900, and is buried in Calvary Cemetery in St. Louis.

———. Missouri’s Confederate: Claiborne Fox Jackson and the Creation of Southern Identity in the Border West. Columbia: University of Missouri Press, 2000.

Snead, Thomas L. The Fight for Missouri from the Election of Lincoln to the Death of Lyon. New York: Charles Scribner’s Sons, 1886.