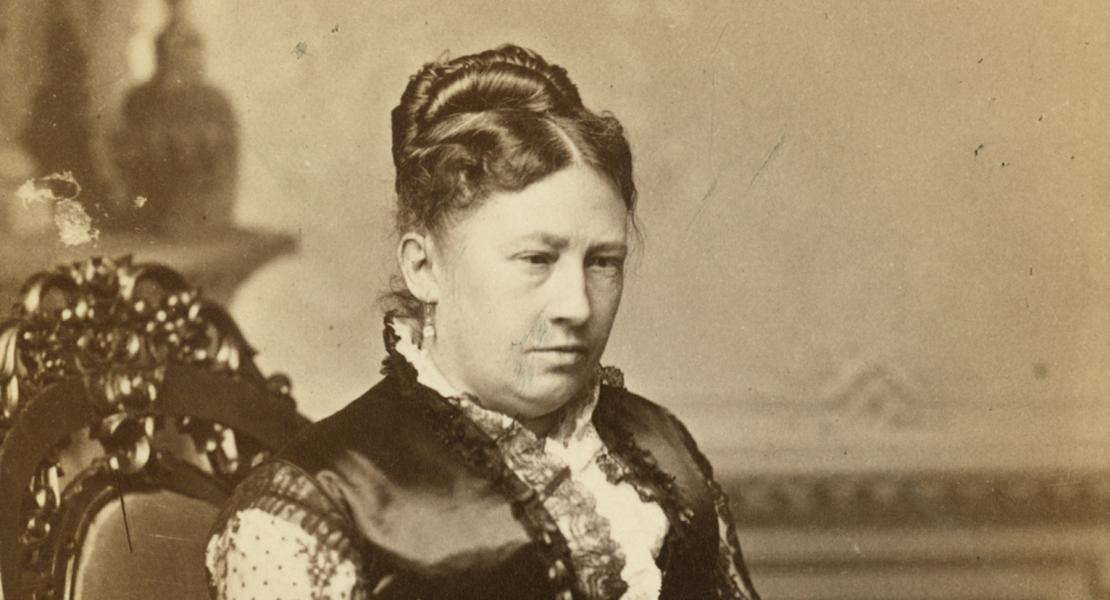 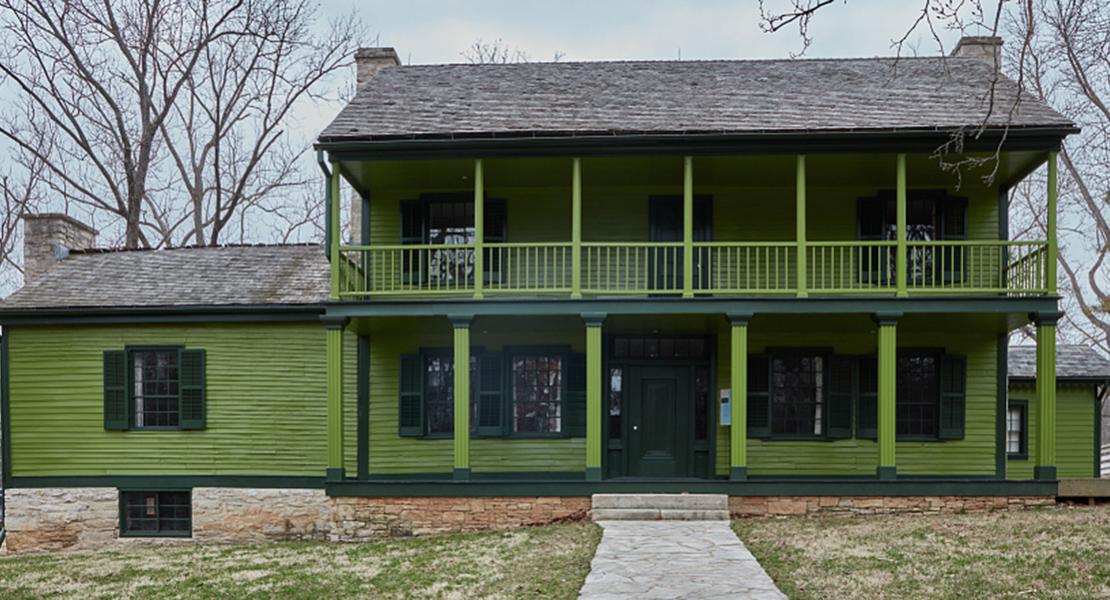 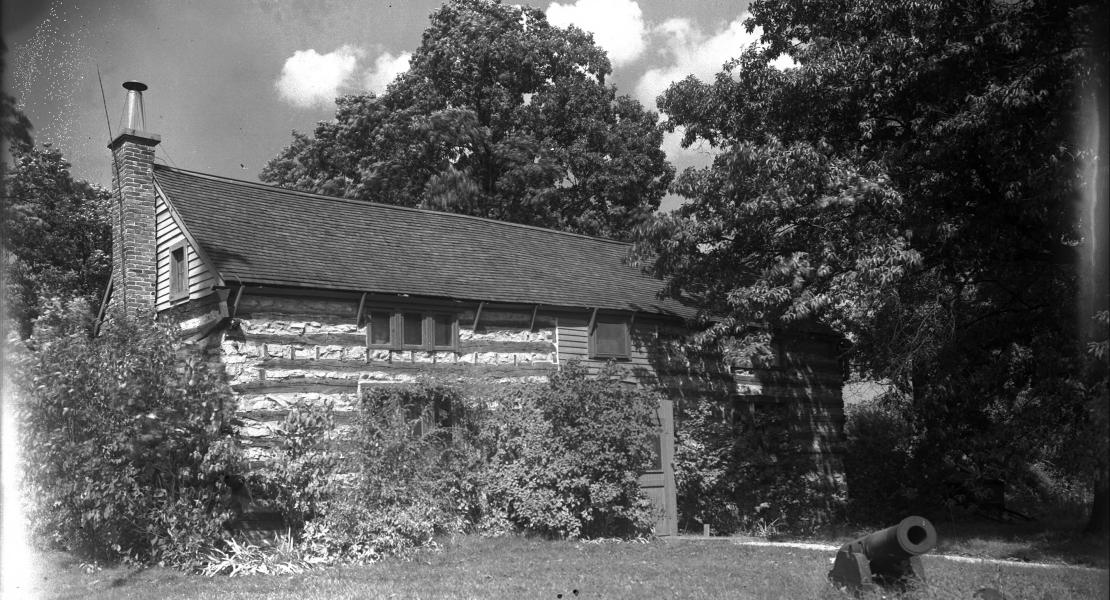 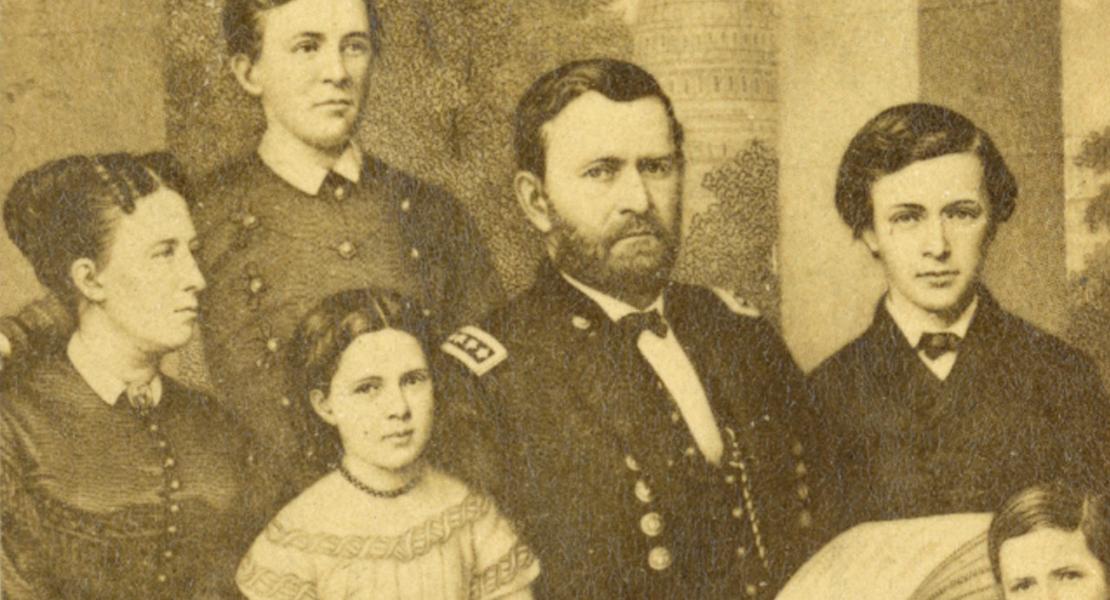 Although best known as a general’s wife and a first lady, Julia Dent Grant left an important legacy in her own right. She shared in the mixed fortunes of her husband, Ulysses S. Grant, promoted his welfare, served her family, and fulfilled her patriotic duty, capturing much of these experiences in The Personal Memoirs of Julia Dent Grant.

Julia Dent was born in St. Louis, Missouri, on January 26, 1826, the daughter of “Colonel” Frederick and Ellen Wrenshall Dent. Julia, the fifth of seven children and the first girl, grew up at White Haven, the family farm and estate, where she fished, rode horseback, and played in the woods. As a schoolgirl she declared that she would marry “a soldier, a gallant, brave, dashing soldier.” Upon returning home from boarding school, she met that soldier in Ulysses S. Grant. Invited to White Haven by her brother Frederick Dent, who had been Grant’s West Point roommate, Ulysses became a frequent visitor. He and Julia enjoyed walks and horseback rides, often dodging her siblings and people enslaved by the Dents to be alone. Ulysses proposed in the summer of 1844, but their marriage was delayed until August 22, 1848, due to his service in the war with Mexico.

In 1850, while Ulysses was posted to army duty in Detroit, Julia returned home to White Haven for the birth of their first child, Frederick. Their second child, Ulysses Jr., called “Buck,” was born in Ohio, and their last two children, Nellie “Ellen” and Jesse, were born at the White Haven estate after Ulysses Grant’s resignation from the army in 1854.

By 1855 the Grants farmed eighty acres of land given to Julia as a wedding present by her father, while Ulysses managed the rest of the White Haven estate. Although these were financially trying times for the Grants, Julia remained supportive and considered herself “a splendid farmer’s wife,” raising chickens and occasionally churning butter, leaving the rest of the domestic chores to African Americans enslaved by her family. In her husband’s absence during the Civil War she served as financial manager and agent, leasing sections of the farm, collecting rent from tenants, and consolidating land titles.

Throughout the war, letters helped to ease the pain of separation, but Grant often traveled to meet her husband at various encampments. Ironically, when she brought the children to see the Union generals, Jule, an enslaved woman, assisted with the children’s care. Grant continued to be her husband’s trusted confidante, and often offered political advice, as in inviting President Lincoln and the first lady to visit them at the front.

During Ulysses Grant’s two terms as president of the United States, from 1869 to 1877, Julia Grant was an active participant in official matters. She attended Senate hearings, read through the president’s mail, and met with cabinet members, senators, justices, and diplomats. She reveled in her role as hostess, and held an elaborate wedding in the White House East Room for her daughter Nellie in 1874. She enjoyed her time so completely at the White House that she felt like a “waif” when they departed in 1877.

That same year the Grants embarked on a world tour in which they visited many countries. Being treated as American celebrities proved a welcome break from the political turmoil of the presidency. Nearly one-third of Grant’s memoir is devoted to recalling this trip, clearly a high point in her life.

A short time after their return to the States, doctors diagnosed Ulysses with throat cancer. In a last effort to provide for his family, he wrote his memoirs in 1885 before dying quietly at Mount McGregor, New York, surrounded by family members. The profits from Ulysses’s memoirs left Julia a wealthy woman, and she chose to live in New York and Washington, DC. For the last seventeen years of her life, Grant worked to promote the memory of her beloved husband. In 1897 she attended the dedication of Grant’s Tomb in New York City with President McKinley at her side.

Grant also planned to leave her memoirs for the world. Completing them in 1897, she had difficulty finding an editor with whom she could agree, and they were not published until 1975. She died from heart and kidney complications on December 14, 1902, at the age of seventy-six, and is buried next to her husband in Grant’s Tomb. All four of her children outlived her, producing thirteen grandchildren.

Sharra Vostral is a professor of history at Purdue University. She holds a PhD in history from Washington University in St. Louis.

Grant, Ulysses S., with an Introduction by Ron Chernow. My Dearest Julia: The Wartime Letters of Ulysses S. Grant to His Wife. New York: Library of America, 2018.