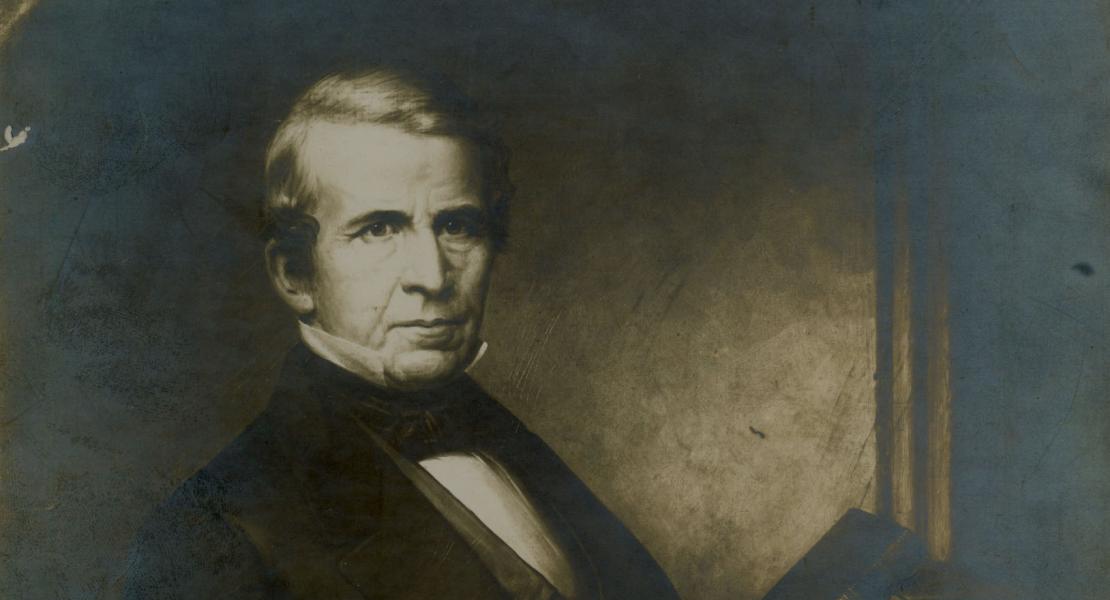 Henry S. Geyer was born in Frederick, Maryland, on December 9, 1790. He received a private education at home and additional instruction from his maternal uncle, Daniel Sheffie, a prominent lawyer and member of Congress from Virginia. After studying in his uncle’s law office, Geyer returned to Maryland in 1811 to practice law. In 1812 he enlisted as a first lieutenant in the Thirty-Sixth Regiment, Maryland Infantry, and served until 1815, attaining the rank of captain. In August 1815 he moved to St. Louis, where he resumed the practice of law.

Soon after his arrival, Geyer challenged George Kennery to a duel that was fought at Bloody Island on the Mississippi River. The disagreement, the nature of which is unknown today, was settled at ten paces with pistols. Kennery was wounded in the leg and was unable to stand. Both parties agreed to await his recovery before finishing the contest. Later, however, the men reconciled and became good friends.

In 1818, Geyer was elected to the territorial assembly, and in that year he published a compilation of Missouri’s territorial laws, popularly known as “Geyer’s Digest.” Following statehood he served in the Missouri House of Representatives and was elected Speaker of that body in 1821, 1822, and 1824. In 1822 he and Rufus Pettibone were chosen to revise the state’s laws. Their work, which entailed compiling, revising, and eliminating inconsistencies in the state law code, was completed by November 1824. Failure to provide funding for the establishment of new schools prevented implementation of the code’s educational provisions. However, by the mid-1830s growing public interest in state support for schools motivated the legislature to reassess the state’s educational system. Geyer once again shouldered this task, and in 1839 the General Assembly approved the Geyer Act, which authorized the creation of a comprehensive system of public schools at the elementary, secondary, college, and university levels. The complicated plan was never put into effect, but the legislature did vote to establish a state university at Columbia.

Geyer’s compilation of Missouri’s territorial law in 1818 and his work in the state legislature greatly enhanced his reputation as a lawyer, ensuring a lucrative practice. According to a contemporary, William Van Ness Bay, Geyer often made use of “sarcasm, invective, irony, and ridicule” in his legal arguments. His oratory was not flowery, like that of many lawyers of the period; he instead presented his cases cogently and concisely. His forte was the cross-­examination of witnesses. According to Bay, these talents, coupled with his great knowledge of the law, made Geyer Missouri’s most able lawyer.

In 1824 Geyer supported Henry Clay’s presidential bid and endorsed his American System, which sought to promote manufactures and trade through protective tariffs, internal improvements, and a national bank. When the president, Andrew Jackson, vetoed the bill to recharter the Bank of the United States in 1832, Geyer helped compose a set of protest resolutions, stating that the bank had been “highly beneficial” to Missouri and the country. In the mid-1830s he also helped form and take a leadership role in Missouri’s Whig Party.

In 1850 Millard Fillmore offered Geyer the position of US secretary of war, which he declined. In 1851 Thomas Hart Benton’s career as a US senator came to an end following his insistence that Congress had the power to restrict slavery in the federal territories. Divisions in both the Democratic and the Whig Parties made finding a successor to Benton very difficult. Geyer, who was a replacement candidate, failed to put forth a clear-cut opinion concerning Congress’s power to restrict slavery; this ambiguity enabled him to gain enough support from Whigs and Democrats to secure election. He served one term in the US Senate, from 1851 to 1857. His vote for the Kansas-Nebraska bill, which repealed the Missouri Compromise, demonstrated his strong proslavery views. At the end of his term, he did not seek reelection, but he did continue to practice law.

Because of his knowledge of Missouri law, his demonstrated ability before the US Supreme Court (as a senator he pleaded cases in Washington), and his strong Southern views, Geyer was recruited to aid Reverdy Johnson in representing John F. A. Sanford, the slave-owner defendant in the landmark Dred Scott case. In writing his decision, Roger B. Taney, chief justice of the Supreme Court, borrowed from Geyer’s brief that cited important legal precedents on the questions of federal jurisdiction over state cases and the citizenship status of African Americans. Geyer argued for limited federal oversight of state supreme court decisions and against Scott’s right to bring suit in federal court, and stated that the Missouri Compromise was unconstitutional.

Geyer died in St. Louis, Missouri, on March 5, 1859, at the age of sixty-eight, and was interred at Bellefontaine Cemetery.