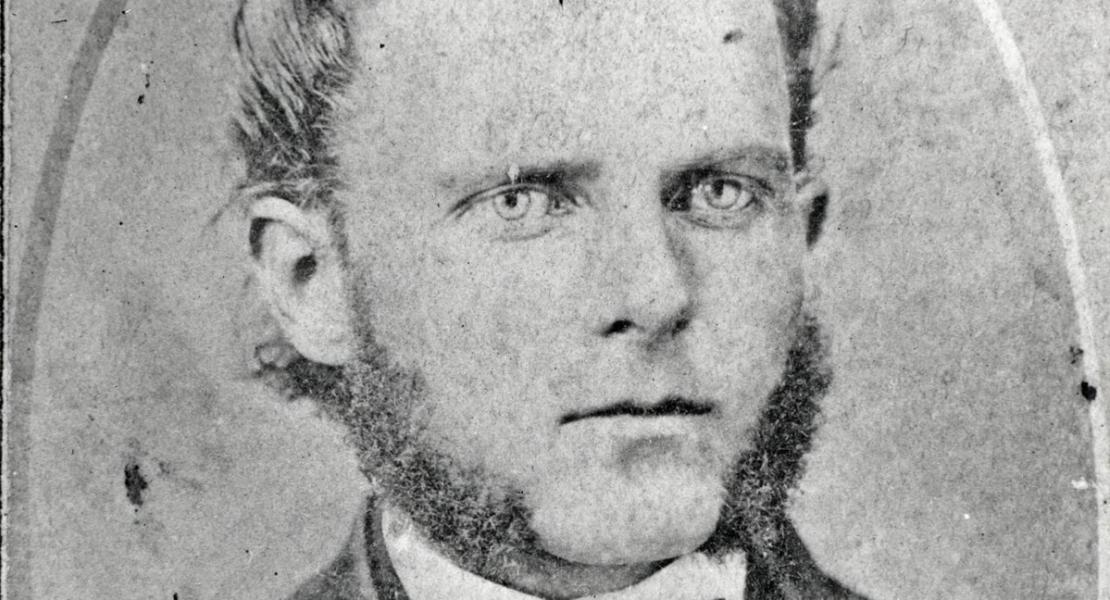 Herman Jaeger was born in Brugg, Switzerland, on March 23, 1844, the sixth of seven children of Charles and Mary Custer Jaeger. His father was a farmer and merchant, and his mother was the granddaughter of educator Johann Pestalozzi. Jaeger attended school in Switzerland until he reached age sixteen. From 1860 to 1863 he served an apprenticeship in a dry goods house, and from 1863 to 1864 he worked in a wine house near Lake Geneva. In addition, he almost certainly received some training in viticulture before leaving Switzerland.

In 1864 Jaeger immigrated to the United States, arriving in Norfolk, Virginia, proceeding to St. Louis, and settling near Neosho, in Newton County, Missouri, in 1865. His farm originally consisted of forty acres; when his brother John arrived and bought the adjoining forty acres, the two merged their properties and their skills. In 1866 Jaeger planted his first vines. Having brought cuttings of East Coast varieties to Missouri, he was able to graft the Concord and the Virginia onto root stock of the hardy (but sour) grapes that grew wild in the Ozarks. From this modest beginning, Jaeger went on to originate around one hundred varieties of grapes.

The early grafting experiments, though ultimately successful, nearly led to initial disaster. Jaeger’s eastern cuttings imported into the Ozarks a blight, downy mildew, which threatened to destroy his vineyards. He responded to the crisis by concocting a blend of sulfur, iron sulfate, and copper sulfate. Using this mixture, he was eventually successful not only in combating the blight but also in pioneering experiments in spraying to control crop disease.

Jaeger’s major concern throughout his life was the development of increasingly hardy varieties of American grapes. His work received international recognition during the late 1870s and the 1880s. In this period, as vineyards in France became increasingly infested with phylloxera, or root louse, the French government sought assistance from experts around the globe. French growers reluctantly concluded that the best way to combat the problem was to import disease-resistant American vines, which saved their vineyards from total devastation. Although other Missouri growers contributed hardy stock as well—notably, George Husmann from Columbia and Isidor Bush from St. Louis—the French apparently saw Herman Jaeger’s contribution as especially significant: on January 1, 1889, they awarded him the cross of the Legion of Honor for his efforts.

Most accounts claim that Jaeger was something of a recluse, though he apparently maintained contact with other horticulturists and published in American and European journals. In 1895, however, the disappearance of this slightly eccentric grower rendered him the subject of Ozark folklore. Some concluded that he suffered ill health, others believed he was mentally unbalanced or had met with an unfortunate accident, and still others thought he fled financial difficulties. Perhaps most reliable is the speculation that he was despondent over the successes of prohibitionists in Newton County. Whatever the reason, in July 1895 Herman Jaeger left home, ostensibly to attend to some business affairs; he never returned to his family or vineyards. Elise Jaeger later received a letter from her husband, undated, but postmarked Kansas City, Kansas, in which he told her he wanted to “make an end to it, before I get crazy.” A police investigation revealed nothing of Jaeger’s fate, and the question of what became of him remains unanswered.