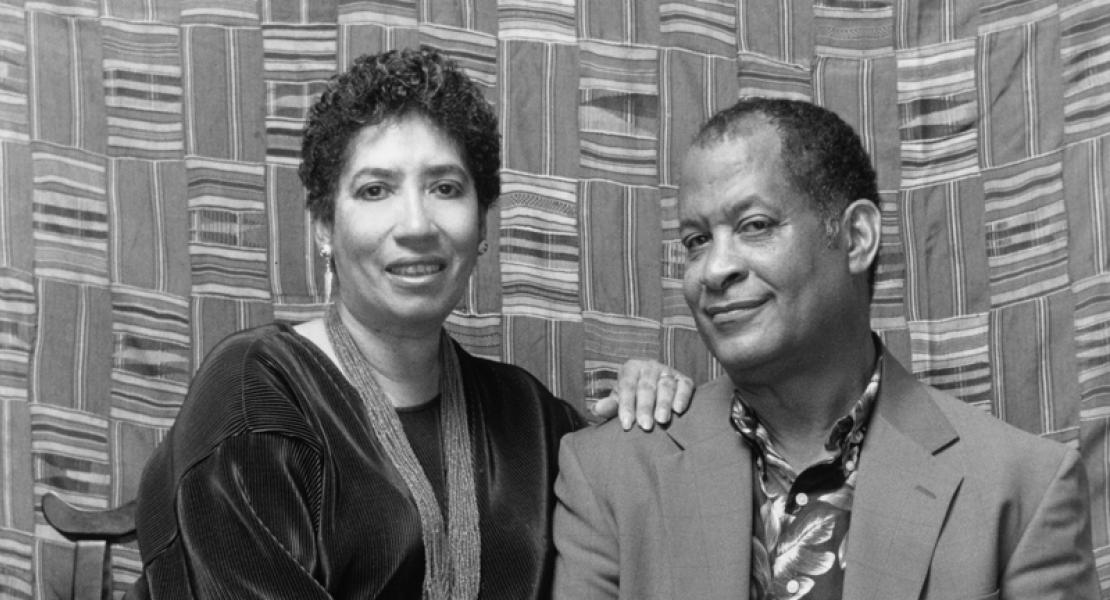 Patricia C. McKissack dedicated her career as a writer to showcasing black voices through children’s books and biographies that highlighted prominent African American figures. The prolific author wrote over one hundred books, coauthoring many with her husband, Fredrick L. McKissack. She received some of the highest honors in children’s literature, including a Newbery Honor, a Caldecott Honor, and, with Fredrick, nine Coretta Scott King Author Honors and Awards.

Many of McKissack’s works sought to fill voids in children’s literature by creating identifiable characters for black children so they could see themselves in the stories they read. Yet her books were intended for readers of every race. “We do not write only for black children,” she once said. “We write for all children. We want children to learn our stories and our heroes.”

She was born Patricia L’Ann Carwell on August 8, 1944, in Smyrna, Tennessee, a town near Nashville. Robert Carwell, her father, worked as an administrator for the city jail, convention center, and airport, while her mother, Erma Petway Carwell, was a hospital admissions aide. The family moved to the St. Louis area when Patricia was three years old. In 1954, McKissack was one of the first black students to integrate all-white Robinson Elementary School in Kirkwood, Missouri, after leaving “overcrowded, underfunded” J. Milton Turner School—a change McKissack characterized as both “difficult” and “traumatic” for a sixth-grader. She later based her 2007 book A Friendship for Today on her experiences at Robinson, although it was set in the fictionalized town of “Kirkland” in 1954.

McKissack’s parents divorced while she was in junior high school, and she and her mother moved to the Preston-Taylor Housing Projects in segregated Nashville. Here Patricia grew up “in the bosom of [a] loving family” that surrounded her with storytellers, particularly her grandfather, Daddy James, whom she remembered as “the storyteller in every sense of the word.” She took in sensory details from her summers in Nashville that would later be spun around characters based on the people she encountered. Stories she heard while sitting on the porch with Daddy James inspired her 2006 story collection Porch Lies: Tales of Slicksters, Tricksters, and Other Wily Characters.

An avid reader as a child, McKissack was troubled that she seldom encountered blacks in books. Still, she frequented the Nashville Public Library, one of the few unsegregated institutions at the time. “It was always open to blacks,” McKissack said in an interview, “and that said something about the library to me: Here is a place where blacks are welcome, so it must be a wonderful place.”

McKissack remained in Nashville to attend Tennessee Agricultural and Industrial State University (now Tennessee State University), where she became reacquainted with her childhood friend Fredrick McKissack. In 1964 she graduated with a degree in English, and by December of 1965 Patricia and Fredrick were married. They soon moved to St. Louis after Fredrick took a job with the US Army Corps of Engineers. They raised three sons—Fredrick Jr., John, and Robert—while he worked as a general contractor and she taught eighth-grade English at Nipher Junior High School in Kirkwood. While teaching, McKissack also earned a master’s degree in early childhood literature and media programming from Webster University. She left teaching to work full-time as the children’s book editor at Concordia Publishing House, a publisher of the Lutheran Church–Missouri Synod, from 1976 to 1981.

By the early 1980s, Fredrick’s contracting business was failing and Patricia had grown tired of her editing job. They decided to leave their careers to write books that would appeal to adults and children alike, and by 1982 the McKissacks were writing full-time. Fredrick acted as the principal researcher, while Patricia served as the main writer. Though Patricia’s name alone appeared on many books, she said in interviews that she and Fredrick were a team, with the two collaborating side by side in their home library. Motivated by her inability as a teacher to find a biography on Paul Laurence Dunbar (her mother’s favorite poet) for her students, McKissack looked for gaps in children’s and young adult literature that she could fill with enlightening books on the black experience. The McKissacks’ first biography, Paul Laurence Dunbar: A Poet to Remember, was published in 1984. They went on to coauthor more biographies that touted African American heroes.

“As both a parent and teacher, I was aware that there was very little accurate material available about African-American history,” Patricia McKissack said. “Whole generations were growing up, unfamiliar even with heroes like Frederick Douglass, Mary Church Terrell, Paul Robeson . . . I realized then that if someone didn’t start preserving these stories, an extremely important part of our heritage could be lost forever.”

McKissack’s fiction was often set in the South, which she painted as a place steeped in magic, mischief, and memory. She drew on aspects of black folklore to craft stories that featured supernatural creatures and relied on traces of African culture to shape reflections on her own family traditions. Her first picture book, Flossie and the Fox, was published in 1986. The Book Trust in London selected Flossie as one of the best books of 1986—fittingly, McKissack called Flossie her “breakthrough mainstream press book.”

In 1988, McKissack won a Caldecott Honor for her picture book Mirandy and Brother Wind, which centers on the cakewalk tradition—a dance introduced to America by enslaved African Americans. Mirandy, the book’s protagonist, was named after Fredrick’s grandmother, Miranda. In the following year McKissack and her husband released A Long Hard Journey: The Story of the Pullman Porter, which was awarded the couple’s first King Author Award in 1990.

The McKissacks’ best-known works soon followed. The Dark-Thirty: Southern Tales of the Supernatural (1992), which focused on the magical happenings in the half hour before sunset, earned a prestigious Newbery Honor for outstanding contribution to children’s literature in 1993, as well as a King Author Award. Sojourner Truth: Ain’t I a Woman? (1992), which the New York Times Book Review praised as a top biography for young readers, was awarded a King Author Honor Award and a Boston Globe/Horn Book Nonfiction Award in 1993.

The success of these books enabled the McKissacks to tackle a wider variety of African American history topics in books such as Black Diamond: The Story of the Negro Baseball Leagues (1994), which Patricia McKissack wrote with her son Fredrick Jr., and Black Hands, White Sails: The Story of African-American Whalers (2000). Black Diamond and Black Hands, White Sails received King Author Honor Awards in 1995 and 2000, respectively. McKissack and her husband also wrote nonfiction on topics ranging from slave uprisings (Rebels against Slavery, 1996) to the Tuskegee Airmen (The Red-Tailed Angels: The Story of the Tuskegee Airmen of World War II, 1995).

In 2012, McKissack and Fredrick Jr. teamed up to write Best Shot in the West: The Adventures of Nat Love, which the Times Book Review praised as a “gripping graphic novel.” McKissack also joined her sons Fredrick Jr. and John to write the Clone Codes, a science fiction series released under the authorship of “The McKissacks.” The last book published before her death, Let’s Clap, Jump, Sing & Shout; Dance, Spin & Turn It Out!, a collection of songs, poems, and rhymes that celebrate African American childhood, was released in January 2017. Another book, What Is Given from the Heart, is set for release in 2019.

In 2014, one year after Fredrick’s death, he and Patricia were awarded the Coretta Scott King-Virginia Hamilton Award for Lifetime Achievement for their lasting contributions to children’s literature. Patricia McKissack died on April 7, 2017, in Bridgeton, Missouri, at the age of seventy-two. In a eulogy, Mary Barrett, the president of the National Children’s Book and Literary Alliance, remembered Patricia and Fredrick McKissack as “guiding lights, expanding [the] universe in multiple directions” in their pursuit of diversity in children’s literature. Jonda McNair, a scholar of children’s literature, placed Patricia McKissack in the company of one of the same African American heroes whose stories she sought to tell: “W.E.B. Du Bois and Patricia McKissack have shown a commitment to social protest and have aimed, through their writing to alter the relationship between literature and racial power.”

Lauren Pike is a graduate of the University of Missouri in Columbia and a former intern with the State Historical Society of Missouri.

Morris, Ann, and Doris A. Wesley. Lift Every Voice and Sing: St. Louis African-Americans in the Twentieth Century. Columbia: University of Missouri Press, 1999.