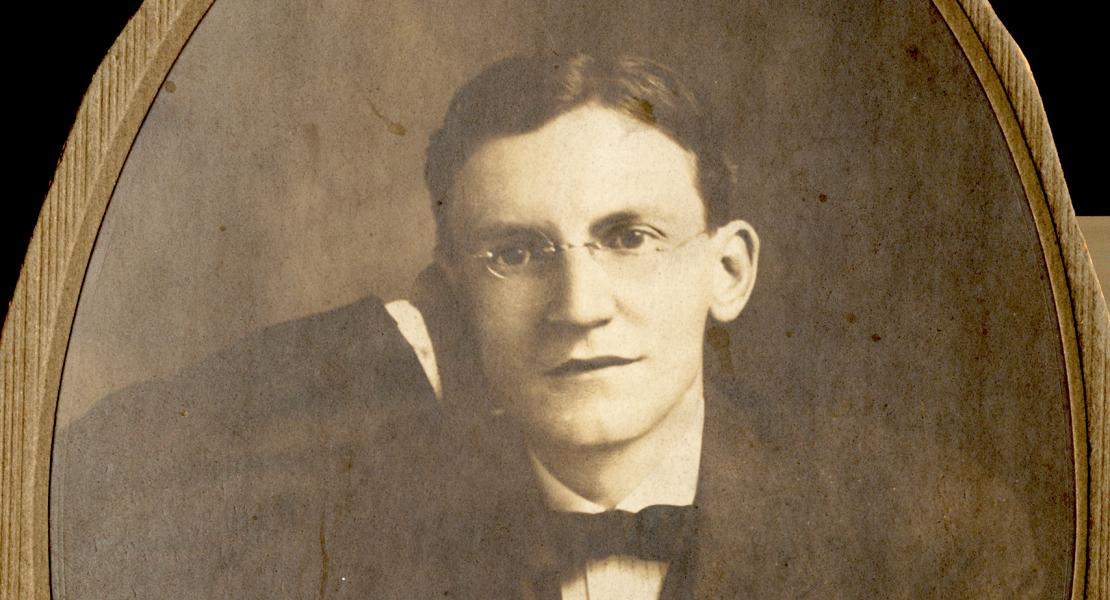 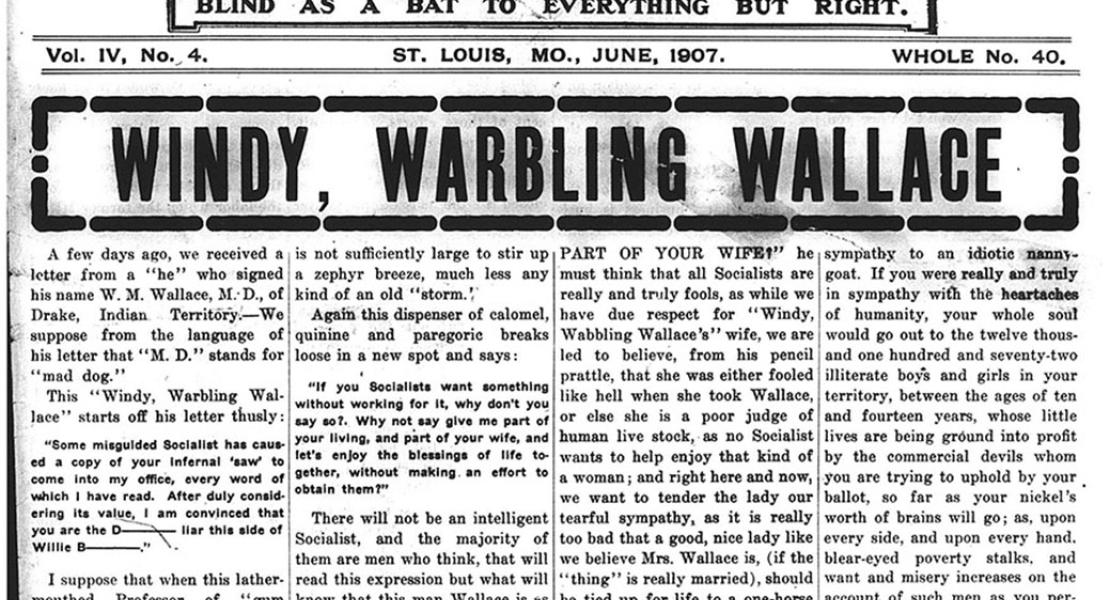 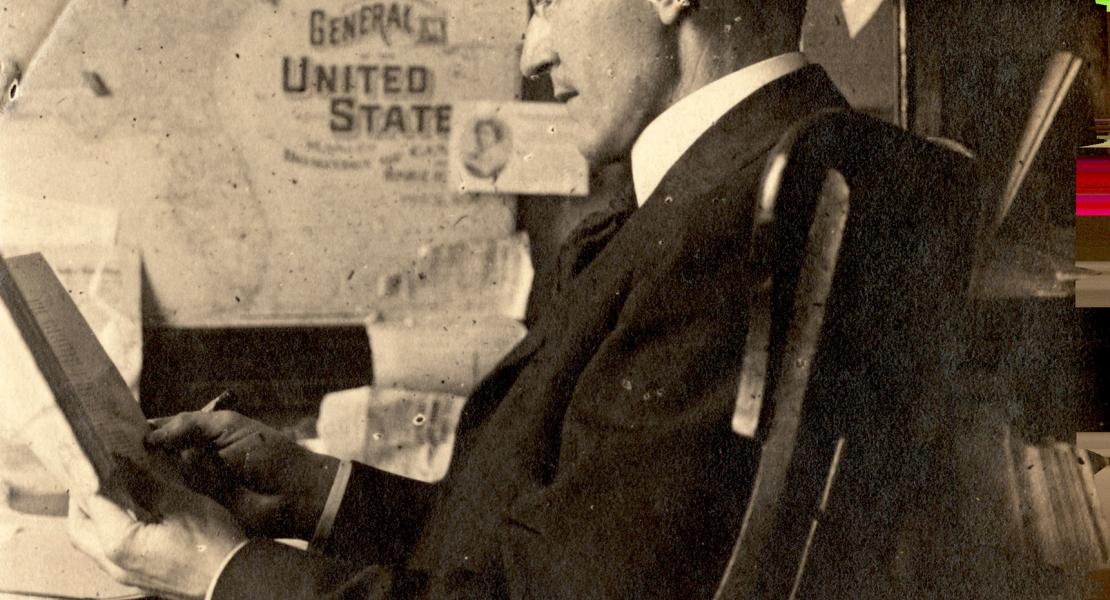 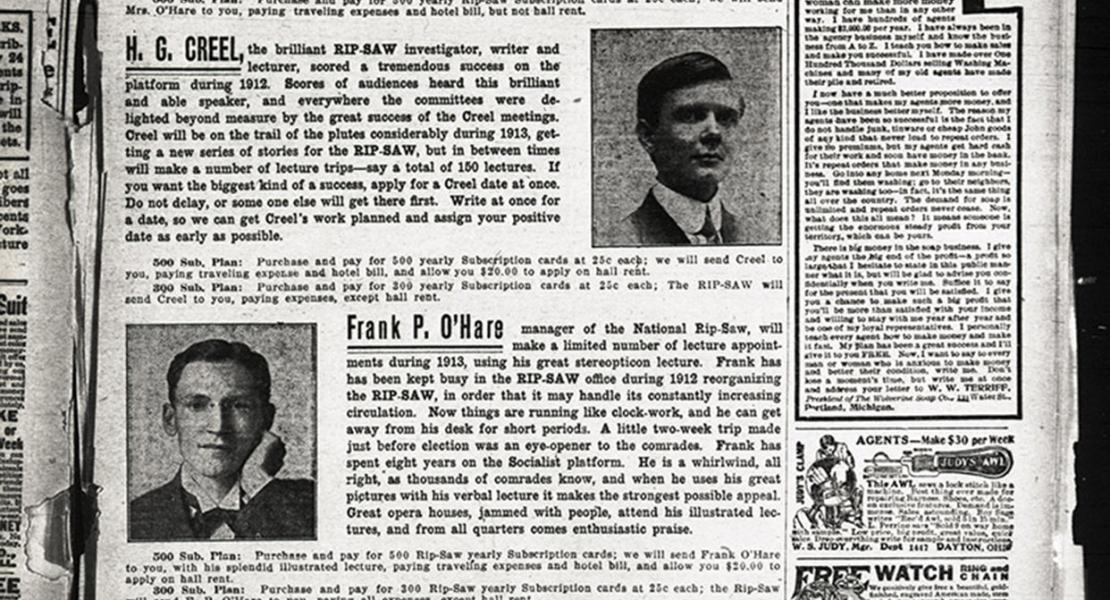 Francis Peter “Frank” O’Hare was born in New Hampton, Iowa, on April 23, 1877, to Peter Paul O’Hare, an Irish immigrant from Belfast, and Elizabeth Weijers O’Hare, a Dutch immigrant. In 1881, following Peter O’Hare’s abandonment of his family, Elizabeth and her four children moved to St. Louis, where they lived in the notorious Kerry Patch slum.

Frank O’Hare dropped out of high school in the eleventh grade to take a job with an electric company that helped build Union Station. He worked as a pricing clerk at Simmons Hardware and then at Emerson Electric for Thomas Meston, who became O’Hare’s intellectual mentor for several years, introducing him to the writings of Herbert Spencer, Karl Marx, and others. In 1900 O’Hare became a Socialist and began to espouse a political creed that was part midwestern populism and part Americanized Marxism. The next year he met his future wife, Kate Richards, at a school for Socialist agitators in Girard, Kansas. The couple began their calling as itinerant lecturers with a honeymoon tour of Missouri towns and eventually became two of the most popular speakers on the Socialist Chautauqua.

In 1911 Frank O’Hare returned to St. Louis to serve as circulation manager and de facto editor of the National Rip-Saw, a Socialist tabloid. Through a combination of hard-hitting investigative forays into the underside of capitalism, aggressive sales tactics, and revenue from advertisements for sleazy products, O’Hare made the Rip-Saw into the most popular Socialist monthly in American history. He coordinated the itineraries and edited the copy of his “star” writers, including his hero and friend Eugene Debs, Oscar Ameringer, and Kate Richards O’Hare. Although he identified emotionally with the left wing of the Socialist Party and looked upon foreign-born, urban party leaders as his sworn enemies, O’Hare often found himself in agreement with the evolutionary Socialists of the center and right on theoretical and tactical questions.

In early 1917 O’Hare resigned from the Rip-Saw and moved his family to Ruskin Commune in Florida. Following his wife’s imprisonment for violating the Espionage Act during World War I, he returned to St. Louis to edit Frank O’Hare’s Bulletin and to publish Kate O’Hare’s prison letters to raise money and publicize her case. In his spare time he invented the first accounting machine with a mechanical memory, though he failed to seek a patent on the device until it was too late.

Once his wife’s release had been won in 1920, O’Hare restarted the Rip-Saw, this time as the publisher. The O’Hares launched the Children’s Crusade to dramatize the plight of the families of leftists still languishing in prison after the war. The publicity campaign speeded the release of political prisoners, but it also brought the Rip-Saw to the brink of bankruptcy and caused the O’Hares to be expelled from the Socialist Party. Subsequently, they moved their magazine to New Llano Cooperative Colony in Louisiana, only to be caught in a bitter factional fight that led to the collapse of their publication and, ultimately, of their marriage; the O’Hares’ divorce became final in 1928. Later in the year Frank married Irene Reynolds, a pious young woman who doted on him for the rest of his life.

In the late 1920s O’Hare began a second career in business in St. Louis, acting as an efficiency expert for a hat manufacturer. Losing his job in the aftermath of the stock market crash, he worked for a labor-press syndicate in New York and wrote freelance articles for labor magazines and the St. Louis Post-Dispatch.

In 1937 O’Hare returned to St. Louis for good, teaming up with other prewar radicals to publicize a Socialist-style cure for the Great Depression that they called “Abundance for All.” During World War II he became a regular book reviewer for the Post-Dispatch and contributed occasional features. O’Hare also continued his amateur career as an inventor, creating, among other things, an automatic mapmaking device (another creation that he waited too long to patent) and more practical moneymaking schemes such as a slide-rule instruction book.

O’Hare also founded a luncheon club, the Dunkers, and published a newsletter that featured club activities, book reviews, and essays reflecting O’Hare’s continuing faith in democratic socialism. He insisted that the Dunkers reach across lines of race, class, and gender. During the heyday of McCarthyism, the club became a refuge for free speech, where liberal businessmen and politicians, labor leaders, women, and African Americans met on equal terms to discuss common civic concerns. Eventually, the Dunkers evolved into a freewheeling intellectual salon, while O’Hare continued to be a gadfly against the St. Louis establishment and a revered role model for a new generation of radicals and community activists.

O’Hare died in St. Louis on July 16, 1960. Roger Nash Baldwin, founder of the American Civil Liberties Union, neatly summarized his friend’s contribution to the history of Missouri: “The strength of our democracy lies largely with its dissenters, its rebels, its optimists and prophets. Frank O’Hare was all of these.”