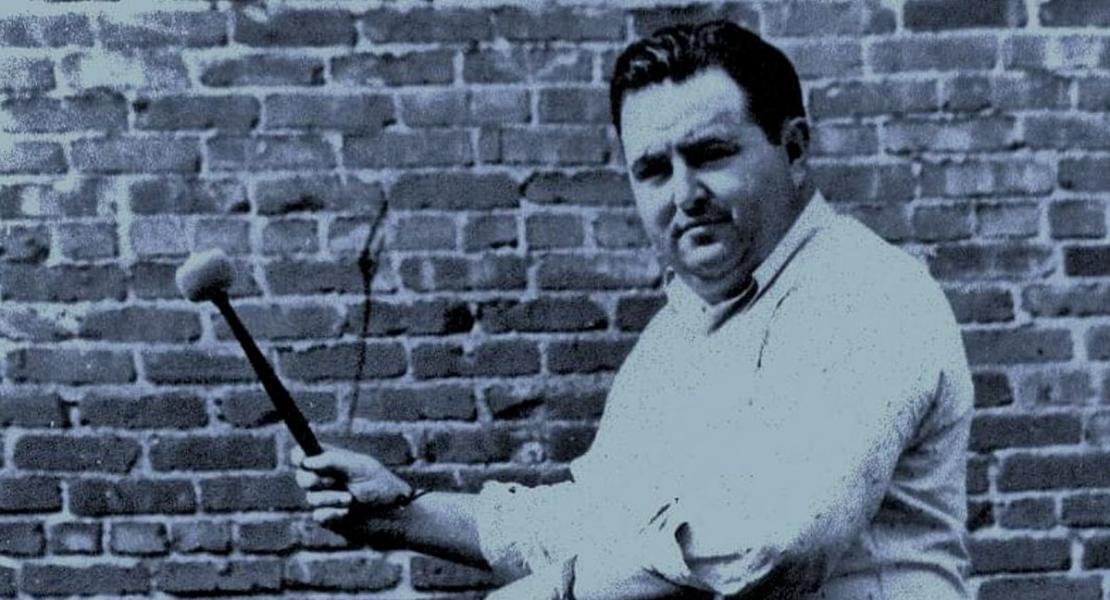 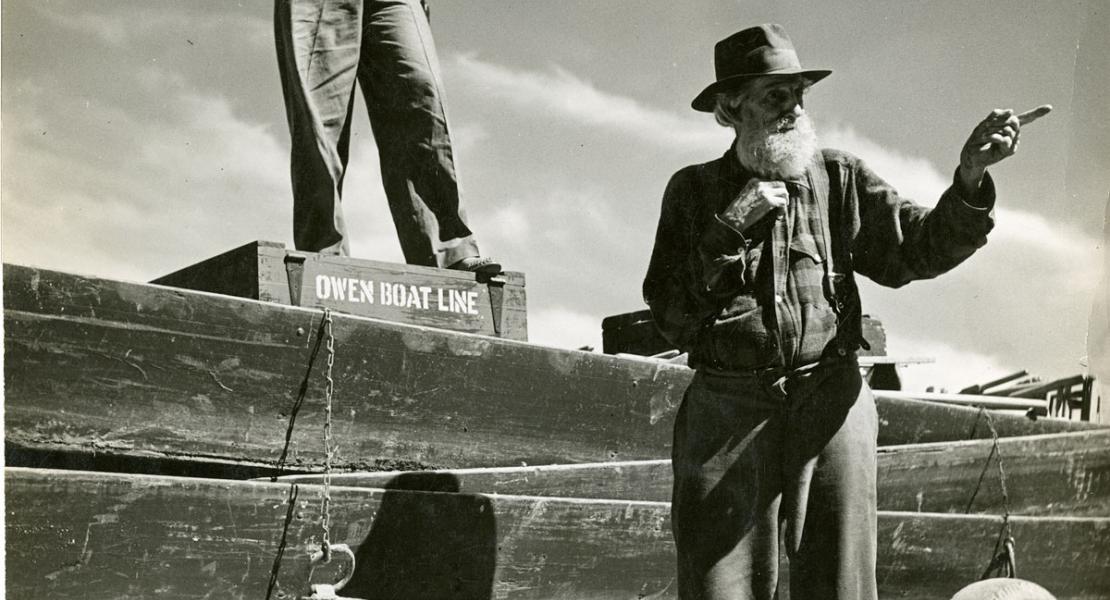 James M. Owen, a young advertising and insurance professional in Jefferson City, left mid-Missouri early in the Great Depression for Branson to help his father open a new business. The White River and the Ozarks immediately captured his imagination, and he remained in Taney County for the rest of his life. The young entrepreneur became central in Branson’s civic and governmental affairs while founding the famous Jim Owen Boat Line and many other local businesses. His promotions for the Galena-to-Branson float-fishing trip made him the most prominent figure in Ozarks tourism in the mid-twentieth century.

The skilled publicist was born on September 11, 1903, in Elkland, Missouri, graduated from Marshfield High School, and during the 1920s attended the College of Agriculture at the University of Missouri in Columbia for three years. Owen spent time in advertising for a Jefferson City newspaper, but joined his father in 1933 to open a new drugstore in Branson. That same year, Owen, famous for his witty personality, acquired financial backing to establish the successful Hillbilly Theater in Branson. He later created a traveling theater with a portable generator, projector, screen, popcorn, and folding seats to present entertainment at country crossroads on the weekends.

In 1935 the portly Owen founded his float-fishing business with half a dozen guides, johnboats, a truck, and showmanship. He catered to business and corporate clients who eagerly sought the sport of smallmouth-bass fishing while enjoying deluxe overnight trips and a selection of over one hundred amenities from the commissary. Tourists could have portable toilet seats, floating-bar boats iced for the thirsty, seating in director’s chairs, and dining enjoyment of steaks, chicken, fish, and all the trimmings each night.

Owen’s guides, including the already well-known boatbuilder Charley Barnes and yarn-spinner Tom Yocum, joined others tutored by Owen on how to talk “hillbilly.” They established the noon and evening camps, told tales and legends at the campsite, served as fishing and hunting guides, and secretly managed trotlines at night to ensure enough catfish for dinner. Eventually, Owen’s fleet included three dozen guides and forty boats, and after World War II only affluent sportsmen could afford his catered tour. Owen even met his wife, Barbara, on one of his floats, an opportune match with an outdoors woman from Oklahoma who became an effective business partner.

Businessman Owen kept a card file on everyone who floated with him. He recorded their tastes in liquor, food, and sport, and which guides pleased them the most; he sent hundreds of birthday letters annually. His float business expanded to other regional rivers, especially the Buffalo River in Arkansas, where Benton sketched his famous Ozark river scenes.

Owen’s meteoric rise in tourism also led to three stints as mayor of Branson (1935–1939, 1941–1943, and 1945–1949) and the opportunity to invest in an array of businesses. As a local politician he hired taxis and introduced free transportation to the polls. In addition to his theater, float-fishing business, and the Owen Drug Store, he was a nationally known dog breeder with his Owen kennels and served as president of the National Fox and Fox Hound Protective Association. He was the first president of a local bank, a prosperous real estate salesman, and a local columnist. He bred prize gamecocks; was a landlord; operated a mule-powered merry-go-round for picnics and fairs as well as a bowling alley, an archery range, and a hamburger stand; and raised dairy cattle and ponies.

Always courting visibility, Owen aided in the founding of the Branson Silver Cornet Band and beat the bass drum himself during their march performances. He led all these pursuits in the guise of “hillbilly culture,” which became significant in state history as Owen, perhaps more than any other individual, eroded the negative implications of the stereotypical term “hillbilly” into positive capital gains for tourism. Only after his death did other family names replace his at the top of the tourist industry, such as the Trimbles at the Shepherd of the Hills Farm and the Herschends at Silver Dollar City.

Owen’s float business yielded to the federal reservoirs of Bull Shoals and Table Rock dams, with his last float conducted in 1958. In 1966 he suffered a stroke, becoming partially paralyzed. The legendary businessman spent the remainder of his years occupied with the Jim Owen Realty Company, appearances as a celebrity, writing for magazines, and traveling. He died on July 12, 1972.