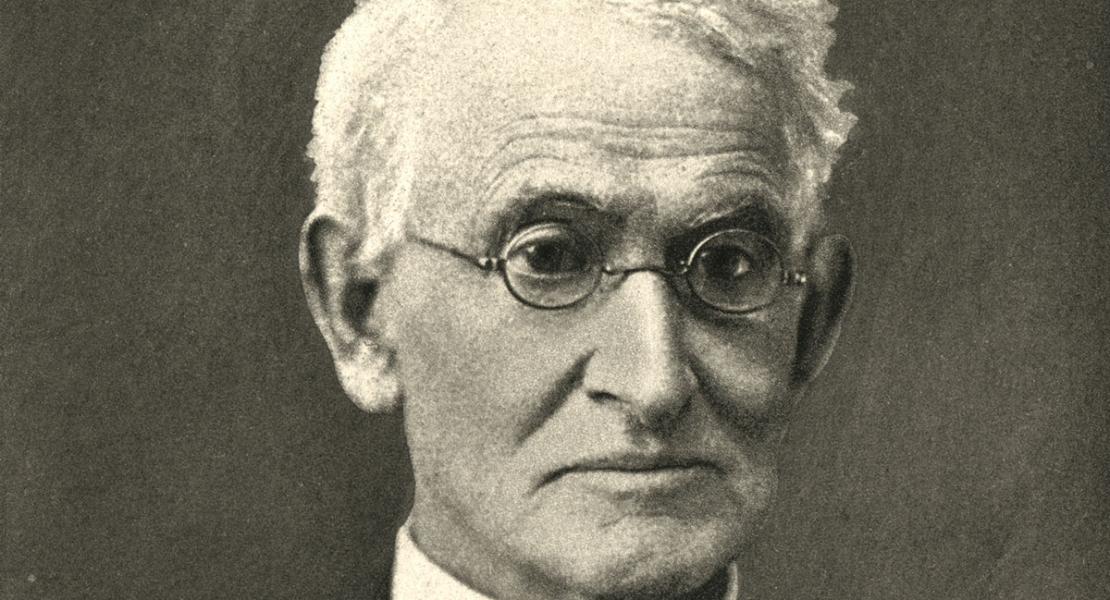 Truman Marcellus Post, a religious and cultural leader of St. Louis, was born in Middlebury, Vermont, on June 3, 1810, to Martin and Sarah Hulburd Post. He entered Middlebury College in 1824, delivering the valedictory address at his graduation in 1829, and thereafter studied law, supporting himself by working in various schools in Vermont. An illness briefly diverted Post from the law, and he spent five months attending Andover Theological Seminary. During the 1832–1833 winter he resumed his studies in Washington, DC, learning the principles of American jurisprudence “amid the contests of the elder and younger Titans of political debate in their struggle over constitutional questions which were to convulse the country through an era of agitation that was to close with the arbitrament of civil arms.”

At the urging of congressman Joseph Duncan of Illinois, who later became the state’s governor, Post moved to Jacksonville, Illinois, in the spring of 1833. In March, Edward Beecher, president of Illinois College, invited Post to assist in the school’s classics department. He was subsequently appointed professor of ancient languages and ancient history, holding both posts for fourteen years. Post was admitted to the Illinois bar in June 1833, married Frances A. Henshaw in 1835, and was ordained in October 1840, after he assumed the pastorate of a small Congregational church in Jacksonville.

The Lovejoy riot at Alton in 1837 provided the impetus Post needed to articulate his antislavery sentiments and hone his prodigious talent for public debate. In a scathing letter to the American Emancipator titled “An Address to the People of Alton,” Post proclaimed Elijah P. Lovejoy’s murder and the seizure of his printing press a violation of constitutional law, denouncing Alton as the city where “freedom of speech found its first American martyr” and calling for justice.

Post freely expressed his abolitionist sympathies in St. Louis after 1847. In that year he accepted an invitation to officiate as pastor for four years at the Third Presbyterian Church in St. Louis, reserving the right to freedom of religious and political expression, for “he did not want to add another to the slaves in Missouri.” Between 1851 and 1852 the church reorganized as the First Trinitarian Congregational Church with Post as pastor, and by 1860 it enjoyed a singular prosperity and counted among its parishioners many influential St. Louisans. The outbreak of the Civil War divided the church and consequently reduced its membership and financial base, for Post’s vocal support of Union prerogatives and active participation in local relief efforts estranged secessionist parishioners and friends alike.

After the church reorganized a second time, Post removed to a sister congregation called the Pilgrim Church, where he served as pastor until he retired in 1882. Given his independent spirit and long record of service, he has been rightfully called the “father” of Congregationalism in St. Louis, even as he advanced the prerogatives of the denomination on a national level. Post served as the vice president of the Congregational Union from its inception in 1853, and addressed its membership in New York and wrote a history of Congregationalism in Missouri in 1854, thereby establishing a vital link between his own parishioners and both the powerful and the poor churches in other localities.

Post also substantially broadened the cultural scope of St. Louisans after 1847. Maintaining his ties with the eastern academic establishment throughout his life, he lectured extensively on literary and historical topics and welcomed Ralph Waldo Emerson as a friend when the writer spoke at Mercantile Library in 1852. Post delivered the dedication address at Bellefontaine Cemetery in 1850, anticipating the moral and social roles rural cemeteries played in the life of nineteenth-century communities. He also wrote more than a hundred book reviews for the St. Louis lntelligencer, and published his Skeptical Era in Modern History (1856) and numerous articles and addresses, including “Voices of History” (1851), “Religion and Education” (1856), “Palingenesy: National Regeneration” (1864), and “The Things which Cannot Be Shaken” (1886). In August 1855 Middlebury College awarded Post the degree of doctor of divinity; he also served as a board member and lecturer at Chicago and Andover Theological Seminaries, and as a trustee of the Missouri School for the Education of the Blind and the Monticello Seminary of Godfrey, Illinois.

Still recognized by St. Louisans as both a national figure and a consummate public speaker late in his life, Post delivered his final address in May 1885 at the unveiling of the monument to Frank Blair in Forest Park. He was buried, appropriately, at Bellefontaine Cemetery after his death on December 31, 1886.