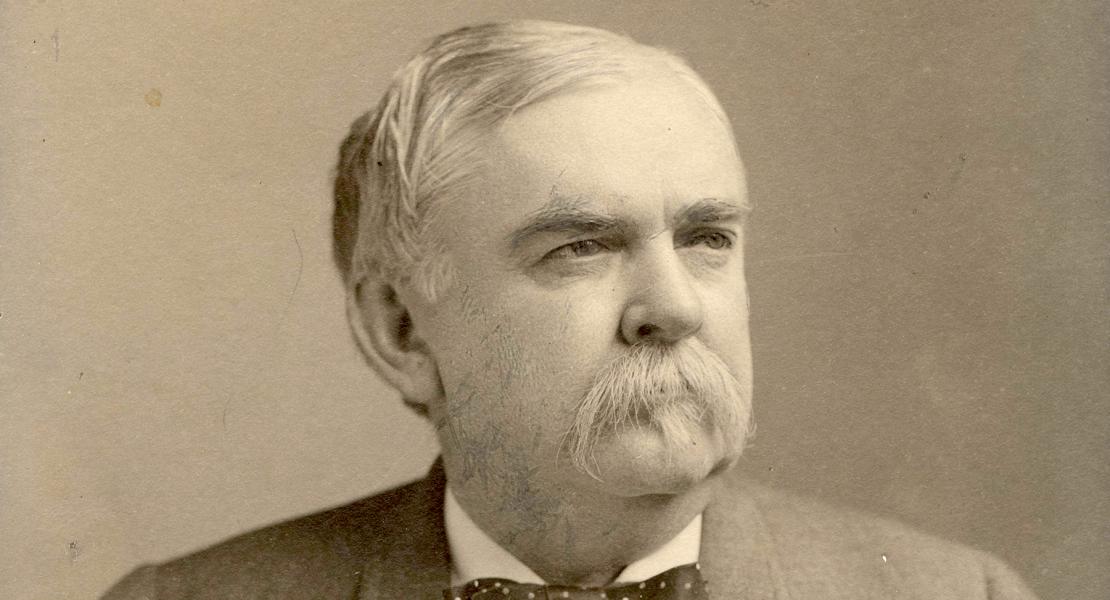 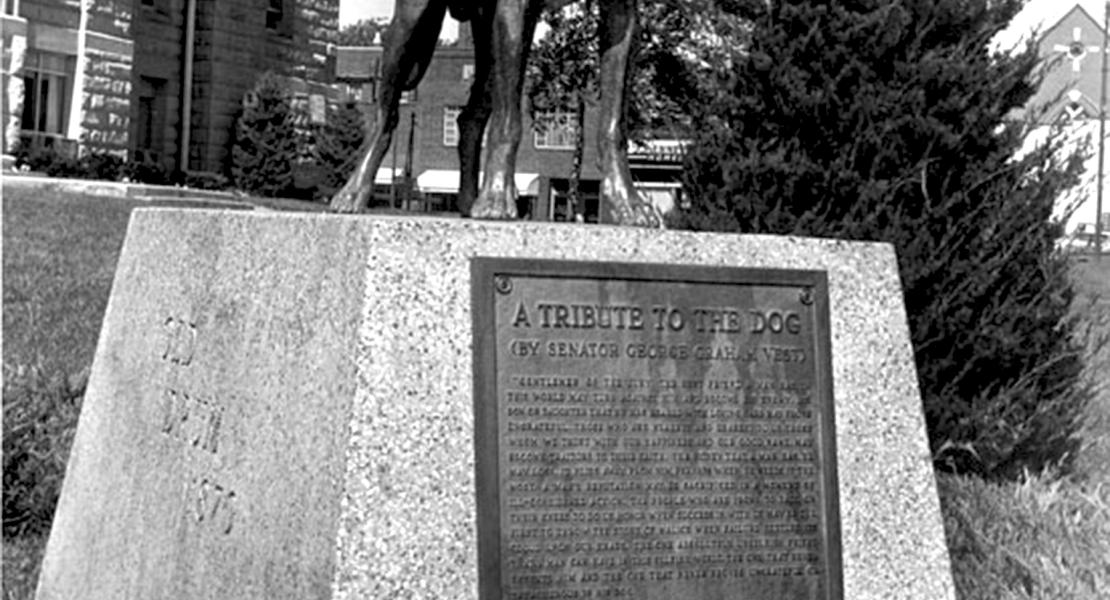 George Graham Vest, who served four terms as a US senator from Missouri (1879–1903), was born in Frankfort, Kentucky, on December 6, 1830, to John Jay and Harriet Graham Vest. After graduating from Centre College in Danville, Kentucky, in 1848, Vest may have either taught school or worked as a journalist for a short period. He also began reading law with James Harlan, the Kentucky attorney general. Vest then attended the law department at Transylvania University in Lexington, graduating as valedictorian in 1853.

Shortly after graduation, Vest started for Santa Fe to establish a law practice. While visiting acquaintances in Georgetown, Missouri, he was asked to defend an enslaved man accused of murder. Although he gained an acquittal, a mob soon burned the man and threatened Vest. In response to these threats, the young lawyer decided to open a practice in Georgetown.

In 1856 Vest moved to Boonville. He practiced law first with J. W. Draffen, then with Joseph L. Stephens. Becoming active in Democratic Party politics, Vest served as a presidential elector for Stephen Douglas and was elected to the Missouri House of Representatives in 1860. The following year he became an outspoken advocate for secession and a leader of the secessionist contingent in the convention held to determine Missouri’s relation to the federal government.

Vest fought in the Battle of Wilson’s Creek in August 1861 and attended the rump legislature meeting in Neosho and Cassville in October and November. He was named as one of the commissioners to the provisional Confederate Congress and then elected to the Confederate House of Representatives, which organized in February 1862. He served as a representative until Thomas Caute Reynolds, the leader of Missouri’s Confederate government in exile, appointed him to the Confederate Senate in January 1865, a post he held through the end of the war.

Returning to Missouri some months after the war, Vest established a law practice in Sedalia with Russell Hicks and John Finis Philips. After Hicks left the firm in 1869, Vest and Philips remained as partners until Vest’s election to the US Senate in 1879. One a former Confederate legislator and one a Union veteran, the partners appealed to all factions in the divisive years following the Civil War.

In an appeal trial before the Johnson County Court of Common Pleas in 1870, Vest and Philips represented Charles Burden, who had brought suit against Leon Hornsby for directing another man to shoot his hunting dog, Old Drum. Philips handled the bulk of the case, and Vest presented only the closing argument. In an eloquent plea subsequently known as “Eulogy of the Dog,” Vest praised the faithfulness of dogs to their masters and gained lasting fame as an orator.

During the 1870s Vest again became active in the Democratic Party. A delegate to the national convention in 1872, he was an unsuccessful candidate for the party’s gubernatorial nomination in 1876. The state legislature elected him to the US Senate in January 1879.

As a senator, Vest was renowned for his oratorical and debate skills. One of his particular interests was the preservation of Yellowstone National Park. Throughout much of his tenure he fought interest groups who sought to profit from park leases and decimate the area’s scenery and wildlife. Vest also developed a deep interest in the welfare of Native Americans and urged reform in their treatment by the federal government. A longtime proponent of the free coinage of silver, the senator actively participated in the filibuster against the repeal of the Sherman Silver Purchase Act in 1893. He also provided leadership on tariff questions, consistently fighting for lower rates. Although usually in the minority on tariff issues, Vest scored a victory during his final days in the Senate when he successfully advocated the suspension of the duty on anthracite coal.

In poor health during his last years in the Senate, Vest retired in 1903. He returned to Missouri and spent his final months dictating a series of articles titled “A Senator of Two Republics” for publication in the Saturday Evening Post. The final surviving member of the Confederate Senate, Vest died in his home in Sweet Springs on August 9, 1904. Survivors included his wife, Sallie Elizabeth Sneed Vest, and two children, Alexander S. and Mollie Vest Jackson. Vest ably represented Missouri in the Senate during the final quarter of the nineteenth century, but he is best remembered for his speech eulogizing the relationship between a dog and its master.