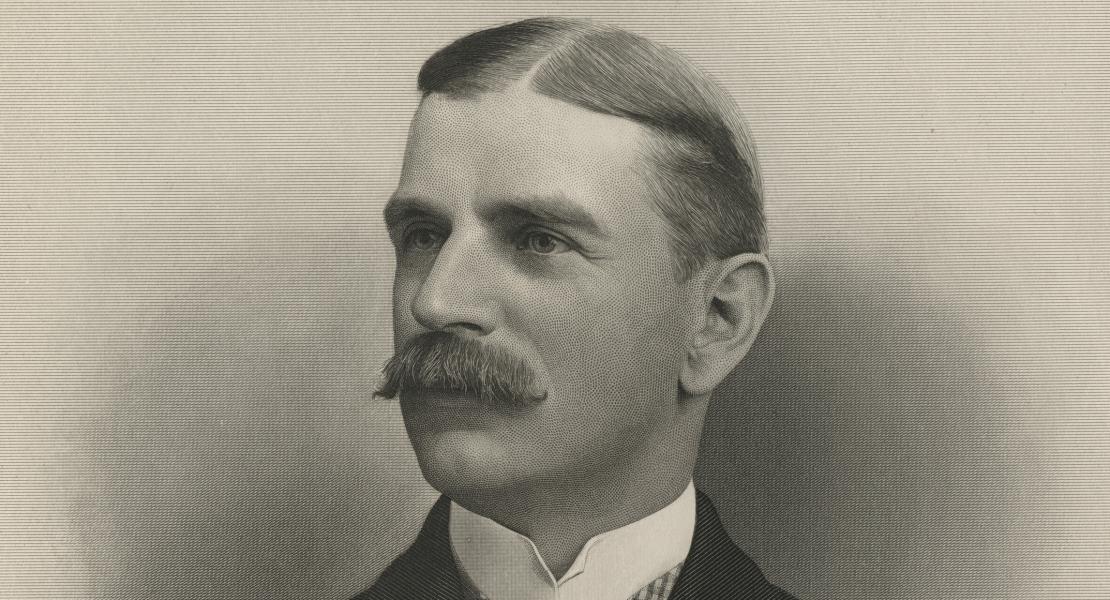 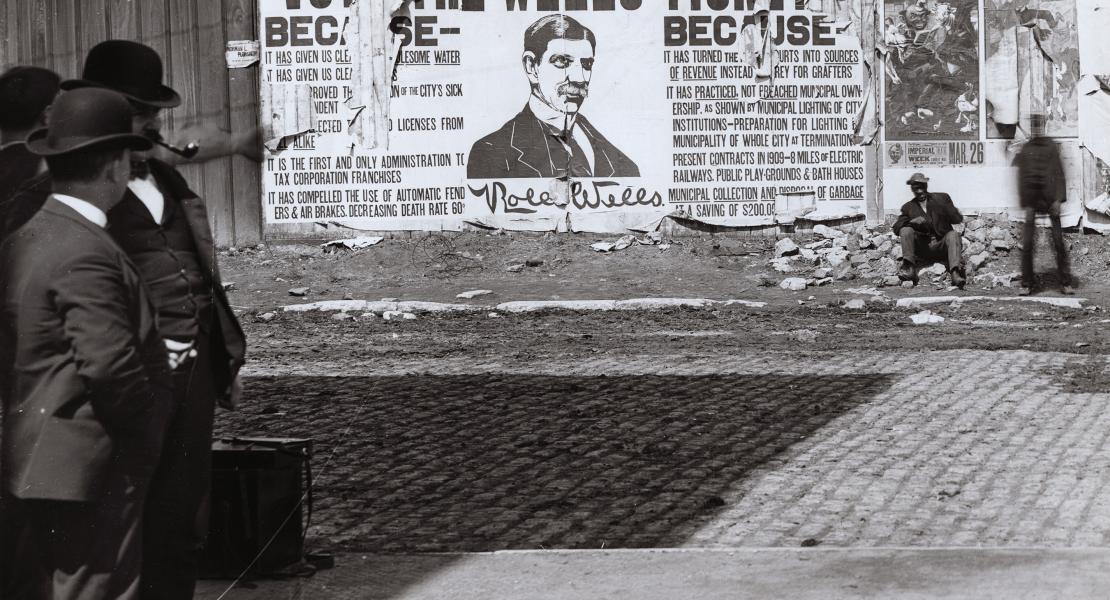 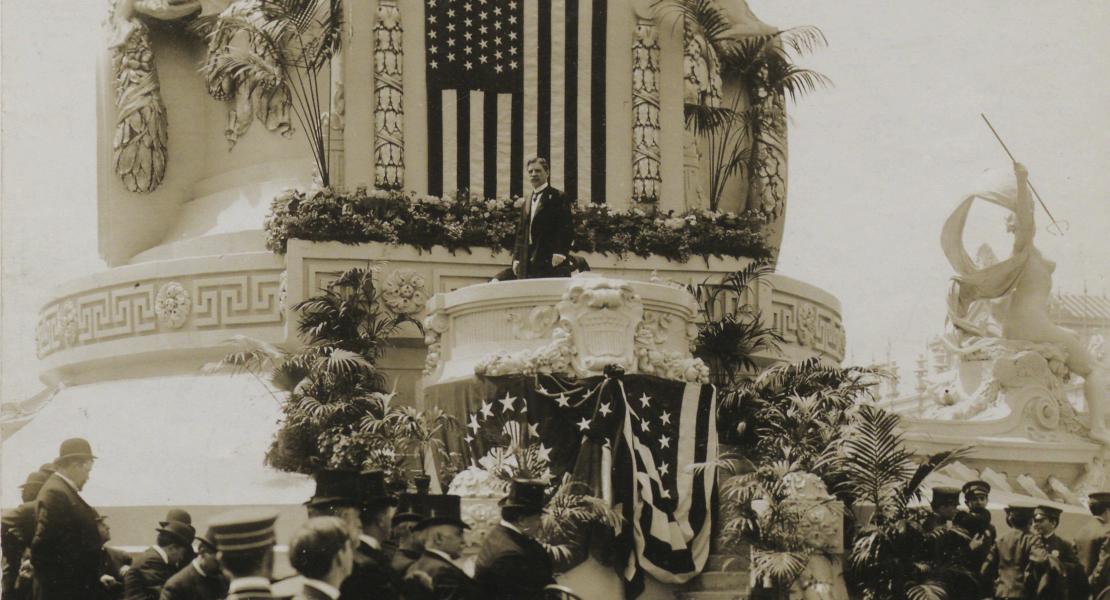 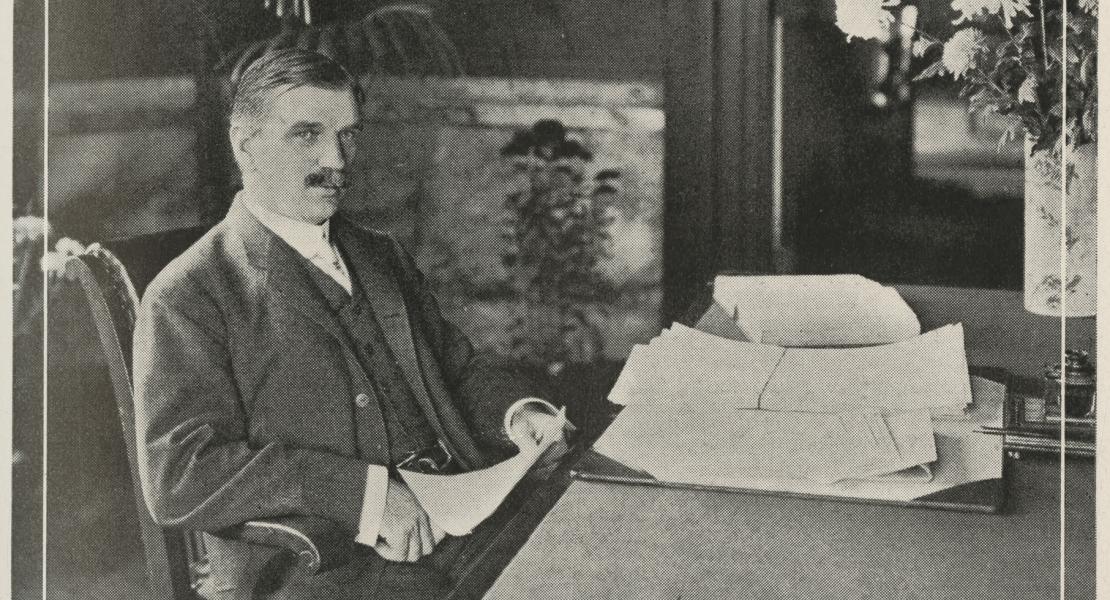 Rolla Wells, a businessman and mayor of St. Louis, was born in St. Louis on June 1, 1856, to Erastus and Isabella Bowman Henry Wells. The senior Wells had moved to St. Louis from New York in 1843 and made his fortune operating the city’s first mass transit system. Active in city politics for many years, Erastus represented Missouri in Congress from 1869 until 1877.

Wells became superintendent of the Missouri Railroad Company, the St. Louis streetcar system owned by his family, in 1878. Following its sale in 1882, he invested in unsuccessful cattle-ranching and mining ventures in the New Mexico Territory, but maintained his business interests in St. Louis. Wells was a director of the St. Louis Fair from 1885 until 1890, and its president from 1890 until 1893. An 1891 investment in a steel foundry led to the organization of the highly successful American Steel Foundry Company in 1894, and Wells acted as its president until 1901, when he became mayor of St. Louis.

A Democrat like his father, Wells did not actively participate in politics until 1894, when he accepted the presidency of a local political club, the St. Louis Democracy (later the Jefferson Club). His political independence had made him acceptable to the warring factions of city Democrats, but it also led him to oppose the free-silver policy of presidential hopeful and fellow Missourian Richard Parks Bland in 1896. An active “gold bug” at the 1896 Democratic National Convention in Chicago, Wells subsequently opposed candidate William Jennings Bryan and participated as a delegate in the Indianapolis convention that nominated John Palmer and Simon Buckner as the Democratic Sound Money candidates. Those activities led to Wells’s resignation as president of the St. Louis Democracy, which supported Bryan.

Wells reentered politics in 1901 at the urging of the “silk stocking independents,” who insisted upon his candidacy for mayor as the price of their cooperation with party regulars. Elected and installed as mayor, Wells faced an obstructive legislative body, the House of Delegates, which was greatly influenced by a political machine typical of the era. Edward Butler ran the machine, obtaining his revenue and power from operating the city garbage disposal contract. Wells personally bought an island in the Mississippi River and sent the city’s garbage there, breaking the power of the machine. “It seems to be quite appropriate,” he later wrote, “that the extinction of boss rule should be achieved in a controversy . . . over the problem of garbage.”

Wells proved a progressive during his eight years in office, exemplifying the goals of most urban reformers of the period. He sought honest, efficient government conducted according to sound business practices and responsive to the needs of the people and their city. Plans for the Louisiana Purchase Exposition, or St. Louis World’s Fair, in 1904 gave added impetus as well as added burdens to municipal improvements. Wells counted as one of his proudest achievements the clarification of the city’s muddy water supply before the opening of the World’s Fair, but other accomplishments during his two terms present a roster of progressive goals. City planning, a parks and playground program, public baths, more than three hundred miles of streets paved, public health measures, improved utility services and rates, and an extensive public buildings and works program brought St. Louis, the largest city in the state, into the twentieth century. Wells himself was given much of the credit for those successes, as he both represented and led a coalition of progressive urban reformers.

Wells refused to run for a third term in 1909. A supporter of Woodrow Wilson, he served as treasurer of the Democratic National Committee from 1912 through 1916. He was governor of the Federal Reserve Bank of St. Louis from 1914 until 1919, and then was appointed receiver for the United Railways Company of St. Louis from 1919 to 1927. Wells was again actively involved in politics in 1922 in opposing the renomination of James A. Reed to the Senate. When Reed won the primary, Wells publicly declared his support for the Republican candidate.