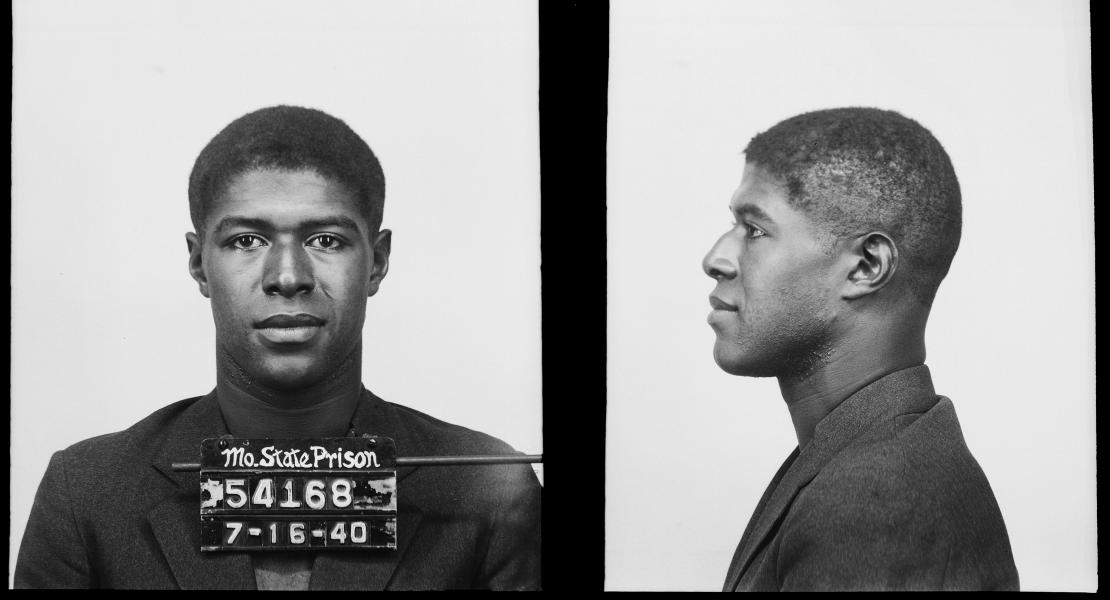 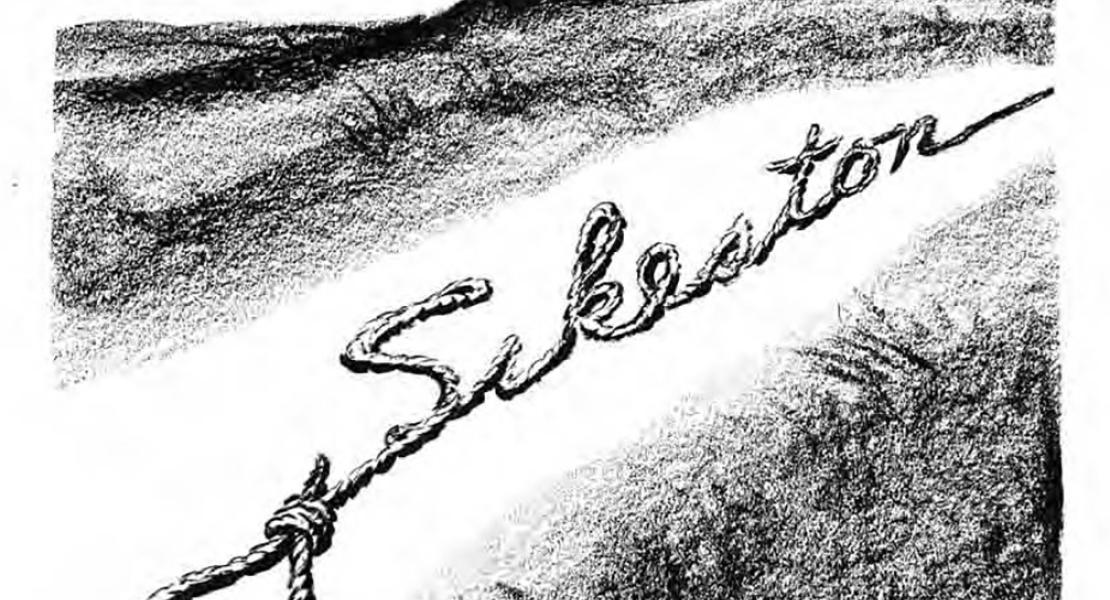 Born in Jefferson County, Arkansas, on June 16, 1916, Ricelor Cleodas Watson was the son of farmer Albert Leak and schoolteacher Alonzo Woolfolk Humphrey Watson. He was raised in a religious, close-knit family near Gethsemane, eighteen miles northeast of Pine Bluff, on forty-five acres of property that Alonzo had inherited from her first husband. He received an eighth-grade education and enjoyed a typical childhood, along with older half brother Wiley and younger siblings Alice, James, and Linetta. He entered the Civilian Conservation Corps in 1934 and enlisted in the US Navy the following year, only to be given an undesirable discharge within seven months for disobeying orders. Back in Arkansas, he drove a truck in Pine Bluff and was reunited with Wiley, who returned after a decade away (including time spent in prison for stealing). Ricelor soon lost his job in the Great Depression economy and, in 1937, teamed with Wiley, a cousin, and a friend to hold up a grocer in a nearby rural community. When Wiley was captured a few days later, Ricelor left the state and went to Sikeston, Missouri, where he became known as Cleo Wright.

Over the next four and a half years, Wright lived an uneasy and ambiguous life. He became well liked in the Black community of Sunset Addition and among many whites who deemed him quiet and hardworking, even though he initially spent time in the county jail for attempting to steal a state trooper’s pistol. He married Ardella Gay of Mississippi in February 1940. Losing his job as a chauffeur within months of their wedding, he stole from his former employer and received a two-year prison term for burglary. Released on probation the next summer, he found work at the cotton-oil mill and learned that he would be a father in the coming year.

Standing five feet, ten inches tall and weighing 175 pounds, the dark-skinned, dark-haired, and dark-eyed Wright was an athletic and handsome man. Yet for all his apparent confidence, he seemed deeply troubled by childhood lessons to achieve in a world fraught with racist obstacles preventing success. Demeaned and frustrated, he had challenged his parents, his military officers, and his white bosses. On Sunday, January 25, 1942, his rebellion exploded into violence.

Even though Wright’s intentions were not certain and his guilt never proved, he seems to have entered the home of Grace Sturgeon in the early morning hours, slashed her badly, and fled. After being caught by the night marshal and a neighbor, he attacked the officer, who shot him several times. Upon receiving first aid at the local hospital (where his victims survived emergency surgery), he was taken to his wife and then placed in jail. At noon, Wright—dying from his wounds—was dragged from his cell by a mob that pushed aside policemen and state troopers. Representing every class of whites in Sikeston, the mob pulled him outside to the cheers of hundreds of spectators, attached him to a car, dragged him through Sunset Addition, and set him ablaze before the Black residents.

Occurring shortly after US entry into World War II, Wright’s lynching bore international repercussions as Axis powers broadcast it worldwide as proof of democratic hypocrisy. Local, state, and federal officials quickly investigated the murder. Following the county prosecutor’s failure to obtain indictments of citizens involved in the murder, US Justice Department attorneys presented the case to a federal body that refused to recommend prosecution of local officers for not protecting Wright. These legal efforts ended the incident, yet the federal lawyers produced a strategy, based on sections 51 and 52, Title 18, of the United States Code, that would prove significant twenty-two years later when their successors prosecuted killers, including lawmen, who denied due process and equal protection to civil rights workers in Mississippi and Georgia.

Hence, Wright’s execution influenced United States v. Price (1966) and United States v. Guest (1966), setting a precedent for government intervention in lynching cases long denied by the absence of a federal antilynching law. His death also brought an end to an era of eighty-five Missouri lynchings that had begun in 1889, supposedly for crimes so heinous that whites rationalized the need to take the law into their own hands. Ironically, his killing, like the war in which it occurred, symbolized the beginning of the end of the very racial segregation and social control that his killers sought to preserve.

———. The Lynching of Cleo Wright. Lexington: University Press of Kentucky, 1998.