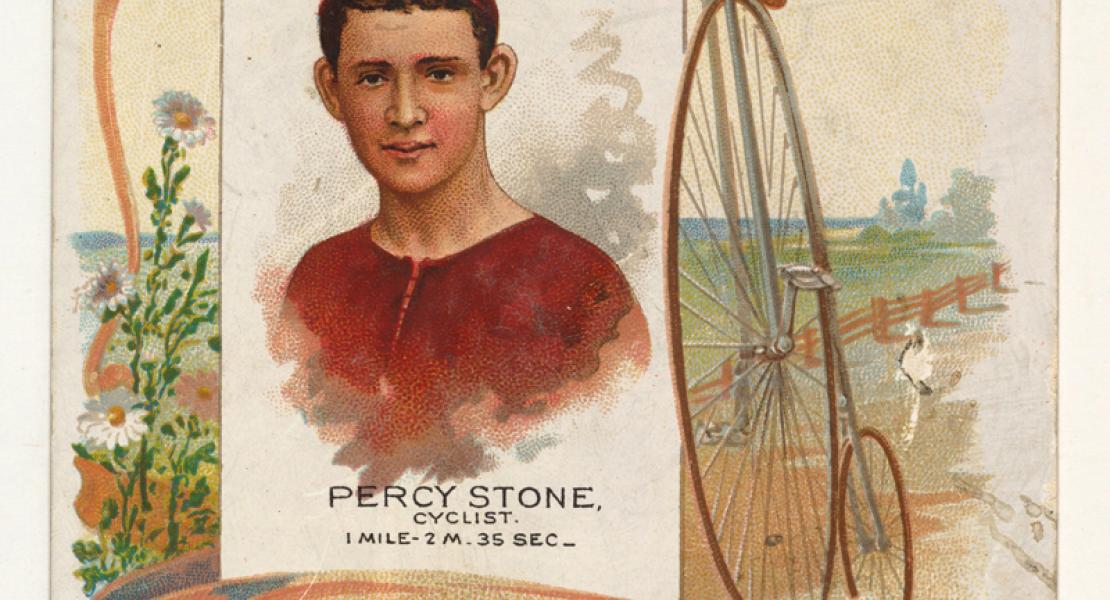 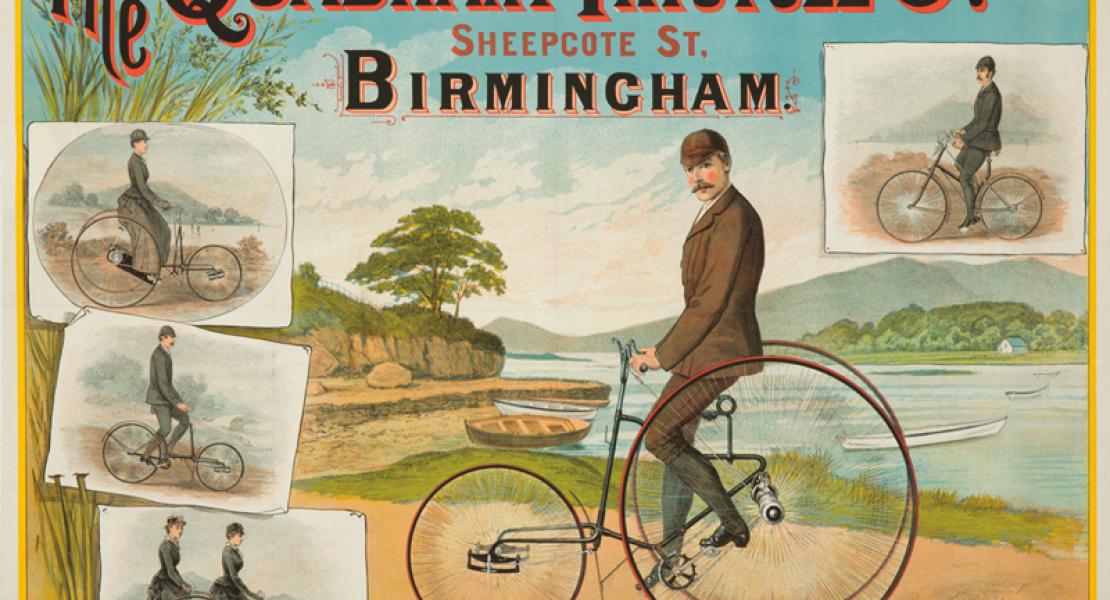 In the late nineteenth century, cycling became a popular American pastime. The League of American Wheelmen, a prominent club for cyclists, claimed forty-four members at its founding in Rhode Island in 1880, but within seven years its membership had increased to ten thousand members nationwide. Hundreds of other cycling clubs also were formed as both recreational riding and competitive racing flourished across the country. In St. Louis, interest in cycling grew rapidly after the first bicyclist appeared on its streets in 1878, so much so that in 1887 the city was awarded the coveted League of American Wheelmen Meet. The meet, which served as the annual gathering for the national organization, soon included a one-hundred-mile world championship road race at nearby Clarksville, Missouri, on its schedule of events.

L. S. C. Ladish, a St. Louis resident and the publisher of American Wheelman magazine, seized upon the occasion to promote the race at Clarksville, a Mississippi River town in Pike County about seventy miles northwest of St. Louis. The previous year Ladish had successfully sponsored a fifty-mile race on Clarksville’s Old Belt Road, with three of the competitors besting the world record.

Following the conclusion of the League of American Wheelmen’s meeting in St. Louis, race participants, wheelmen, and curious spectators journeyed by train and steamboat to Clarksville for the contest on May 23. Some entrants in the race were professional cyclists, among them a number of previous national champions. Some competitors were amateur racers, while still others were categorized as “promateur.” A cross between a professional and an amateur, a promateur did not race for money, but was instead paid by bicycle manufacturers to ride a specific bike as a form of advertising. At this time cyclists were riding a bicycle known as an “ordinary,” also referred to as a “high wheeler” and a “penny-farthing.” An ordinary was distinguished by its large front wheel and small rear wheel. They were difficult to mount, and once a rider began pedaling, it was hard to bring the bicycle to a stop.

The championship race took place on a stretch of the Pike County Belt Road about twenty and one-half miles in length. The gravel road ran in a ragged loop from Clarksville to Calumet, Aberdeen, and Turpin before returning to Clarksville. Cyclists were required to ride five laps to complete the race. The course featured steep hills, challenging climbs, long straightaways, and enough rough areas to make for a challenging competition. One portion plagued by deep potholes led a representative from the Gormully and Jeffery Company of Chicago to declare, “This will be the last race on the Clarksville course, you can bet on that. It’s an outrage to ask a man to race over such a course.”

Dozens of spectators arrived to watch the race. Ten contestants had registered, but four dropped out before the start, including St. Louis’s Percy Stone. Of those who completed the course, cyclists from Boston claimed the top three spots. The winner, Robert Neilson, finished the race in six hours, forty-six minutes, and twenty-seven seconds. One contestant, Louis de Franklin Munger of Detroit, rode a tricycle manufactured by the Quadrant Cycle Company of Birmingham, England. Although he could not keep pace with the cyclists riding two-wheeled ordinaries, Munger broke the American record for a three-wheeler, coming in at ten hours, forty-one minutes, and fifty-one seconds. More than a thousand dollars’ worth of prizes were distributed to the participants.

In observance of the seventy-fifth anniversary of the Clarksville race, a national championship race was held again on the Belt Road in 1962. Subsequent races were held in 1963 and 1964. In 1987, one hundred years after the first championship race, another race was held. Out of a field of sixty competitors, only eleven finished. The last major professional cycling contest held in the state was the Tour of Missouri, a stage race, from 2007 until 2009. Amateur group rides on the Katy Trail and at other locales remain popular events for the state’s bicycling enthusiasts.

This article relies on the account of the race provided by Dorothy J. Caldwell for the Missouri Historical Review in April 1964.

Issues of the Post-Dispatch published in 1886 and 1887 are available on microfilm in the Newspaper Collection, State Historical Society of Missouri Columbia Research Center.