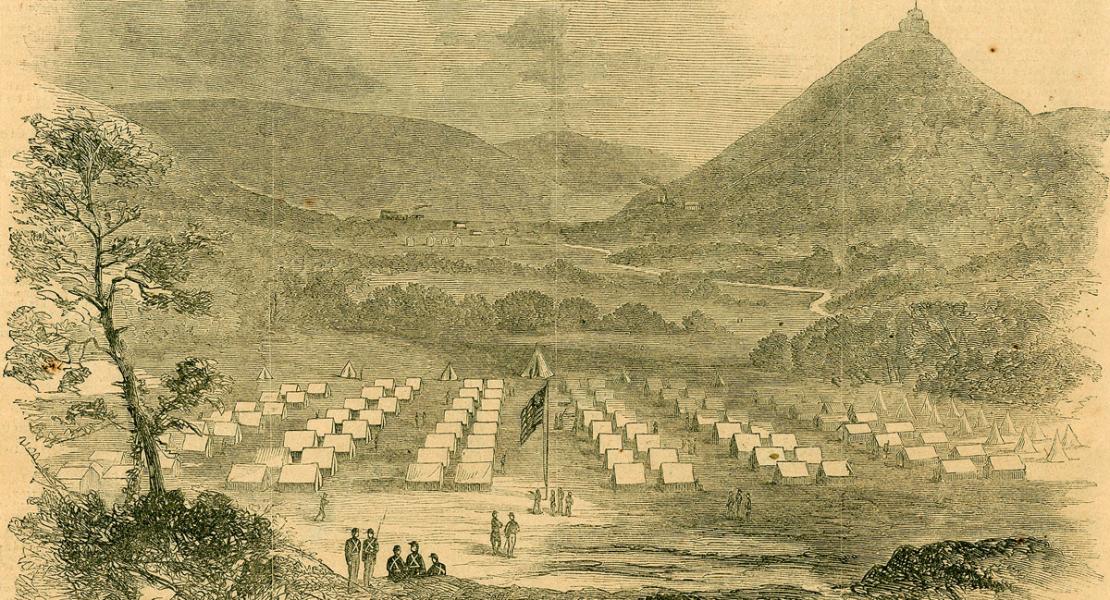 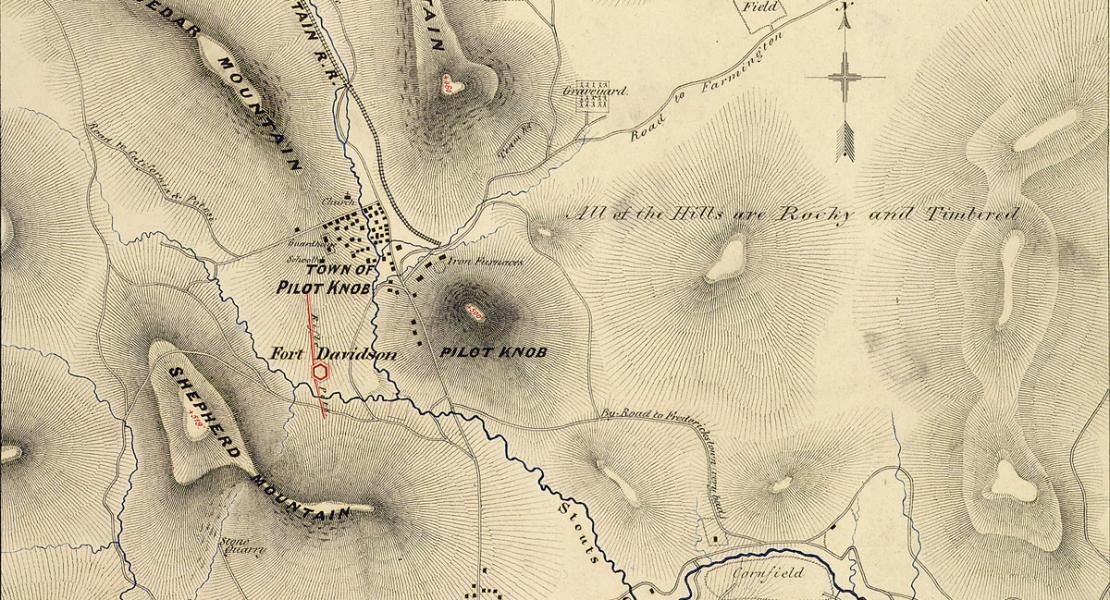 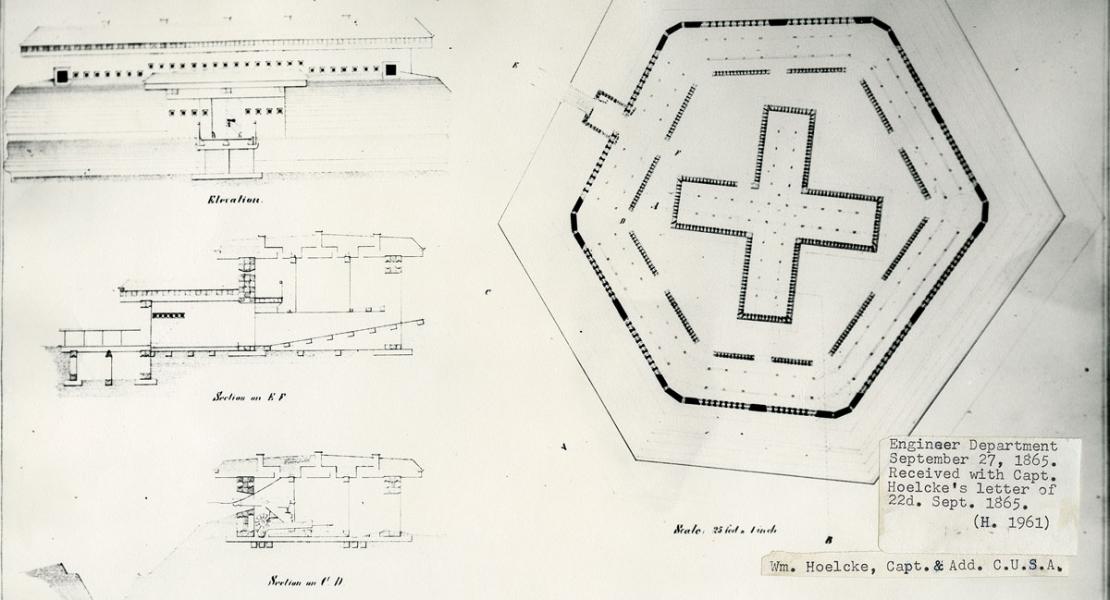 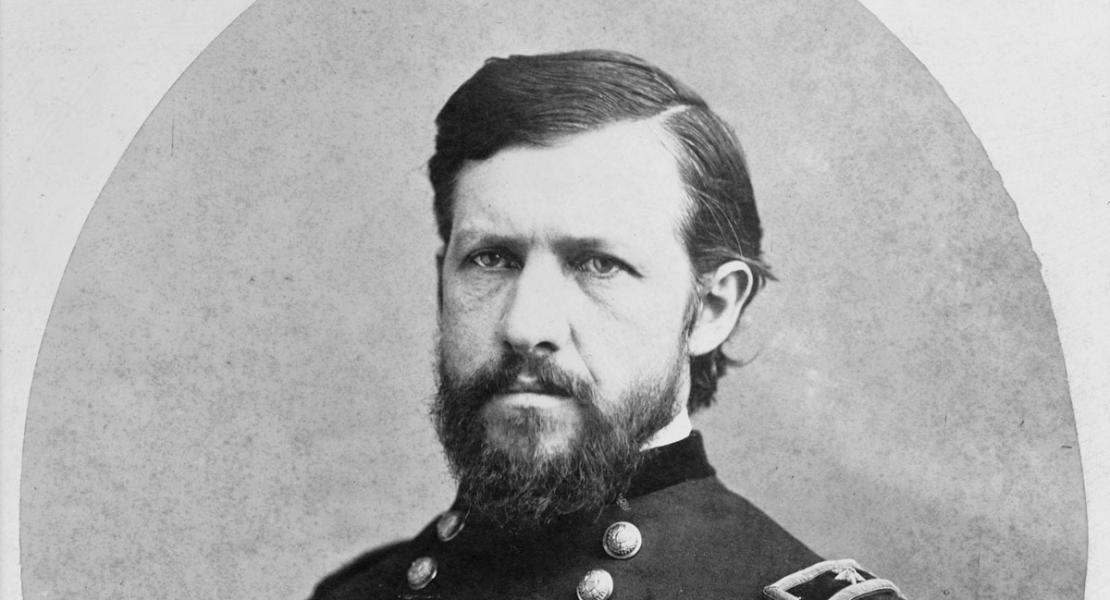 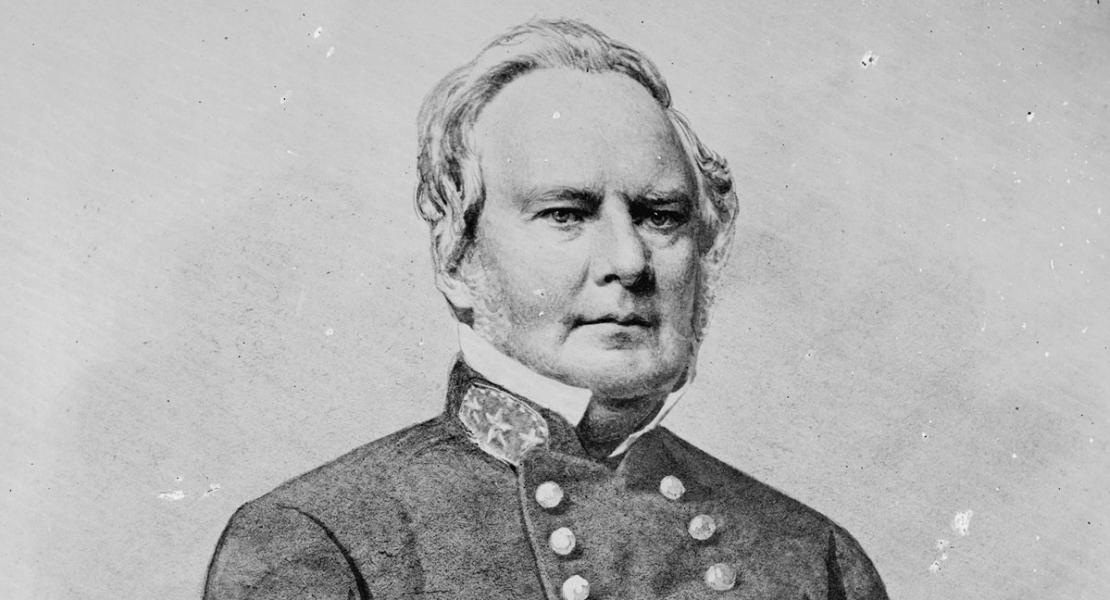 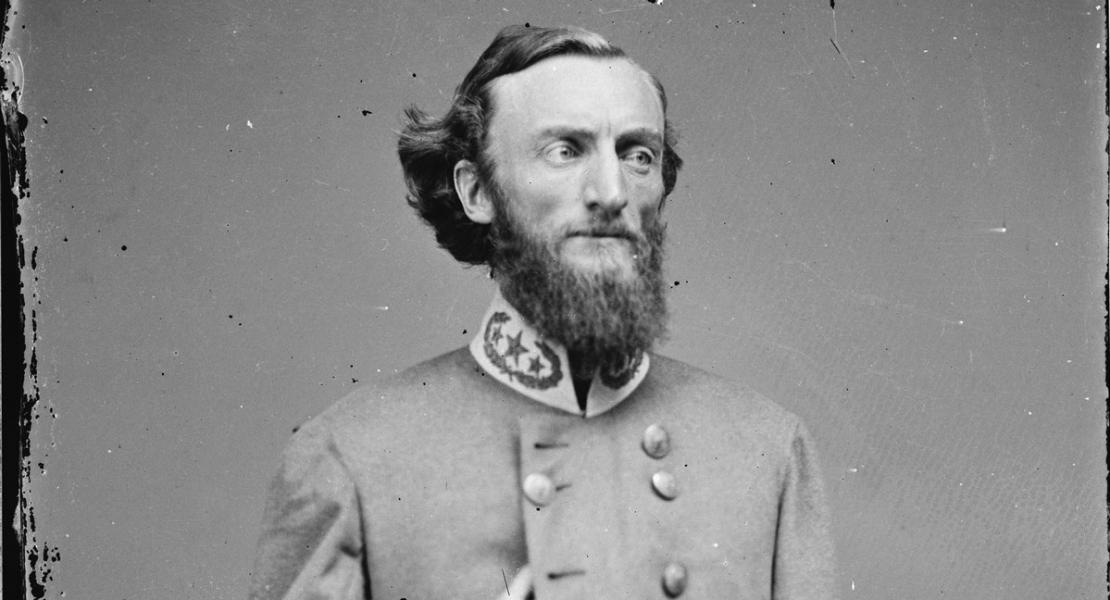 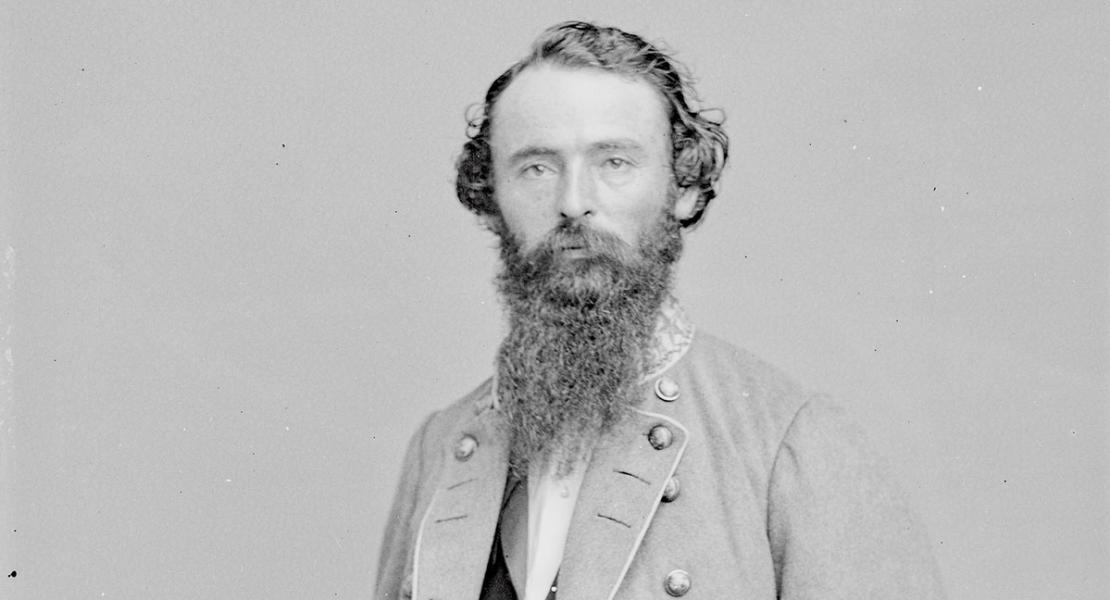 In September of 1864, Confederate army troops led by Major General Sterling Price entered Missouri with the intent of capturing St. Louis and relieving the Union pressure placed on other Confederate armies. With three thousand of the soldiers under his command weaponless, Price decided to attack the Union position at Fort Davidson near the town of Pilot Knob to seize its arsenal. On September 27, Price’s army and the fort’s Union defenders fought the first major combat of Price’s Missouri Expedition at the Battle of Pilot Knob in Iron County, Missouri.

In the afternoon of September 27, Price’s army, composed of some twelve thousand men recruited and conscripted from Missouri and Arkansas, prepared to seize arms and munitions from the Union forces guarding Pilot Knob and its key fortification, Fort Davidson, named after Brigadier General John W. Davidson, who began construction of the fort in 1862. At 2 p.m. Price’s men began their assault. The next four hours would be one of the bloodiest battles in Missouri’s history.

The US military post at Pilot Knob protected the St. Louis and Iron Mountain Railroad as well as the Iron Mountain and Irondale mines. Iron ore from these mines supplied both St. Louis industry and the construction of Union ironclad gunboats built by James B. Eads. Fort Davidson was a hexagonal earthen and wooden plank fortification that was protected by a moat, rifle pits (trenches), four 32-pounder guns, and mortars.

The fifty-five-year-old Price had gained earlier fame as a brigadier general in the Mexican War and held political offices as a Missouri state representative from 1836 to 1838, a US congressman from 1845 to 1846, and governor of Missouri from 1853 to 1857. In 1860, Price was a strong supporter of the Union and opposed secession in Missouri. He changed his mind, however, after the Camp Jackson episode erupted in St. Louis, and he led pro-Southern Missouri State Guard forces in one of the Civil War’s first battles, Wilson’s Creek, fought in Greene County, Missouri, in August 1861.

More than three years later, Price returned to Missouri with the backing of Confederate General Edmund Kirby Smith, the commander of the Trans-Mississippi Department, who ordered him to raid Missouri and take the city of St. Louis. It was hoped that this action would not only relieve pressure on other Confederate forces, but also damage the November reelection chances of Abraham Lincoln and establish a legitimate Confederate government in Missouri as well. Price’s entire force was mounted on horseback, giving the men both speed and mobility, but many of them lacked proper weapons. Price decided to attack Pilot Knob so that he could better arm his troops for their assault on St. Louis.

Pilot Knob was defended by a force of 1,447 Union men composed of some infantry from Iowa and Missouri, light artillery and cavalry from the Missouri State Militia, and about 150 civilian volunteers including whites, free Black men, and enslaved Blacks. Like their Confederate opponents, most had never experienced combat. They were commanded by Brigadier General Thomas Ewing Jr. The thirty-five-year-old Ewing had served as secretary to US president Zachary Taylor from 1849 to 1850 and became the first chief justice of Kansas in 1861. After leading Union soldiers in Kansas, he was promoted to brigadier general and given command of the District of the Border in 1863. In retaliation for the infamous raid on Lawrence, Kansas, by William Quantrill’s guerrillas in 1863, Ewing issued Order No. 11, which removed civilians, many of whom were thought to be Southern sympathizers, from four Missouri counties bordering Kansas. This action made Ewing one of the most hated men in Missouri.

On September 26, Price sent three thousand of his men under the command of General Joseph O. Shelby to tear up the Iron Mountain Railroad to the north and cut off any attempted retreat to St. Louis by the Pilot Knob defenders. Price then advanced with nearly nine thousand men into the Arcadia valley toward Ironton and Pilot Knob. Union forces were positioned in Ironton and at Shepherd and Pilot Knob Mountains, but after a skirmish with Confederate forces, the Union soldiers were forced to retreat to Fort Davidson.

During the day on September 27, Price positioned artillery on Shepherd Mountain and in the gap between Shepherd and Pilot Knob Mountains. Ewing prepared his defenses by placing his light artillery and some of his infantry in rifle pits outside the fort. In the early afternoon the Confederate Arkansas Division led by Major General James F. Fagan and the Missouri Division led by Major General John S. Marmaduke moved into position for their assault on Fort Davidson.

At 2 p.m. Confederate cannon on Shepherd Mountain and in the valley near the fort opened fire, and the bombardment continued for nearly thirty minutes. Due to the Confederates’ faulty ammunition and return fire from the Union’s larger guns within the fort, Confederate fire was ineffective. The Confederate infantry then prepared to advance on the fort. Crossing some twelve hundred yards of open ground, Marmaduke’s Missouri Division began its assault. They were met first by cannon and then rifle fire, which cut down many of the soldiers. Suffering high casualties, the Confederates fell back in disorder.

The second and third assaults were made by Fagan’s Arkansas Division. Taking numerous casualties due to the deadly fire, the Confederates nevertheless came close enough to the fort during the second assault to force the Union soldiers to abandon their rifle pits and field pieces outside of the fort. To keep the guns from being carried off by Confederates, the Union soldiers killed the horses that pulled the artillery.

During the third assault, all of the Union forces were in the fort. This last Confederate attack made it all the way to the fort’s moat before being driven back. At 5:58 p.m. the assault on Fort Davidson ended. The Confederate forces suffered a casualty rate estimated at about 10 percent. The fort’s Union defenders suffered about two hundred casualties, including twenty-eight killed in action. Despite this carnage, Price decided that the attack would be renewed the next day.

While the Confederates tended to their dead and wounded, Ewing met with his officers to consider their next steps. They ultimately decided to evacuate the fort. At 2 a.m. on September 28, the garrison with its light cannon slipped out of the fort and past the Confederate sentries. As they headed toward Rolla to link up with Union forces there, twenty men were left behind to blow up the fort’s powder supply.

When the fleeing Union forces were five miles from the fort, they heard a great explosion that shook the ground for miles and hurled debris for more than half a mile. The Confederates believed the explosion was accidental. They were surprised the next morning to discover that all of the defenders had escaped. Ewing’s skillful retreat was a remarkable achievement for the Union and an enormous blunder for the Confederates, who failed to trap and capture the enemy soldiers and munitions.

Sterling Price’s Missouri Expedition deteriorated in the weeks following the Battle of Pilot Knob. Abandoning its march on St. Louis, Price’s army instead advanced on Jefferson City, which was defended by Union forces. After skirmishing there, Price’s men continued west and were defeated at the Battle of Westport in Jackson County, Missouri. On October 25, two days after the Battle of Westport, Confederate forces endured a second and final defeat in Kansas at the Battle of Mine Creek, where Confederate Brigadier Generals John S. Marmaduke and William Cabell were captured along with one thousand of their men. Price led the remnants of his army back into Arkansas, and Missouri remained firmly in the Union. Price’s campaign was the last significant combat action in the Trans-Mississippi theater, and six months later, the Civil War ended.