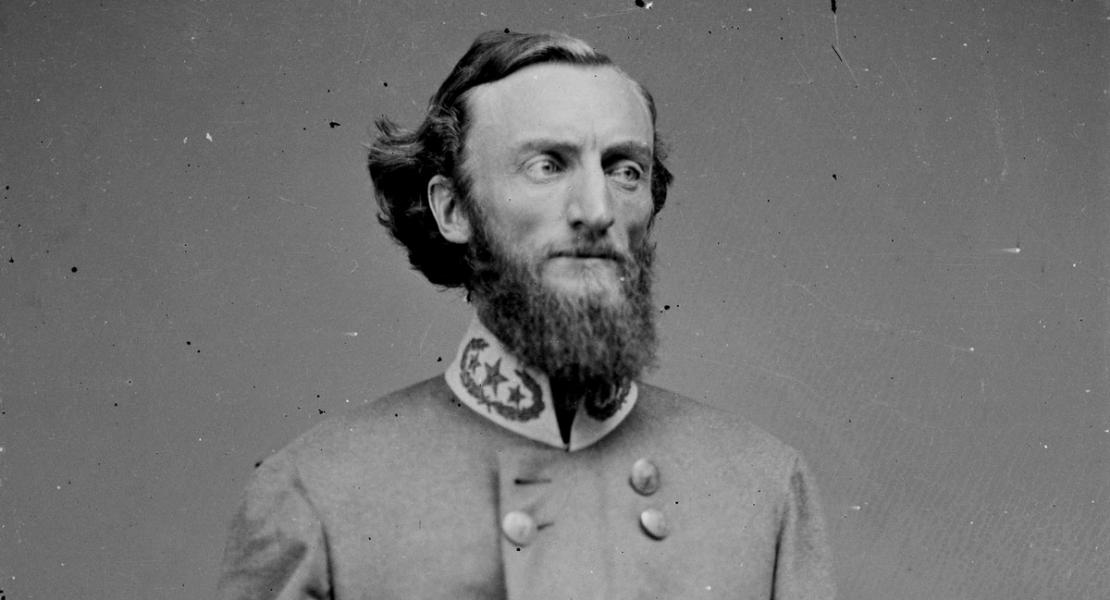 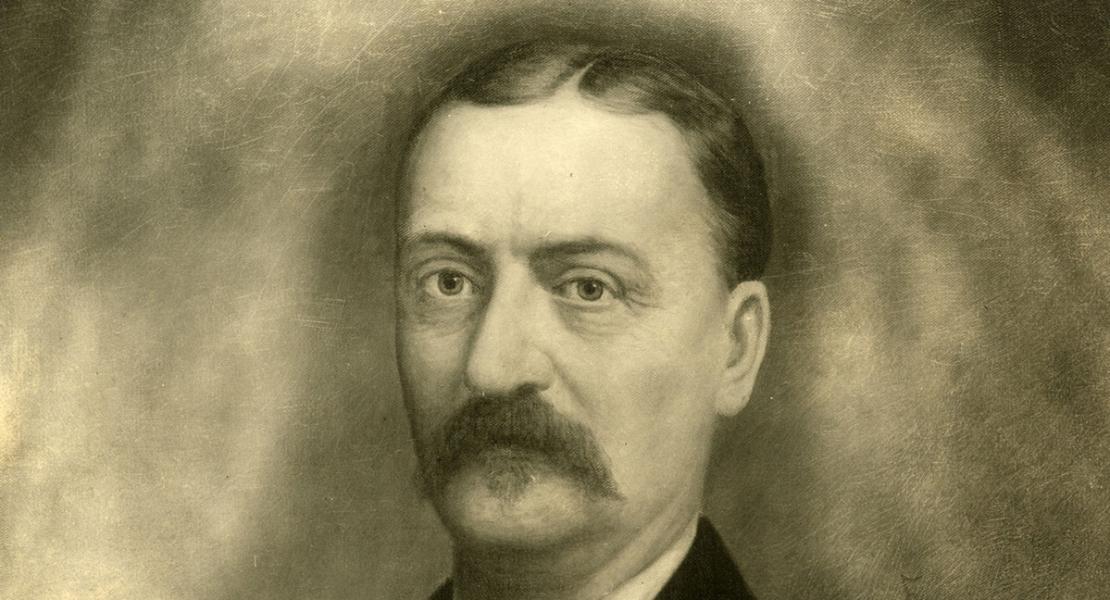 Born on March 14, 1833, near Arrow Rock, Missouri, John Sappington Marmaduke is the only Missouri governor whose father held the same position. The son of Meredith Miles Marmaduke and grandson of Dr. John S. Sappington, John grew up in one of Missouri’s most famous political families.

Young Marmaduke attended local subscription schools in Saline County, Masonic College in nearby Lexington, Missouri, and in 1850 went to New Haven, Connecticut, for schooling at Yale. In 1852 he moved to Cambridge, Massachusetts, where he attended classes at Harvard for a year. Finally, his father, through congressman John S. Phelps—a longtime political friend in southwest Missouri—managed to gain an appointment for Marmaduke to the US Military Academy at West Point. He remained there until his graduation in 1857. The young second lieutenant soon saw action in the Far West, including service in Utah during the Mormon War and duty in New Mexico.

In 1861 Marmaduke returned home to his family in Saline County to consider his choice in the upcoming war. His father supported the Union, but John and brothers Vincent and Henry chose to serve the Confederacy. John resigned his commission in the US Army and accepted another as colonel in the Missouri State Guard. Against Marmaduke’s advice, his superiors ordered him to take a stand at Boonville in June 1861, with poorly armed troops facing fully outfitted Unionists; Marmaduke and the State Guard suffered quick defeat. The retreat of Marmaduke’s militia became known as the “Boonville Races,” and the humiliated Colonel Marmaduke angrily resigned from his uncle Claiborne Fox Jackson’s State Guard. The disillusioned soldier returned home, consulted with his father, and left for his father’s homeland in Virginia, where he received a commission as a lieutenant colonel in the Confederate army.

Marmaduke became known as a duty-bound and capable officer in Arkansas and Tennessee. He survived a wound at Shiloh and received a promotion to brigadier general. In 1862 the military transferred him to the trans-Mississippi theater, where he commanded troops in Arkansas and Missouri.

In Arkansas in 1863 a growing dispute between Marmaduke and General Lucien Walker resulted in the most notable Civil War duel between Confederate officers. Commanding officer General Sterling Price was informed of the impending duel and sent orders to Marmaduke to remain at headquarters; Marmaduke ignored the order and mortally wounded Walker. Price placed Marmaduke under arrest, but pressing needs on the battlefield led to his release. No charges were ever brought against him.

Marmaduke commanded an important part of General Price’s forces in the fall 1864 Confederate invasion of southeast Missouri. Marmaduke advanced through several towns, including Pilot Knob, before reaching Hermann, where his forces inflicted considerable damage. Then his troops joined a general westward retreat from Union forces. At Westport Marmaduke miraculously survived after two horses were shot from under him, but during retreat in a rearguard fight the Unionists captured him. He spent the rest of the war in prison at Fort Warren, Massachusetts, where he remained until his release in August 1865. Confederate officials raised his rank to major general while he was incarcerated, making him the last Confederate soldier to achieve such distinction. The promotion acknowledged his earlier leadership and valor in Arkansas.

Given his freedom, the thirty-two-year-old former Confederate took a six-month tour of Europe. He returned to St. Louis in the spring of 1866 and successively established a commission house, entered the insurance business, edited an agricultural journal for three years, and served as secretary of the Missouri State Board of Agriculture in 1873–1874.

In 1880, Marmaduke’s friends belatedly backed him for the gubernatorial nomination, but Thomas Theodore Crittenden easily became the Democratic choice. General Joseph Orville Shelby and other influential former Confederates continued to push for Marmaduke’s election. In 1884, Marmaduke won the nomination and the governor’s post amid great political turmoil in Missouri. With at least six parties or coalitions seeking power, he won a close election. The factionalism among Missourians soon manifested itself in the growing dissent over railroad management.

Marmaduke’s term was marked by labor conflict in two railway strikes that seriously affected Missouri. In the early spring of 1885 and again in 1886 commerce on Missouri’s rails was stalled. In 1885, Missouri Pacific workers launched a major strike over wages, affecting the traffic in Missouri and Kansas. The Missouri governor initiated arbitration among the dissenting parties that resulted in a bloodless, successful resolution permitting the resumption of rail operations.

In 1886, labor-related disputes closed rail traffic from Missouri to Texas. Violence erupted, with property damage and personal injury. Again, Marmaduke played a mediator’s role, and after a modest show of force by the Missouri adjutant general, a few troops, and locally armed deputies, the rail trade resumed. The public clamored for legislative reform of rail rates, and the governor took the lead in securing new regulations to curtail collusion in establishing rates.

Marmaduke’s experience with railroad strikes and consultations with the adjutant general, James Jamison, about the state militia exposed the exceedingly poor condition of Missouri’s militia. He and Jamison bolstered morale in the militia through their efforts to enlist men rather than just officers, who then recruited troops. However, a basic problem was the absence of an appropriate budget for provisions and funds to pay soldiers when they were on duty in service of the state. Marmaduke was unsuccessful in urging major legislative reform, but his efforts brought attention to the problems that the state addressed in future years. Local militias honored him in name with the Marmaduke Guards, the Marmaduke Rifles, Camp Marmaduke, and so on. Missouri folk musicians remember him in a favored melody, “Marmaduke’s Hornpipe.”

The governor visited several of Missouri’s institutions, including the university, the school of mines, insane asylums, and the penitentiary, in an attempt to understand their needs. During his administration the state began the tradition of allocating one-third of the state general revenue for public education. He laid the groundwork for a new state hospital at Nevada, a juvenile reform school for boys at Boonville, and an industrial home for girls at Chillicothe. In the climate of a surging temperance movement, Marmaduke’s administration passed a “local option” law in 1887. Dozens of counties and towns began to create “dry” districts throughout the state.

John Marmaduke, a bachelor who retained the services of two nieces as hostesses at the Governor’s Mansion, served three years of his term before dying of pneumonia in Jefferson City on December 28, 1887. Lieutenant governor Albert Pickett Morehouse served the remainder of the term and promoted many of the same causes advocated by Marmaduke. The governor was a talented man who exhibited his father’s interest in progressive agriculture, his grandfather’s concern for education, and his family’s interest in public service.