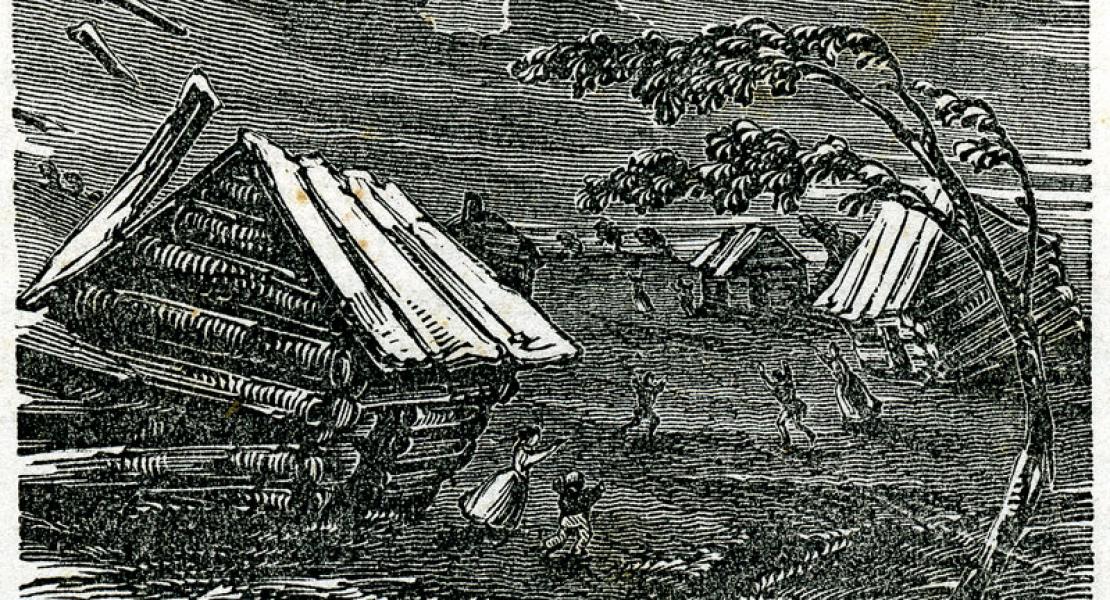 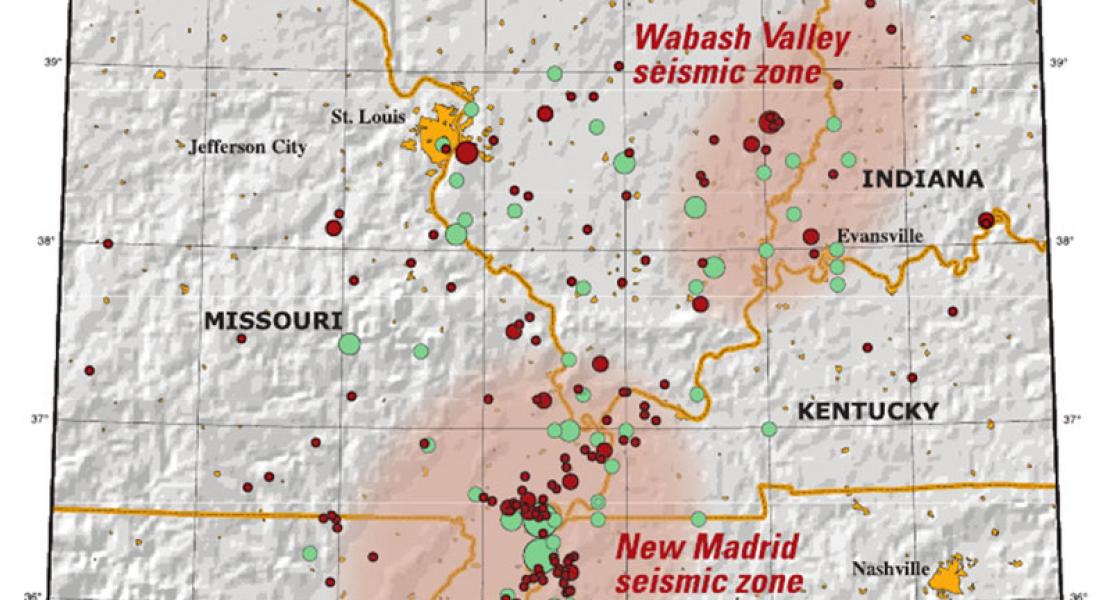 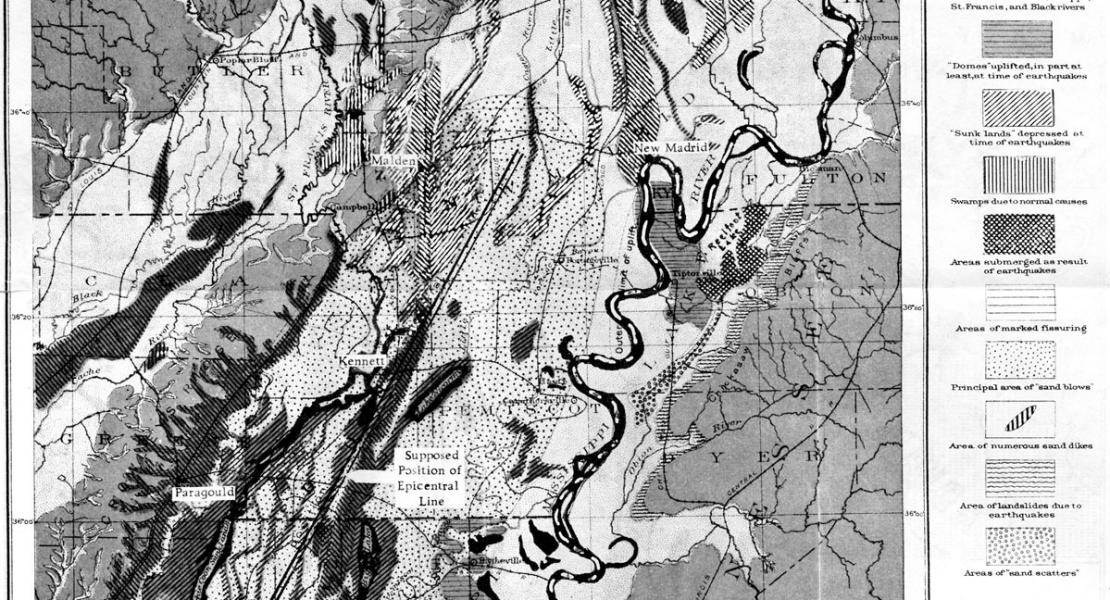 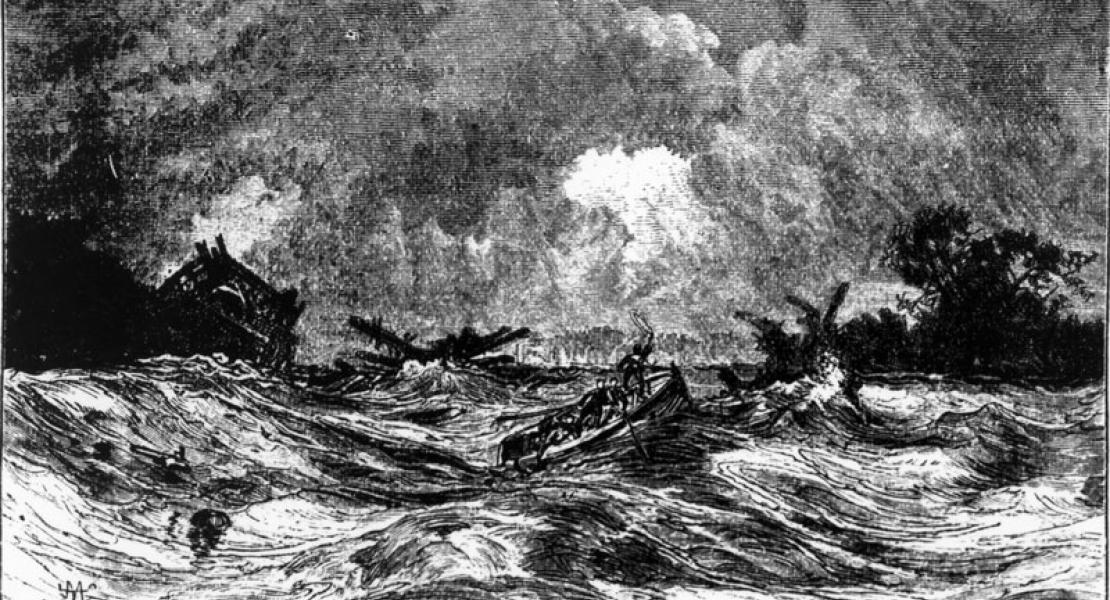 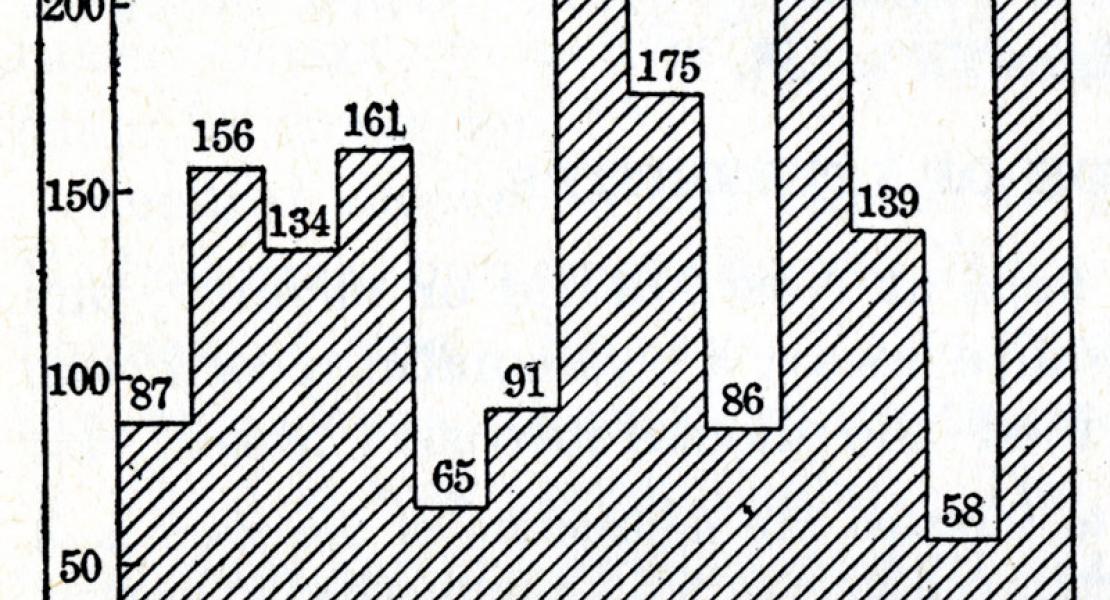 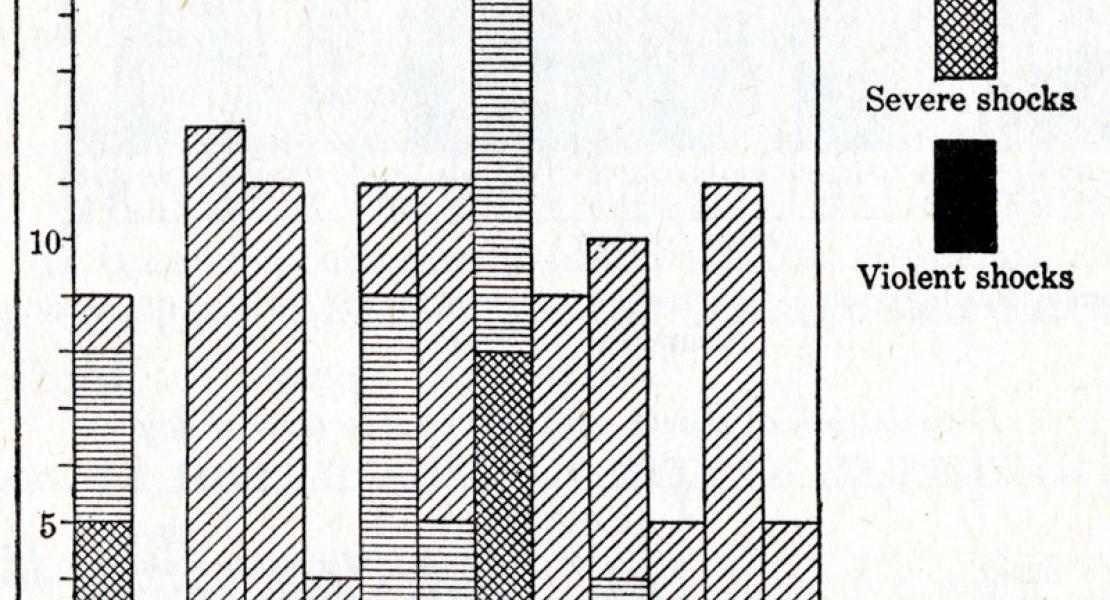 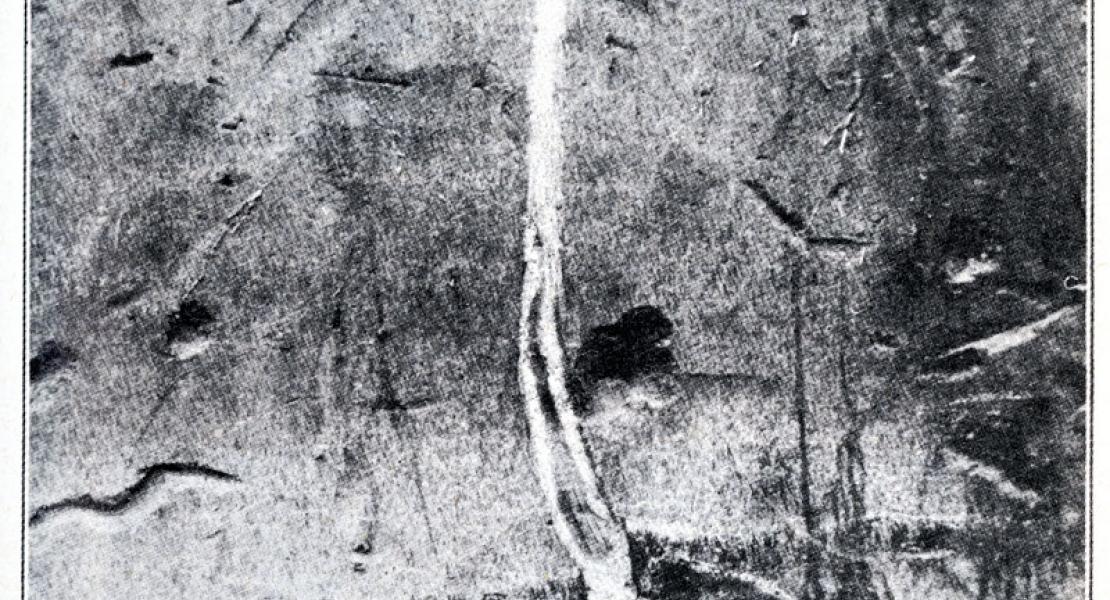 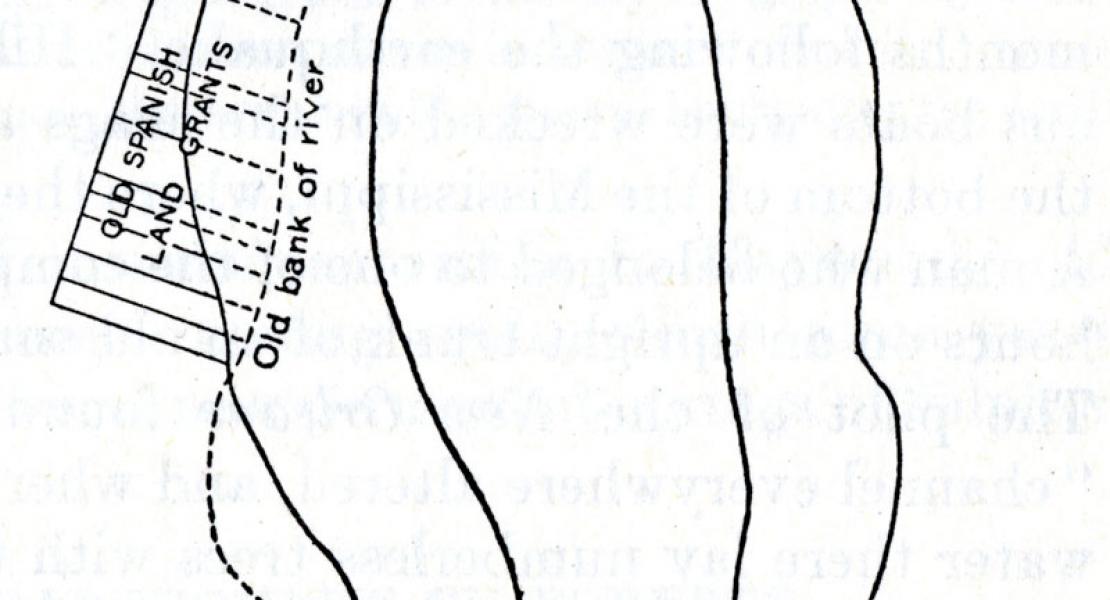 During the early hours of December 16, 1811, a series of violent shakes roused inhabitants of the mid-Mississippi valley from their nighttime slumbers. Those initial tremors and the sporadic ones that followed for nearly two months reshaped the landscape, altered regional settlement patterns, and prompted unnerved residents to contemplate the mysterious forces of nature capable of wreaking so much havoc. The most seriously affected areas were in southeastern Missouri, northeastern Arkansas, southwestern Kentucky, and northwestern Tennessee. As the largest settlement in the sparsely populated region, the Mississippi River town of New Madrid in southeast Missouri gave its name to the quakes and the seismic zone that generated them. Between December 16, 1811, and February 7, 1812, seven earthquakes of magnitude 6.0 to 7.5 on the Richter scale and numerous lesser aftershocks ravaged the affected area. They were among the most intense earthquakes in US history and by far the largest to occur east of the Rocky Mountains.

William Leigh Pierce, a literate twenty-one-year-old traveler, was en route to New Orleans on a flatboat in December 1811 when a violent and convulsive agitation awakened him in the dead of night. He rushed on deck, where he and his anxious fellow passengers sought to determine the source of their peril. Initially, they suspected that hostile Indians had caused the mischief by unleashing their tethered vessel from its moorings, but a succession of shocks soon alerted them to the true source of the mayhem. At dawn’s first light Pierce beheld the full extent of devastation wrought by the nighttime shocks: “the earth, river &c torn with furious convulsions, opened in huge trenches whose deep jaws were instantaneously closed: there through a thousand vents sulphureous streams gushed from its very bowels leaving vast and almost unfathomable caverns. Every where Nature itself seemed tottering on the verge of dissolution.”

John Bradbury, the English naturalist and explorer of North America’s interior regions, had no such hesitation about the cause of his boat’s sudden and powerful convulsions on that fateful night. Amid the deafening din of crashing trees, collapsing riverbanks, and screaming wild birds, he sought to reassure the frightened crewmen eager to abandon the boat for the perceived safety of the shore. Bradbury wisely opposed that course, and after dispensing glasses of spirits persuaded the uneasy crew to remain on board and continue downriver in deep water.

On land the impact of the earthquakes was no less horrific. In the most seriously impacted areas, raised or sunken lands, fissures, sand blows, and landslides were commonplace. New Madrid resident Eliza Bryan vividly recalled the awful noises of the first shocks replete with the distant reverberations of hoarse and vibrating thunder, the cracking sounds of falling trees, and the river’s thunderous roar, all punctuated by the smell of sulfur. Another local citizen echoed her sentiments: “we were awakened by a most tremendous noise, while the house danced about and seemed as if it would fall on our heads.” As the earthquakes persisted, the river town’s terrified inhabitants fled their rolling and jostling homes and established encampments on higher ground to avoid the dangers of flooding. At nearby Little Prairie the devastation was so severe that the entire population abandoned the town and headed northward, where the damage was rumored to have been less serious. When the nearly one hundred refugees reached New Madrid on Christmas Eve, they were dismayed to find its inhabitants camping in tents in open fields. St. Louis, farther removed from the epicenter, escaped with only toppled chimneys and a few cracked stone and brick walls. Joseph Charless, the editor of the Missouri Gazette, momentarily thought that a volcanic eruption farther west might have been responsible for the clamor of windows, doors, and furniture in motion that interrupted his sleep.

The December 1811 earthquakes were merely a prelude to what lay ahead. A second series of tremors started on January 23, 1812, and the final and most severe set of shocks followed on February 7. The temblors were felt far beyond New Madrid and its environs. Residents throughout the Ohio valley and people in places as distant as New York City and Charleston, South Carolina, experienced the tremors in varying degrees.

When the quakes finally ended, the most adversely affected areas were in shambles: buildings collapsed, great fissures appeared in the earth’s surface, some land sank and other land uplifted, sand blows deposited subsurface sediment over large areas, rivers and streams altered their courses, the Mississippi briefly reversed its flow, large new lakes were formed, and entire forests were toppled. Contemporary estimates that placed the death toll at a mere handful attributed the scant loss of life to a sparse population, but more recent scholars believe that those numbers grossly underestimated the full death toll by failing to take into account numerous unreported casualties and deaths on the river and in the region’s populous Indian communities.

By late spring the aftershocks had gradually diminished, but in the forlorn New Madrid district, only the hardiest souls remained. The exodus of the area’s inhabitants alarmed territorial secretary Frederick Bates, who worried that with all of the adverse publicity about earthquakes, Indians, and epidemics, Missouri would in a few years “be nothing but a place of exile for Robbers & Outlaws.” Bates exhibited no such concern for Native Americans previously displaced from their eastern homelands and now forced to move for a second time to escape their suddenly uninhabitable lands along the St. Francis River. The relocated refugee Cherokee bands once again abandoned their farms, cattle, and property and headed farther west, where they encountered resistance from the nearby Osage population.

In American settlements and on Native ground alike, people debated the earthquakes’ causes and struggled to discover the cataclysms’ larger meanings and purposes. Native people generally viewed the tremors as signs of the Great Spirit’s displeasure with their impure ways of living and the continuing American encroachment on their lands, but they chose to respond in widely divergent ways. Some pursued the combative intertribal militancy favored by Tecumseh and the Shawnee Prophet Tenskwatawa, while others opted for more accommodationist strategies true to their own unique cultural frames of reference.

American evangelicals employed earthquakes as signs of God’s wrath for sinful behavior and a catalyst for Christian conversion and repentance. “Earthquake Christians” who flocked to frontier revivals and swelled church membership rolls sometimes exhibited a curious amalgam of belief systems. When John Bradbury entered a house near the Chickasaw Bluffs in which there was an open Bible on the table, one of the occupants attributed the cause of the recurring shocks to the Great Comet of 1811 that had appeared a few months earlier. According to his reckoning, the earth had become lodged between the comet’s two horns and was now attempting to dislodge itself. The backwoods claimant of spiritual knowledge feared that these ominous occurrences might portend the approach of the end times. Bradbury, who viewed these events from a scientific perspective, chose not to challenge the settler’s firmly held beliefs. Attempts to link the bright and long-appearing comet of 1811 to the onset of the North American earthquakes were commonplace among Euro-American and Native American observers alike.

The US government did not provide victims of the destructive earthquakes with relief until the War of 1812 had ended. In 1815, Congress belatedly authorized persons owning lands damaged by the New Madrid earthquakes to relocate at no charge on the same quantity of land on any US public lands available for sale. The law limited such claimants to 640 acres of new land, and it prohibited them from relocating on mineral lands. In the spring of 1815, speculators poured into the New Madrid area seeking to purchase titles to damaged lands from unsuspecting residents before they learned about the new federal compensation law. Although the relief measure had been designed to alleviate suffering in the devastated region, most Missourians believed that the law’s principal beneficiaries had been the speculators.

The potential for earthquakes in the New Madrid region continues to the present day. The active faults in the New Madrid Seismic Zone are difficult to assess because they are hidden beneath thick layers of soft river-deposited soils, but current US Geological Survey maps show it to be a high hazard zone comparable to those in California.

A slightly different version of this essay, “Turbulence and Terror: The New Madrid Earthquakes, 1811–1812,” appeared in the November 2017 issue of We Proceeded On, published by the Lewis and Clark Trail Heritage Foundation. It appears here by permission of the author and the original publisher.

Hancock, Jonathan Todd. “A World Convulsed: Earthquakes, Authority and the Making of Nations in the War of 1812 Era.” PhD diss., University of North Carolina at Chapel Hill, 2013.