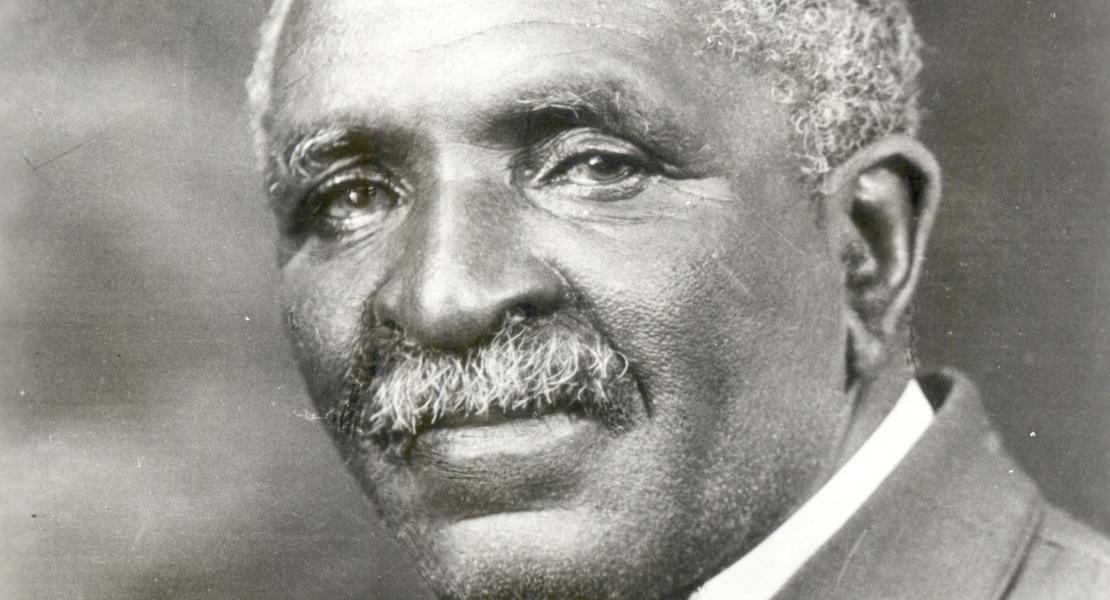 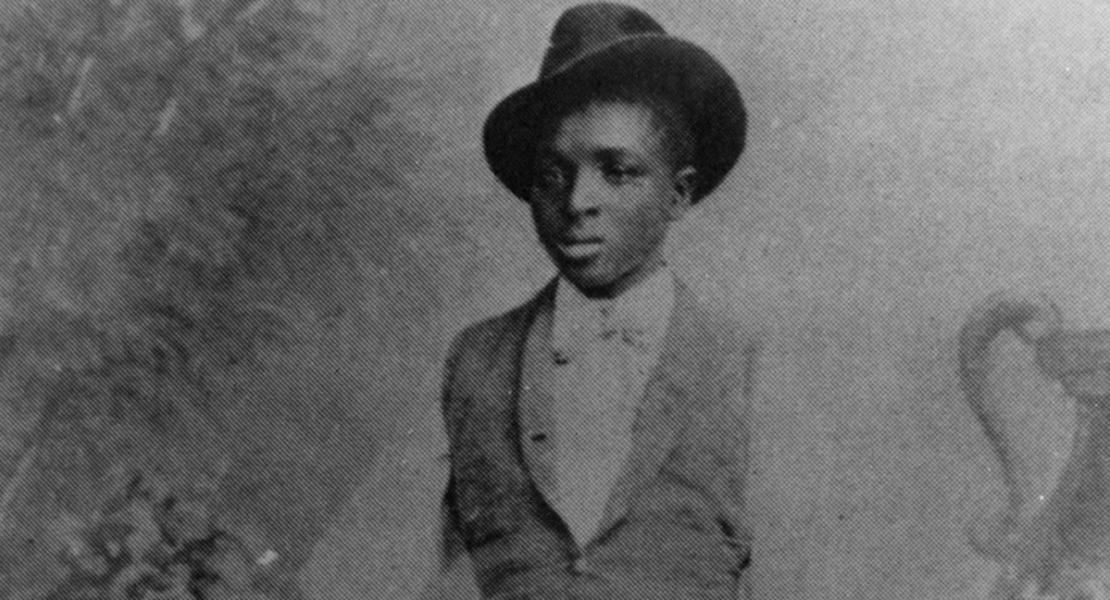 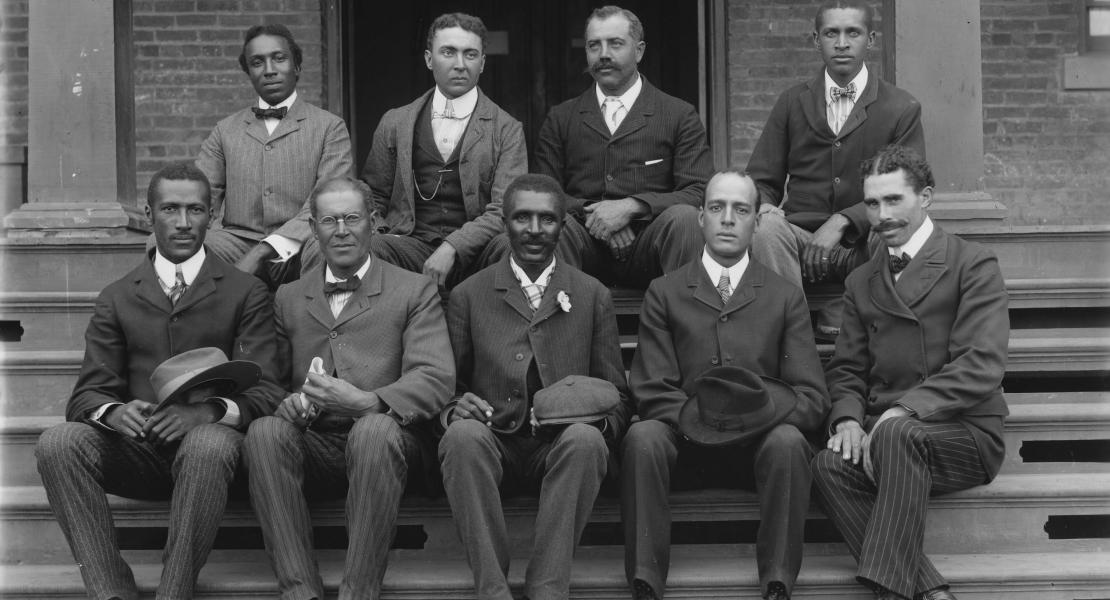 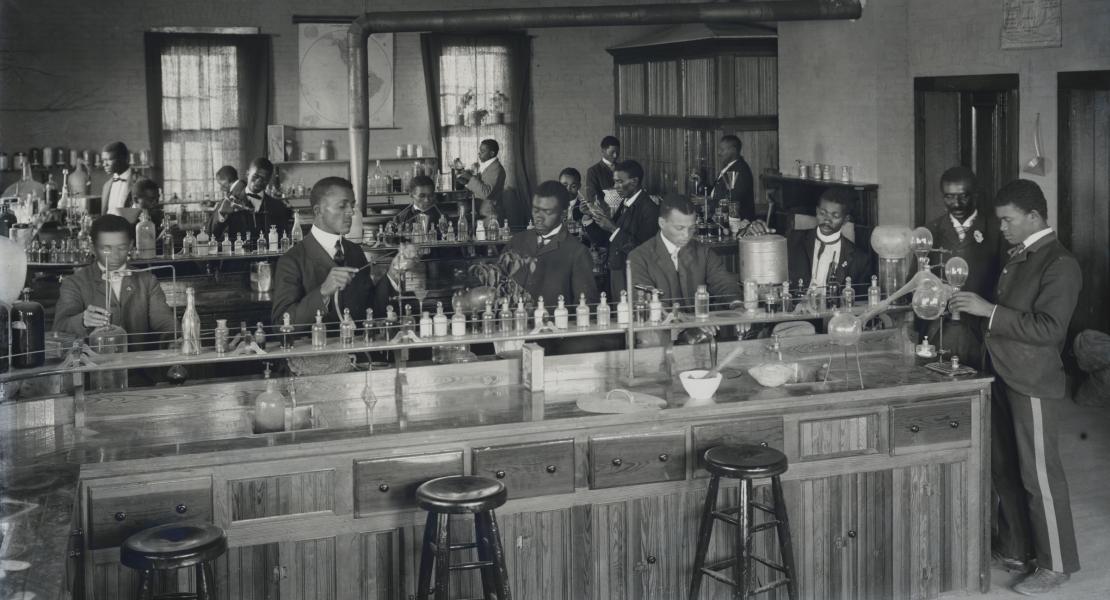 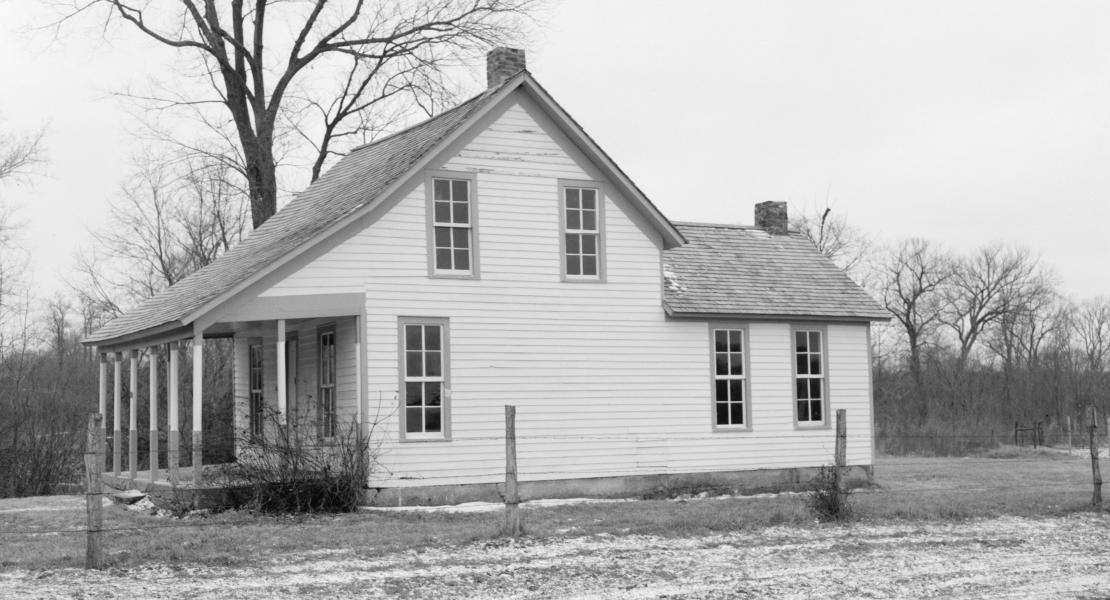 Historians have been unable to determine the exact date, or even year, of George Washington Carver’s birth. Biographer Linda O. McMurry asserts that “it seems likely that he was born in the spring of 1865,” and Carver himself often said that he was born “about 1865.” Likewise, uncertainty surrounds the identity of Carver’s father. When asked about his father, the future scientist usually named a slave on an adjoining farm who had been killed in an accident before George was even born.

Such uncertainty about Carver’s birth serves to accentuate the lack of regard a slave society had for the personal value of people whom it refused to regard as anything other than property. What can be said for certain is that he was born near the end of the Civil War on the Newton County farm of Moses and Susan Carver, and that he was born to a woman named Mary, then owned by the Carvers. If Carver was in fact born in 1865, he would have been born free, at least technically, since slavery was officially abolished in Missouri on January 11, 1865. When George was but a few months old, he and his mother were kidnapped by one of the many bands of bushwhackers who roamed western Missouri during the Civil War era. Moses Carver hired a neighbor to track down and rescue young George and his mother. The neighbor was partially successful: he recovered the infant slave. The return of George Carver to his master’s farm cost Moses Carver one of his finest horses. George Carver never saw his mother again. Throughout his life he often spoke and wrote of the trauma that resulted from having been raised an orphan.

George Carver and his brother Jim were raised by Moses and Susan Carver in post-emancipation Missouri. He was a frail, sickly child who, because of his poor health, spent much of his time assisting Susan Carver with domestic chores. While his brother Jim helped Moses Carver take care of the farm, George learned how to cook, mend, do laundry, embroider, and perform numerous similar tasks. Apparently, he was still very young when he developed a fascination for plants, probably as a result of helping Susan Carver take care of the garden.

Susan Carver taught George to read and write, there being no nearby school for blacks. At about the age of eleven, Carver was sent to Neosho to attend a school for blacks conducted by a teacher named Stephen Frost. While in Neosho he boarded with Andrew and Mariah Watkins, a childless black couple. He stayed in Neosho for at least two years until the late 1870s, when his desire for more education and a wanderlust of indeterminate origin drove him to hitch a ride with westward-migrating blacks on their way to Kansas.

For the next decade Carver traveled from one midwestern community to another, often using the domestic skills he had learned from Susan Carver and Mariah Watkins to survive. By the late 1880s his travels took him to Winterset, Iowa, where a local white couple, John and Helen Milholland, befriended him and encouraged him to enroll in nearby Simpson College. After a year of studying piano and art at Simpson, Carver transferred to the State Agricultural College at Ames and changed his emphasis of study to agriculture. He earned a bachelor’s degree in agriculture from that school in 1894 and served on its faculty while pursuing a graduate degree in agriculture, which he was awarded in 1896.

In that same year, Carver was recruited by Booker T. Washington to join the faculty at Tuskegee Institute in Alabama. Although Carver went to Tuskegee with high hopes and remained there until his death in 1943, he was often unhappy and at odds with both the Tuskegee administrators and his fellow workers. Much of the conflict he experienced stemmed from the fact that he had spent his entire life until 1896 outside of the South, whereas his coworkers were all southern born and bred.

Carver’s research with peanuts, sweet potatoes, and other foodstuffs gained him regional notoriety. He was credited with making significant efforts to help the South escape its reliance upon the single crop of cotton and with supplementing the meager diets of poor southerners, black and white. National attention came in the wake of his testimony in support of a peanut tariff before the House Ways and Means Committee of Congress in 1921. He testified on behalf of the United Peanut Growers’ Association. As McMurry has written, with this testimony he “won a tariff for the peanut industry and national fame for himself.”

Over the course of the next two decades, Carver’s fame grew, and he became widely known for his experiments. He was also enlisted by white liberals to serve in the cause of improving race relations. Throughout the 1920s and 1930s he traveled across the South speaking to groups of white youths in an effort to promote racial harmony. He did so primarily at the behest of the YMCA and an Atlanta-based group known as the Congress for Interracial Cooperation. Always a deeply religious man, Carver’s belief in racial equality stemmed from his conviction that all people were created in God’s image and were equal in his sight.

During the mid-1930s more attention was drawn to Carver when he began to offer treatment of peanut-­oil massages to victims of infantile paralysis. Word of Carver’s treatment spread, and the Tuskegee campus became a Lourdes-like sanctuary for people seeking relief from the effects of polio. Although there is no scientific basis to the claims, many people asserted that they had been “cured” by Carver’s treatment.

The Great Depression provided additional opportunity for Carver’s fame to grow. By the 1930s he had gained an international reputation as someone who could make the maximum amount of products from a minimum amount of resources. Even the Soviet Union sought his agricultural expertise during the bleak 1930s, though he declined to leave “his people” in the South.

Over the course of his life, Carver became friends with a great many people, some of them quite rich and famous. One of the relationships he valued most was his friendship with automobile manufacturer Henry Ford. Indeed, in his later years, when he was often quite ill, Carver was frequently visited by Ford, who had an elevator installed in the dormitory in which Carver lived so that the aging scientist could go from his room to his laboratory with a minimum amount of difficulty.

George Washington Carver died at Tuskegee Institute on January 5, 1943, after a lengthy illness. He is buried on the Tuskegee campus, not far from the burial site of Booker T. Washington. Barely six months after Carver’s death, Congress passed legislation creating the George Washington Carver National Monument on the farm where he was born near Diamond, Missouri. The monument was the first national memorial to an African American. The Senate sponsor of the legislation was Harry S. Truman.

Hersey, Mark D. My Work Is That of Conservation: An Environmental Biography of George Washington Carver. Athens: University of Georgia Press, 2011.