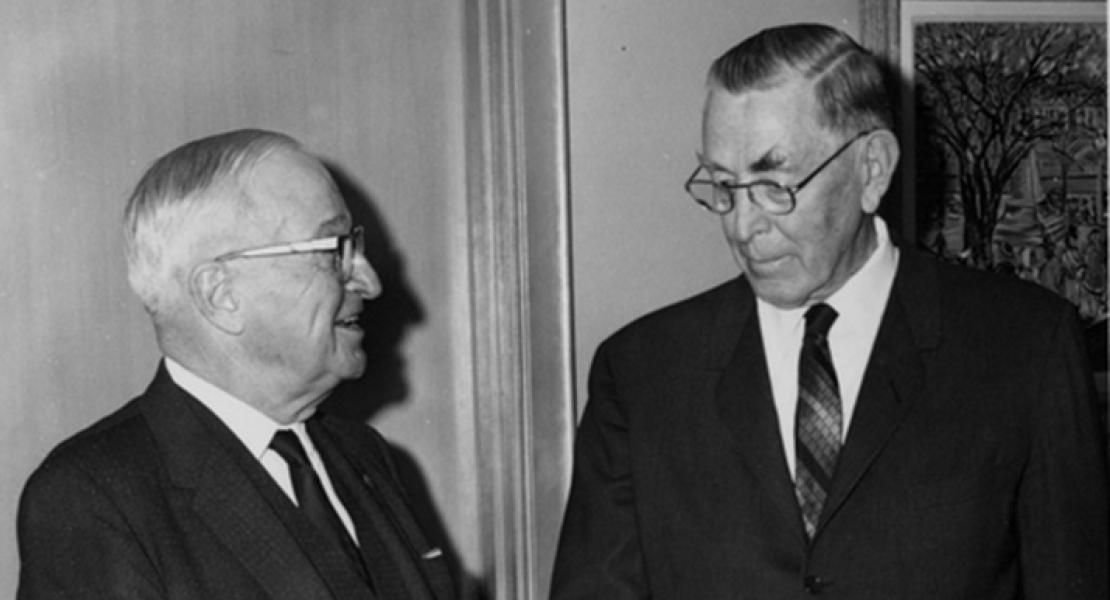 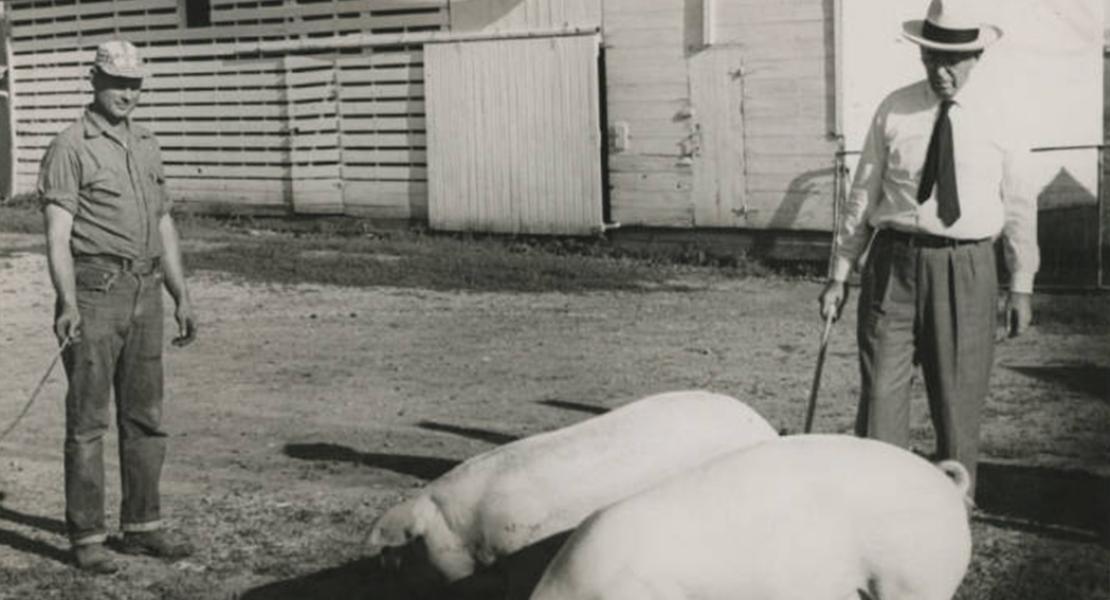 The founder of the Consumers Cooperative Association (CCA) and the original field man for the Missouri Farmers Association (MFA), Howard A. Cowden affected the lives of Missouri and midwestern farmers as much as anyone in the twentieth century.

Born on May 18, 1893, in Pleasant Hope just north of Springfield, Cowden grew up as a southwest Missouri farm boy at the turn of the century. His postsecondary education consisted of short courses in agriculture at the University of Missouri in Columbia and one semester at Missouri State Normal School (now Missouri State University) in Springfield. He taught school for four years near or in his hometown of Pleasant Hope.

After the end of World War I, Cowden took the position of secretary for the newly formed Polk County Farmers Association, which was affiliated with the MFA (organized in Columbia in January 1917). Cowden’s Polk County work attracted the attention of William Hirth, founder of the Missouri Farmer and originator of the MFA.

Cowden’s involvement in cooperative business ventures resulted from a law change by the Missouri legislature in 1919 that enabled farm cooperatives to function properly. This led to his employment by the MFA as its first field man in January 1920. Continuing in that position until 1927, Cowden greatly expanded membership and cooperative ventures within the MFA.

After a falling-out with his former sponsor, Hirth, Cowden organized the Cowden Oil Company in January 1928 to sell petroleum and lubricants to farm cooperatives in Missouri and elsewhere. The following year he was able to interest representatives from six midwestern cooperatives in the idea of forming a cooperatives’ cooperative to supply such products on a broad scale. The company took over the assets of Cowden Oil Company and emerged as the Union Oil Company (renamed Consumers Cooperative Association in 1935). Cowden established company headquarters in North Kansas City, Missouri.

Initially organized to supply petroleum products to cooperatives in the region, the CCA launched a diversification program in the mid-1930s. By 1936 the company manufactured its own brand of paint and began distribution of groceries to member cooperatives for resale. Never successful as a business venture, the grocery department of the CCA ceased distribution in 1953. Cowden led the CCA to enter the tractor-manufacturing business in 1935, but the effort ceased in 1940.

Beginning in 1938 Cowden organized a transportation department for the CCA as a means of distributing its products. On the eve of World War II, Cowden’s CCA provided merchandise bearing the “Co-Op” label to 121 cooperatively owned stores in seven midwestern states, but mostly in Kansas and Missouri. During World War II the demand for increased meat and food output prompted Cowden to promote expansion into livestock-feed manufacturing and fertilizer production. In the post–World War II era these became high-volume products for the cooperatives.

The overall significance of the success of Cowden’s CCA is that it boosted the activities of hundreds of farmer-owned cooperatives in the Midwest. These companies charged their members retail prices on the products purchased and returned dividends in “patronage checks” at the end of the financial year. Thus, stock in the cooperative ventures did not pay dividends; the only way to get patronage benefits was to buy at the “Co-Op.” The CCA operated on the same principle with regard to its member cooperatives as well.

Cowden retired as president and chief executive officer of the CCA at age sixty-eight in 1961. For a brief period he served as chairman of the board of the organization. Beginning in late 1961, however, he assumed the role of consultant to Nationwide Mutual Insurance Companies, which enabled him to continue his advocacy for all types of cooperative ventures across the country and even in other nations. During his lifetime Cowden served as first president of the National Cooperative Refinery Association, first elected chairman of the board of governors for the Agricultural Hall of Fame in Bonner Springs, Kansas, and president of the International Cooperative Petroleum Association, among other responsibilities.

Cowden died at his home in Oakwood, Missouri, in suburban Kansas City, on December 22, 1972. His beloved CCA became Farmland Industries in September 1966, after he was no longer associated with the venture. In 1995 Farmland Industries was the largest cooperatively owned company in the United States. Despite owning assets valued at more than the amount of its debt, the company experienced liquidity issues in the early 2000s. In 2002 Farmland Industries filed for Chapter 11 bankruptcy; its assets were later sold off to a number of competitors, including Smithfield Foods, Koch Industries, and US Premium Beef.