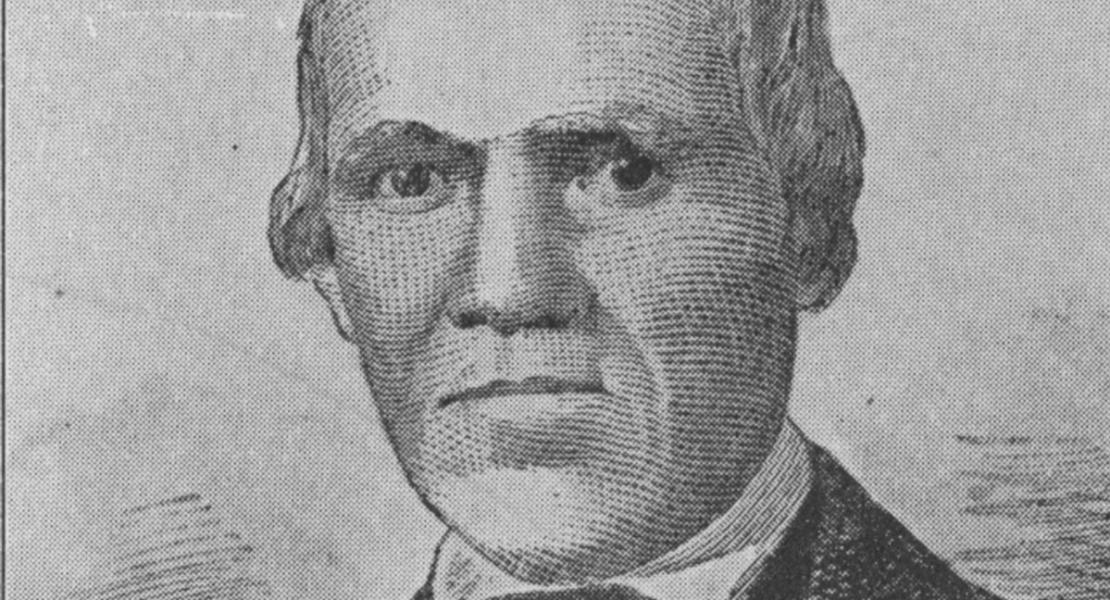 In some respects, William Jewell’s story is similar to those of thousands of others who settled in Missouri between the War of 1812 and the 1830s. He was born in Loudoun County, Virginia, on January 1, 1789, to George and Mary Jewell. The family moved to Kentucky sometime after 1812 and stayed there long enough for William to grow up and attend Transylvania College, where he studied medicine. He also became involved in politics, and the voters of his district elected him to one term in the Kentucky legislature.

In the early decades of the nineteenth century, thousands of migrants from Kentucky, Tennessee, and Virginia followed the trails first established by Daniel Boone and his sons and settled in the Missouri River valley in central Missouri. In 1820 William, his parents, and his three sisters moved to Howard County in the heart of the Boone’s Lick region. In this rapidly growing area, an ambitious man like William Jewell had ample opportunities to make an impression. In 1821 he relocated to the village of Columbia in what was soon to be Boone County.

Almost immediately Jewell entered politics and obtained a position on the committee in charge of surveying Columbia’s streets. As a member of this committee, later as mayor, and eventually as a member of the state legislature, Jewell emphasized a rational, organized plan for economic expansion. He insisted that the streets in Columbia be wide, straight, and flat. As mayor he antagonized some members of the fledgling community by instituting inspections for slaughterhouses, pigpens, and stables. He represented a class of men determined to establish orderly, self-regulating communities in the frontier world they inhabited.

Jewell’s efforts to bring “civilization” to Missouri can be illustrated on several levels. In 1823 he established the Columbia Baptist Church, the first congregation of any denomination in the town. He opposed gambling and horse racing and joined the first temperance society in Columbia. He volunteered as an army surgeon for the Black Hawk War in 1831–1832. When several towns in central Missouri were vying to be the seat of the state university in the late 1830s, Jewell gave $1,800 to help secure its location in Columbia. As a state legislator he supported a number of progressive measures, including the abolition of whipping and pillory as punishment for nonslaves, the establishment of a public hospital in St. Louis, and support for the St. Louis public schools and library association. A Whig, Jewell’s politics transcended pure party loyalty. He supported Democrat Thomas Hart Benton for US senator at least once, but voted for Whig Henry Clay in the election of 1844.

Jewell’s interest in seeing Missouri and Columbia grow was not completely altruistic. He was a businessman as well as a public servant. He actively practiced medicine, and while he earned a reputation for braving harsh weather and bad roads to see patients, he did not hesitate to sue those who failed to pay him. Among other business ventures, he became a stockholder in the Columbia and Missouri River Plank Road Company. He owned at least six slaves, some of whom he freed in 1836. He emancipated the remainder of them in his will. Jewell’s political influence and financial success, along with his strong personality, made him a respected, if not always liked, figure in Columbia.

In 1843, seeking to further his vision of progress through education and religion, Jewell offered the Baptist General Association of Missouri $10,000 to build an institution dedicated to the training of Baptist ministers. The association initially failed to raise matching funds, but Jewell left his offer on the table. Finally, on February 27, 1849, the Baptist General Association chartered what would become William Jewell College in Liberty, Missouri. Jewell, a self-taught architect, personally oversaw the construction of the early college buildings he had helped finance. While in Liberty he suffered a heat stroke and died of complications on August 7, 1852. He was buried in Boone County, where his grave is preserved in the Jewell Cemetery State Historic Site.

Robert Faust is a senior instructor in the Department of History at the University of South Alabama.