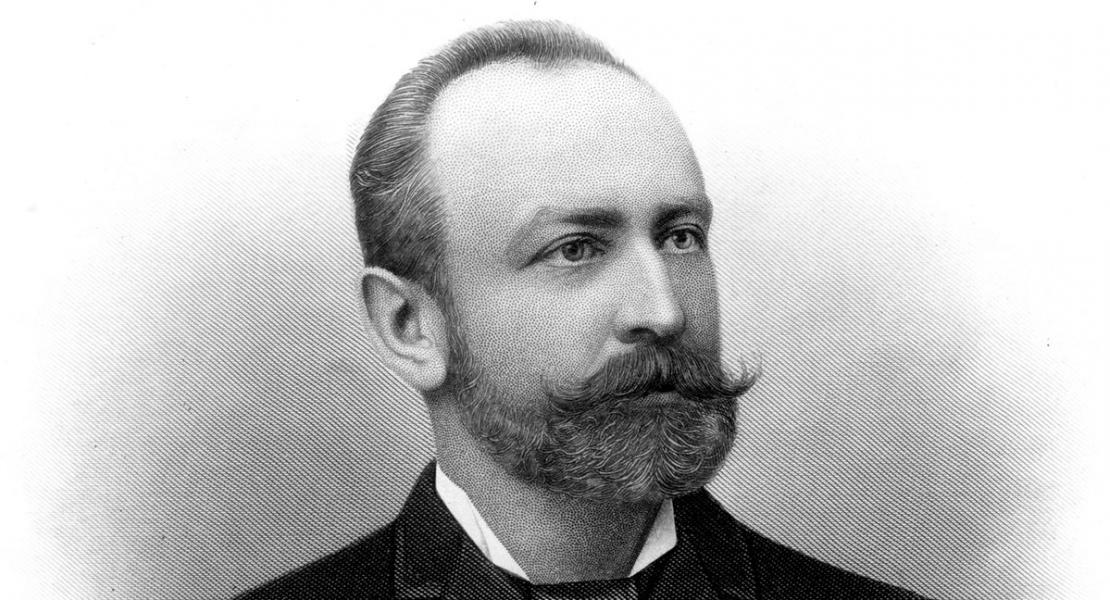 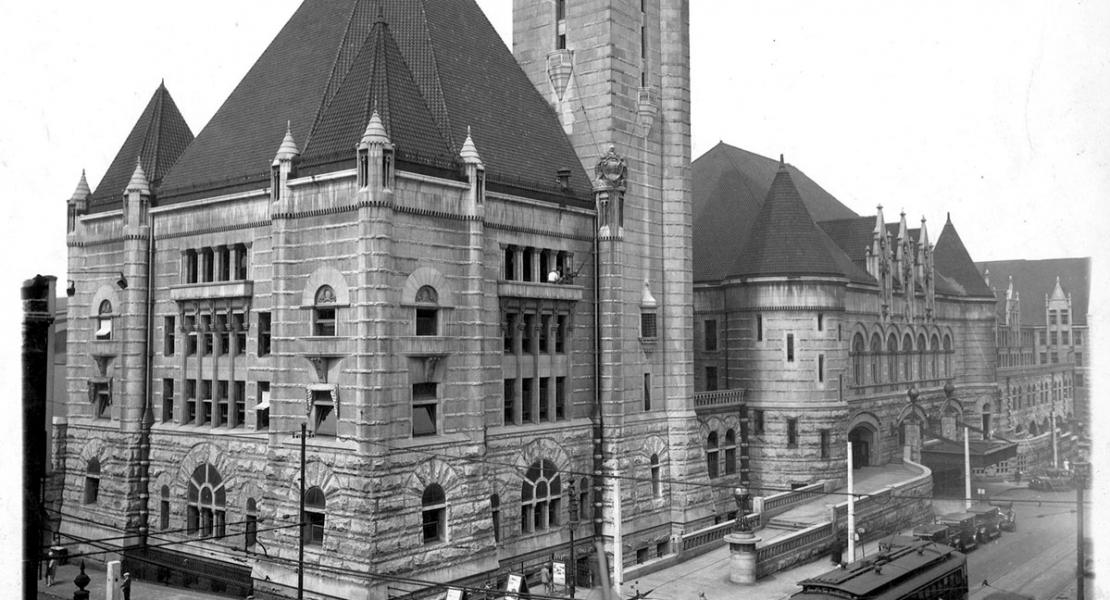 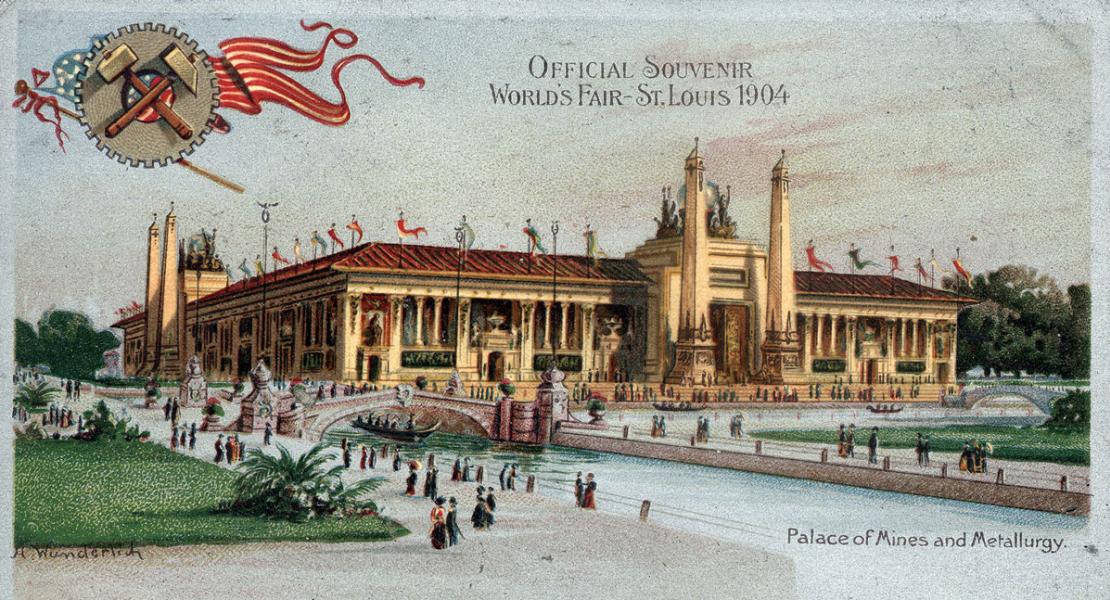 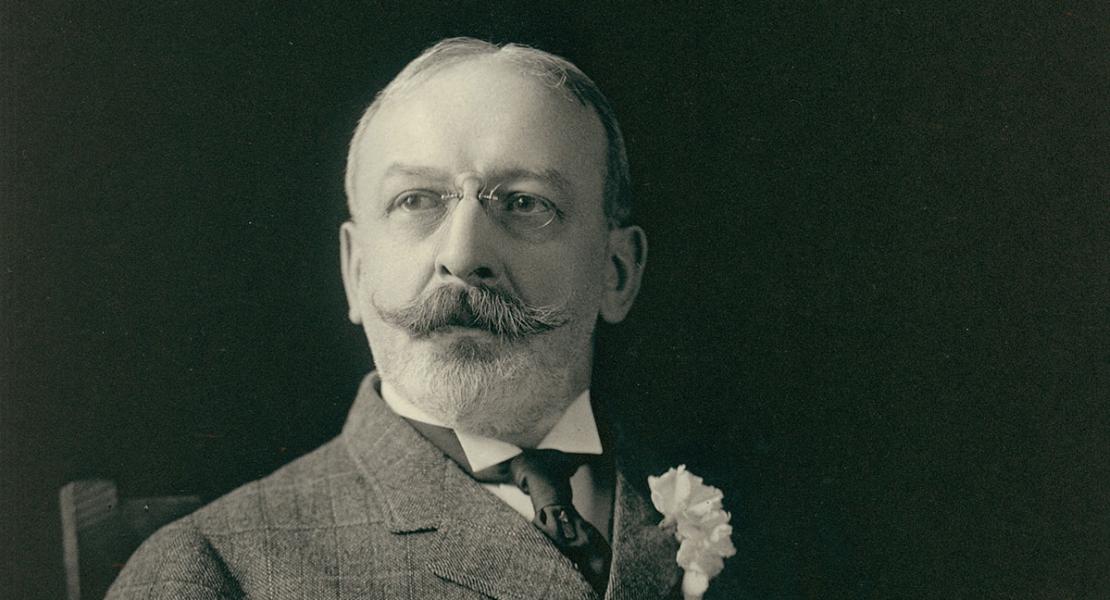 Theodore Carl Link is best known as the architect of St. Louis’s Union Station, but if he had never worked on the massive structure, he would still have been a major Missouri architect. His many homes and churches, as well as his monumental gateways to St. Louis’s most exclusive neighborhoods and his original ideas for the design of Forest Park, were enduring contributions to the character of his adopted home city. Equally significant are other accomplishments such as the Mississippi State Capitol in Jackson; Monticello Seminary in Godfrey, Illinois; and the Louisiana State University campus in Baton Rouge, which distinguish him as one of America’s most important turn-of-the-century architects.

Link was born in Wimpfen, Germany, on March 17, 1850, and received his early education in Heidelberg. He trained in architecture and engineering in London and at the École des Arts et Métiers in Paris before emigrating to the United States in 1870. He worked in New York and Philadelphia for two years, then was hired as a civil engineer for the Texas Pacific Railroad. He moved to St. Louis in 1873 and continued his railroad work in the bridges and buildings department of the Atlantic and Pacific Railroad Company. Sometime around 1874 he began designing the new Forest Park for the city of St. Louis, first as chief engineer and then as superintendent of public parks. It was also about this time that he married Annie Fuller of Detroit, Michigan, with whom he eventually had five children.

City directories for 1876 list Link as a civil engineer for the St. Louis and San Francisco Railway Company, but at about this time he moved back east. Contemporary sources indicate that he worked in Pittsburgh, Philadelphia, and New York until his return to St. Louis in 1883, but, unfortunately, few records remain of his activities during these formative years. Upon his return, he began work for the engineering company of his old friend Julius Pitzman, former chief city surveyor and civil engineer, with whom he had worked on the Forest Park design. After two years, and following a trip to Europe, Link finally opened his own architectural firm in 1885, just as St. Louis was undergoing a building boom.

Link is best known for his monumental stone buildings designed in the manner of the leading architect of the period, Henry Hobson Richardson, who died in 1886. Richardson had built a number of highly influential buildings, and his “Romanesque Revival” predominated in the building styles of the next two decades, largely through the efforts of younger architects, the “Richardsonians” who sought to emulate the master’s powerful designs. Link was undoubtedly one of these, but unlike some of his contemporaries who slavishly copied Richardson’s designs, he more often adapted forms and materials sensitively and with originality, earning himself the descriptive title of “Utilitarian Eclectic” from one scholar. Many of Link’s creations in St. Louis, such as the Second Presbyterian Church (1898–1899), the gates of Portland and Westmoreland Places (circa 1891), and certainly his masterpiece, Union Station (1892–1894), reveal strong Richardsonian influences in their dependence upon ponderous, block-like forms constructed from rough-hewn limestone or granite adorned with delicately carved details, dominant tower formations, rounded arches, and red-tile roofs. At the same time, though, each is a response to specific purposes, circumstances, and Link’s own vision. While he was competing with the legacy of Richardson and with architects who also saw themselves as his heirs (especially Richardson’s own firm of Shepley, Rutan, and Coolidge, which established a St. Louis branch in 1890), Link managed to win the St. Louis Union Station commission with his innovative design.

During the course of his career Link had several partnerships, the most important of which may have been with Edward Cameron, who joined him in 1891. Cameron had worked in Richardson’s Boston office and in 1885 had moved to Chicago to supervise the construction of Richardson’s MacVeagh and Glessner Houses and the famous Marshall Field department store. Upon their completion and following Richardson’s death, he returned to his hometown of St. Louis and joined Link’s firm. His participation in the planning and construction of Union Station must have been considerable, and the building is properly attributed to the firm of Cameron and Link, even though the two men dissolved their partnership just as the great structure was nearing completion in 1894.

For the next decade Link continued his successful practice, building homes and churches for the most prominent St. Louisans, even contributing to the Louisiana Purchase Exposition in 1904 with his Mines and Metallurgy Building. About the same time, though, his attention began to turn south, where he had received a major commission for the Mississippi State Capitol (1900–1903). Clearly one of his most important commissions, this and the later plan for the Louisiana State University campus in Baton Rouge (1923) would conclude his career. Link died while supervising the construction of Louisiana State University on November 12, 1923, at the age of seventy-three.

Joni L. Kinsey is a professor of art history at the University of Iowa.

Lowic, Lawrence. The Architectural Heritage of St. Louis, 1803–1891: From the Louisiana Purchase to the Wainwright Building. St. Louis: Washington University Gallery of Art, 1982.