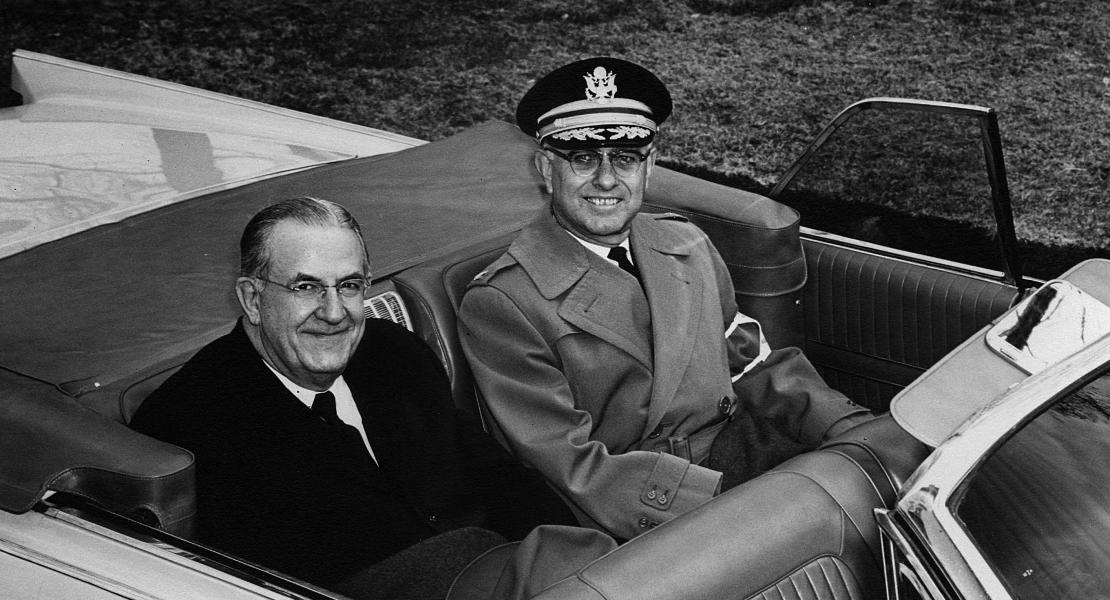 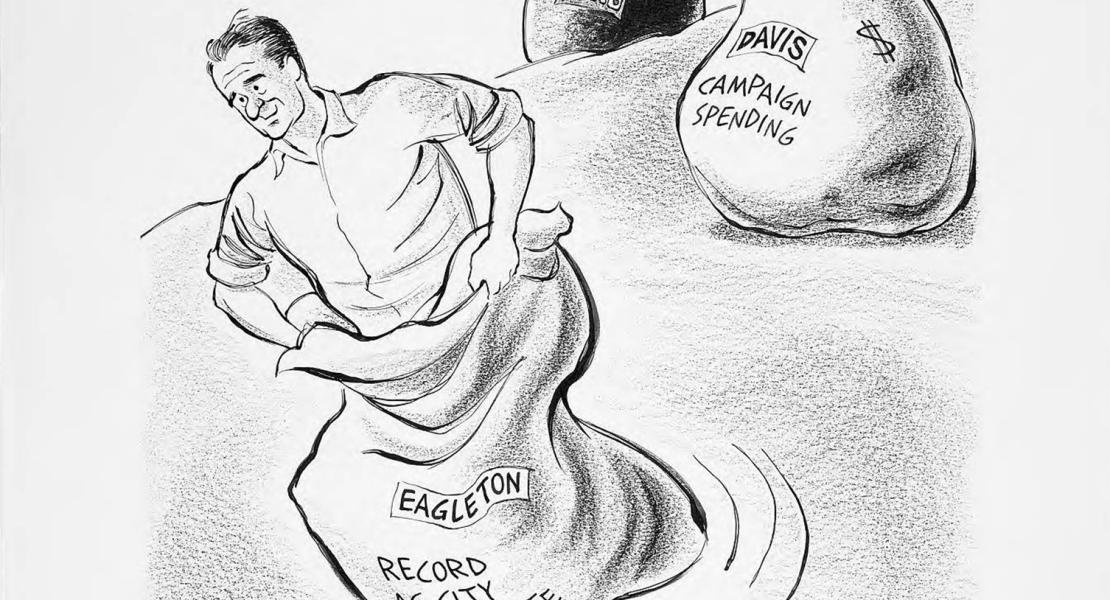 Edward V. Long was born on July 18, 1908, in Lincoln County, Missouri. He received his undergraduate degree from Culver-Stockton College and attended law school at the University of Missouri. After completing his education, he settled in Bowling Green, Missouri, and accepted a teaching position. He taught until 1935, when he began a private law practice, apparently with ambition to pursue a career in politics. In 1937, barely a year after beginning his practice, he won election as prosecuting attorney of Pike County. In addition, he became Bowling Green’s city attorney.

In 1945 Edward Long sought and won a seat in the Missouri Senate, where he served for more than a decade, eventually becoming the Democratic majority leader. After serving as majority leader from 1949 to 1954, his fellow senators elected him president pro tempore. In 1956 Long won election as lieutenant governor. He undoubtedly had every expectation of completing his four-year term, but on September 13, 1960, US senator Thomas C. Hennings Jr. died. The Missouri Democratic Party held a special convention to name Hennings’s successor, with state representative Charles H. Brown and Missouri’s governor, James Thomas Blair Jr., as the two leading candidates for the nomination. When the convention deadlocked with both Brown and Blair having strong support among the delegates, Long emerged as a compromise candidate. On September 21, 1960, the State Democratic Convention named Edward Long as its choice for the Democratic nomination for the US Senate, and Governor Blair had no choice but to accept the decision. He named Long to the post on September 23, 1960, and Long served as Missouri’s temporary senator until November 8, 1960, when voters elected him to complete the remaining two years of the Hennings term. In 1962 he was elected to a full six-year term.

In succeeding Hennings, Long had large shoes to fill. A liberal from St. Louis, Hennings was popular in the state, and he had earned a national reputation in the area of civil liberties, having fought against the red-­scare tactics of Joseph McCarthy. Undoubtedly, Hennings’s legacy influenced Long’s political career.

Long served as chairman of the Senate Subcommittee on Administrative Practice and Procedure, which studied the surveillance activities of federal law enforcement agencies. He published several articles about John F. Kennedy’s proposed wire-tap legislation. On March 26, 1962, Carey McWilliams, the editor of the Nation, sent a letter to Long asking him to write an article identifying the disadvantages of President Kennedy’s proposed legislation. The article appeared in the July 14, 1962, issue. Long argued that Kennedy’s legislation would give too much authority to law enforcement officials.

Long followed the Nation piece with another in the July 1962 issue of Focus Midwest under the title “Big Brother Is Listening.” On August 6, 1962, Robert L. Bevan, Long’s legislative assistant, sent a letter to St. Louis attorney Thomas J. Guilfoil requesting his help in getting the Focus Midwest article republished in the St. Louis Post-Dispatch.

In 1966 Long published a book titled The Intruders: The Invasion of Privacy by Government and Industry. He warned readers that the individual zone of privacy was being threatened by technological advances and advocated that legislation be passed to prevent this dangerous erosion of civil liberties. In the Senate he proposed legislation designed to strengthen individual civil liberties, including a bill making postal surveillance of mail a violation of federal law.

Long’s voting record leaned in the moderate to liberal direction. Besides a liberal record on civil liberties, he supported the civil rights reforms of both Kennedy and Johnson. In February 1963 he voted for a change in Senate Rule 22 that would have revised the guidelines for cloture, requiring sixty votes instead of a two-thirds majority. Civil rights activists saw the change in Rule 22 as an important step in gaining Senate approval for civil rights legislation. Although the February 1963 attempt proved unsuccessful, it nonetheless indicated Long’s strong support of the civil rights cause. At the 1964 Democratic National Convention, he expressed support for the delegation representing the Mississippi Freedom Democratic Party and was supportive of party reforms designed to increase black representation at future party conventions. He also voted in favor of the Medicare insurance program for elderly Americans.

Long’s record of support for civil liberties eventually caused immense difficulty for his political career. In its May 26, 1967, issue, Life charged Long with having sinister motives for his record on civil liberties. According to the author, William Lambert, Long conducted hearings and criticized federal law enforcement agencies because of his ties to the Teamsters and its embattled president, Jimmy Hoffa. Lambert accused Long of trying to prevent Hoffa’s prosecution, and later, after Hoffa’s conviction, of trying to get the decision overturned. In substantiating its argument, the Life article traced Long’s ties to the Teamsters back to his days as Missouri’s lieutenant governor. Long reportedly had connections to Morris Shenker, Hoffa’s chief attorney. However, the Life story did more than identify connections between Long and the Teamsters and Hoffa. According to Lambert, Shenker had paid Long $48,000, though Long had not practiced law since the 1950s. In addition to these accusations, Life asserted that Long used federal money to pay the salary of his housekeeper and to pay the rent on his law office in Bowling Green. The charges led the Senate to conduct an investigation, which cleared Long of the charges of illegal or improper activities. However, the magazine stood by its story, and in its November 10, 1967, issue restated the charges and in fact delved into the alleged relationship between Long and individuals whom the magazine called “gangsters” and “gamblers.”

The Life articles had a substantial impact on Long’s political standing in Missouri. He was up for reelection in 1968, and Republican opponents became optimistic about their chances of defeating him if he succeeded in getting the Democratic nomination. Missouri governor Warren Hearnes did not support Long’s renomination. Consequently, with encouragement from Hearnes, Thomas F. Eagleton, the lieutenant governor, challenged Long for the Democratic nomination and defeated him in the Democratic primary. Long resigned from the Senate on December 27, 1968, and resumed practicing law in Missouri. He died on November 6, 1972.

Michael E. Meagher is an associate professor in the Department of History and Political Science at Missouri University of Science and Technology.

Long, Edward V. The Intruders: The Invasion of Privacy by Government and Industry. New York: Frederick A. Praeger, 1966.