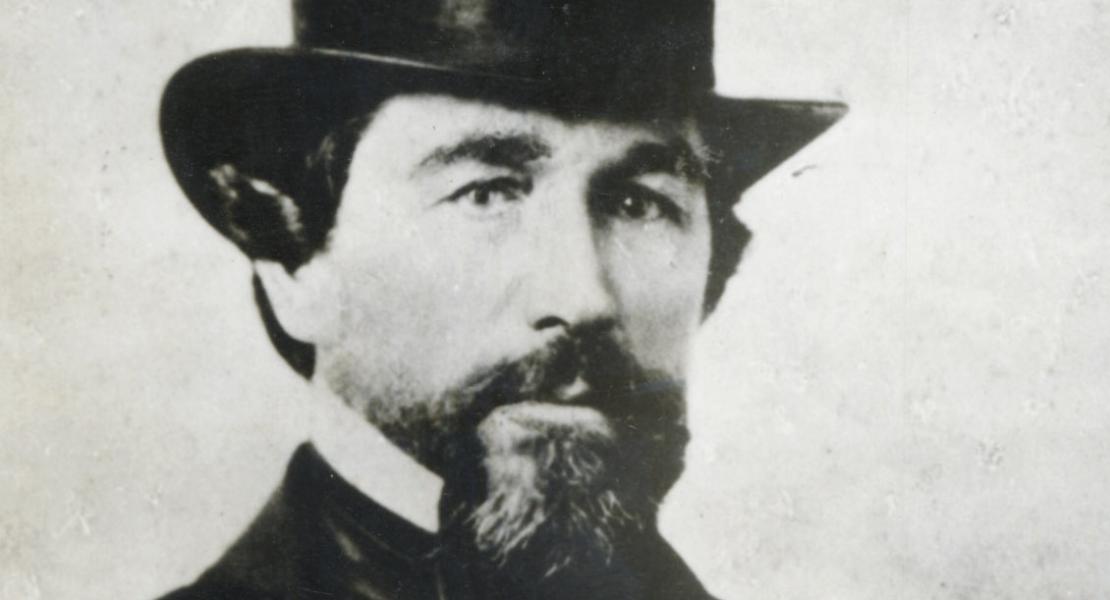 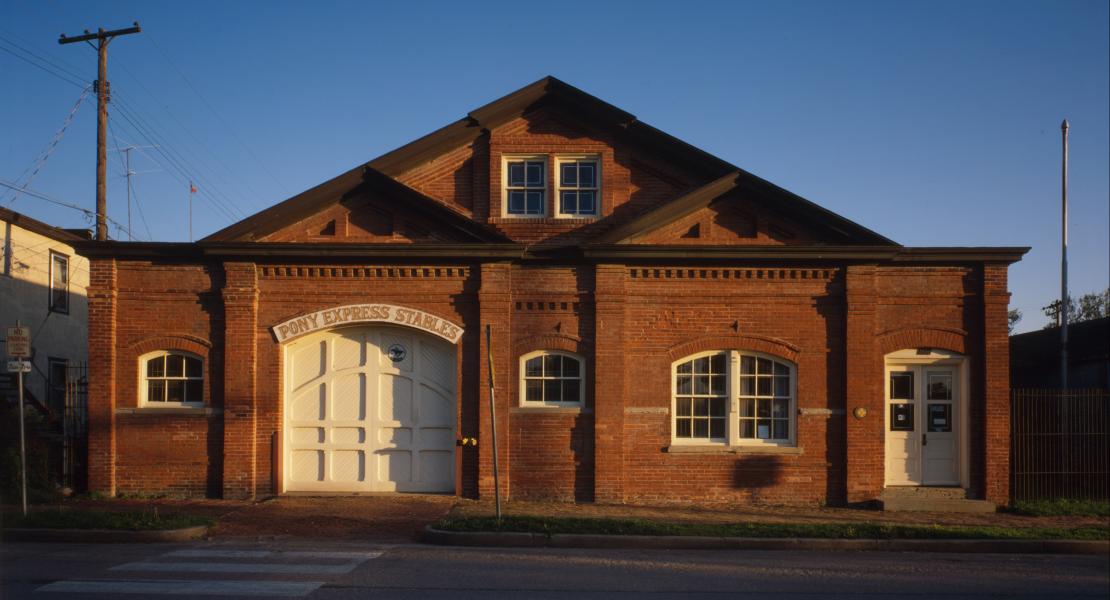 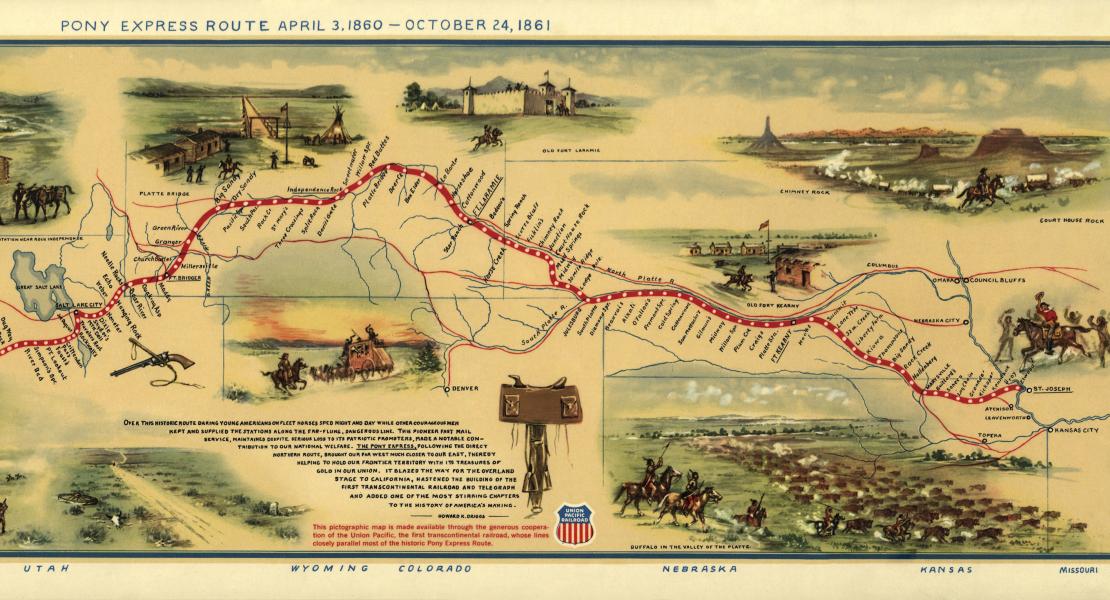 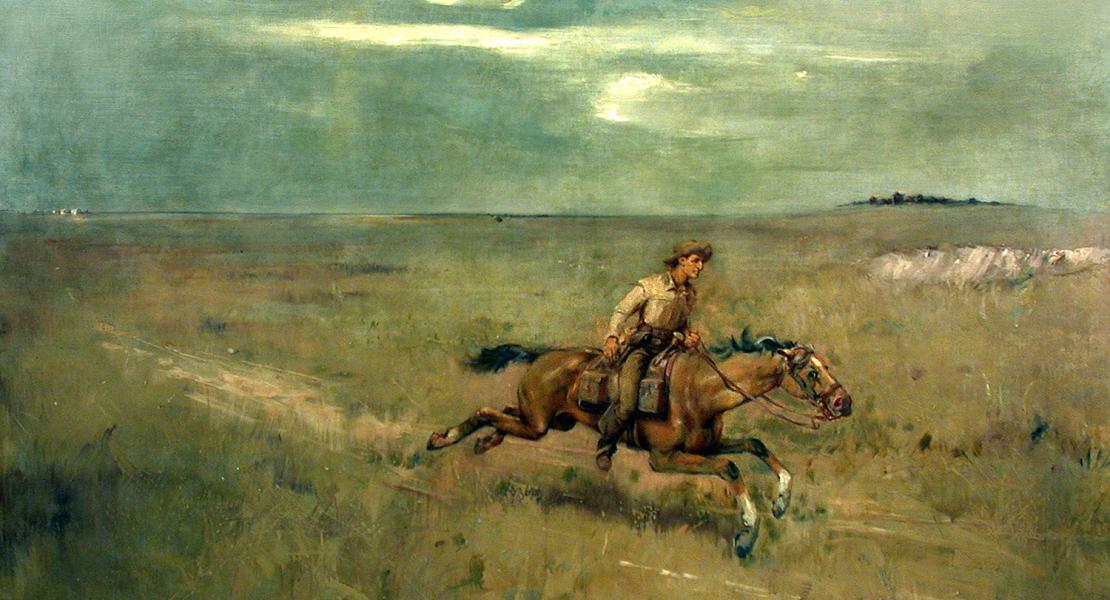 Those familiar with the Pony Express recognize Russell, Majors, and Waddell as the entrepreneurs behind the famous, if short-lived, venture. Overshadowed by his flamboyant partners, Alexander Majors conducted the firm’s overland freighting business. His activities placed him at the forefront of westward expansion, as witness and participant in some of the most celebrated events of the nineteenth century. He endured the rigors of the environment, but fared less well in the world of commerce.

Laurania Kelly Majors, daughter of Revolutionary War veteran Beil Kelly, bore her first child in Franklin, Kentucky, on October 4, 1814. She and her husband, Benjamin, named their son after his paternal grandfather, Alexander, who had farmed in North Carolina before moving his family to Kentucky.

In 1818 Benjamin Majors moved his young family of two boys and a girl to richer lands in the Missouri Territory. The following year they settled near Sni­-A-Bar Creek, approximately thirty miles south of the Kaw River near Fort Osage. Laurania Majors died in 1820, when Alexander was only six, from injuries sustained during the journey. The boy worked on the family farm throughout his youth, and by age twenty established his farm in Cass County, near the headwaters of the South Grand River.

On November 6, 1834, Majors married Catherine Stalcup, of Jackson County, Missouri. The Majors family grew quickly, and farming failed to provide a sufficient income. In the summer of 1846 Majors supplemented his income by trading goods on the Potawatomi Indian Reservation in what later became Kansas Territory. Two years later he tried his luck on the Santa Fe Trail. He set out in August 1848 with six wagons and six bullwhackers who pledged to conduct themselves as gentlemen while in his employ. The troupe completed the journey in record time, just ninety-­two days, and made a tidy profit.

In 1850 Majors expanded his business to ten wagons and accepted his first government contract to transport military supplies from Fort Leavenworth to Fort McKay in Kansas Territory. With the exception of 1852, he engaged in the freighting business from 1848 to 1867. His successful enterprise, which in 1854 included a carrying capacity of one hundred wagons, attracted the attention of William H. Russell, who offered partnership rather than competition.

Majors and Russell established their headquarters in Leavenworth, Kansas, two miles south of the federal supply depot. Russell engaged separately in a variety of entrepreneurial ventures with various partners, including William Bradford Waddell. Many of these undertakings saddled the partnership with additional debt, but engagements with Waddell merged smoothly with the freighting business. The trio conducted transactions under the name of Majors and Russell from 1855 to 1858, then operated as Russell, Majors, and Waddell through 1861.

Operations required the establishment of a second office, in Nebraska City, Nebraska Territory, which Majors staffed. His wife had died on January 14, 1856, so in 1858 he moved from Westport, Missouri, to Nebraska with his second wife, Susan Wetzel, whom he had married on March 23, 1857. Military efforts to subdue Native Americans and Mormons fed a steady demand for supplies, which the firm sometimes had trouble satisfying.

The business thrived, despite an increasing debt load and delivery problems. Russell expanded operations to include passenger service—with acquisition of a bankrupt stage line—and mail delivery through the Pony Express. By 1861 debt and technology ended the viability of Russell, Majors, and Waddell. The partners quickly separated, each struggling to salvage personal assets and shield themselves from ruin.

By then forty-seven years of age, Majors tried to reestablish his personal freighting business, but the task proved too great. He sold his business to Edward Creighton, champion of the telegraph, and took his family to Salt Lake City, where he lived from 1867 to 1879.

In Utah, Majors worked briefly on the transcontinental railroad and tried his hand at silver mining, with little success. He then moved to St. Louis for one year and settled in Denver for a brief period, from 1887 to 1891. While in Denver he wrote his memoirs, Seventy Years on the Frontier (1893), hoping to recoup some of his lost fortune. William “Buffalo Bill” Cody, a former Pony Express rider, found his past employer in poverty, funded the autobiography, and supported Majors through his final years.

Alexander Majors died in Chicago on January 13, 1900. By all accounts he was an honorable and compassionate man of deep religious conviction. Although fame came through the Pony Express, Majors merits greater recognition by virtue of his hard work, skill, and ambition. He saw the United States blossom from a fledgling republic to a burgeoning world power and aided its transformation by braving the American frontier.

Majors, Alexander. Seventy Years on the Frontier: Alexander Majors’s Memoirs of a Lifetime on the Border. Edited by Prentiss Ingraham. Chicago: Rand, McNally, 1893.