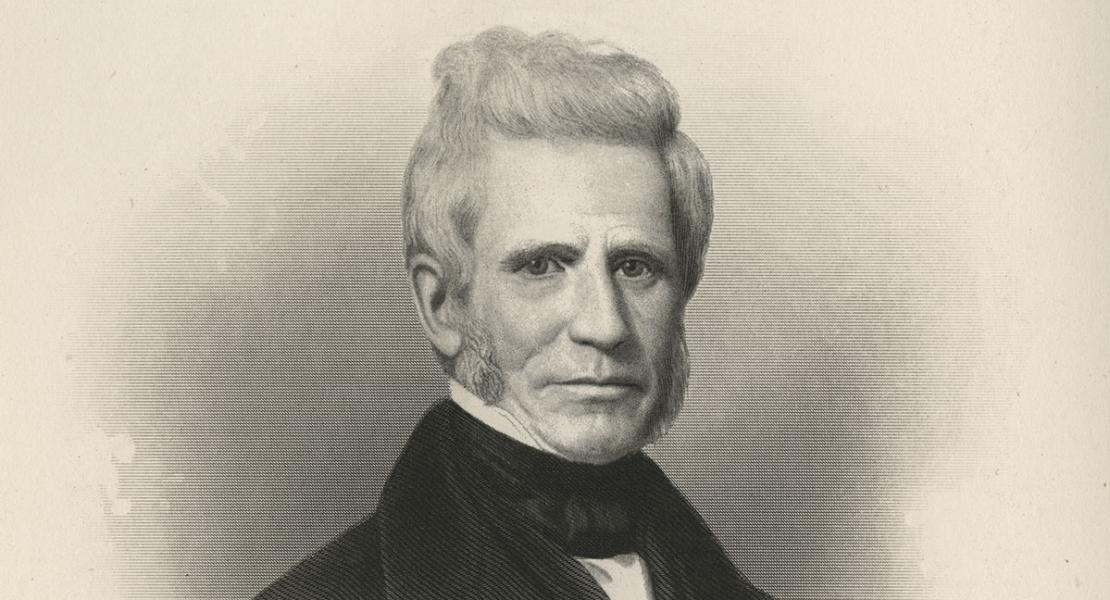 John O’Fallon, a St. Louis merchant, banker, and philanthropist, was widely praised after his death as a model of business success and civic spirit, the ideal “self-made man.” It was a reputation he had spent his life building. His father, Irish-born Dr. James O’Fallon, came west in 1789, dodging a tangle of bad debts, political intrigue, and land speculation gone awry in the Carolinas, to launch new schemes as a general agent of the South Carolina Yazoo Land Company. To strengthen his hand against his rival James Wilkinson, O’Fallon sought an alliance with Kentucky war hero George Rogers Clark. He married Clark’s sister Frances in 1791; on November 17, 1791, John O’Fallon was born. James died soon after the birth of their second child, Benjamin O’Fallon, in 1793, and the Clark family raised the two boys. By 1807 William Clark, then an Indian agent and later the territorial governor of Missouri, had assumed their formal guardianship.

Clark planned a career practicing law in Missouri for O’Fallon, and sent him to good preparatory schools in Kentucky. By 1811, however, O’Fallon had abandoned the plan and his studies. He experimented with his stepfather’s trade of merchant, then joined Colonel Joseph Daviess’s Kentucky volunteers in William Henry Harrison’s 1811 Indian campaign. During the War of 1812 he served as Harrison’s secretary and aide-de-camp, but by war’s end he had attained only the regular commission of captain in the Second Rifle Regiment.

Frustrated with his lagging military career, O’Fallon explored other options. While stationed at Fort Bellefontaine near St. Louis in 1817, he decided that Missouri’s expanding economy offered the quickest route to the wealth and status he so ardently desired. An energetic but fruitless campaign for a federal job in 1818 convinced him that his uncle William Clark could or would do little to further his prospects. O’Fallon then proceeded to build a network of his own influential contacts among high-ranking military officers, government officials, and the merchants in his stepfather’s family and their business associates. His efforts won him the lucrative contracts of sutler and paymaster to the 1818–1819 military expedition up the Missouri River.

O’Fallon held the joint appointment of sutler and paymaster to the upriver posts until 1823, engaged in the Indian trade and real estate investment on the side, and prospered through the hard depression years of the early 1820s. After 1823 his activities centered primarily in St. Louis and reflected the range of the city’s commercial life. Besides real estate investments, he bankrolled the mercantile firm of O’Fallon and Keyte, developed a large farm and orchard, sold lead and other local products to the East, distilled whiskey for the local market, engaged in banking, served in both houses of the state legislature to get favorable monetary legislation passed, served as an adjutant general of the state militia (primarily for the salary, his letters seem to indicate), and acted as the St. Louis agent for several eastern commercial houses, most notably the Philadelphia firm of Comegys and Company.

By the early 1830s, O’Fallon was wealthy and so highly respected in St. Louis that not even business failure could tarnish his image. Appointed president of the St. Louis branch of the Bank of the United States in 1829, he managed the bank skillfully and profitably. He could not forestall closure when his branch fell victim to Andrew Jackson’s crusade against the bank, but his conservative policies kept losses to a minimum and preserved the bank’s reputation in Missouri. He remained closely associated with St. Louis banking for the rest of his life, serving as a director of the State Bank of Missouri and associating with various private banks over the years.

O’Fallon took an active role in Whig politics in the 1840s, hoping to repair the fiscal damage done by Jacksonians to Missouri and the nation. After the disintegration of the Whig Party, he generally retired from politics, but continued his efforts to bring railroads to Missouri. In the 1850s he served as president of two railroad companies, the Ohio Mississippi and the North Missouri. The railroad towns of O’Fallon, Missouri, and O’Fallon, Illinois, are named for him.

O’Fallon’s sense of status required more than merely the accumulation of wealth. By the 1860s, when his personal fortune reportedly reached $8 million, he had given away perhaps as much more in charitable donations and civic and philanthropic projects. Besides large contributions to churches and private charities and aid to individuals, he built St. Louis Medical College, endowed O’Fallon Polytechnic Institute, donated a fortune in real estate to Saint Louis and Washington Universities and the city of St. Louis, and engaged in numerous civic projects over the years.

O’Fallon married twice, first in 1820 to Harriet Stokes, a wealthy English emigrant. Her brother William Stokes was involved in a notorious St. Louis divorce case in 1821–1822, but the impact of this scandal was more than balanced by the value of the Stokes fortune to a fledgling businessman. The two daughters of that marriage died in childhood, and Harriet O’Fallon died in 1826. In 1827 O’Fallon married Caroline Sheets, the daughter of a wealthy Baltimore merchant family with a sizable fortune of her own. After John O’Fallon’s death on December 17, 1865, she continued his philanthropic projects in St. Louis. The couple had four sons—James, Benjamin, Henry, and John Julius—and a daughter, Caroline, who married the noted St. Louis physician and teacher Charles A. Pope.