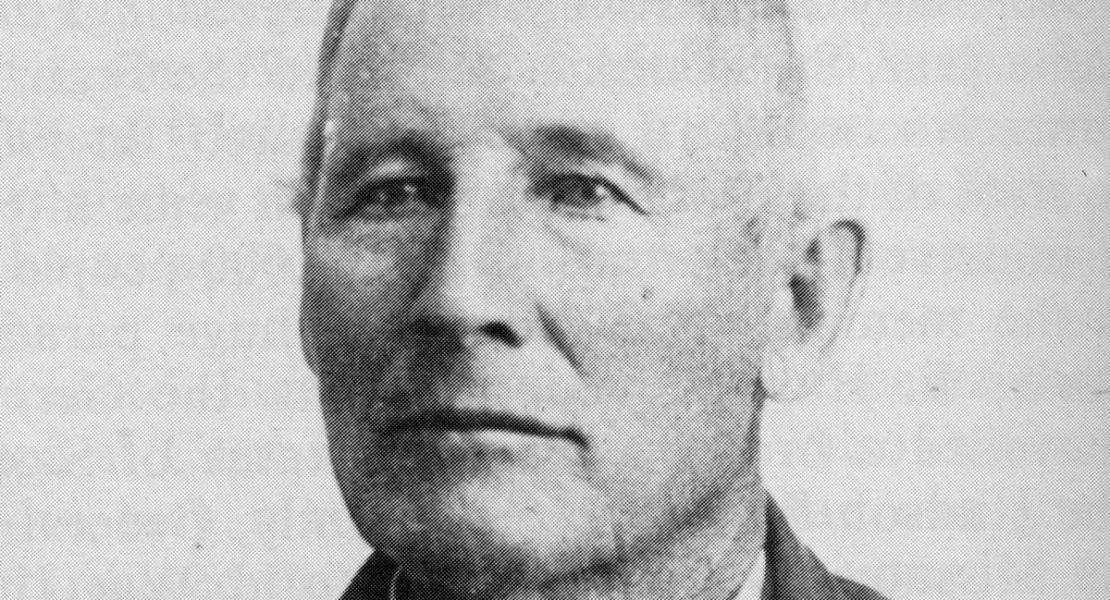 Born in 1820, Theodore Russell was the third son of Cyrus and Rebecca Russell, who emigrated with a large family from the Connecticut River valley to Missouri’s Arcadia valley in 1838. Lured by a kinsman’s land speculation in Missouri’s famous iron deposits, they were minor shareholders and participants in a model urban dream named Missouri City that was projected to be a great new industrial town. Missouri City failed, but the Russells decided to stay.

Theodore Russell, like the other men of the family, had a classical education and a vision for social and institutional progress on the frontier. During the 1850s and 1860s he worked in the woods at the family sawmill, contracted for agricultural products sold to the Pilot Knob iron mine, managed his commercial orchard, and became a county official. Like all his siblings, he lived on a farm given to him by his parents, enjoying the luxury of never working for wages and priding himself on being a “book farmer.” To the chagrin of his father, Russell never busily pursued profits to invest in land speculation, writing that “the opportunity of earning more was less attractive than that of working less.”

Russell gained a great reputation as a storyteller, eventually writing a local newspaper column titled “Old Times” from 1884 until his death on February 26, 1899. He wrote of his boyhood in the East, late antebellum society in southeast Missouri, hunting in the great Ozarks outdoors, and timber and landscape, and completed a travelogue of his railroad trips to St. Louis during the late nineteenth century. His writings provide an important account of frontier society, institutions, and material culture, as well as reflections upon the evolution of a preindustrial world into an industrial one that had significant economic ties to St. Louis.

Russell was a sickly child and grew up skilled in domestic arts such as cooking and sewing. Ever cognizant of his “boy-girl childhood,” he took a doctor’s advice to “rough it” in the outdoors rather than risk “never becoming a man.” As a member of a family secure in land and the leisure it provided, Russell pursued the remedy for his poor health by developing a passion for hunting and the natural environment.

Describing himself as a “naturalist,” Russell claimed that his goals in an outdoor life included education, moral self-improvement, recreation, and market hunting. He was the family hunter and proudly sported the nickname “Old Boone.” He sought the wisdom of older, experienced hunters and spent large amounts of time in the hills and valleys surrounding the Arcadia valley. He reveled in hunting exploits, especially during the 1870s after the extension of the St. Louis and Iron Mountain Railroad. Modern rail transportation opened an unprecedented game harvest, an opportunity not lost on Russell. He recorded killing as many as eighty deer in one week and, while admiring the new innovation of repeating Winchester rifles, boasted that if only he could have had one he would not have left many deer in the woods.

Russell’s experience as a naturalist challenged him to reflect upon the dramatic environmental changes that he witnessed. While he was a romantic champion of open range, stock herding, and market hunting, he was a vocal supporter of modernity. While musing about an Edenic Ozarks, he called for an active government that regulated the natural world to support hunting for sport and large-game populations for naturalists.

Russell advocated self-sufficiency and small-town culture. He felt that the railroad offered great opportunity in independence and new economies for the working class. While he extolled modernity’s virtues, he criticized labor-saving agricultural machinery as it began to reduce seasonal work and brought poverty upon squatters conditioned to open-range lifestyles. He bemoaned the circumstance as youths migrated to the cities to find factory work. His anxiety about the erosion of past lifestyles while accepting much of the new was typical of many of his era, but was rarely reflected upon so much in personal writings.