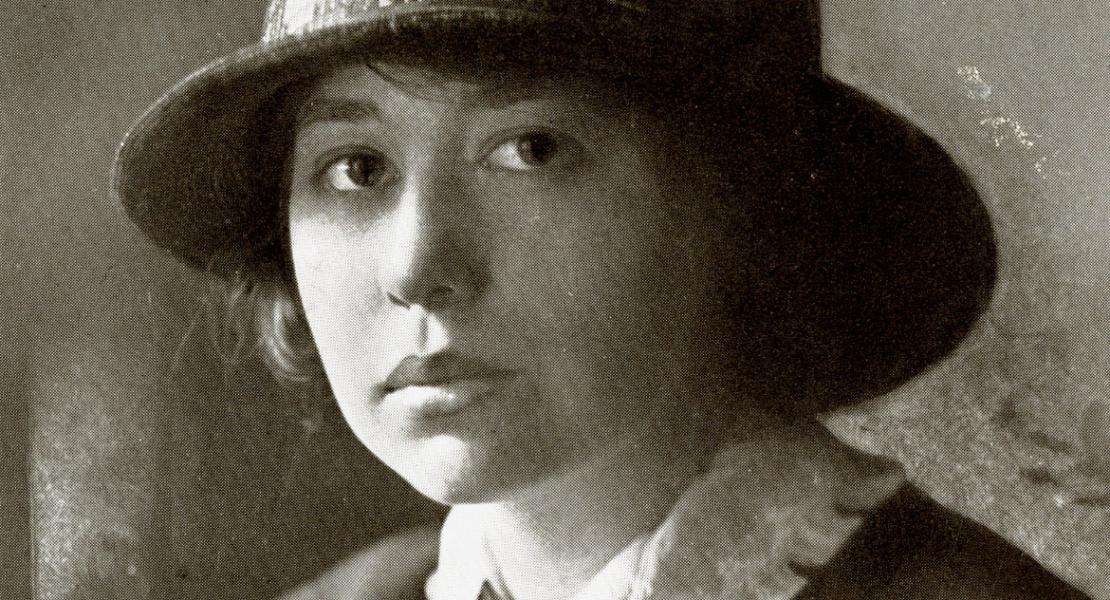 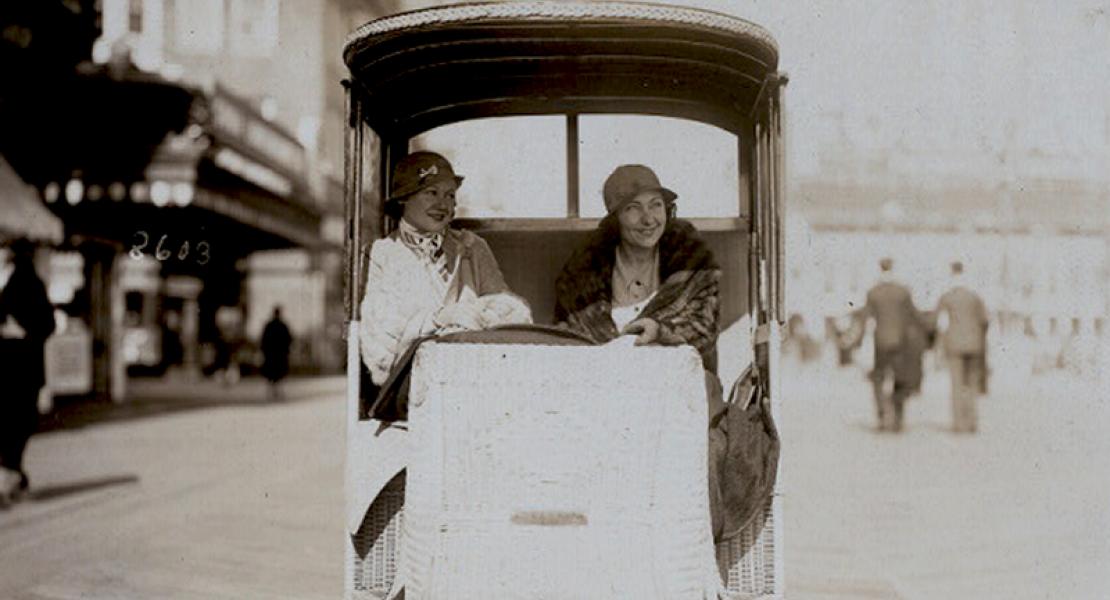 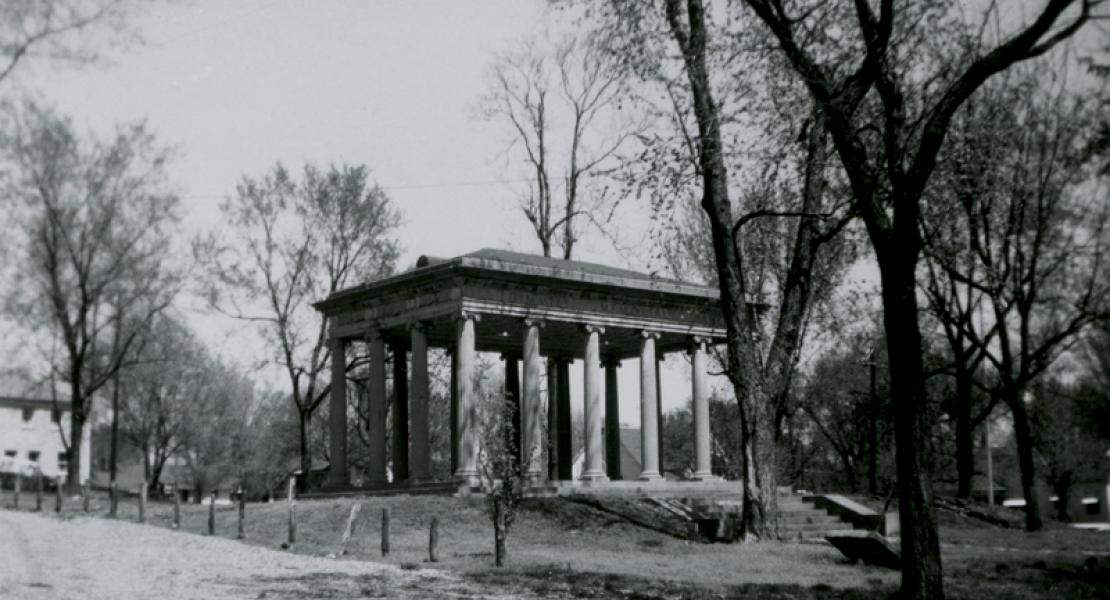 Zoë Byrd Akins was born on October 30, 1886, in Humansville, Missouri, the second of three children of Thomas Jasper and Sarah Elizabeth Green Akins, who was for many years the chair of the Missouri Republican Party. Through her mother, Akins claimed kinship to a number of prominent Americans, including George Washington and Duff Green.

When her family moved to St. Louis just before the turn of the century, Akins was sent to be educated first at Monticello Seminary in Godfrey, Illinois, and later to Hosmer Hall, a preparatory school in St. Louis. While a student at Monticello Seminary, Akins wrote her first play, a parody of a Greek tragedy. While attending Hosmer Hall, she attended Saturday matinees every weekend. By the time she graduated from Hosmer Hall in 1903, she knew that she wanted a career in the theater, and she considered both acting and writing. In 1905 she acted walk-ons for several weeks with the Odeon Stock Company in St. Louis. Although for a few years she continued to act, she knew that her main talent lay in writing lines rather than in performing them.

By 1910 Akins had turned her attention to dramatic writing, the work for which she became best known professionally. Her early plays include Iseult, the Fair (which Akins dated from 1905), The Learned Lady: A Comedy in Three Acts (copyrighted 1910), Such a Charming Young Man (first produced in 1915), and A Portrait of Tiero (an adaptation of a 1915 story). Her first published play, Papa: An Amorality in Three Acts (1913), was chosen for the important Modern Drama Series published by Mitchell Kennerley and edited by Edwin Bjorkman. It was subsequently produced in Los Angeles in 1916, and then on Broadway with limited success two years later. Akins’s first New York City production was her verse play The Magical City, produced by the Washington Square Players in 1915.

Meanwhile, Akins was also writing theater and music reviews for several St. Louis newspapers and weekly magazines. A first collection of her own poems, Interpretations (1912), was published in England and the United States. These poems, like those collected twenty-five years later in The Hills Grow Smaller, exhibit Akins’s distinctive interest in lyric poetry and the dramatic monologue written chiefly for historical and fictional women characters.

William Marion Reedy, editor of Reedy’s Mirror, the important St. Louis weekly that was distributed in the United States and abroad, asked Akins to write a series of critical essays on the new poetry. From February 19 to August 13, 1915, she wrote twenty-three weekly essays, collectively titled In the Shadow of Parnassus: A Critical Anthology of Contemporary American Poetry. The series featured work by more than sixty poets whose poetry was beginning to appear in the years just before World War I, including Robert Frost, Amy Lowell, Edgar Lee Masters, Edna St. Vincent Millay, Ezra Pound, Edwin Arlington Robinson, Carl Sandburg, and Sara Teasdale. Akins focused her attention on the new young poets of her generation. Many of them came from the Midwest, a region that was developing a self-conscious sense of its literary identity in competition with the East and West Coasts. Akins and her contemporaries aimed to revitalize the stale conventions of Victorian poetry by returning American poetics to their revolutionary roots in Walt Whitman and Emily Dickinson and making connections with other experimental verse forms worldwide.

Akins continued to live and work in Jennings, near St. Louis, and to visit New York City during the winter theater seasons. In 1919 she moved to Manhattan following the publication of her first novel, Cake upon the Waters, and the success of her first Broadway hit, Déclassée, a melodrama cast auspiciously with Ethel Barrymore in the starring role of Lady Helen Haden. Déclassée introduced one of Akins’s classic female protagonists, a flamboyant and glamorous, yet delicately sentimental, character caught in a tug-of-war between high romance and high principle.

In 1930 William Harris Jr. produced Akins’s original farce The Greeks Had a Word for It, which was about a trio of Great Depression–era gold diggers; it ran for more than two hundred performances and remains her best-known play. The actresses and actors cast in her plays—Emily Stevens, Marjorie Rambeau, Frank Conroy, Cyril Knightley, Laurette Taylor, Elsie Ferguson, and Fay Bainter among them—indicate the measure of Akins’s box-office appeal.

Akins’s interest in varieties of dramatic writing led her to lucrative associations with Hollywood film companies. By the mid-1920s film companies were buying screen rights to her plays, including Déclassée and Daddy’s Gone A-Hunting. For The Moonflower, filmed as Eve’s Secret in 1925, Akins was paid eight thousand dollars, then a substantial sum. And in 1930 Samuel Goldwyn paid her ten times that amount for The Greeks Had a Word for It. In 1929 Akins moved to California and became a valuable screenwriter as sound transformed the art of motion pictures. Between 1930 and 1938, Akins wrote or collaborated on thirteen screenplays, with another eight films credited to her stories or other material. Akins received screenplay credit for Anybody’s Woman, The Right to Love, and Sarah and Son (1930); Once a Lady, Working Girls, and Women Love Once (1931); Christopher Strong (1933); Outcast Lady (1934); Camille and Lady of Secrets (1936); The Toy Wife and Zaza (1938); and Desire Me (1947). Movies based on her work include Morning Glory (1932), notable for Katharine Hepburn’s Oscar-winning performance, Girls about Town (1931), and The Greeks Had a Word for Them (1932). Greta Garbo, Ruth Chatterton, Kay Francis, Billie Burke, Herbert Marshall, Melvyn Douglas, Douglas Fairbanks Jr., Joel McCrea, and Frederic March starred in her films. And Akins worked with such able and innovative directors as Dorothy Arzner and George Cukor.

Throughout the Hollywood years, Akins continued writing for the stage. The Old Maid, her adaptation of Edith Wharton’s novella, was a Broadway success starring Judith Anderson and Helen Menken. The play won Akins the 1935 Pulitzer Prize in drama. The following year O Evening Star! played on Broadway, and two years later an adaptation, I Am Different, toured without reaching New York City. The year 1941 saw the production of her adaptation of Claude-Andre Puget’s story, The Happy Days, and the publication of a second novel, Forever Young. Mrs. January and Mr. Ex- (1944) was her last Broadway play. Yet, until her death, Akins continued writing. She wrote plays produced by midwestern theater companies, collaborated with a composer on a musical version of her play The Varying Shore, worked on Hollywood film projects, wrote scripts for radio and television programs, and wrote substantial portions of a St. Louis novel, “The White Doe,” and her memoirs, “Others Than Myself.” She died on October 29, 1958.

Zoë Akins was a professional writer for more than fifty years. She lived at Green Fountains, her Pasadena home, and remained unmarried until her mid-forties, when in 1932 she married Hugo Rumbold, a British theatrical designer, artist, and lieutenant in the Grenadier Guards who died eight months later. Throughout her career, Akins wrote in all the major literary genres: drama, poetry, fiction, and nonfiction prose. A promising young writer in St. Louis, later productive in both New York City and Hollywood, she epitomizes the new professional woman writer of the first half of the twentieth century. The woman who works, Akins once observed, is the “new romantic heroine of our time.” She might well have been describing herself.

Jennifer Westbay is a lecturer for Writing Programs in the Humanities Division of UCLA.

Catherine N. Parke is professor emerita of English and women’s studies at the University of Missouri in Columbia.