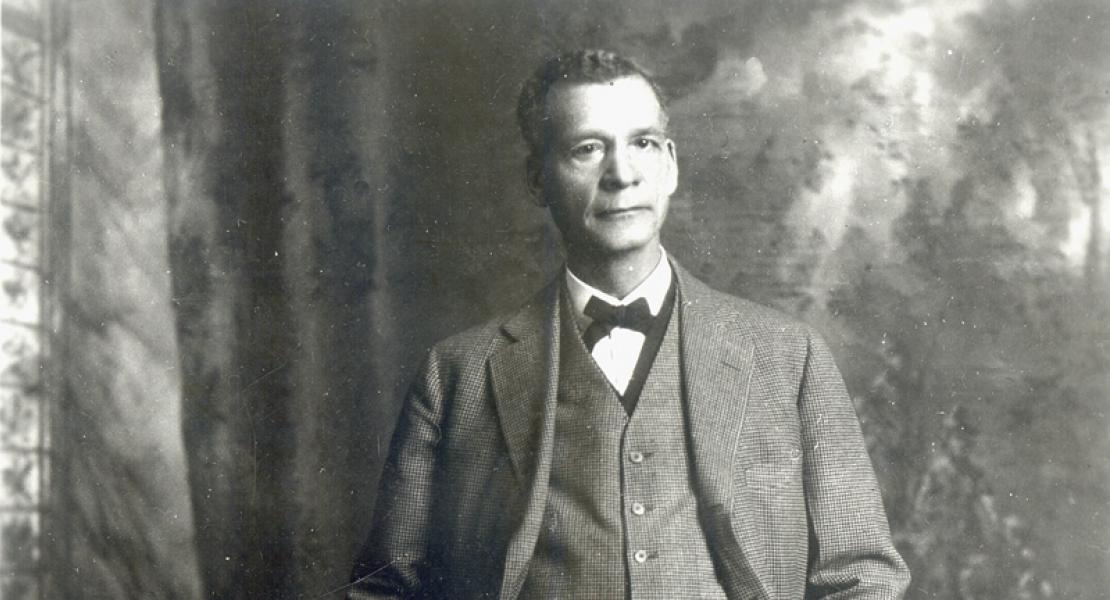 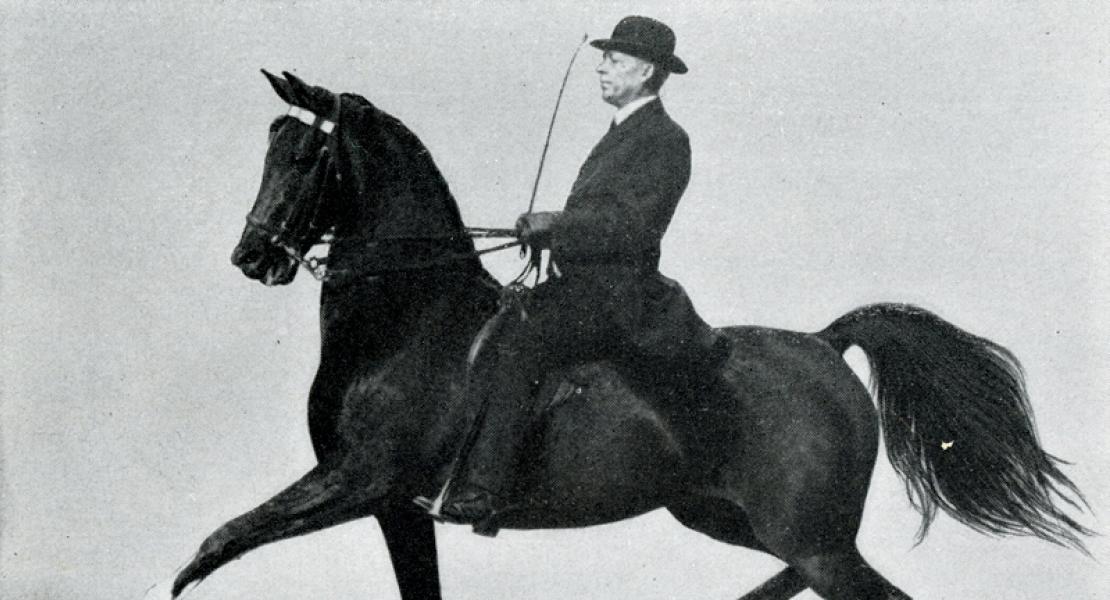 By popular consensus, Tom Bass was one of the most skillful and popular horsemen of his era. At the time of his death in 1934, his home in Mexico, Missouri, was overflowing with awards he had collected over a lifetime as a rider and trainer of fine show horses.

Born a slave on the Hayden plantation in Boone County, Missouri, on January 5, 1859, Bass was the child of his owner, William H. Bass, and an enslaved girl, but he was raised by an enslaved couple on the plantation, Presley and Eliza Grey. It was on the Bass estate that Tom Bass gained his early understanding of animals, first with cattle, then with horses. Bass’s early years are somewhat of a mystery, but it appears that he began his career handling horses in Mexico. He eventually found employment training and selling horses for the Mexico Horse Sales Company.

During these early years his expertise with horses became widely recognized. Riders throughout the state and the region discovered it was wise to ask his advice before making an expensive purchase, and Bass rarely failed them. He had the apparent ability to judge what would and would not make a fine show horse. During this period he also developed the Tom Bass horse bit, which helped prevent injury to horses during training. The “Bass bit,” as it came to be called, is still considered standard equipment in many stables today.

By the late 1880s, Bass’s skill and knowledge had come to the attention of a group of prosperous businessmen in Kansas City, Missouri, who asked if he would take charge of their stables. Apparently, these boosters wanted to make Kansas City as important an equestrian center as its rival city, St. Louis. Bass agreed, and he and his wife, Angel, relocated. In Kansas City, Bass added to his reputation as he busied himself training horses and riders for the city’s local elite. It has been suggested that Bass personally trained Loula Long Combs, at one time one of the nation’s top female equestrians. He also won many prizes and widespread acclaim as a horse trainer and rider of outstanding ability.

Bass’s national reputation was established when he represented Missouri at the World’s Columbian Exposition in Chicago in 1893, where he drew widespread acclaim for his gentle gliding style. Afterward, the wealthy and powerful sought out Bass for advice and instruction. Subsequently, he counted among his personal friends many famous individuals, including Buffalo Bill Cody, William Jennings Bryan, and Will Rogers. He also came into contact with notable figures such as Presidents Calvin Coolidge, William McKinley, and William Howard Taft.

Bass trained many great horses as well as riders, including Rex McDonald, a famous champion show horse born in Missouri. One of Bass’s most famous mounts, Belle Beach, was a nationally recognized “high school” horse that amazed and amused audiences for years. One of his favorite routines was to ride Belle Beach into an arena accompanied by martial music, run the horse into a low bow and then a curtsy, have her lie down, and finally get the animal to dance a waltz or foxtrot.

In 1897 Bass was asked to participate in a show at Madison Square Garden in New York City. He consented and became the first African American to perform there. He was also invited to perform in the prestigious Royal Horse Show in London, England.

Bass was also instrumental in developing what has become a national institution, the American Royal Horse Show, in Kansas City, for which he performed until 1928. The show has, over the years, become an important event in the equestrian world. After spending much time and energy making Kansas City a focal point for equestrianism, Bass decided to return to Mexico, Missouri, where he spent the remainder of his career doing what he loved best: working with fine horses. However, it is difficult to say that he lived anywhere permanently, as he was constantly on the road traveling from one engagement to another. In so doing, he was instrumental in making Mexico the “Saddle Horse Capital of the World.”

Bass was an exceptional character in Missouri history. He began his life as a slave and ended it as a nationally recognized equestrian artist. It is remarkable that he did all of these things in an era with a particularly unfriendly racial atmosphere, and that he was able to win the respect of both whites and blacks throughout the country. Bass died at his home in Mexico on November 4, 1934, at the age of seventy-five.