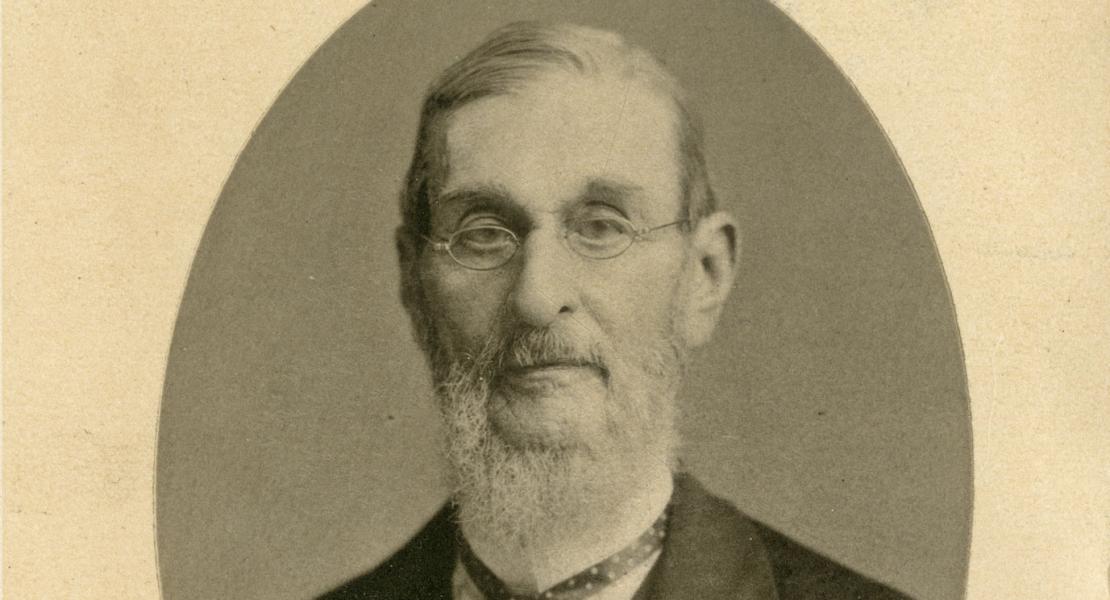 Frederic L. Billon’s amateur antiquarian pursuits in the mid-nineteenth century resulted in the production of highly successful works about St. Louis that are still useful for historians. Born in Philadelphia on April 23, 1801, the son of Charles F. Billon, a Swiss jeweler, silversmith, and watch dealer, he emigrated with his family to St. Louis in 1818 during financial hard times. As a teenager Frederic entered the family business and soon assumed sole management of its affairs.

Billon’s long life in St. Louis spanned the end of the territorial period to the years immediately preceding the turn of the twentieth century. When he died in St. Louis on October 20, 1895, he was the city’s longest resident. His position as a member of the pioneering generation placed him in a good position to document the history of the city he called home. One of his earliest writings, a diary of his 1818 journey from Philadelphia to St. Louis titled Reminiscences of Our Removal to St. Louis, briefly describes the early settlements in Illinois and Missouri.

As a prosperous young shopkeeper selling fancy goods, Billon came to know the first citizens of the bustling little town of St. Louis. The optimistic, handsome young merchant made friends easily. In his youth he joined the dashing St. Louis Grays, an early militia guard composed of the city’s most prominent male citizens.

In the late 1820s Billon became active in St. Louis government and civic affairs. He was an alderman and twice held the office of comptroller. As leaders in the growing city put their energies behind railroad promotion and enterprise, Billon became involved in the development of the Missouri Pacific Railroad, holding financial posts with the company in the key decade of the 1850s. Like so many other St. Louisans of his day, the West beckoned him, at least briefly. In 1834 he left his business activities to make an overland trip to Santa Fe and the Rockies. Clearly, he was fascinated with St. Louis’s potential for economic leadership within a vast inland empire.

A keen observer of St. Louis and its citizens for many generations, Billon was consumed with collecting and compiling data on the city’s early history. He became St. Louis’s unofficial archivist and historian. He used interviews with early inhabitants, research in territorial archives, scattered diaries, scrapbooks, journals, and other manuscript records to produce a detailed and useful chronology of early St. Louis. His two classic works were published late in life, Annals of St. Louis in Its Early Days under the French and Spanish Dominations, 1764–1804 (1886) and Annals of St. Louis in Its Territorial Days from 1804 to 1821 (1888).

Although Billon’s historical works are only loosely organized by date and subject, nonfocused, and lacking in analysis, they remain valuable sources containing documentary details about the city’s physical appearance and its early inhabitants. Today Billon’s Annals can still be consulted profitably for information about early life in St. Louis and Missouri.

As a young pioneer looking for a home in the Far West, Billon grasped the potential of the city he saw in its infancy. He had the energetic drive and intellectual resources to produce extensive texts that became hallmarks in the historiography of St. Louis. His Swiss background, fluency in French, and likable manner won over the old French families. They shared with him the memories, traditions, and documents of the colonial era, which make up some of the most useful data in his Annals. By working with original documents, letters, and other archives, as well as massive amounts of printed historical materials, Billon earned the title of St. Louis’s first true chronicler. As he put it in the preface to his Annals, he “presented the facts in all cases as I found them.” He verified these facts to the extent of his untrained capabilities and thus produced a useful documentary history and profile of St. Louis’s first century.