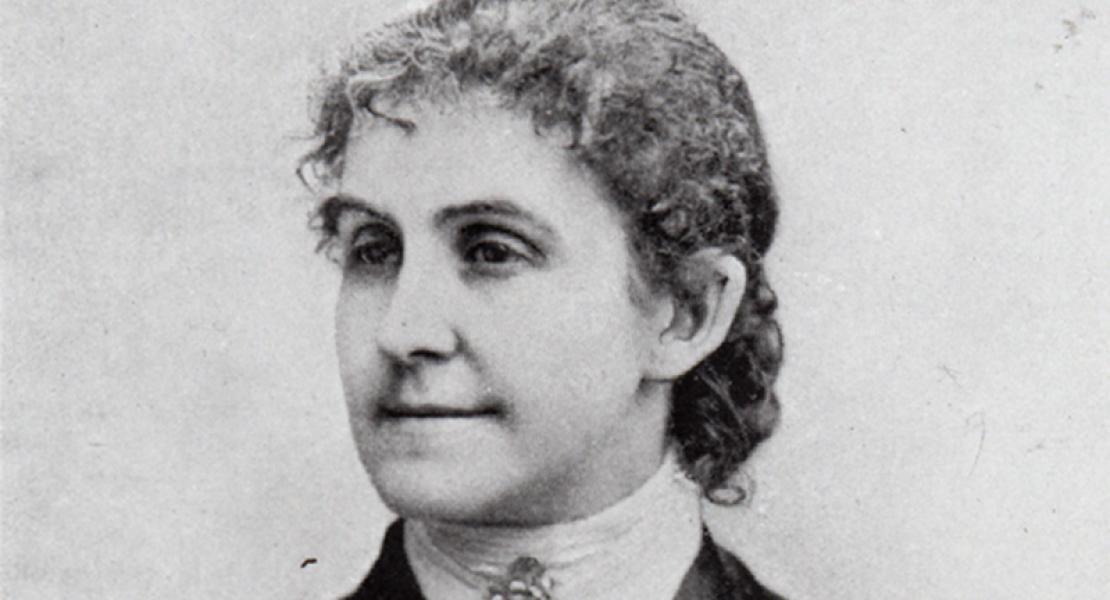 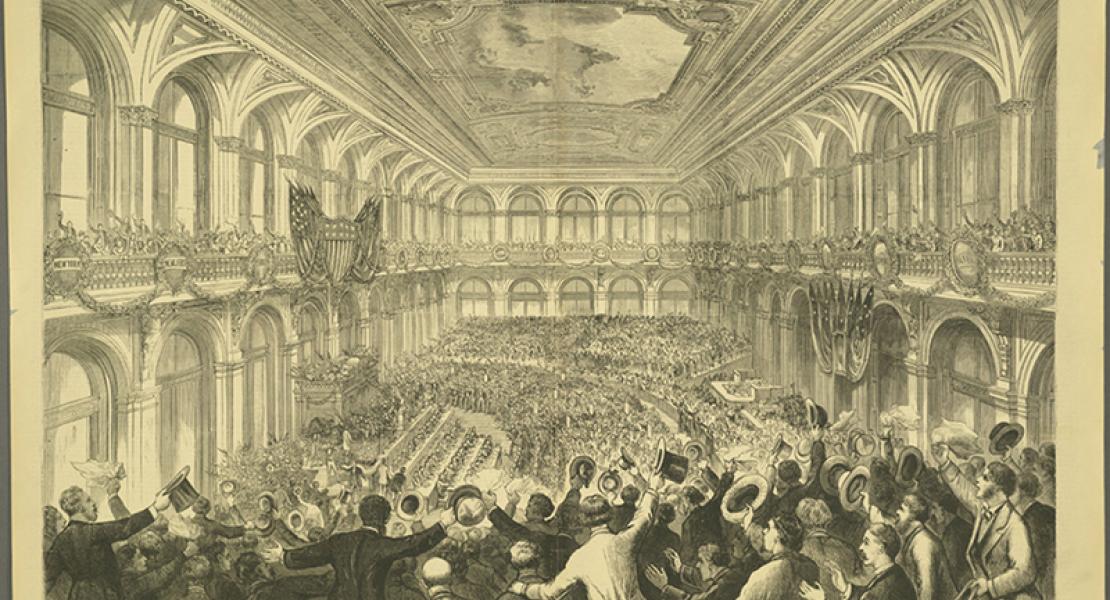 Phoebe Wilson Couzins, a lawyer and suffragist, was born on September 8, 1842, to John Edward Decker and Adaline Weston Couzins. She graduated from the St. Louis public high school at fifteen and taught Sunday school at the Second Baptist Church. Her father was chief of police in the city during the Civil War, and her mother served as a nursing volunteer for the Ladies’ Union Aid Society, escorting wounded soldiers back to St. Louis after battles. An ardent Union supporter and always a notably striking woman, Couzins served as the queen of flowers at a fund-raiser given to aid the Western Sanitary Commission in June 1863, leading her flower maidens through their dances with “great vivacity and ability.”

In 1869 the Washington University Law School admitted Couzins, becoming one of the first schools in the country to offer a woman an education in jurisprudence. She graduated in 1871 and, in the course of her life, was admitted to the bar associations of Missouri, Arkansas, Utah, and Kansas, as well as the Dakota Territory federal courts. Although Couzins never practiced law professionally beyond a two-month period in 1884, she was the second woman in the United States to graduate from law school, the second admitted to a bar association, and the third allowed to practice law nationwide. At her graduation celebration, she explained her motivation for earning a law degree, claiming to be spurred “solely by a desire to open new paths for women, enlarge her usefulness, widen her responsibilities and to plead her case in a struggle which [she] believed surely was coming.”

Couzins’s motivation also rested on her mother’s relief efforts during the war, a fact she forcefully attested to in a speech at Independence Square in Philadelphia during the United States’ centennial celebration on July 4, 1876. A member of the Woman Suffrage Association of Missouri until she resigned when it aligned itself with the American Woman Suffrage Association in 1871, Couzins served as a delegate to the American Equal Rights Association convention held in St. Louis in October 1869. Susan B. Anthony was present, and after the convention Couzins joined with Anthony and Elizabeth Cady Stanton to form the more radical National Woman Suffrage Association. She lectured extensively to full houses around the country and served as an association delegate at both the Democratic National Convention in St. Louis in June 1876 and the centennial celebration.

After the American and National associations merged in 1890, Couzins’s participation in the suffrage movement effectively declined, owing not only to her earlier censure of the American organization but also to her resentment of the wealth and social position of the new wave of feminists. Couzins’s increasing intractability also contributed to her decline. As one of two delegates to the Board of Lady Managers of the World’s Columbian Exposition at Chicago in 1890, she was summarily dismissed from her paid job as secretary after she attempted to control the chair and others on the board. By the late 1890s, Couzins’s disillusionment with suffrage and its attendant priority, temperance, was complete, and she briefly renounced both causes and accepted a position as a lobbyist and lecturer for the United Brewers’ Association in 1897.

Although the brewers did not drop her from their payroll until 1908, Couzins retracted her renunciation of women’s rights activities at the Church of the West in Kansas City in 1902. She confessed her feeling of “shame” for “slurring” those “noble women” in the movement and added a comment of portentous significance for twentieth-century women: “Until we are large enough to think of mind, of genius, of ability without the consciousness of sex, we are yet in the infancy of our development, we belong in kindergarten.” Couzins delivered this speech on crutches, suffering from yet another bout of the debilitating arthritis that eventually forced her to solicit financial assistance from St. Louis friends such as I. H. Lionberger and William Bixby.

Couzins continuously maintained close ties with St. Louis and attended her father on his deathbed, cooling him with five hundred pounds of ice, in August 1887. After he died, she succeeded him for two months as the first female US marshal. Despite her national reputation as a suffragist, many years on the lyceum circuit, and numerous articles published in St. Louis newspapers, Couzins died penniless on December 6, 1913. A friend paid for her funeral, and she was buried at Bellefontaine Cemetery with her US marshal’s badge pinned to her chest. In June 1950 Missouri’s women lawyers acknowledged Couzins’s many groundbreaking contributions by erecting a simple stone monument on her previously unmarked grave.