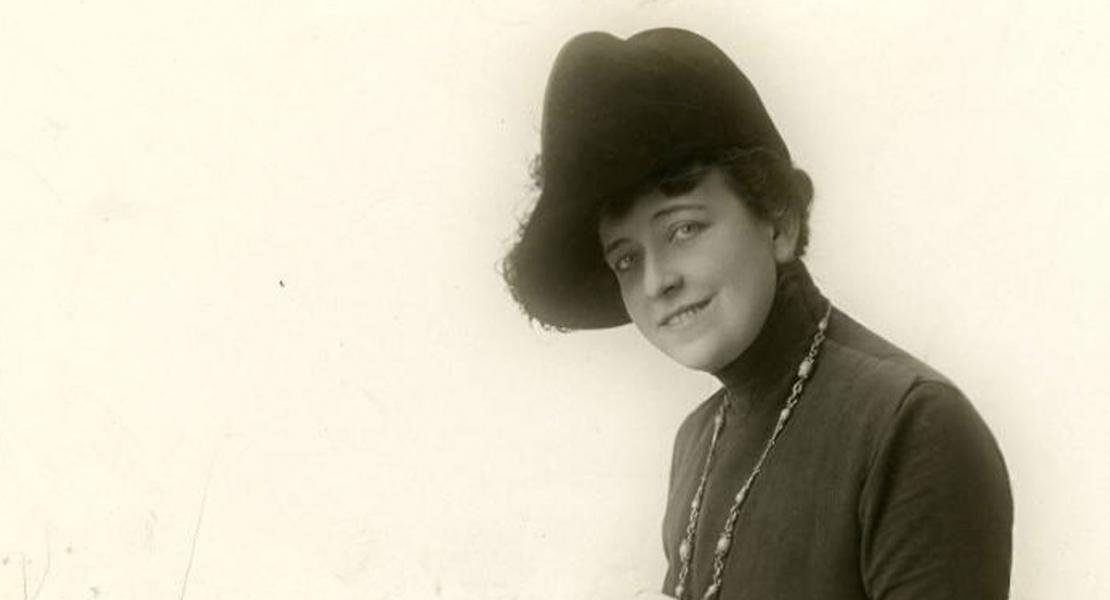 Jane Darwell, a pioneering film actress whose career spanned more than sixty years, was born Patti Woodward on October 15, 1879, in Palmyra, Missouri, where her family maintained a summer home. Her father, W. R. Woodward, served at various times as president of the Louisville and Southern Railroad and the Toronto, Hamilton and Buffalo Railroads, and her mother, Ellen Booth Woodward, was the daughter of a Presbyterian minister in Seymour, Indiana. Darwell had two older brothers.

Darwell’s family moved from Louisville to Chicago when she was four years of age. She went to Douglas Public School, Miss Loring’s private school, Miss Annie Nell’s school in Louisville, and graduated from the exclusive Dana Hall in Boston, where she studied voice and piano.

Darwell joined a stock company at the Chicago Opera House in 1906, and at the end of her engagement she went to Europe on a trip with her father. Upon her return she played with various stock companies throughout the country, assuming the stage name of Jane Darwell. She entered motion pictures in the early silent days in 1914 and appeared in several Cecil B. DeMille productions. In 1915 she accepted an offer from the Bert Lytell and Evelyn Vaughn stock company and appeared at Alcazar Theater in San Francisco in The Only Son. The company later traveled to Hawaii.

Darwell appeared in more than two hundred feature films, but her best-known role was that of Ma Joad in John Ford’s screen version of John Steinbeck’s Grapes of Wrath, for which she won the 1940 Academy Award for best supporting actress. She always contended that it was her favorite role. She once commented that she nearly always played grandmothers and housekeepers. “I’ve played Henry Fonda’s mother so many times that he calls me ‘Ma’ and I call him ‘son,’” she said. Her last movie role was as the “Bird Woman” in Mary Poppins in 1964. Some of her best-regarded films were The Ox-Bow Incident, Jesse James, Gone with the Wind, Huckleberry Finn, Back Street, Tender Comrade, and Sunday Dinner for a Soldier.

Darwell died of a heart attack at the Motion Picture Country Hospital in Woodland Hills, California, on August 13, 1967, at the age of eighty-seven.