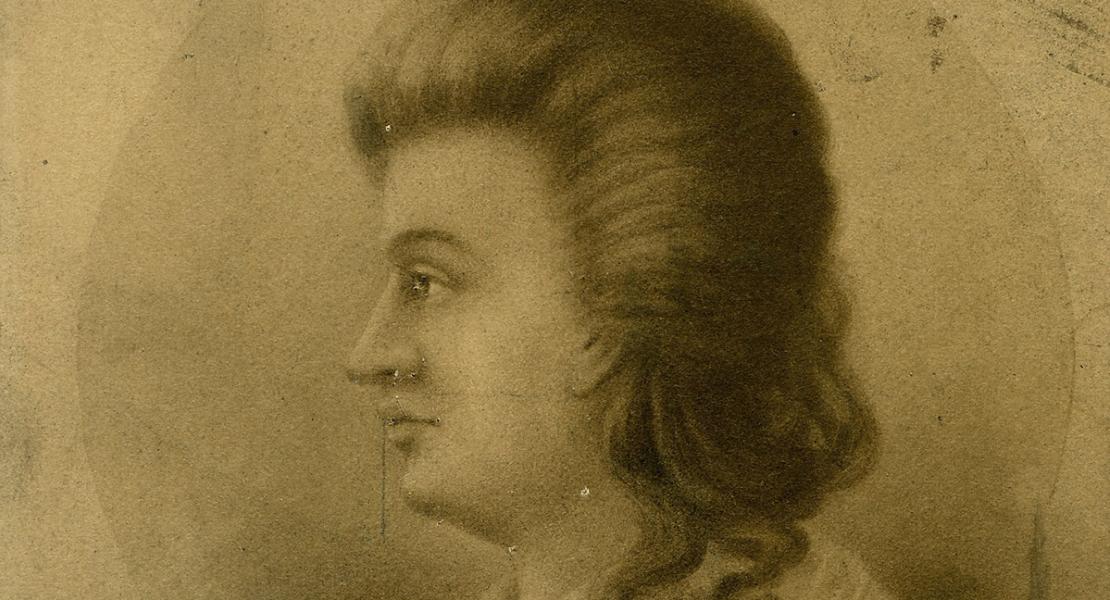 We can guess the character of Anne Lucas Hunt by the good she did during her life and by the legacies she left at her death; altogether she gave more than $1 million in money and real estate to various charitable institutions. With quiet generosity she founded the House of the Good Shepherd, as well as the church and school of St. Mary’s, and gave to the Little Sisters of the Poor.

The facts of Hunt’s life, though, come largely from an undated memoir she wrote as an old woman, recalling her early days in St. Louis. She was born, she wrote, on September 23, 1796, in Montpelier, Pennsylvania, six miles from Pittsburgh. Her father was John B. C. Lucas, an attorney and later a US congressman who had emigrated from Normandy, France; her mother was Anne Sebin Lucas, handsome, well educated, with a shrewd business sense. Anne Lucas Hunt was the only daughter in the family, which grew to include eight sons.

When Anne Lucas was eight years old, the family left Pennsylvania for St. Louis because they were “desirous of having the benefit of French society.” In a journey that took three months, they traveled by flatboat, horse, and keelboat to their new home, where her father was appointed judge of the Louisiana Superior Court and a member of the board of land commissioners.

On his wife’s advice, John B. C. Lucas also began investing in St. Louis real estate. “By purchasing a lot at a time,” wrote Hunt, “he at length came to own all the land from Market Street to St. Charles, and from Fourth Street to Jefferson Avenue. He did not buy it as a speculation, but for what it would produce; it turned out, however, to be an immense speculation, for the whole seven arpents front did not cost him over $700.00, and that property is now worth, I suppose, seventy millions!”

As the daughter of a prominent family, Anne Lucas lived a privileged life. After her mother’s death in 1811, Anne must have also had to manage their large household. Soon her father built a home in the country. “I remember that people told my father that he was not doing a prudent thing in taking me, a fourteen-year-old girl, so far away; that the Indians might carry me off some time when he was down town attending to his business.”

In 1814 Anne Lucas married Captain Theodore Hunt, a former US naval officer who went into partnership with fur trader Manuel Lisa. The couple had eight children, three of whom survived to adulthood. Captain Hunt died in 1832.

By 1832 most of Hunt’s brothers had also died, but the death of her brother Charles Lucas in 1817 was a particularly painful blow. Wounded in his first duel with Thomas Hart Benton, a political rival, Lucas was killed when his opponent demanded a second encounter. Hunt became so fearful of meeting Benton that she and her husband moved to a country home, which they sold in 1820 to Frederick Dent, future father-in-­law of Ulysses S. Grant. Next they moved to what is now Normandy; Hunt christened her home there “the ‘shelter,’ because I kept it as a shelter in my old age in case I should need it.”

Four years after the death of her first husband, Hunt married his cousin, Wilson Price Hunt; as chief American partner of John Jacob Astor’s Pacific Fur Company, he had headed an 1811 fur-trading expedition to Astoria, a tiny outpost at the mouth of the Columbia River, and had returned to St. Louis in 1813. There he became a real estate investor and mill owner. He died in 1842.

Twice widowed, Hunt devoted herself to her family, her charities, and the considerable estate she had inherited from her father, who died in 1842. However, the St. Louis of her youth was also in her thoughts. In her memoirs she recalled wistfully its old forts, Indian mounds, and handsome Chouteau’s Pond. “Around where the Court House now is, prairie chickens, quails and other game were trapped in abundance,” she wrote.

Hunt died at her Lucas Place home on April 13, 1879. Her obituary in the Missouri Republican attested to her generosity of spirit: “Her children and most intimate friends unhesitatingly assert that they never heard her speak slightingly of any person, and when others did so in her presence she invariably reproved them and became herself the defender of the person so spoken of.”

At Hunt’s request, her funeral was devoid of ostentation, with no high mass or drapery around the church. Her coffin was a simple black, with only a silver cross on the lid. Instead of a personal eulogy, she requested that her funeral sermon consist of a warning to the living.