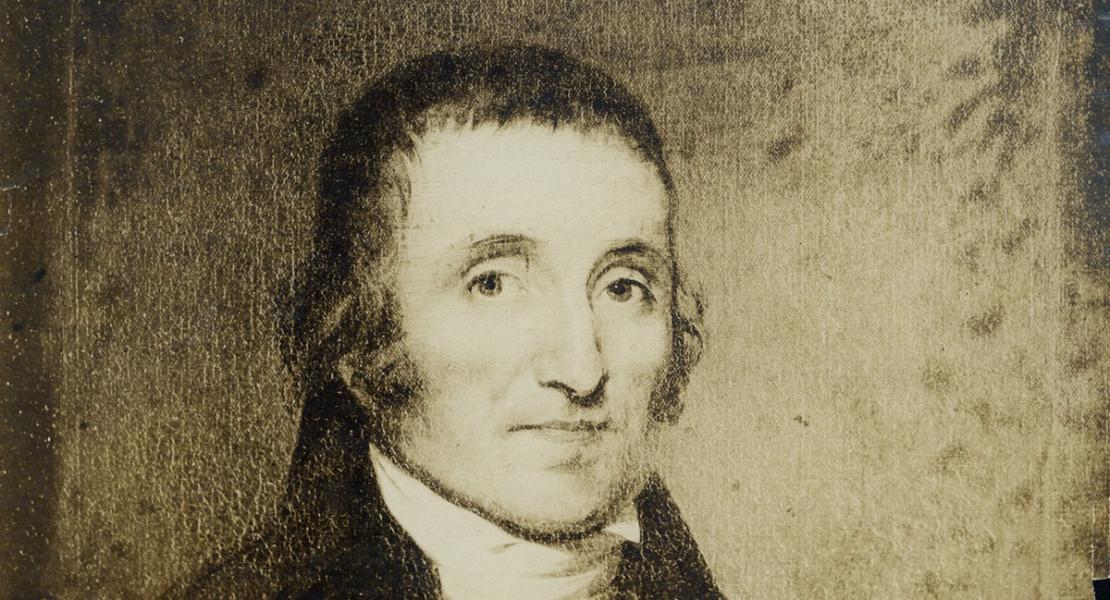 When John B. C. Lucas died in St. Louis in 1842 at the age of eighty-four, his obituary described him as “peculiar in some of his traits of character, but in point of intelligence, in the honesty of his purposes, purity of his intentions and philanthropy of his feelings, he was all a man should have been.” It was a remarkably apt characterization of Lucas, who had been a key player in the rough-and-tumble of territorial politics and one of the more distinctive public figures in early Missouri history. He was sharp-tongued, ill-tempered, prone to passionate outbursts, and disposed to carry grudges. However, he was also intelligent, talented, witty, satirical, politically incorruptible, and unbending in his republican principles. It was hardly surprising that someone who could be alternately so charming and so obstinate spent the greater part of his lengthy life embroiled in controversy.

Jean Baptiste Charles Lucas (later shortened and Americanized to John B. C. Lucas) was born in Pont­Audemer, France, on August 14, 1758. The son of a distinguished and prosperous family, Lucas received an excellent education. He attended the Honfleur and Paris law schools and was graduated from the law department of the University of Caen in 1782. He married Anne Sebin, whom he had met in Honfleur, and returned to the city of his birth to practice law.

Following the American Revolution, Lucas turned his thoughts to the possibility of immigrating to the United States. He admired the new nation’s republican form of government and drew additional inspiration from Benjamin Franklin, the US minister to France, who encouraged him to move to America. Armed with a letter of introduction from Franklin, Lucas and his wife set sail for Philadelphia in 1784. They settled in western Pennsylvania and purchased a small farm on the banks of the Monongahela River, six miles from Pittsburgh, where Lucas took up farming and worked to improve his English. During the 1790s he also participated in occasional trading expeditions that took him as far west as Upper Louisiana’s French settlements on the Mississippi River.

In Pennsylvania, Lucas ventured into politics and participated in meetings associated with the Whiskey Rebellion. He also helped wage a battle against land speculation companies. He served in the Pennsylvania Assembly and later as an associate judge in Allegheny County. In 1802 the voters elected him to represent western Pennsylvania in the US House of Representatives, where among other things he chaired the committee handling legislation dividing Louisiana into the territories of Louisiana and Orleans. His constituents reelected him to a second term in 1804, but before he could take his seat in the Ninth Congress he resigned to accept the dual appointments President Thomas Jefferson offered him as a justice of the territorial superior court and as a member of the board of land commissioners in the newly created Louisiana Territory. Albert Gallatin, Lucas’s close friend and his predecessor in the House of Representatives, had recommended him for the posts.

Lucas arrived in St. Louis with his family in September 1805. Ironically, the French-born American official proved no friend to Upper Louisiana’s French-speaking Creoles, whom he considered unprepared for republican government. After taking up residence in St. Louis, Judge Lucas became a central figure in a bitter political feud swirling about the Louisiana Territory's governor, James Wilkinson.

As a member of the board of land commissioners, Lucas angered the governor by taking vigorous exception to some decisions rendered by the board’s pro-Wilkinson majority favoring the holders of large concessions. Lucas’s determined opposition to the wholesale confirmation of Spanish land titles in Missouri earned him the universal contempt of Louisiana’s larger land claimants. The rigid and doctrinaire Lucas scorned all pleas for leniency in the land-claims cases. His earlier encounters with Pennsylvania land jobbers made the irascible commissioner naturally suspicious of large-scale speculators, and his reading of the evidence in Upper Louisiana convinced him that many of the biggest claims were fraudulent. Although Lucas’s stand probably embodied too narrow an interpretation, the judge did have legitimate cause for opposing the indiscriminate confirmation of titles, especially in cases involving extremely large claims.

Wilkinson’s subsequent removal as governor diminished political infighting in the territory, but Lucas continued to stand firm against the proponents of a more liberal confirmation policy. In 1809, Lucas’s political opponents launched an all-out campaign to have him removed from the board of land commissioners, but the president chose to continue him in that office until the board completed its work in 1812. Meanwhile, Lucas retained his post on the territorial superior court until Missouri became a state.

In the highly charged and intensely personal political culture of early Missouri, Judge Lucas was never far from the whirl of individual feuds and personal grudges. That was especially true in the tragic 1817 episode involving his son Charles and Thomas Hart Benton. The Benton-Lucas imbroglio ended when Charles Lucas lay dead from a mortal wound inflicted by Benton on the infamous dueling ground known as Bloody Island. For the rest of his life the elder Lucas devoted himself to defending his deceased son’s reputation and to discrediting Benton, whom he considered an assassin.

This was not the only tragedy that the Lucas family faced. One son had drowned, another died during the War of 1812, yet another appears to have committed suicide, and at least two others died when they were quite young. Of the nine Lucas children, only two outlived their father: a daughter, Anne Lucas Hunt, and a son, James.

In 1820, John B. C. Lucas announced as a candidate for the Missouri Constitutional Convention. Although he had owned slaves, Lucas declared himself in favor of restricting the further introduction of slavery in Missouri. For him and for most others supporting eventual restriction, the issue was economic, not moral. He touted the advantages of free labor over slave labor in promoting the new state’s long­-term economic development. Lucas, like all other restrictionists, was soundly defeated.

Despite his loss, Lucas made one final try for elective office when he put forward his name for election to the US Senate in 1820. His hatred for Benton, who had announced as a candidate, may have prompted Lucas’s decision to enter the race. The General Assembly chose David Barton and Benton as the state’s first two US senators. Although Lucas managed a respectable third-place finish in the six-man field, Benton’s election was a bitter pill for him to swallow.

Having failed in his bid for elective office, Lucas unsuccessfully solicited appointment as a federal district judge for the new state of Missouri. President James Monroe did nominate him to serve on the Florida Land Claims Commission in 1823, but Lucas declined the post. He retired to private life and devoted his time to the development of his extensive real estate holdings in St. Louis and surrounding areas and to the oversight of his other business interests. When he died in St. Louis on August 29, 1842, Lucas bequeathed a substantial estate to his heirs.