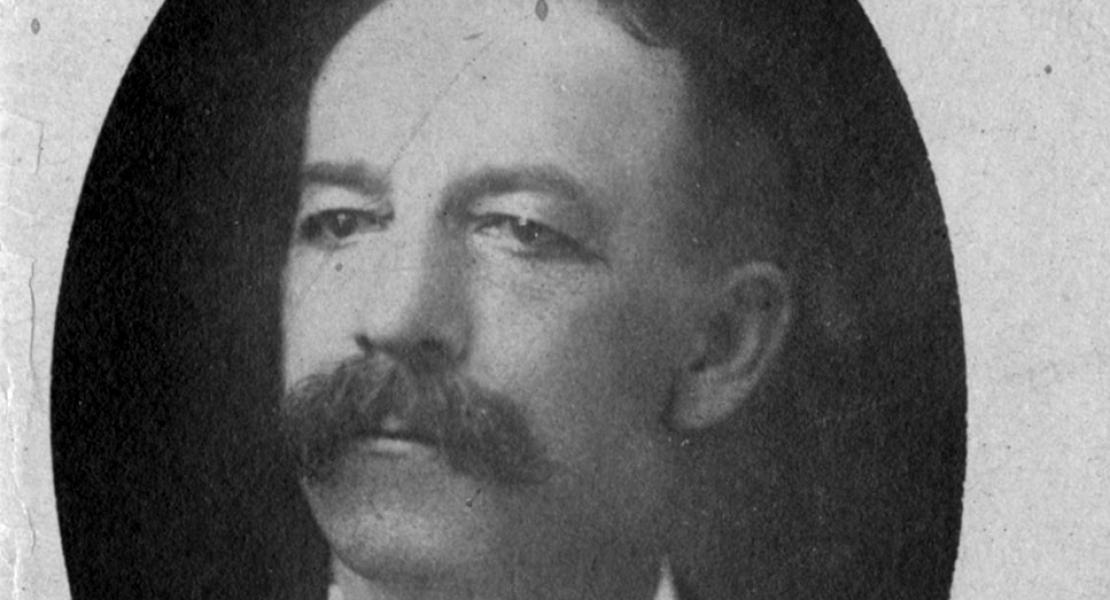 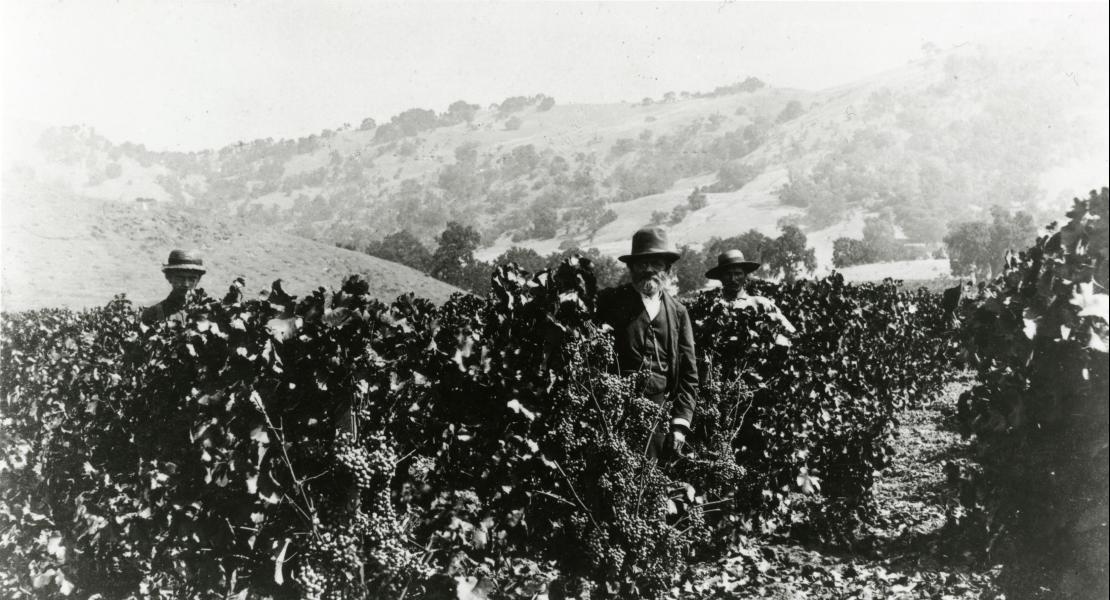 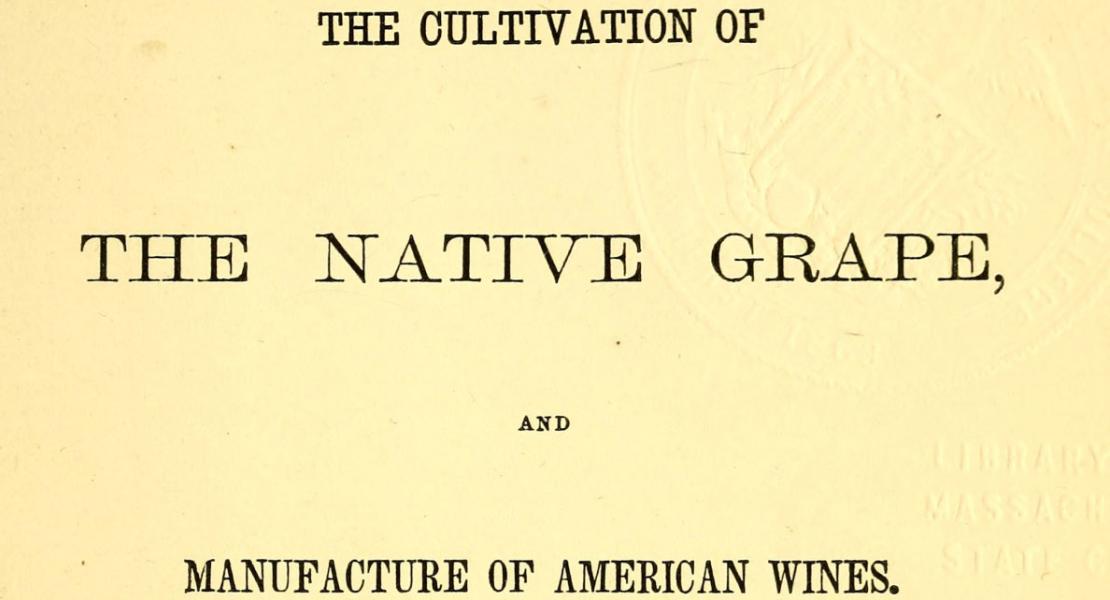 George Husmann was born on November 4, 1827, in Meyenburg, Prussia, the son of J. H. Martin and Louise Charlotte Wesselhoeft Husmann. The elder Husmann, a justice of the peace and the village schoolmaster, was an avid gardener who undoubtedly inspired his son’s future career. Young George attended school for eighteen months in Meyenburg; in later years his older brother Frederick tutored him in English, French, German, and the classics.

In 1837 the Husmanns immigrated to America. Arriving in Philadelphia, the family bought shares in the German Settlement Society, which pledged to found a “New German Fatherland” in America. In the winter of 1838–1839 the Husmanns journeyed to Hermann, Missouri, a colony established in 1837 to promote the society’s ideals.

Hermann’s colonists harvested a grape crop in 1845 and began bottling wine in 1846. By 1847 George Husmann—ultimately the “father” of commercial grape growing in Missouri—had planted the first vineyard on his father’s farm. Little is known, however, of these initial efforts, and in 1850 Husmann left Missouri and grape growing for the California mines.

Upon the death of his brother-in-law in 1852, Husmann returned to Hermann to help his widowed sister manage her farm. With her death he inherited the property and began planting vineyards and orchards on what became a model fruit farm in Missouri. In 1854 he married Louise Caroline Keilmann.

During the 1850s Husmann’s fame as a viticulturist spread throughout the state. Initially successful with the Norton’s Virginia grape, he introduced the Concord variety into Missouri in 1855. In 1859 he built a winery in Hermann and helped found the Missouri Fruit Growers’ Association, which became the Missouri Horticultural Society in 1861. In 1862 he published his first of several works on grape growing.

Like most Missouri Germans, Husmann sided with the Union during the Civil War. He saw eighteen months’ service, primarily with the Fourth Missouri Infantry Volunteers, and was mustered out in February 1863. He served as a member of the state’s constitutional convention of 1865, voting against the constitution because it denied Black men suffrage.

In 1865 Husmann became a charter member of the Missouri State Board of Agriculture, serving as vice president from 1867 to 1868. In 1866 he produced his influential Cultivation of the Native Grape and Manufacture of American Wines, a work published in four editions. The following year he became one of the directors of Hermann’s first bank. During the presidential election of 1868 he served as an elector from Missouri’s Second District for Republican Ulysses S. Grant and his running mate Schuyler Colfax.

Husmann once more severed his ties with Hermann in 1869, moving to Bluffton and serving as president of the Bluffton Wine Company until 1872. During this period he became a member of the board of curators of the University of Missouri and continued his advocacy of viticulture and wine making. From 1869 to 1873 he published the monthly Grape Culturist, the only contemporary American journal devoted to the subject. In February 1869 he held a “universal trial of native wines” in his St. Louis cellars, the purpose of which was “to convince the public that good wines can be produced in America.” Clearly, his interest was expanding beyond its Missouri roots. Indeed, he and other Missouri grape growers achieved international renown in the late 1870s and 1880s when they helped save French vineyards from the devastation of phylloxera (root louse) by shipping resistant American stock to replace French vines.

The depression year 1871 presented Husmann with challenges, as the price of grapes and wine plummeted. His winery a failure, he moved to Sedalia in 1872 and began Husmann Nurseries, but the business struggled. From 1878 to 1881 he turned to academia, becoming a professor and the superintendent of pomology and forestry at the University of Missouri in Columbia. Responsible for extensive new plantings at the university, he used the campus as a laboratory for students whom he employed as laborers. He continued to publish, and in 1880 he helped found the Mississippi Valley Horticultural Society, which became the American Horticultural Society in 1885.

In 1881 Husmann was invited to become manager of Talcoa Vineyards in Napa, California, and thus returned to viticulture and wine making. In California his career flourished, and his wines attained acclaim. He wrote extensively until the end of his life, in 1888 publishing Grape Culture and Wine Making in California, a standard authority for many years. Husmann died on November 5, 1902, in Napa, California.