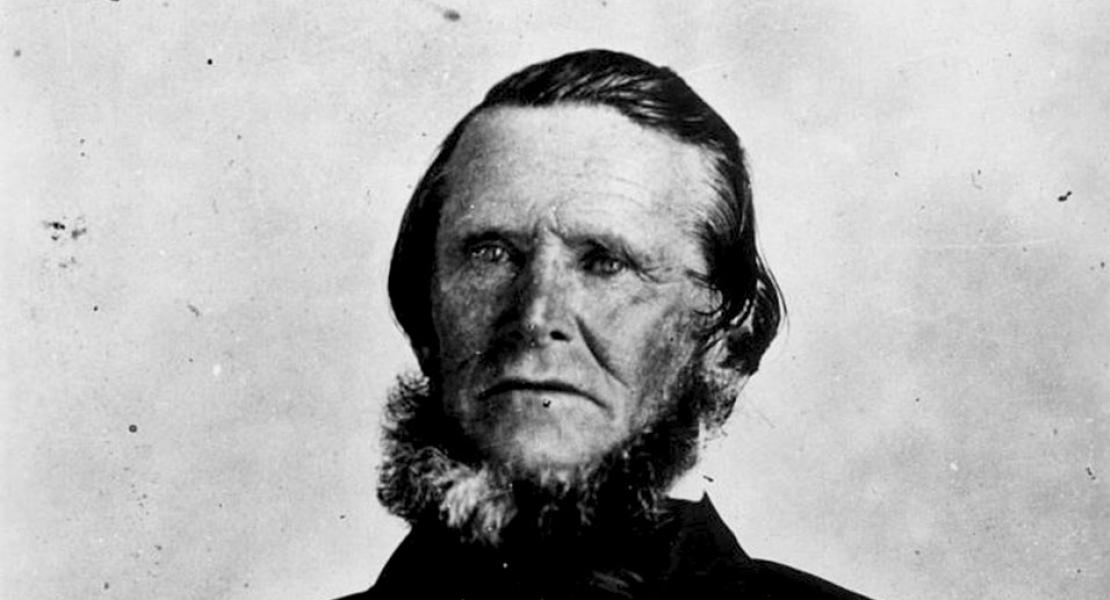 Hancock Lee Jackson was born in Madison County, Kentucky, on May 12, 1796. He married Ursula Oldham in the spring of 1821, and the following fall the couple moved to Missouri. They first made their home in Howard County, but the next year they moved to a farm in the still unorganized area that became Randolph County. The Jacksons had eleven children.

When Randolph County was formed in 1829, Jackson was elected as its first sheriff. He served as a member of the 1845 Missouri Constitutional Convention, but he did not play an important role in the deliberations that produced a document subsequently rejected by Missouri voters.

Following the US declaration of war against Mexico in 1846, Jackson raised a company of Missouri volunteers, who elected him as their captain. Serving under Brigadier General Sterling Price, Jackson and his company fought in at least two engagements during the Mexican War. His military service in the popular war undoubtedly helped him advance his political career in Missouri.

Jackson’s first major venture into state politics resulted in his election to the state senate in 1850 as a Democrat. Two years later he won reelection, but he appears to have been an inactive participant in the General Assembly’s proceedings. When the Democratic Party’s internal differences widened, Jackson aligned himself with its pro-Southern, states’ rights wing.

When Democrats at the 1856 state party convention in Jefferson City failed to reach an agreement on a state platform or a candidate for governor, they split into two groups. Meeting separately, one faction composed of old Jacksonians nominated Thomas Hart Benton. The other faction, representing a majority of the original convention members, nominated the strong pro-Southern, proslavery, states’ rights team of Trusten W. Polk for governor and Hancock Lee Jackson for lieutenant governor. The Polk-Jackson wing emerged from the meetings carrying the regular Democratic Party label and won the election.

Like many lieutenant governors, Jackson was not much involved in the governing process. But Polk’s service as governor proved short. Early in 1857 the General Assembly elected him to become one of the state’s US senators, and on February 27 Jackson assumed office as the acting governor. His stint was also brief because the constitution required officials to call a special election to choose a new governor. The following August Missouri voters elected Robert Marcellus Stewart, who took office as governor on October 22, 1857.

During his abbreviated term, Jackson made only one major address to the General Assembly. In his message he called attention to the ongoing economic depression and the hardships that it created. He placed much of the blame on a credit and banking system that, he asserted, had exceeded its lawful limits. He called upon the General Assembly to remedy the questionable practices involving railroad construction, especially the state’s heavy reliance on bonded indebtedness to promote and build railroads. Jackson emphasized the paramount importance of upholding the honor and credit of the state. He recommended a tax to pay interest on the bonds, state representation on railroad boards, and stricter regulation of banking operations and currency issues. His few months as acting governor gave him little chance to secure passage of his recommendations. Although Jackson recognized the serious nature and widespread effects of the depression, he did not recommend any direct state action to stimulate economic recovery or bring relief in cases of individual hardships.

The divisive slavery question and the resulting sectional tensions that threatened to disrupt the Union dominated the elections of 1860 in Missouri and produced a split in the Democratic Party. Claiborne Fox Jackson, Hancock’s cousin, ran for governor on the regular Democratic ticket. An extreme pro-Southern faction nominated Hancock to run against Claiborne, but he made a poor showing in the contest as the great majority of Missourians voted for candidates they considered moderates.

Just prior to the 1860 presidential election, outgoing president James Buchanan appointed Jackson as US marshal for the Western District of Missouri. Following Abraham Lincoln’s election, Jackson resigned the post and returned to private life. Moving to Salem, Oregon, in 1865, he died on March 19, 1876.

Leopard, Buel, and Floyd C. Shoemaker, eds. The Messages and Proclamations of the Governors of the State of Missouri. Vol. 3. Columbia: State Historical Society of Missouri, 1922.