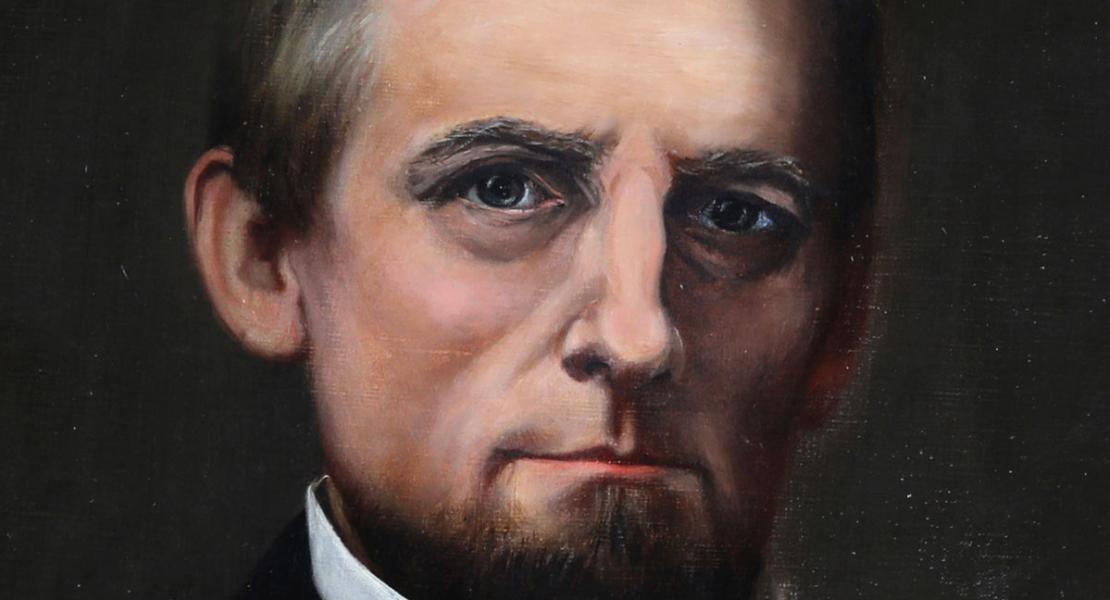 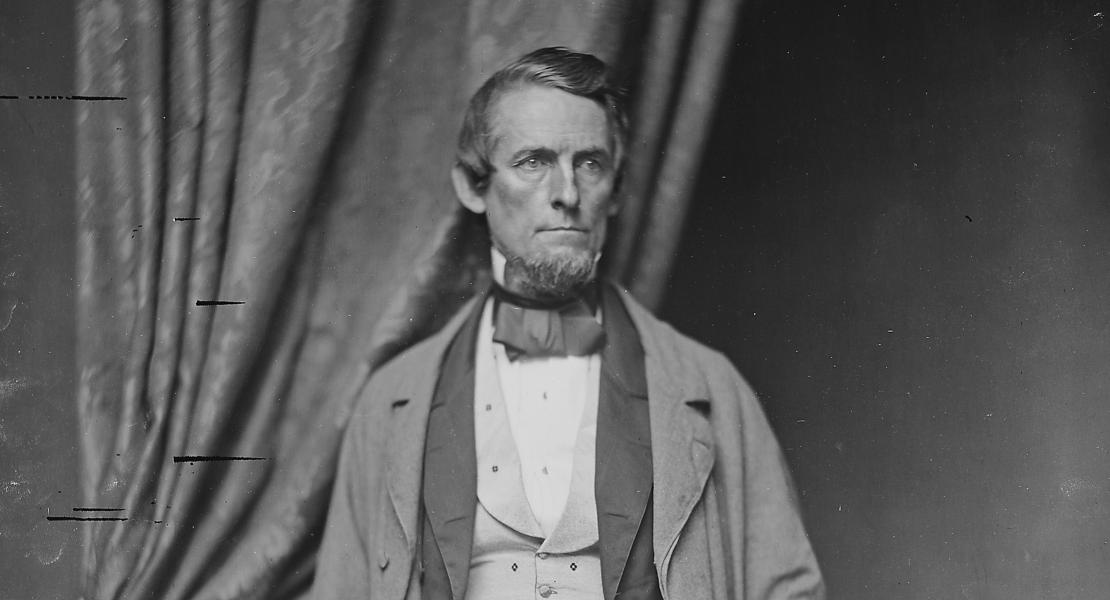 Trusten W. Polk, governor of Missouri and a US senator, was born in Sussex County, Delaware, on May 29, 1811. His parents, William Nutter and Levinia Causey Polk, were both members of politically prominent families. Polk attended the common schools in Delaware, Cambridge Academy on Maryland’s eastern shore, and Yale College in New Haven, Connecticut, from which he graduated with honors in 1831. He wanted to enter the ministry, but at his father’s urging he read law with James Rogers, Delaware’s longtime attorney general. After two additional years of study at the Yale Law School, he returned briefly to his native state.

In 1835 Polk moved to St. Louis, where he established a successful legal practice. Although he had been thwarted in his desire to become a minister, he retained strong religious convictions. In St. Louis he embraced the temperance movement, and in 1836 the local Young Men’s Temperance Society elected him president. Polk met Elizabeth Skinner in St. Louis, where they were married on December 26, 1837. The couple had five children.

Polk took an active interest in education. He assisted with the creation of the Missouri Medical College in St. Louis and joined early discussions organized by Henry S. Geyer  to win support for the establishment of a state university. He served briefly as St. Louis’s city counselor until poor health forced him to resign. In an effort to recuperate, he left Missouri and embarked upon a lengthy trip that took him to Cuba, the eastern United States, and Canada. He used his sabbatical to study educational systems in the places he visited.

Polk returned to Missouri in the fall of 1845, following his selection as a delegate to the Missouri Constitutional Convention. As chair of the Committee on Education he urged the delegates to include an article in the proposed constitution mandating state support for free public schools. He also assumed an active role in the debates about banks and corporations.

Although he was an urban Democrat, Polk embraced the hard currency and proslavery doctrines favored by his party’s outstate agrarian factions. In 1854 he ran unsuccessfully for a seat in the US House of Representatives, but two years later the anti-Benton Democrats chose him as their gubernatorial nominee. Polk defeated Thomas Hart Benton and American Party candidate R. C. Ewing with a plurality of 41 percent in the three-way race. His election marked an important victory for members of the influential Central Clique.

Polk took the oath of office as governor of Missouri on January 5, 1857, but eight days later members of the General Assembly chose him to succeed Geyer in the US Senate. On February 27, after serving less than two months of his term as governor, Polk resigned to take his seat in the Senate.

Polk’s strong pro-Southern convictions became apparent during the emerging national crisis. In 1858 he spoke out strongly in defense of slavery and the admission of Kansas to the Union under the Lecompton Constitution. During the secession crisis in early 1861, Polk called for “irrepealable” constitutional amendments to protect slavery and solemnly proclaimed that Missouri would take its position with the South if the federal government insisted on forcing the abolition issue.

Polk’s Southern sympathies caused him to absent himself from the session of Congress that began on December 2, 1861. In January 1862 the Senate expelled Polk and Missouri’s other senator, Waldo Porter Johnson, on grounds of disloyalty and engaging in rebellion against the US government. By then Polk had cast his lot with the Confederate cause.

Following his departure from the national capital, Polk returned briefly to St. Louis before heading to New Madrid and possibly Memphis. By mid-­December he had joined Sterling Price and the Missouri State Guard. He served under Price’s command until Jefferson Davis named him presiding judge of the Trans-Mississippi Department and ordered him to report to Little Rock, Arkansas.

When Polk learned that federal authorities had banished his family from St. Louis, he set out to find them. Sometime in 1863 Union forces captured Polk and sent him to the Johnson’s Island prison camp in Sandusky, Ohio, where his health rapidly deteriorated. This prompted an agreement to parole him to St. Louis, reportedly in exchange for a Union prisoner in Mississippi.

Following his release, Polk eventually found his way back to Arkansas, where he joined Price and participated in his 1864 Missouri campaign. After they retreated to Arkansas, Polk resumed his duties there as presiding judge. When the war ended he fled to Mexico in search of Price. They traveled together for a short time, but Polk decided to return to the United States to rejoin his family.

The Polks moved back to St. Louis, and Trusten Polk reopened his law practice as soon as the US Supreme Court declared Missouri’s test oath for lawyers unconstitutional. He also continued his lifelong commitment to the work of the Methodist Episcopal Church South until his death in St. Louis on April 16, 1876.

Messages and Proclamations of the Governors of the State of Missouri. Volume 3. Compiled and edited by Buel Leopard and Floyd C. Shoemaker. Columbia: State Historical Society of Missouri, 1922.