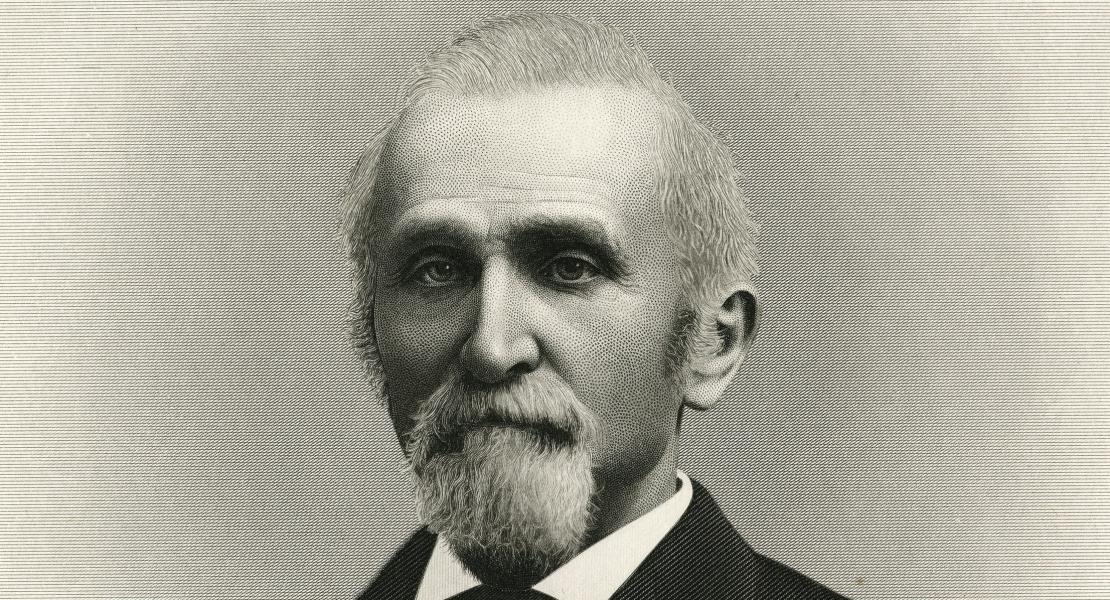 Henry Kayser was a key figure in the intertwined worlds of politics and public improvements in mid­nineteenth-century St. Louis. In his long tenure as the city engineer, he oversaw the challenge of improving the urban landscape to meet the needs of an exploding population, while recognizing the limits of a public treasury that grew at a far slower rate.

Born in 1811 near the city of Koblenz, in western Germany, Kayser was apprenticed to an architect at the age of seventeen. Four years later, under the spell of the writings of Gottfried Duden, he left Europe with a sister and brother (his brother, Alexander, became an influential land attorney and Democratic politician in St. Louis) for Missouri. Arriving in the area in June 1833, the Kaysers initially tried their hands at farming outside the city. By his own account, Henry proved unsuited for farm life, and moved to the city a year and a half later.

Kayser returned to his areas of professional expertise, establishing himself as a drafting instructor and preparing maps for the Bureau of Indian Affairs and the surveyor general of public lands. In 1838 he was appointed to assist Robert E. Lee, then a captain in the Army Corps of Engineers; over the following three years, as Lee traveled back and forth from his home in Virginia, Kayser supervised his plans for a levee to close the channel between Bloody Island and the Illinois shore of the Mississippi River. The levee, when completed, helped ensure a deeper channel—and thereby encouraged commerce—along the St. Louis waterfront.

Concurrent with his work on the harbor, Kayser was appointed as the first city engineer. In this post, which he held from 1839 to 1857 (with the exception of the years 1850–1853 and 1855–1856), he oversaw some of the most visible and most problematic functions of municipal government: street construction and repair, water supply, sewerage, harbor maintenance, and public buildings construction. Despite his later professed intention “to keep the City as much as possible out of debt and rest its progress, by the exercise of economy upon its own resources,” he was forced to confront the multiplying demands of a city expanding in both size and population.

The expansion of the city limits, first in 1841 and again in 1855, saw St. Louis’s area mushroom from less than five to seventeen square miles. During the same period, the city’s population grew from sixteen thousand to more than one hundred thousand. Faced with low legal limits on public debt, the engineer’s office confronted the task of stretching municipal tax revenues to supply adequate streets, sewers, and drinking water across the city. Special laws mandating street improvements in the “New Limits” areas further drained funding needed to complete and repair impassable roadways in the denser center of the city. St. Louisans, however, were not inclined to forgive their public officials. Kayser, like others who served as city engineer, protested that the continually poor repair of the city’s streets “must be ascribed to want of means, and not of attention and management on the part of this office.” Insufficient funds and continuous expansion forced him to rely on cheaply quarried macadam pavement, a surface of crushed limestone that turned to dust in a dry spell or to mud after a day of rain.

In the matter of sewers, Kayser was similarly burdened by political and financial exigency. The sinkhole that stagnated at the intersection of Ninth and Biddle Streets (only the most offensive of dozens throughout the city) was known to St. Louisans as “Kayser’s Pond” until he ventured to drain it through the simplest, most expedient method available: opening it from underneath. In the 1840s such simple solutions (as well as the use of streets themselves as rudimentary sewers) constituted Kayser’s response to the drainage problem.

Finally, in 1849, the city’s cholera epidemic spurred passage of a state act providing for a general sewer system for the city. The two principal sewers designed in the wake of the sewerage act, beneath Biddle Street and Poplar Street (the latter, the city’s largest, drained the Mill Creek valley through a complex culvert that bypassed the meandering bed of the creek itself), were initiated by Kayser’s successor, Samuel Ryan Curtis, in the early 1850s. Nevertheless, Kayser supervised subsequent work on the projects, and he was instrumental in designing the overall sewerage system.

Kayser’s skills and political acumen kept him in demand for a variety of public duties. He applied his engineering expertise to expanding the city reservoir’s capacity in the 1850s, and he served on the board that investigated the collapse of the Gasconade Bridge in 1855. He served two terms as a Democratic representative in the city council, from 1858 to 1862, then retired from public office to devote his attention to land speculation. He returned to city hall for two years as city comptroller, from 1871 to 1873, but was slowed by failing health, including the progressively profound deafness that plagued him beginning in 1874. Kayser died in Hoboken, New Jersey, in 1884, on his return from a family trip to Europe.