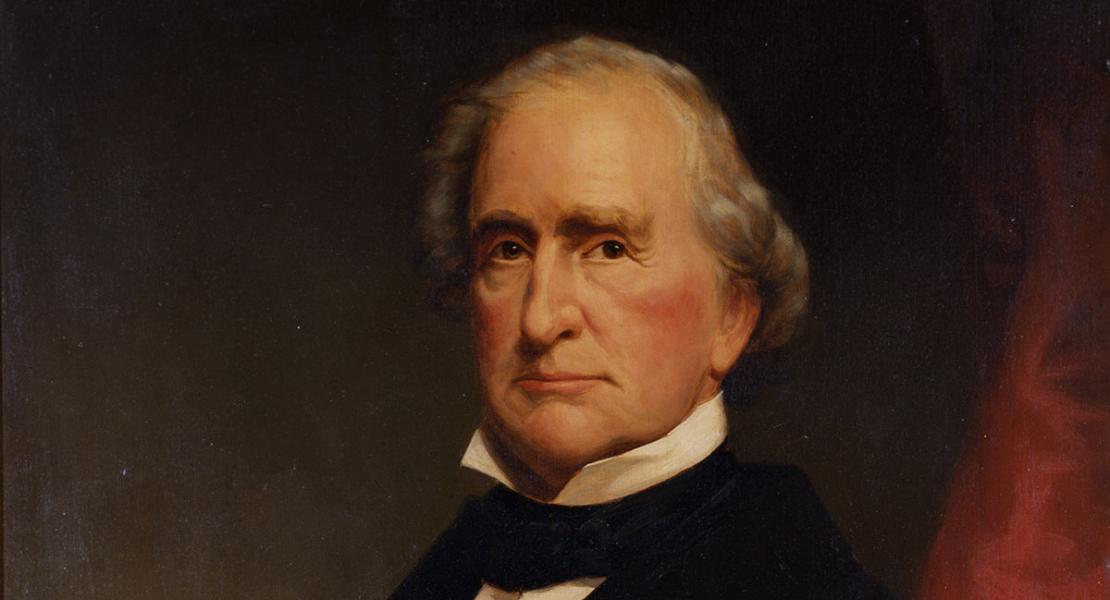 Born on December 1, 1789, in Fayette County, Pennsylvania, William Carr Lane spent most of his adult life west of the Mississippi as a physician and a politician. The army offered Lane his first opportunity to practice medicine and introduced him to the city of St. Louis, where he made his home. His lengthy political career in Missouri was highlighted by his election as St. Louis’s first mayor. Late in his life Lane accepted the post of governor of the territory of New Mexico. After serving for less than a year in that capacity, he returned to St. Louis, where he resided until his death in 1863.

One of eleven children of Presley Carr and Sarah Stephenson Lane, William Carr Lane received his initial education in Pennsylvania. In 1811 he left Pennsylvania to study medicine in Louisville, Kentucky. After two years his mentor left for New Orleans, leaving Lane behind without immediate prospects. Looking for adventure, he joined the US Infantry in 1813 to fight Native Americans led by Tecumseh and the Shawnee Prophet in the Northwest Territory. While Lane was at Fort Harrison the Indians made themselves scarce, but bilious fever flourished. As a result of his earlier training in medicine, Lane was appointed surgeon’s mate and went to work fighting the fever. He spent the next six years alternately pursuing his medical education at the University of Pennsylvania and serving in the army.

On February 26, 1818, Lane married Mary Ewing of Vincennes, Indiana, whom he had met during his frequent assignments at Fort Harrison. A year later, probably at Mary’s request, he resigned his commission in the army and settled in St. Louis. The couple subsequently produced eight children; unfortunately, only the two eldest daughters survived to adulthood and outlived their parents.

In addition to practicing medicine, Lane almost immediately involved himself in Missouri politics. In 1819 he was elected as one of five trustees of the “borough,” as St. Louis was then called. By 1821 he was quartermaster general for the state of Missouri. He held this post until 1823, when St. Louisans elected him as the city’s first mayor. Lane proved such a popular choice that he served five consecutive annual terms before focusing his attention on state politics. In 1826, while still mayor, he ran for and won one of St. Louis’s four seats in the Missouri House of Representatives. St. Louisans reelected him to this office again in 1830 and 1832. In 1837 he resumed his position as mayor of St. Louis. Lane maintained this post for the next two terms. During his time as mayor, Lane was credited with the initial planning of St. Louis city government. In 1839, after serving nine terms as mayor and three terms as a state legislator, Lane declared himself finished with politics and retired to his medical practice and his family for the next thirteen years.

Following the premature death of his favorite son, Victor, Lane grew discontented with St. Louis life and readily accepted President Millard Fillmore’s invitation to serve as New Mexico’s second territorial governor. Despite the protestations of family and friends who feared for his health and safety, the sixty-three-year-old Lane embarked on the arduous journey to the western territory. On September 13, 1852, he was inaugurated as governor, but he held the post for only ten months. At the end of his term he ran for New Mexico’s lone seat in the US House of Representatives, but lost to a native New Mexican. Although he contested the election, Lane ultimately returned to his home and family in St. Louis.

With the coming of the Civil War, Lane showed himself to be an ardent states’ righter and a secessionist. This position put him at odds with many of his neighbors, friends, and family members. Because he was so outspoken about his beliefs, Lane feared he might be arrested by the Unionist forces running St. Louis during the war, though this never came to pass. After several weeks of illness, William Carr Lane died in his home in St. Louis on January 6, 1863.

Krista Camenzind holds a PhD in Colonial American History from the University of California–San Diego.

Darby, John F. Personal Recollections of Many Prominent People Whom I Have Known and of Events—Especially of Those Relating to the History of St. Louis—During the First Half of the Present Century. St. Louis: G. I. Jones, 1880.