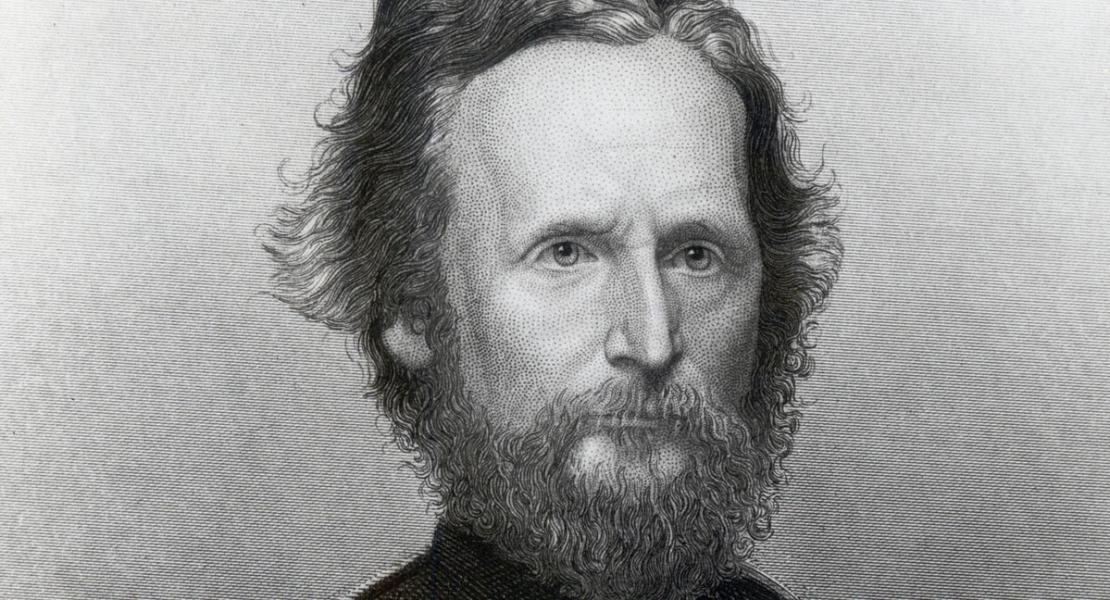 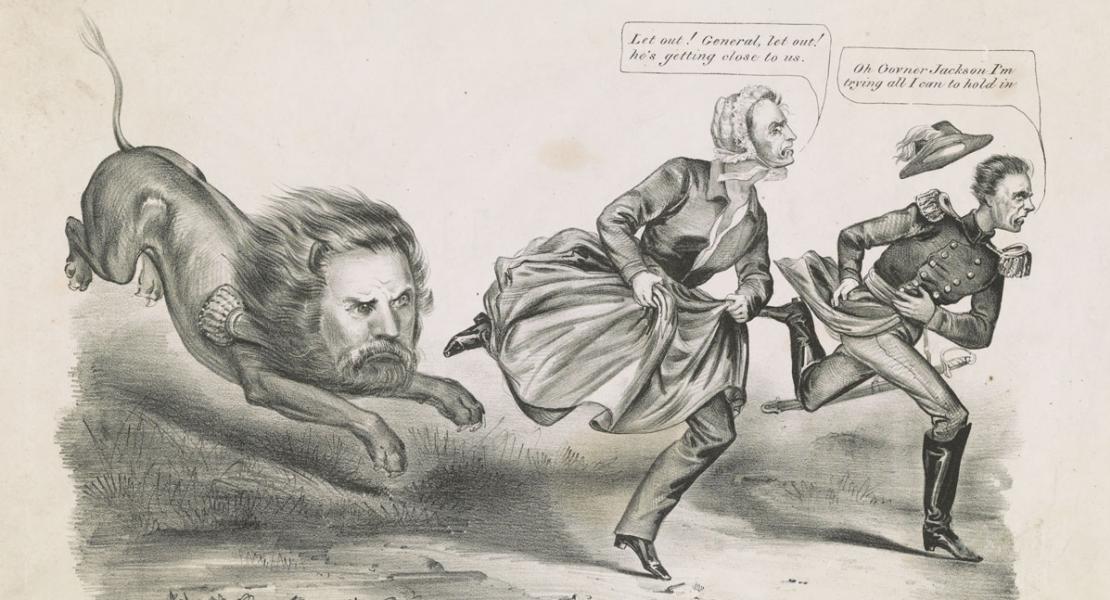 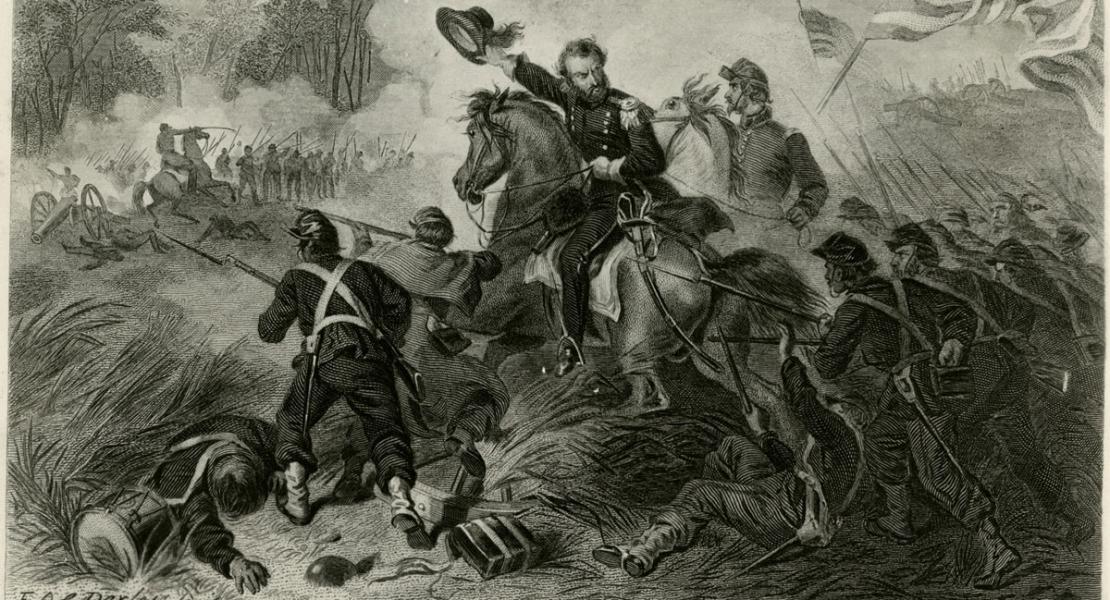 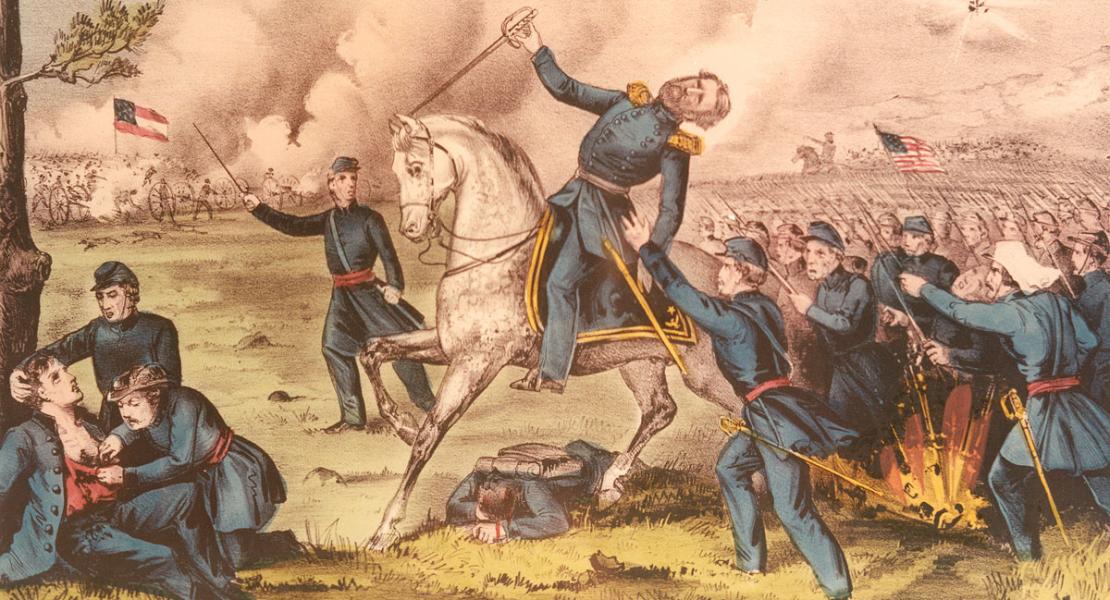 Nathaniel Lyon, a US Army officer from 1841 to 1861, was born in rural Ashford (later Eastford), Connecticut, on July 14, 1818, the son of Amasa Lyon, a farmer and local lawyer, and Kezia Knowlton Lyon. The seventh of nine children, Nathaniel received a common school education and in 1837 gained entrance to West Point, from which he graduated in 1841, eleventh in his class of fifty-two. Choosing the infantry over more prestigious branches of military services, Lyon was assigned to the Second US Infantry in Florida. After participating in campaigns against the Seminoles, he was transferred in 1842 to Sackets Harbor, New York.

Possessing a violent, hair-trigger temper, Lyon received a court-martial for the brutal beating and torture of an unruly enlisted man. A sworn bachelor, he was fiercely independent and throughout his career proved a contentious and nearly unpromotable subordinate in peacetime. However, during the Mexican War he showed himself an able leader in battle, participated in the fighting at Contreras and Churubusco, was wounded, and received promotion to brevet captain for gallantry.

Lyon’s unique beliefs about religion caused him to believe himself the Creator’s chosen instrument for meting out punishment. Always rigid, he began to demonstrate an appetite for inflicting pain after his return from Mexico. Transferred to California, Lyon led an expedition in 1850 to seek and punish local Indians accused of murdering three white residents. The action resulted in the extermination of two complete tribes. Moreover, Lyon’s draconian punishments of enlisted men became notorious. Convinced of his own moral righteousness, Lyon questioned authority at all levels, and upon being transferred to Kansas in 1854 caused the court-martial of a superior officer and the removal from office of the territory’s first governor by exposing a fraudulent land sale involving government property near the first territorial capital of Pawnee and involving a land company for which Lyon himself served as trustee.

In Kansas, Lyon witnessed firsthand the violence that erupted over the government’s attempt to settle the issue of slavery by means of the Kansas-Nebraska Act. He attributed the territory’s bitter strife to the “contemptible arrogance” of its proslavery faction. Accusing the federal government of “subserviency to the slave interest,” Lyon resolved to use all means to thwart the “Slavocracy,” which he regarded as the source of the nation’s woes. He allowed soldiers at Fort Riley to vote illegally in a territorial election, assisted Free State Jayhawkers to escape arrest, and, though not an abolitionist, used government horses to assist fugitive slaves. By 1860 Lyon had become a strident adherent to the Republican Party, and wrote newspaper editorials supporting candidate Abraham Lincoln and condemning the Democratic Party, which he had formerly supported.

In January 1861 Lyon and two companies of infantry were transferred to St. Louis to bolster the defenses of the city’s federal arsenal. Although Missouri remained in the Union, it boasted an active secessionist minority, which included the governor and much of the legislature. Arriving on February 6, Lyon believed the city’s military leadership to be of dubious loyalty and feared an attack upon the arsenal from the city’s secessionists. He quickly acquainted himself with Frank Blair, a US congressman and leader of St. Louis’s radical Republicans, brother to one of Lincoln’s cabinet members, and son of one of the party’s founders. In return for rifles with which to arm the city’s large German element, which ardently supported the federal government, Blair offered Lyon immunity from the administration for any actions he might take in attempting to protect the arsenal. Together they forced the removal of Lyon’s moderate department commander, General William S. Harney. Lyon then assumed charge of both the department and the arsenal. He enlisted into federal service several thousand Home Guard militia, mostly German immigrants, and on May 10 captured the state militia encampment on the city’s outskirts, many of whose members were secessionists. While returning to the arsenal, Lyon’s untrained Home Guards fired upon a civilian mob, killing at least twenty-eight, most of whom were unarmed. Several days of riots ensued, causing thousands to flee the city. Lyon’s actions hastened thousands of recruits to flock to State Guard camps around the state and caused a jittery state legislature to pass a military bill providing the governor, Claiborne Fox Jackson, with unprecedented power to arm the state for war.

The day after the fracas, Harney was reinstated as commander of the department. In an effort to preserve peace, he and former governor Sterling Price, commander of the State Guard, drafted and published an agreement stating that the state forces would assume responsibility for keeping order in Missouri. Believing the Harney-Price agreement a mere subterfuge to afford the governor time to arm the state troops, Lyon—a newly commissioned brigadier general of volunteers—and Blair obtained an order from Lincoln that relieved Harney of command for the second time. Lyon again assumed temporary command of the department.

On June 11 Jackson and Price met with Lyon and Blair at the Planters’ House Hotel in St. Louis. After four hours Lyon abruptly ended the conference by declaring, “This means war.” Within forty-eight hours he launched an expedition up the Missouri River toward Jefferson City, causing the governor and the secessionist legislators to flee. After occupying the state capital, Lyon pressed on toward Boonville, where State Guard forces were concentrated. On June 16 his troops easily scattered the Guardsmen, who joined with Confederate forces in Arkansas under Brigadier General Ben McCulloch to form a force more than double the size of Lyon’s. When Price learned that Lyon was at Springfield, he convinced McCulloch to move north into Missouri. Continuing south, Lyon skirmished with the Confederates at Dug Springs, then withdrew to Springfield. McCulloch and Price encamped on Wilson’s Creek south of the city.

Losing troops daily to enlistment expirations, most of whom were St. Louis Home Guardsmen, Lyon feared the loss of his entire force without giving battle. He agreed to a rash plan by one of his subordinates, Colonel Franz Sigel, the popular leader of Lyon’s German troops, and divided his force for a surprise pincer attack. At dawn on August 10 Lyon and Sigel struck the encamped Confederates. At the battle’s height, Lyon was shot in the heart and killed. After four hours of pitched fighting, the federal force withdrew.

In defeat, Lyon became the North’s first battlefield hero, and its first general to fall. After a whistle­stop procession, he was buried in Phoenixville, Connecticut.