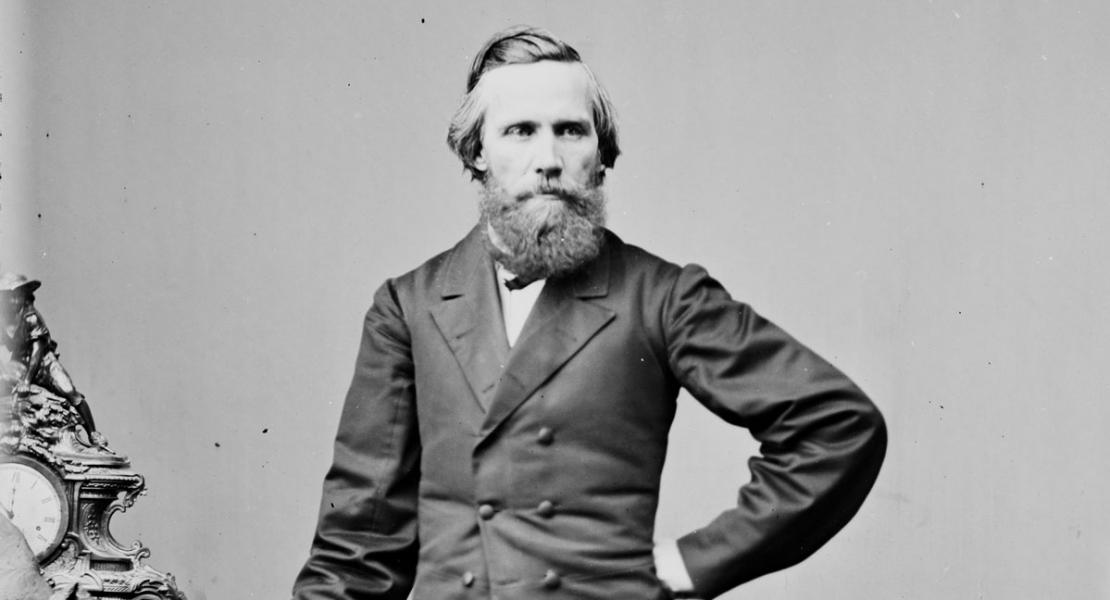 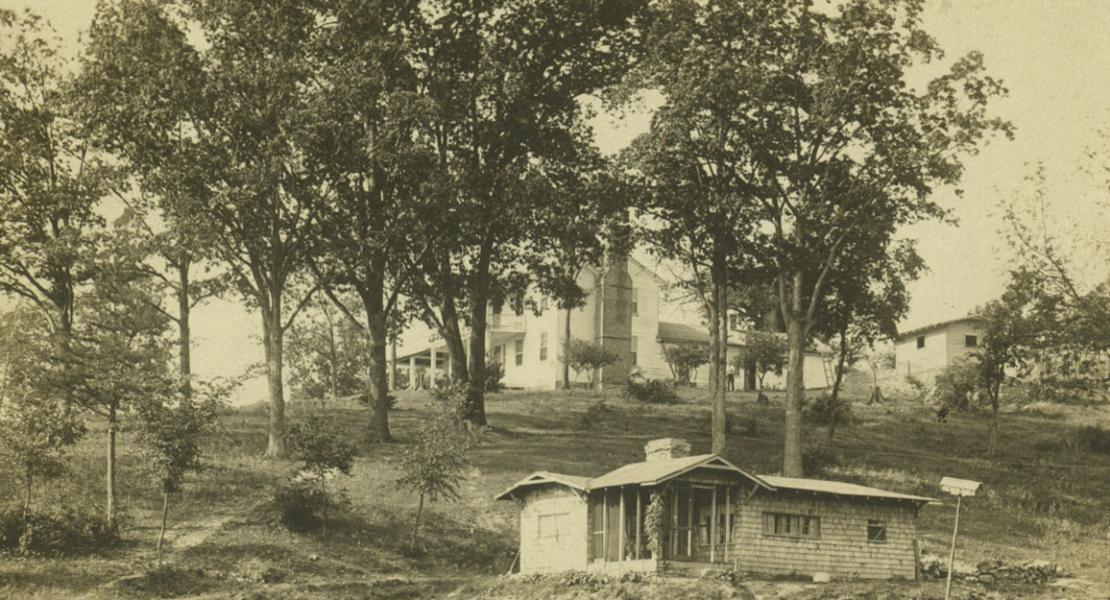 Joseph Washington McClurg was Missouri’s second and final Radical Republican governor, serving from 1869 to 1871. His one term represented the brief zenith and quick demise of Radical political power in the state. Both before and after his gubernatorial years, McClurg engaged in frontier trading and industry, along with promoting the Union cause. He was also known as an honest Presbyterian who consistently acted upon the dictates of his conscience.

Young Joseph continued exploring new horizons. He traveled to Texas, studied law and passed the bar, and served as clerk of a circuit court from 1839 to 1841. All the while he corresponded with Mary Johnson, a lady whom he had met in Farmington, Missouri. He returned to Missouri in 1841 to marry her. Mary McClurg’s stepfather, William Murphy, was a frontier entrepreneur, and following his marriage Joseph entered a decades-long association with Murphy and other relatives in merchandising throughout the interior counties of the Ozarks.

McClurg mined lead and managed a country mercantile in southwest Missouri before joining the ’49ers gold rush to California. He stayed in the Golden State for two years, selling goods in a store. He returned to Missouri in June 1851, and within a year he joined relatives on the Osage River in a wholesale and retail business known as McClurg, Murphy, and Jones. By 1855 the firm influenced the creation of a new county seat at Linn Creek, which was superior to Erie in Camden County as a steamboat landing. By 1861 McClurg’s partners had died, and new family members, E. B. Torbert and Marshall Johnson, took their places.

At the beginning of the Civil War, McClurg immediately took up the cause of the Union and organized the Osage Regiment of Missouri Volunteers and the Hickory County Battalion. Now Colonel McClurg, he suffered the loss of his wife in October 1861. After assigning the care of his children to family and friends, he turned his energies toward the war. He attended the emancipation convention in Jefferson City in June 1862, and the following November voters in the Fifth District elected him to the first of three congressional terms. In the explosive years of the 1860s McClurg joined storekeepers, country doctors, and other nonprofessional politicians who assumed leadership roles.

The Rebels retaliated against McClurg for his role as a catalyst for Unionists in the Osage country. Southern sympathizers burned his mercantile store in Linn Creek twice; the losses totaled more than $150,000 in goods by March 1863. The congressman wrote letters comforting his children who were in Ohio attending school, and by the fall of 1863 he more forcefully established his support for abolition by freeing his own slaves. During the summer of that fateful year, McClurg’s business partner Torbert fled to St. Louis with the firm’s remaining resources from Linn Creek. McClurg subsequently labored for a generation to methodically retire his debts and interest payments, and to satisfy former partner Torbert’s financial demands for merchandise McClurg had given to the Union cause.

In July 1868 Missouri’s Radicals nominated McClurg for governor. At the height of Radical political power he defeated the Democratic nominee, congressman John S. Phelps of Springfield. As a result of the “Drake Constitution” of 1865, McClurg became the first two-year-term governor. McClurg’s devotion to the intransigent Charles Daniel Drake caused his own political fortunes to wane with those of Missouri’s “truest” Radical.

McClurg was not an orator, but his term was free of scandal, and he followed a conservative fiscal policy that cut the state debt in half. His eldest daughter, Fannie McClurg, was hostess at the Governor’s Mansion, where polite society heard the governor’s lectures against the use of alcoholic beverages, a sentiment not favored by the heavy German population along the Missouri River. Noteworthy in his administration were the foundings of the Rolla School of Mines, the School of Agriculture at the University of Missouri, and state teachers colleges at Warrensburg and Kirksville.

McClurg’s tenure, however, was known more as a time of growing dissatisfaction with disfranchisement and party strife. The governor pleased Drake by purging dissidents among state employees and requiring that 5 percent of the remaining employees’ annual salaries be donated to the Radical campaign fund. Other voices in Missouri, however, called for an end to Radical-sponsored restrictions on voting and the rights of citizenship. This sentiment eventually led to the establishment of the Liberal Republican Party, which brought about the end of Radicalism in Missouri. Postwar society and business relations between former combatants demanded full political participation by all, according to the Liberal Republicans. Although the Radicals nominated McClurg again, Liberal Republican B. Gratz Brown, with Democratic support, defeated him in 1870 in a landslide victory.

In 1871 the fifty-two-year-old McClurg returned to Linn Creek to again take up his varied business enterprises of merchandising, mining, steamboats, and land speculation. Once again, family members, sons-in-law Charles Draper and Marshall Johnson, formed a new business, Draper, McClurg, and Company. Profits in merchandising fueled exploration and excavation of surface lead and iron in Missouri’s central lead district near the Osage River. The company operated as many as four steamboats on the Osage and Missouri Rivers. Their shipping points became trade centers for railroad ties more than for metals as the economic depression in the 1870s spelled an end to their prospecting for minerals.

The former governor did succeed in gaining government contracts for improvements on the Osage River. Removal of sandbars and channeling revived the lower Osage traffic. Men who worked for the Presbyterian McClurg remembered his intolerance of profanity and his insistence on resting by the riverside on Sundays, regardless of the urgency of their work.

By 1885 profits were low, and creditors and the courts seized McClurg’s steamer, Emma. Within the year he sold his Camden County lands, Linn Creek town lots, and his 1850s country mansion. In 1886, instead of retirement, the entrepreneur and family members headed for a new homestead on the high plains of South Dakota. A year later Charles Draper brought them back to Lebanon.

In 1889 McClurg received an appointment as government land office receiver in Springfield, Missouri. For four years the registrar worked in what would be his final political job. In 1893 he returned to Lebanon, where he taught Sunday school, visited the public schools, and took an active village elder’s role in local society. On December 2, 1900, he died at the Charles Draper farm north of Lebanon.